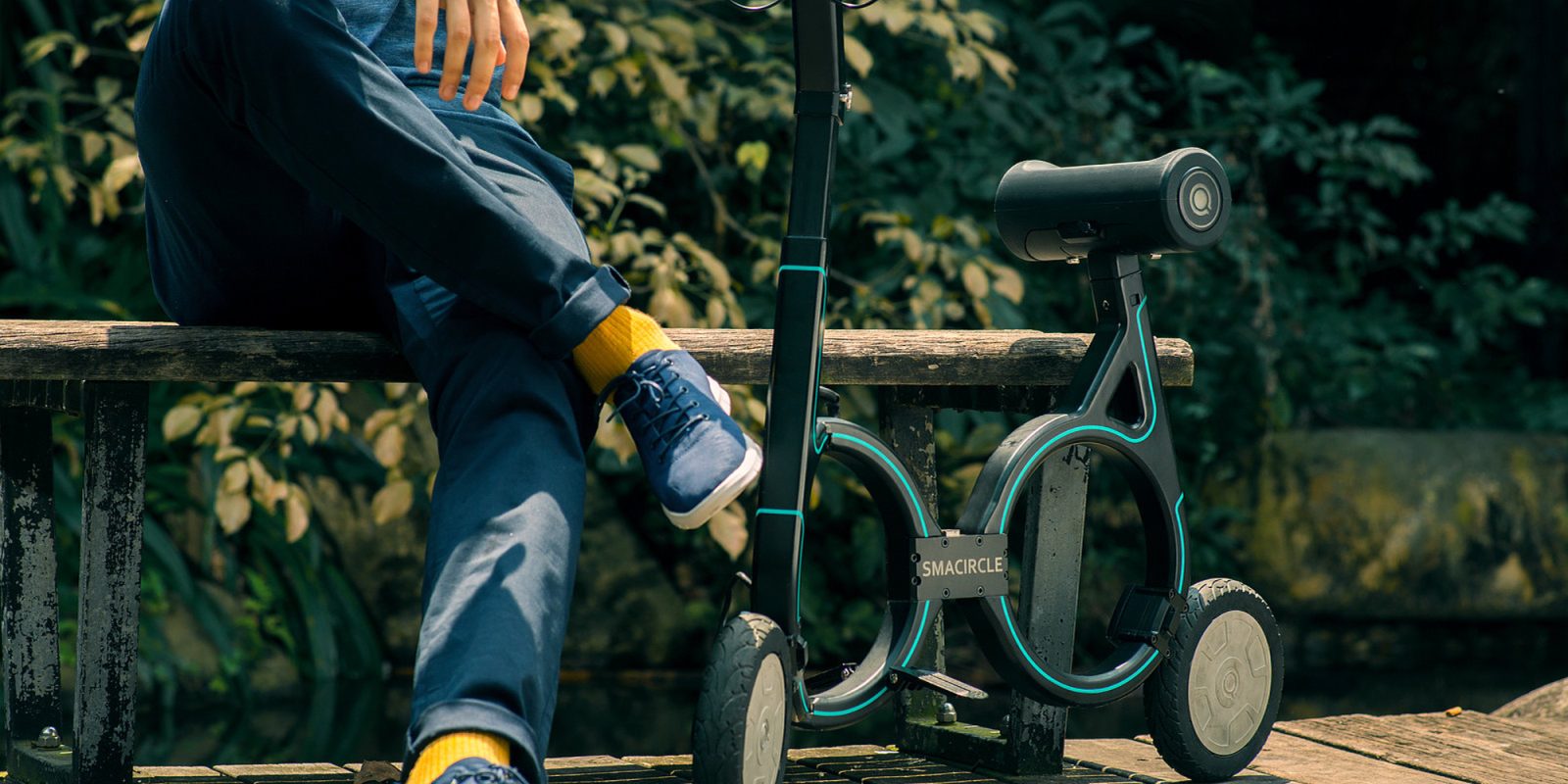 If you’ve kept up with any of our past eBike coverage you’re probably well aware of the benefits they offer riders. Often times though, we don’t focus on the drawbacks of many eBike models. Most notably, heavy or bulky frames make it difficult to transport when not in use. Coming to us from Indiegogo, Smacircle S1 solves this annoyance with the ability to collapse and fit into a backpack with ease.

We’ve taken look at foldable eBikes in the past, but the Smacircle S1 is by far one of the smallest we’ve covered. The creators themselves actually contend that Smacircle S1 is “the world’s most compact and lightweight eBike”.

Weighing in at only 15.4-lbs, the vehicle’s design is centered around a variety of folding mechanisms, allowing it to take on a more compact form adequate for traveling. By following five steps, you can easily collapse the eBike to fit in your backpack, which is one of its hallmark features. Comprised of a ‘premium’ carbon fiber frame, it can even carry up to 220lbs. 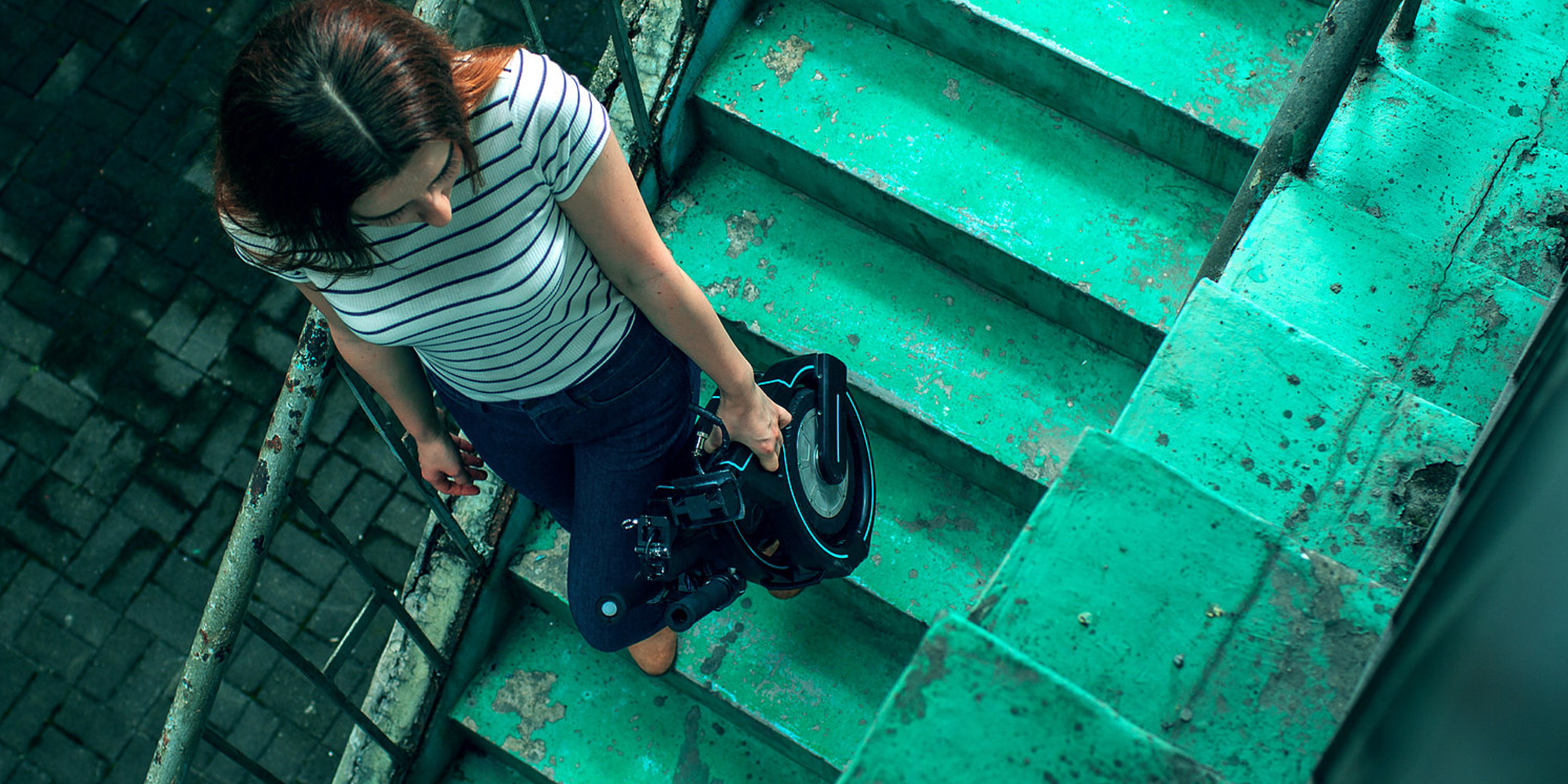 Customization on the other hand isn’t a real focus of the company. At launch, the eBike will be available in two color schemes, black with blue accents, or black with white detailing. Smacircle’s design can also fit a wide range of riders with adjustable handlebar and seat positions.

Despite the impressively small form-factor of the eBike, it still packs quite a punch in the features department. Most notably, Smacircle can clock top speeds of 12.4 mph, which is fairly impressive for a vehicle this compact. You can expect around a 12 mile range on each charge, which makes it more well-suited to quick trips around town than anything else. 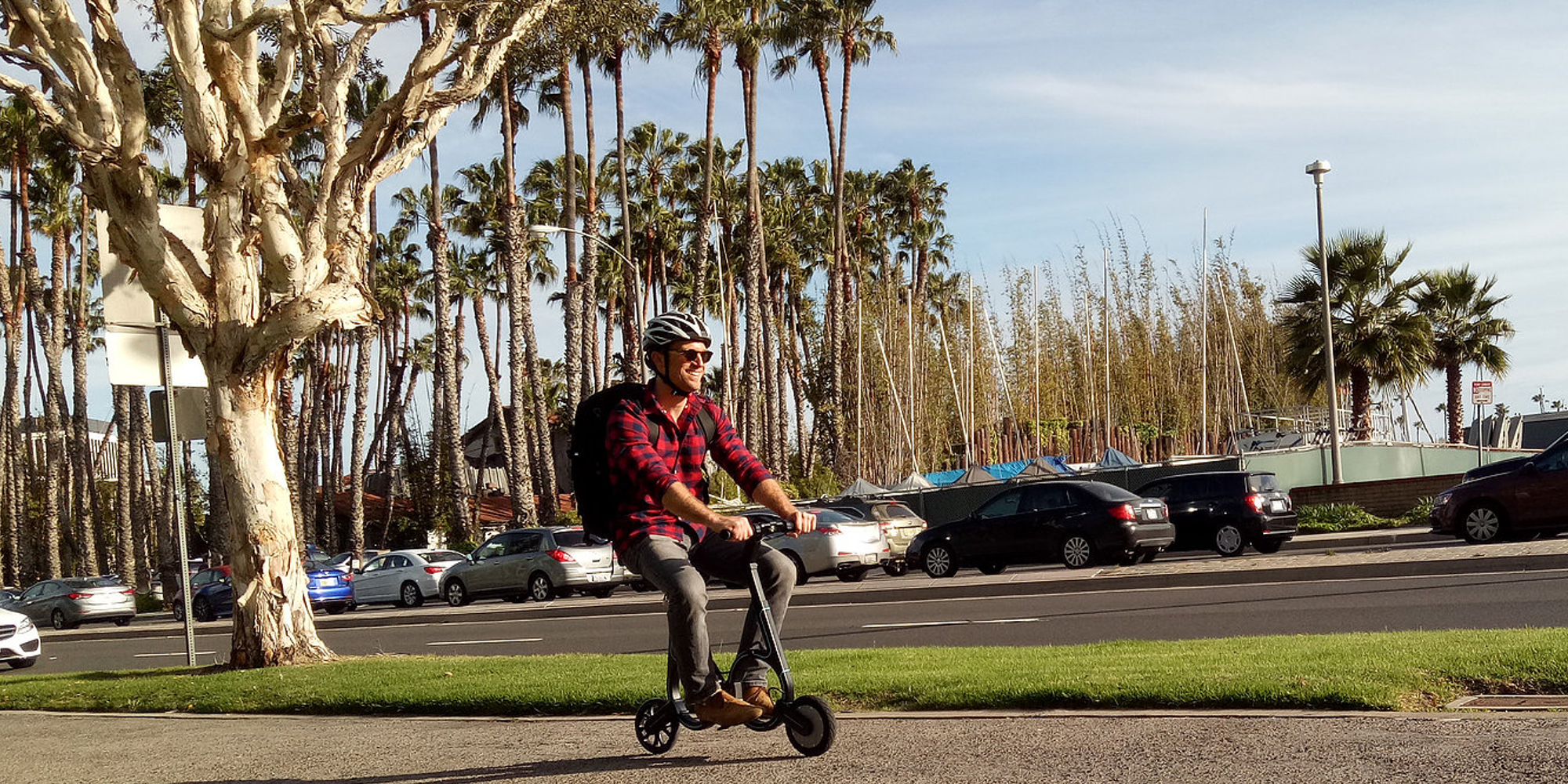 The inclusion of electronic brakes is also highly worthwhile, which allow for faster stop times and consequently increased safety while riding. A USB port allows you to charge your smartphone from the bike’s battery, which is a nice added touch.

As with most other eBikes, the Smacircle S1 pairs with a companion iOS and Android application. The app provides several basic features like supplying usage stats, current battery levels and tweaking performance-based settings. It also enhances the security of the eBike by allowing you to electronically lock and unlock your ride.

Smacircle S1 certainly packs a lot of impressive features into its lightweight design, but it isn’t as versatile as other eBikes on the market. With the limited range, it seems less equipped for commuting on longer trips. However if you value mobility and ease of transportation, then Smacircle is absolutely a top contender.

If you’re in the market for a new ride for your daily commute and are into the crowdfunding scene, Smacircle S1 can be preordered on Indiegogo starting at the early bird special price of $649. The campaign is already well underway, having raised $102,604, which is an impressive 342% of the original goal. If all goes well, Smacircle will be shipping to backers later this year in October.

Ebikes can be heavy, bulky and take up valuable space. Smacircle invented the S1 to combat this. At only 19 inches lengthways and able to fold up in five simple steps it can fit easily into a standard sized backpack. Alternatively, you can carry it easily by holding onto the saddle.

Cruise through the city at 12mph at up to a 15° angle with the Smacircle S1 ebike. Powered by a 240W motor the S1 can easily manage uneven sidewalks so there’s no need to run for the bus, join a busy subway carriage, or pay for parking. Let Smacircle do the hard work for you, there’s no peddling needed!

Compared to regular brakes which stop the vehicle through friction, Smacircle S1 has embedded electronic brakes which a more sensitive allowing you to stop faster and more safely. Simply press on the brake button on the handlebars and the motor will stop.