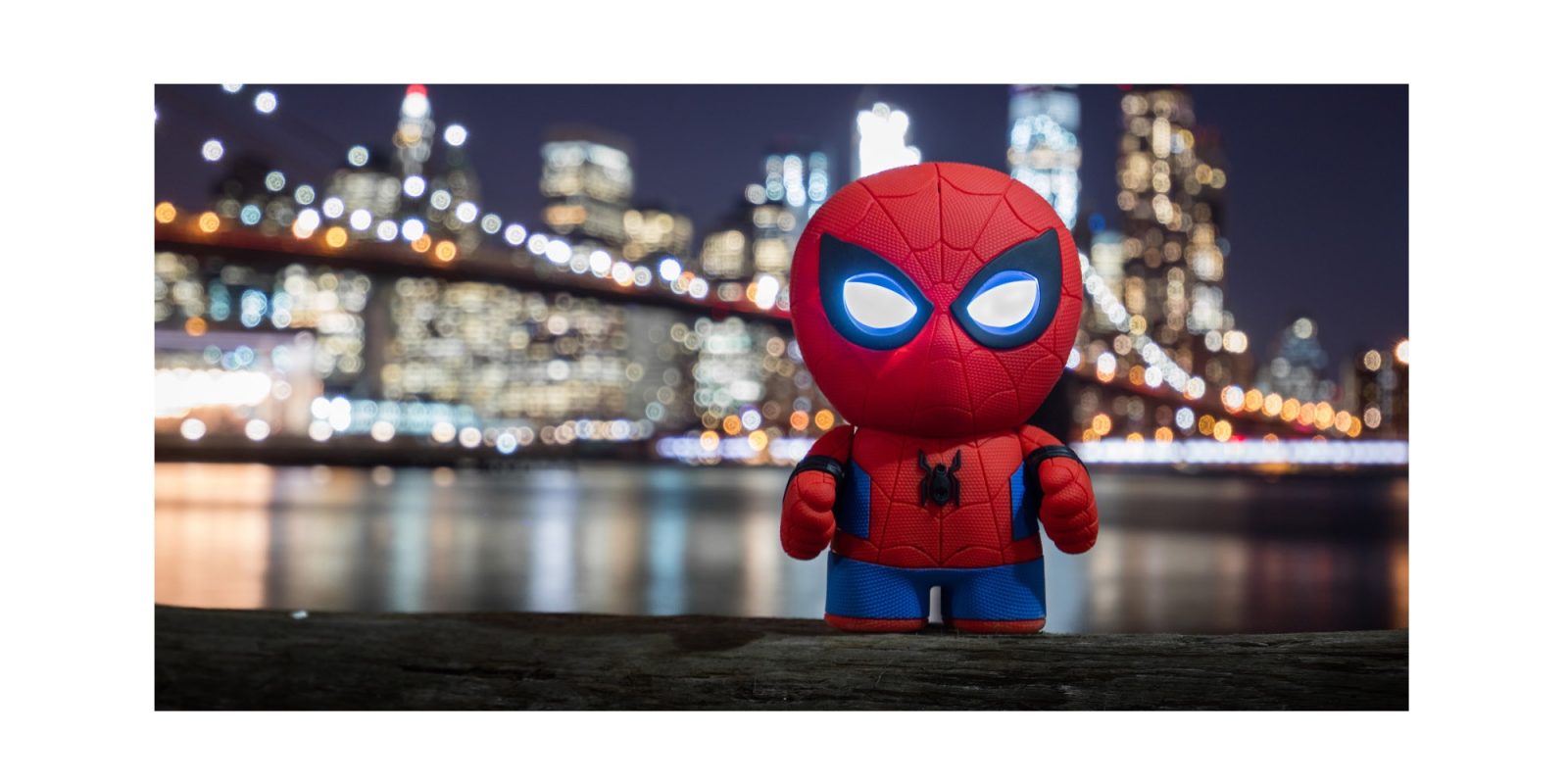 Less than a month ago, Sphero launched a new toy far different than the remote controlled rollers they’re typically known for. The Disney inspired RC car Lightning McQueen was a pretty big departure and now the company has introduced an even stranger product, the App-Enabled Spider-Man. It’s as if they took an Amazon Echo and filled it to the brim with jokes, stories and all around comic book knowledge to keep your 10-year old entertained.

Sphero has said that this Spider-Man’s conversational engine was built “from scratch” — so basically he’s “a full Android device” inside a superhero shaped toy. Also, it’s important to note that while your main interactions will be through voice, you’ll also need either an iOS or an Android app to control him. Spider-Man responds to several voice prompts, provided you press the spider emblem on his body first. It recognizes “tell a joke,” “let’s hang out,” “tell me a story,” or “what time is it,” among a few others. There are choose-your-own-adventure stories that involve decisions along the way.

Using the free app for Android or iOS, you’ll be able to go on missions with Spider-Man where you’ll battle against his rather extensive pool of villains. Sphero even made missions where you can choose your own adventure stories with different paths that are affected by your decisions. You’ll be able to create a superhero alter-ego of your own, and the app will track your progress as you make your way through the content.

What makes this toy great for kids is that it only stores relevant information on the internal chip and won’t store or share anything in the cloud. Unlike Siri, Alexa, and Google Assistant, which share voice commands with the cloud to process what’s being asked, all of Spider-Man’s voice recognition is handled by a dedicated chip inside the toy. Nothing is shared or stored online, and while Spider-Man does connect to your home’s Wi-Fi, that connection is only used for downloading software updates or additional content.