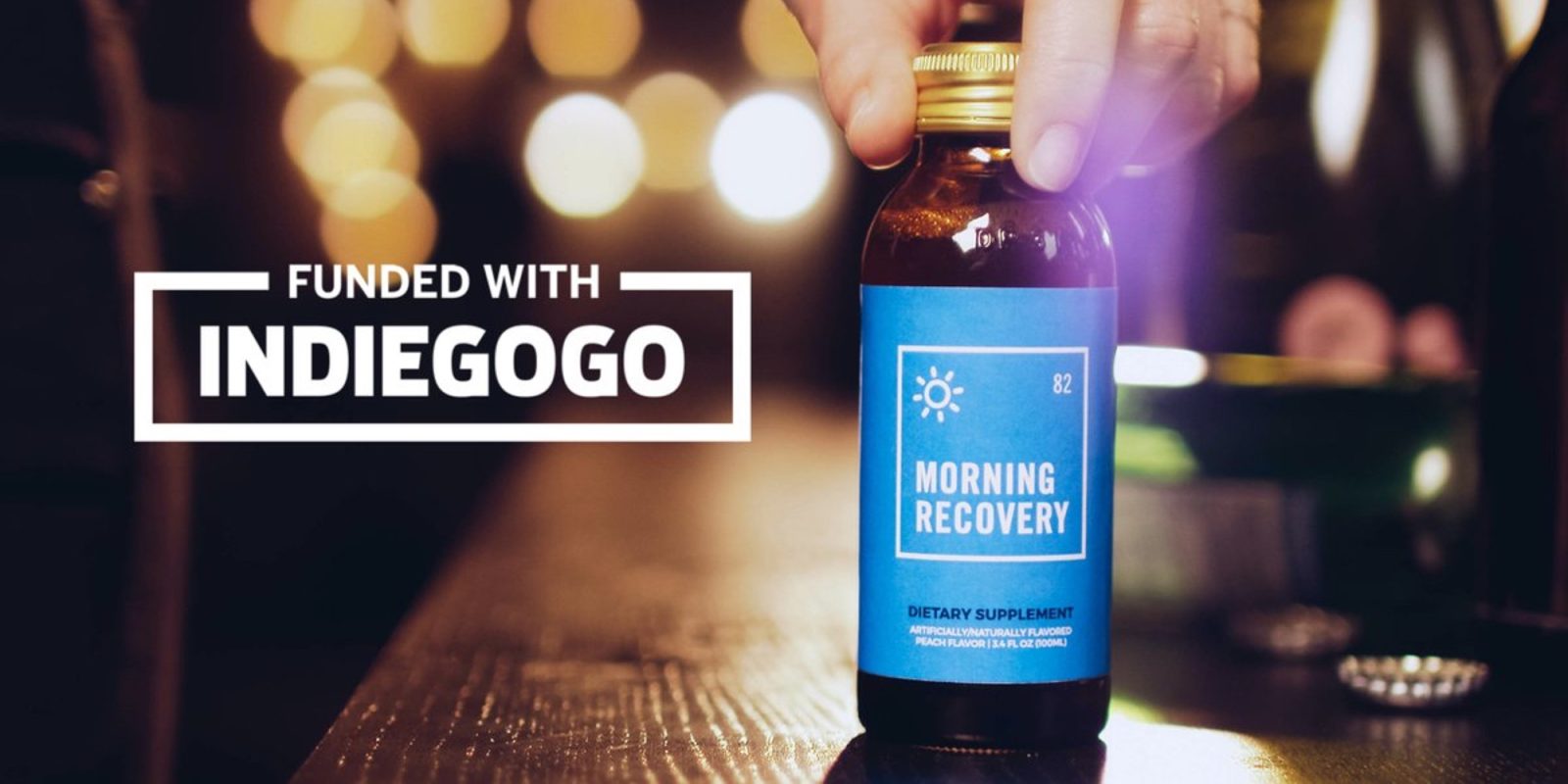 According to the Morning Recovery website, you can soon say “good-bye to rough mornings” and “drink smarter”. Morning Recovery is a new hangover cure created using dietary supplements and it’s scientifically formulated to boost your body’s natural response to alcohol. You can just drink it before going to bed and wake up feeling great. It’s currently being funded on Indiegogo where it already met its $25,000 goal within the first hour of going live.

For Lee, a former Tesla engineer who quit his job to launch Morning Recovery, it became less about copying so-called hangover cures and more about improving upon them: “Purity matters, quantity matters and you need a lot of other ingredients for hangovers. You lose vitamin B and vitamin C in the body. These are all things that are not in the current hangover drinks.”

Lee met up with USC researcher of neurology, Dr. Jing Liang, to learn more about the effective ingredient in the fight against the dreaded hangover called dihydromyricetin (DHM) found in holvenia dulcis, the Oriental raisin tree. When you consume too much alcohol, a toxin called acetaldehyde which is formed through the breakdown of alcohol in your liver builds up and causes cellular inflammation. This in turn causes sweating, nausea and vomiting. DHM breaks down the acetaldehyde into acetic acid, which allows your body to flush it out.

All of the ingredients in Morning Recovery are FDA-compliant, as they are approved as a food supplement, but Lee is hoping his formula eventually gets full FDA-approval as a drug and an actual cure for hangovers.

Morning Recovery will also be supporting MADD by donating $1 for every order they receive in the last 10 days of its campaign. MADD is a non-profit organization whose mission is to end drunk driving and support the victims of these crimes.

Currently, you can jump on the early-bird campaign and get a 12-pack of Morning Recovery with a pledge of $45 and have it shipped to you next month.