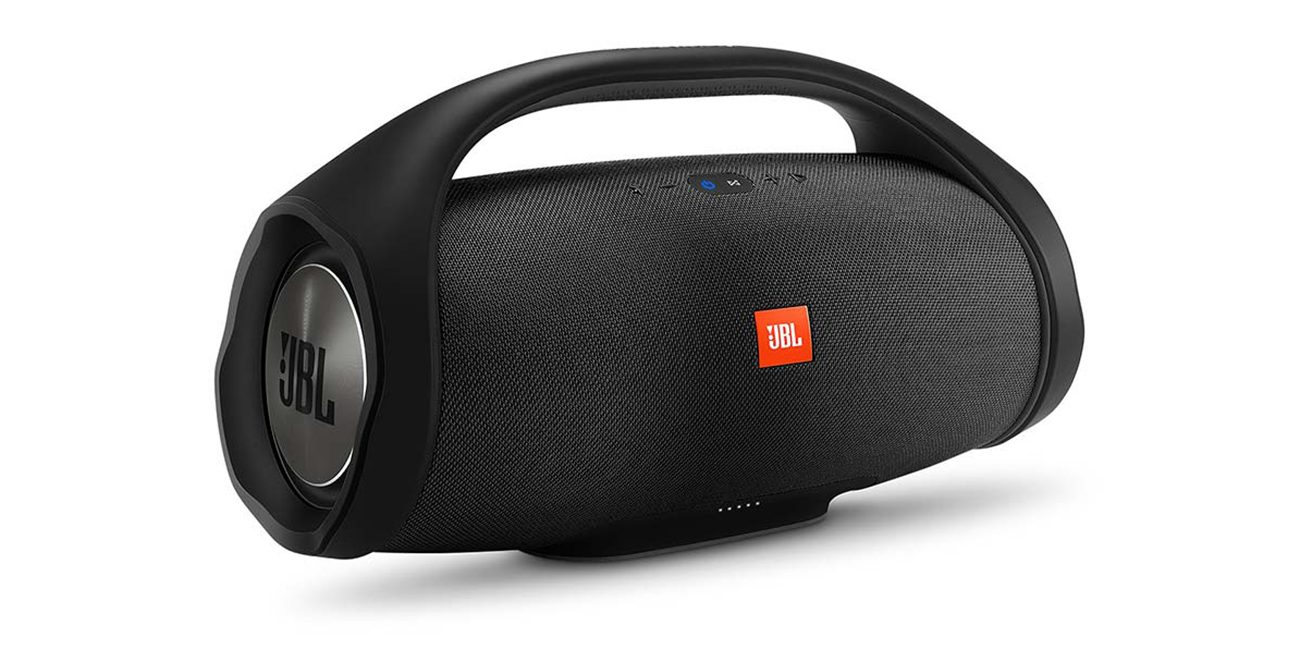 By way of the UK, we’ve caught a glimpse of JBL’s latest Bluetooth speaker and we have to say it’s quite the ambitious design. Dubbed the ‘Boombox’, it packs a massive internal battery that delivers over a day’s worth of playback on a single charge. Astute readers will notice this release has a familiar look. It’s certainly reminiscent of the previously-released Charge 3 with a large handle on top for a day at the beach. More below.

JBL is known as one of the most trusted and established brands in the consumer audio market here stateside. They’ve had a relatively quiet 2017 thus far, with its new Flip 4 speaker largely leading the way since CES.

We don’t have official word that the new Boombox will be coming to North American markets, but given the brand’s popularity we’d be surprised to see it excluded through the holiday season. It’s listed at £399.99 on JBL’s UK storefront, which equates to a $500+ price tag. That’s going to be a tough pill to swallow for consumers that are used to Bluetooth speakers under $100. 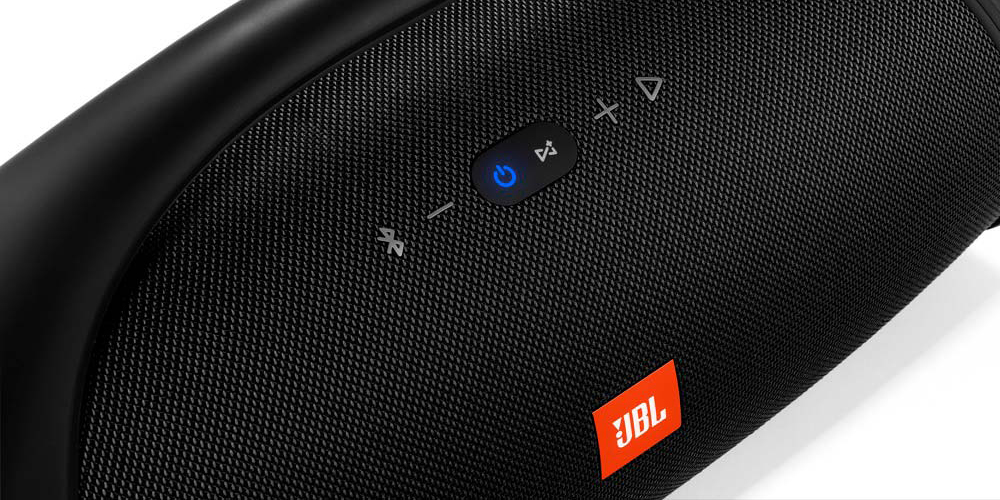 The larger footprint will allow JBL to pack the Boombox with a number of features that might help justify the list price. A promise of “exceptional sound and hard hitting bass” highlights claims about the 11-pound speaker. Inside there are two bass radiators and four active transducers, which are sealed up to deliver a IPX6 waterproof rating. That means the Boombox can withstand some immersion, but mainly its designed to fight off splashes and spills.

You can count on all the typical JBL speaker features here, including the ability to connect up to 100 devices together with its Connect+ feature. There are also listening modes for indoors and out designed to maximize quality no matter the situation.

Look for JBL to offer up more details at IFA 2017 in a few weeks. In the meantime you can shop JBL’s entire line of Bluetooth speakers with prices starting at under $30. Our top pick is the Flip 4, which we recently positively reviewed. Amazon is currently offering it in a variety of colors for around $90. Features include a 3000mAh battery that supports around 12 hours of playback. It’s also IPX7 waterproof, so it can go just about anywhere. Rated 4.7/5 stars by over 750 Amazon customers.