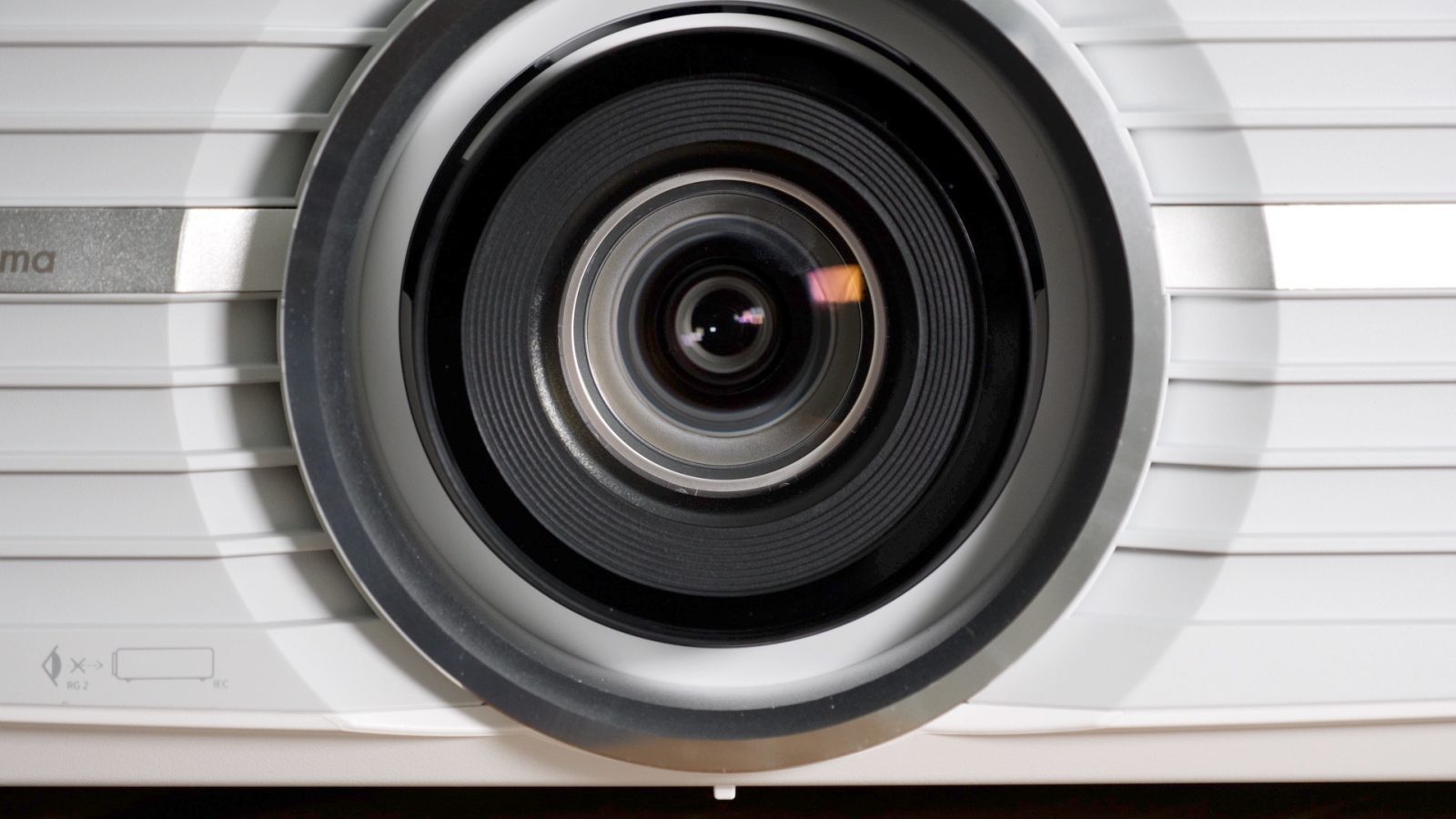 With the upcoming launch of Apple’s 4K-enabled Apple TV, and the current existence of 4K devices like the Chromecast Ultra, I’ve recently been interested in the benefits of higher resolution projectors like Optoma’s UHD60.

The most notable thing about the Optoma UHD60 is that it’s among the first projectors to use Texas Instrument’s DLP660TE 4K UHD chip. This chip features a micromirror array size of 2716 x 1528, and when paired with the right pixel shifting optical system, it can display true 4K UHD resolution, which according to specs, means 8.3m pixels on screen. Granted, since pixel shifting is involved, those pixels are larger than the pixels of a setup with a micromirror array size of 3840 x 2160, but this projector is still meets 4K UHD specs, which lends Optoma the ability to correctly label it as a 4K UHD projector.

In this initial post, we provide an unboxing and first impressions of Optoma’s $1,999 UHD60. It’s the consumer version of Optoma’s 4K-enhanced line of projectors that includes the UHD65. The UHD60, with its brighter output, is more apt for entertainment purposes (read: living rooms), where the UHD65, with its better color saturation, is geared more towards dedicated home theater setups with light control. Watch our hands-on video inside for more details.

So what is it that separates the UHD60 from other projectors in its class that claim to offer 4K output? It all starts with the Texas Instruments 2716 x 1528 chip. This chip, although less than UHD 4K resolution, is higher than the 1920 x 1080 chips used in competing projectors. That means that even though pixel shifting is employed, the Optoma’s image is noticeably crisper because it starts with a denser resolution at the chip level.

With this in mind, the Optoma UHD60 produces the sharpest image that I’ve seen in a projector in this price range. Granted, I don’t have a ton of experience with projectors, but I’ve used enough of them to be able to confidently say that you won’t find anything sharper for $2,000. 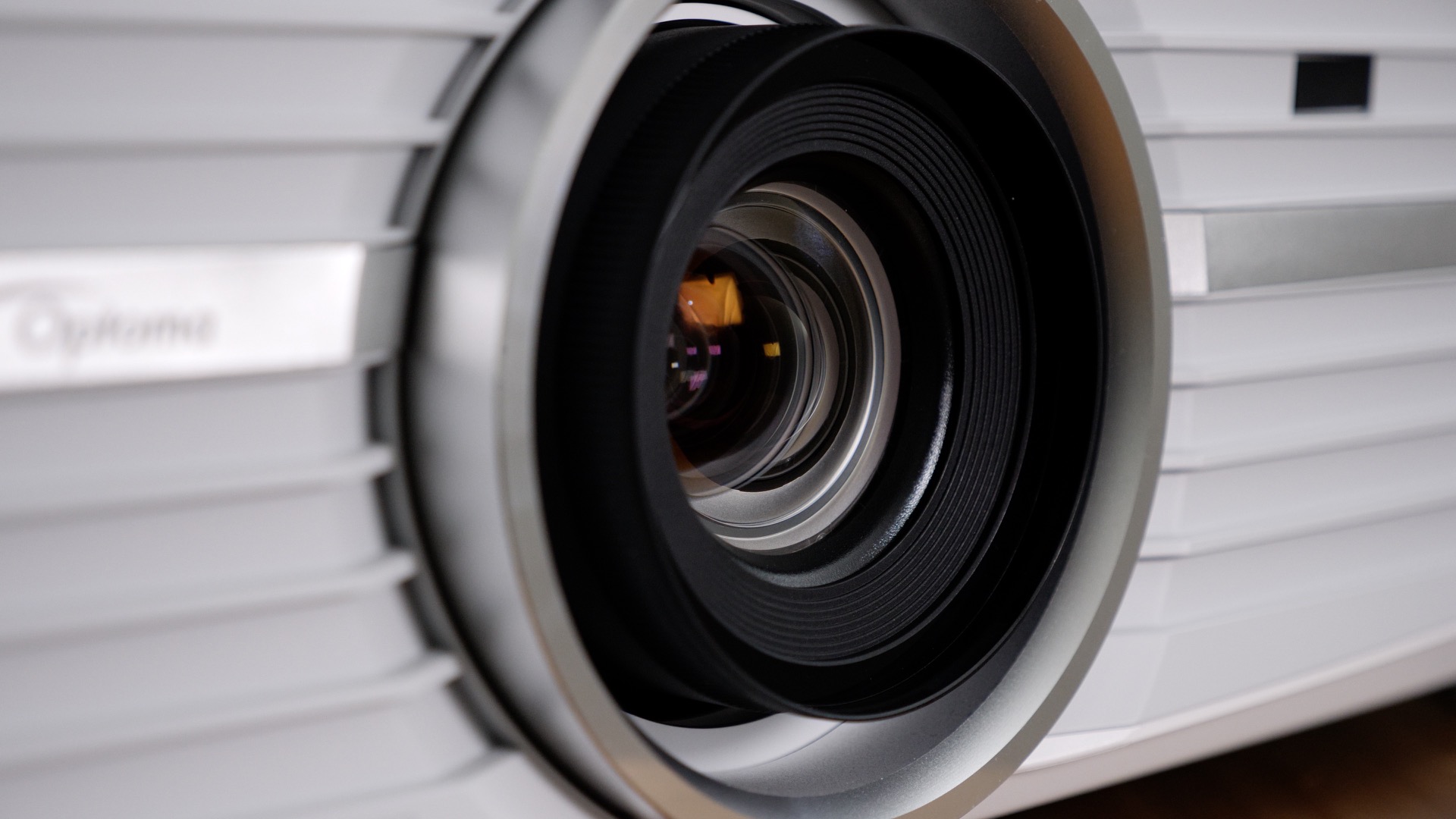 To hit such a price point, it’s obvious that Optoma had to make some concessions, and those concessions seem to involve build quality. The white plastic housing that makes up most of the projector feels a little less refined that I was expecting from a $2,000 unit. The top panel that opens to expose the lens shift and zoom ring emphasized even further the lack of fit and finish possessed by the UHD60. 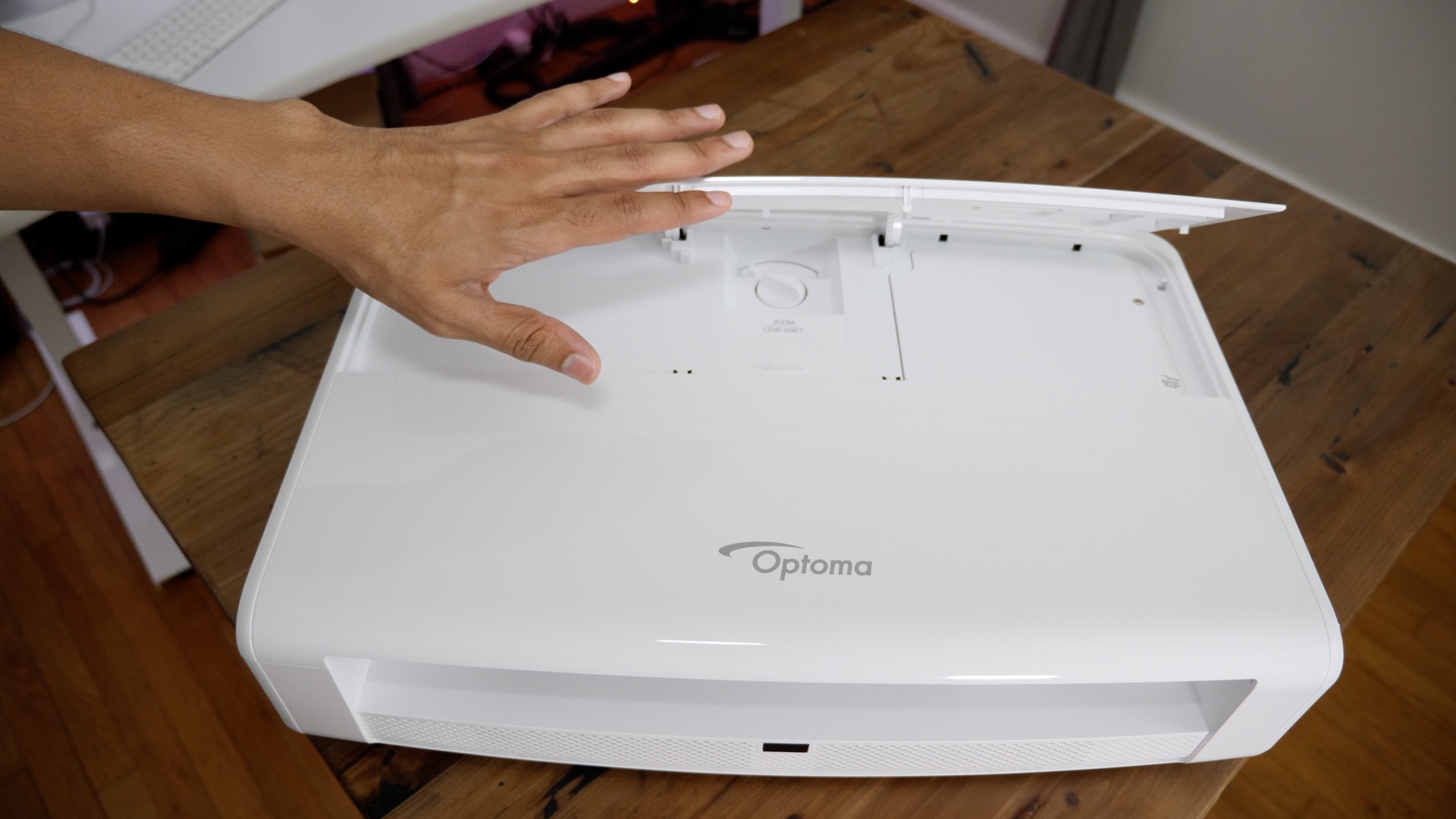 As someone who has used a few high-end consumer Epson projectors in the past, I can say without a doubt that what Optoma’s unit is a few steps below Epson’s competing offerings when it comes to build quality and convenience features. For example, there are no memory settings to be found on the UHD60, and adjusting the lens shift and zoom can be cumbersome thanks to an ill-placed cover design that resides over the unit’s manual controls. 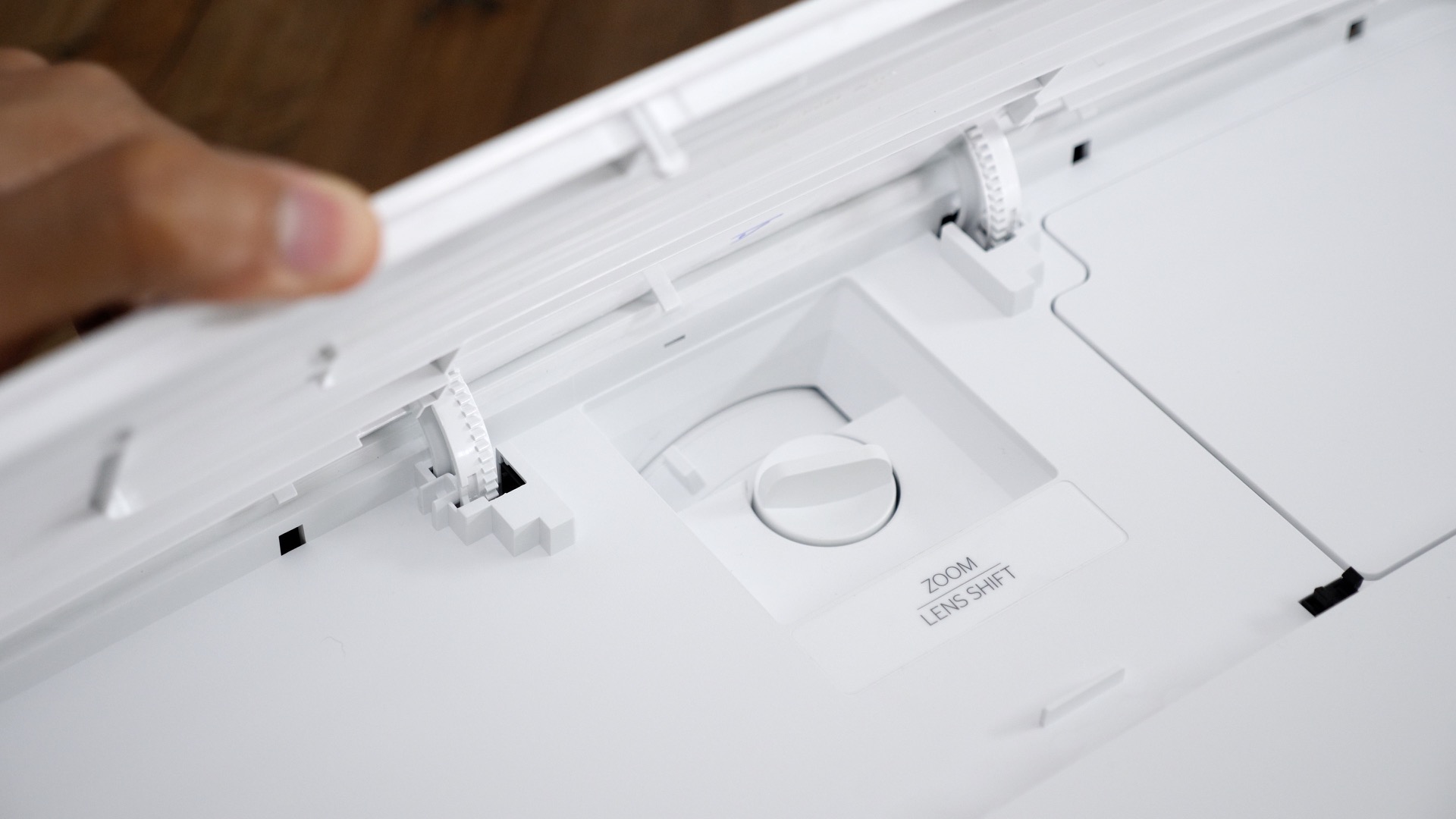 With that said, once you have the projector mounted in place, you’ll rarely need to come into contact with it, so build quality isn’t as critical as it would be if the device was to be regularly seen, or touched. Once the UHD60 is mounted, focused, and adjusted, it’ll be out of sight and out of mind.

As noted in the specs, this projector uses single-chip DLP, which involves a fast, rotating color wheel to produce the image. A very small subset of users may be susceptible to the rainbow effect that stems from this technology, so if you know that you fall into this group, please be aware that it could be an issue. I have noticed occasional rainbows with this projector, but it’s not something that annoys me to the point where I would consider not using it. 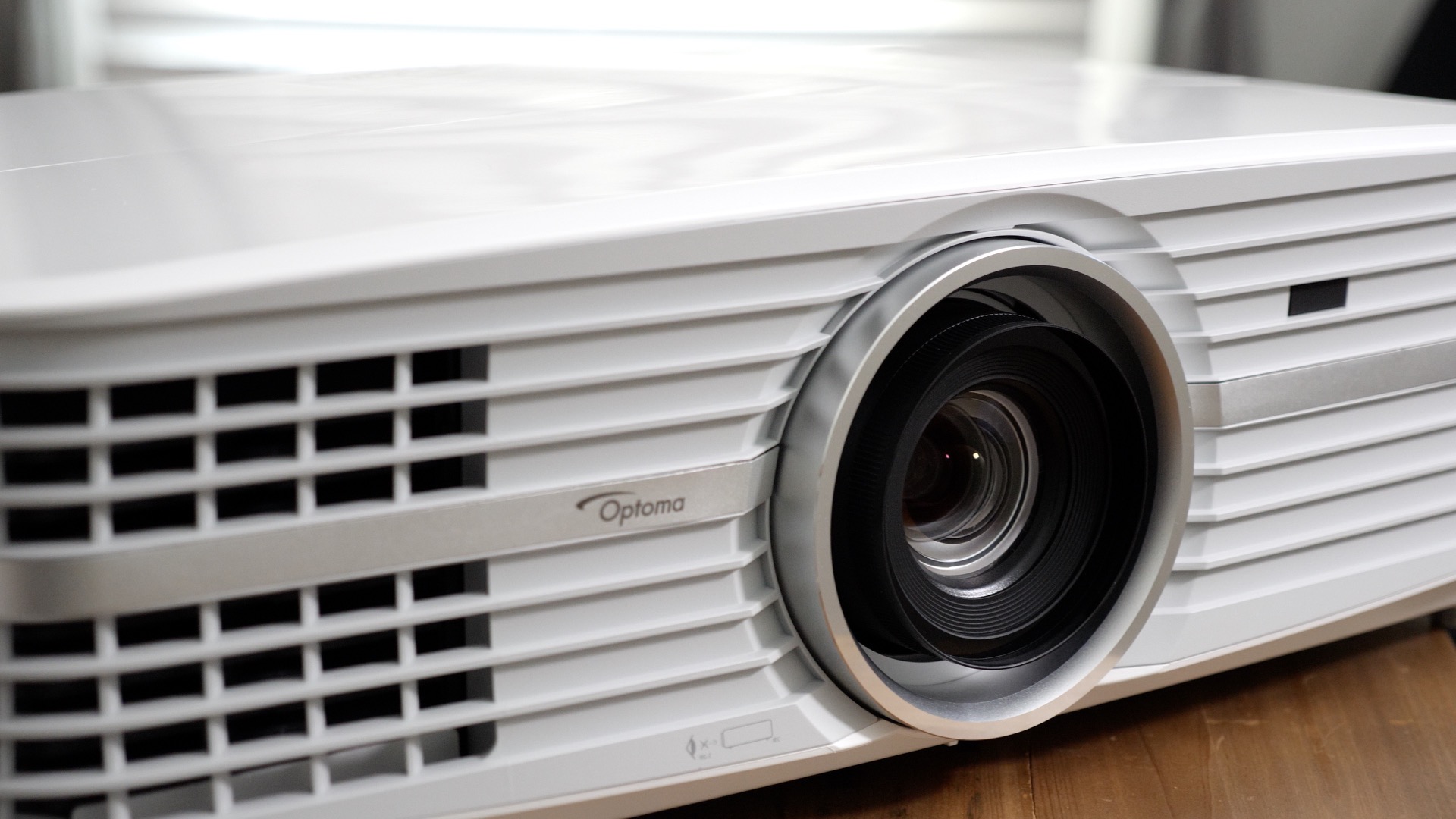 The UHD60 includes two HDMI input ports, but only one port supports HDMI 2.0 and HDCP 2.2. You’ll likely want to employ the use of a 4K-compatible receiver if you ever plan to connect to more than one 4K-enabled source.

Apple is said to be shipping a 4K Apple TV later this year, but there are already quite a few 4K streaming and playback devices on the market. There are 4K Blu-ray players, 4K set top units like the Chromecast Ultra, and 4K-enabled gaming consoles. 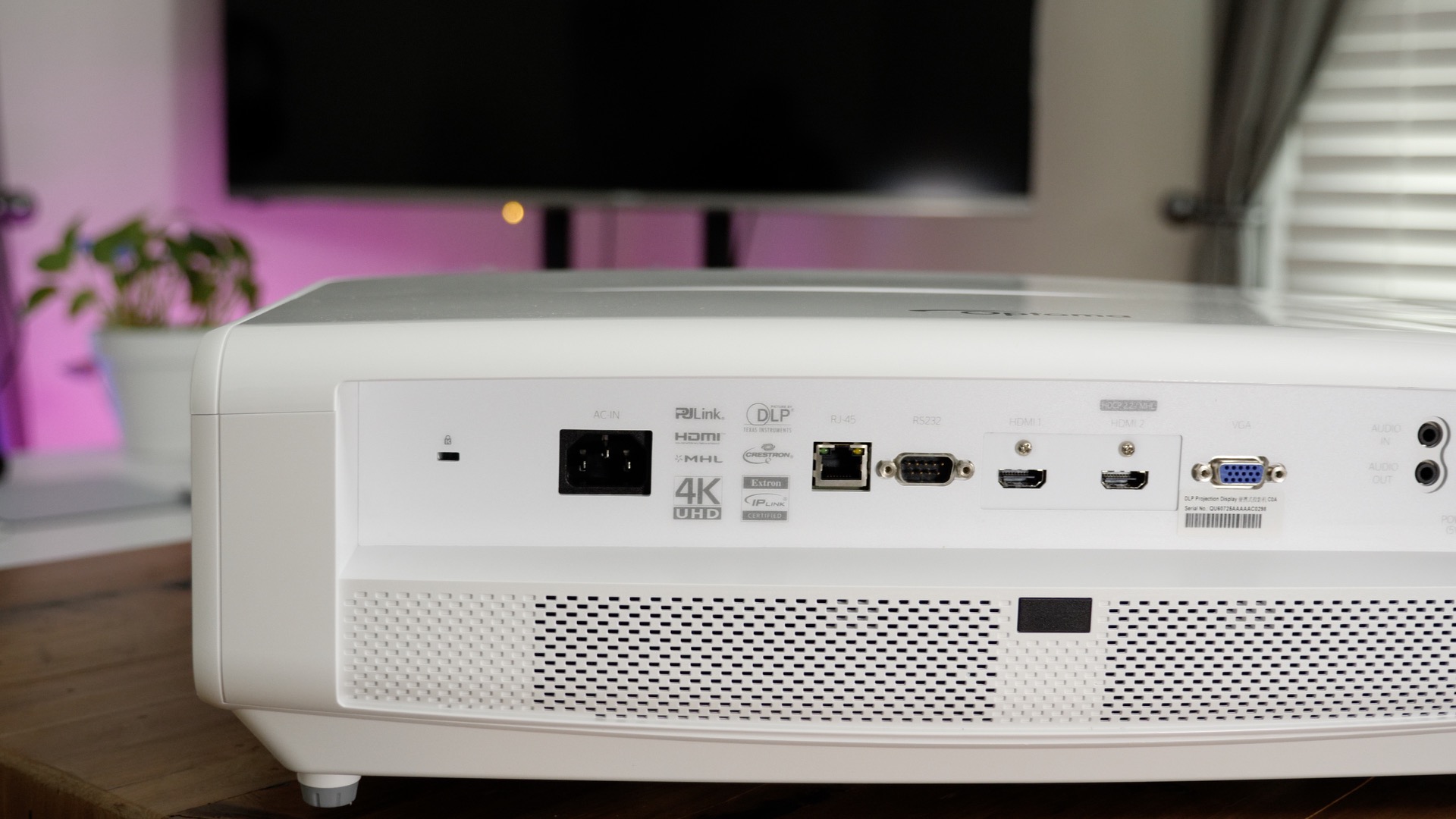 The point is, 4K is quickly becoming more of the norm than an anomaly, so now is as good of a time as ever to consider playback options. Of course, there are plenty of 4K televisions available for purchase, many of them for less than $500. Yet, a 4K projector can, in the right circumstances, provide a considerable bang for the buck as far as screen size goes.

I’ve only been able to try 4K Netflix playback via the Chromecast Ultra thus far, but I definitely plan on adopting more 4K sources like the upcoming Apple TV. Yet, even with the small Netflix sampling, I’ve been rather impressed by the picture quality of this projector. I don’t consider myself to be a videophile, but I can definitely appreciate the added pixel density that Optoma’s offering brings to the table. 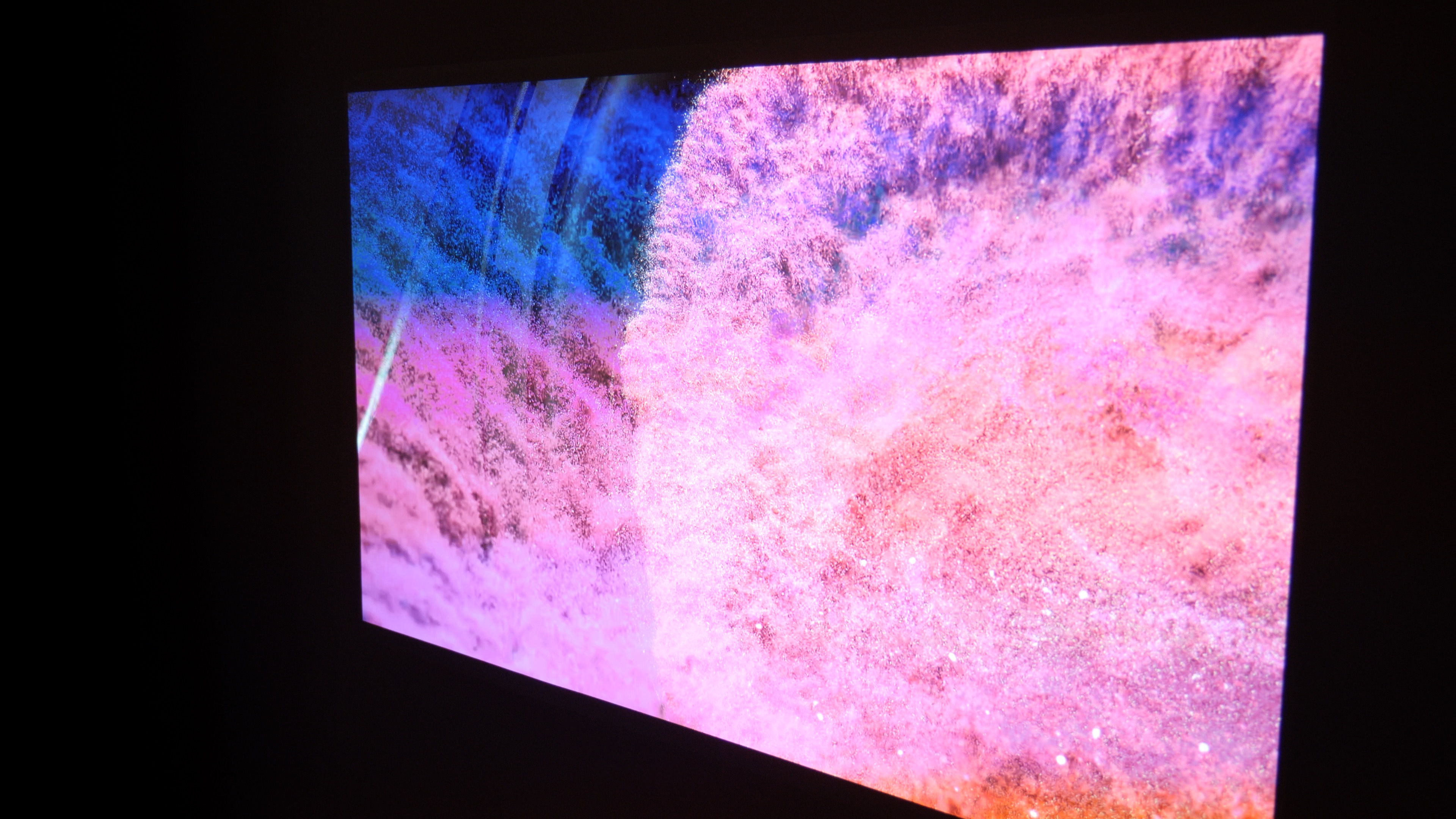 I have the UHD60 placed on the back wall of my modestly-sized living room, and it fires at a 100″ screen on the opposite wall. Being a “home entertainment projector” the UHD60 performs well even with a fair amount of ambient light. Obviously the darker the environment the better it performs, but I was impressed with the projector’s ability to display a defined image in less than ideal settings. And black levels, while decent, won’t be able to compete with the black levels offered by Epson’s 5040UB, for instance, which comes with a very effective auto-iris feature.

If you’re looking for the sharpest projector in its class, then the UHD60 is well worth your consideration. I haven’t used it with enough sources yet to speak confidently about other aspects of image quality, such as color space and HDR support, but I plan on doing so in a future post. I also plan on looking at this projector more closely as a 4K option once the updated Apple TV launches later this year.

Would you consider replacing your big screen television with a projector setup? I did so a few years back, and although projectors have downsides, I can say without a doubt that they provide a much more engrossing experience than a TV ever could.