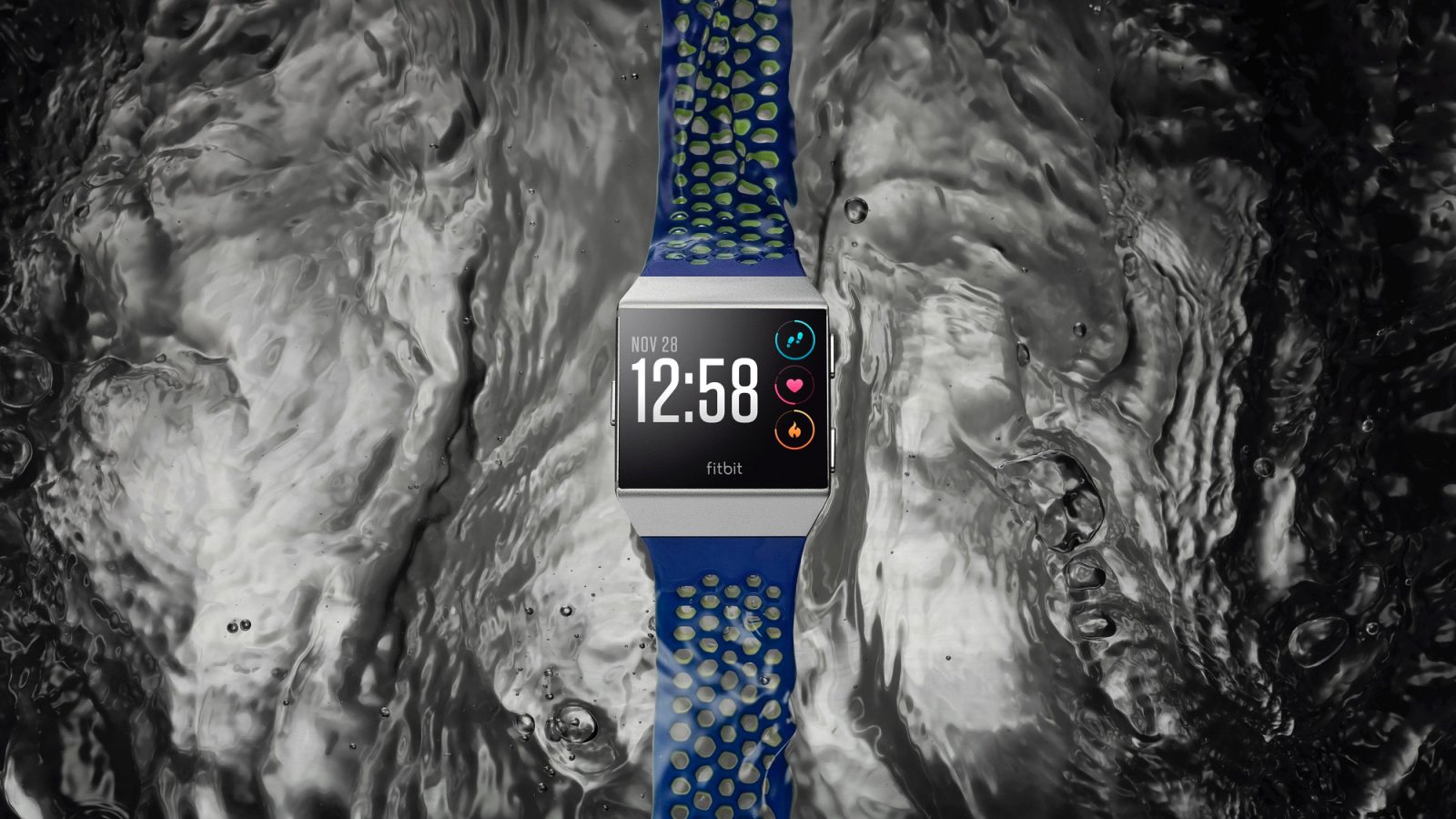 Fitbit has officially unveiled its new ‘Ionic’ health and fitness tracker with smartwatch features that compete with the Apple Watch. Fitbit Ionic is priced at $299 and is comparable to the Apple Watch Series 2 which starts at $369.

Fitbit Ionic features built-in GPS for outdoor fitness tracking, water resistance up to 50 meters for swim tracking, an all-day heart rate sensor, contactless payments, and an app platform. Aside from a cheaper price, Ionic also promises up to 4+ day battery life with sleep tracking and includes a relative SpO2 sensor not found on the Apple Watch. Fitbit says the new SpO2 sensor measures blood oxygen levels and could be used to discover sleep apnea in the future.

Ionic includes 2.5GB of local storage for syncing around 300 songs for offline playback to Bluetooth headphones, and Pandora Plus or Premium subscribers can download stations for standalone playback as well. Continuous music playback or GPS usage reduces battery life expectations, however, as Fitbit only promises up to 10 hours during either activity on a single charge.

Like the Apple Watch with Apple Pay, Fitbit Ionic can also replace your wallet with support for contactless payments. Fitbit Pay will work with American Express cards and select Visa and Mastercards in the US and Canada from supported banks.

Ionic is also an app platform with Strava, Accuweather, Flipboard and more apps coming, and a Fitbit SDK based on the company’s Pebble acquisition so developers can create their own apps for the smartwatch. The device will feature smart notifications from popular apps like Twitter and Whatsapp as well as calling and text alerts.

Both the Apple Watch Series 2 and the new Fitbit Ionic feature a touch display with brightness up to 1,000 nits for outdoor use, and the Ionic will let users swap bands to change the style.

Fitbit is even partnering with Adidas on a “special edition” version of the Ionic coming next year that will include training programs; Apple similarly partnered with Nike with the Apple Watch Nike+ version of its smartwatch.

Apple is expected to unveil its third-generation Apple Watch likely on September 12 with some models gaining built-in LTE for cellular connectivity without the iPhone.

The new $300 Ionic takes the premium slot in the Fitbit lineup with the $200 Surge now a middle option above the $150 Alta. You can pre-order the new Ionic smartwatch from Fitbit starting today and ‘select retailers’ starting tomorrow for $299.95. Fitbit says Amazon, Best Buy, and other retailers will begin carrying the Ionic smartwatch later this year in October.