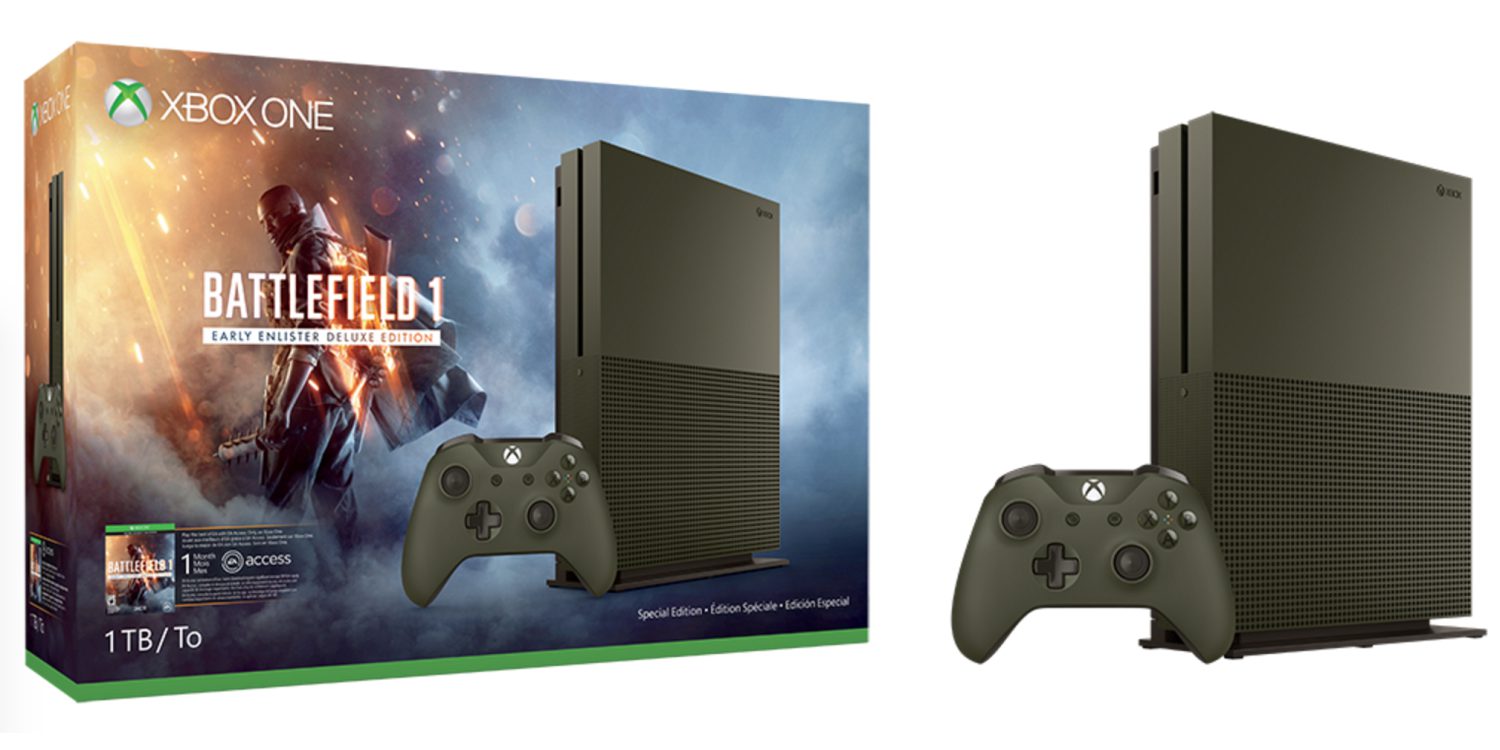 The official Newegg eBay Store is once again offering the military green Xbox One S 1TB Battlefield 1 Special Edition Console Bundle for $239.99 shipped. Regularly $350, that’s $110 under the regular price, matching our previous mention on a 1TB Xbox One S and the best price we can find.

Amazon still offers 10% off Xbox Gift Cards and here is everything you need to know about the new Xbox One X including pre-order details.