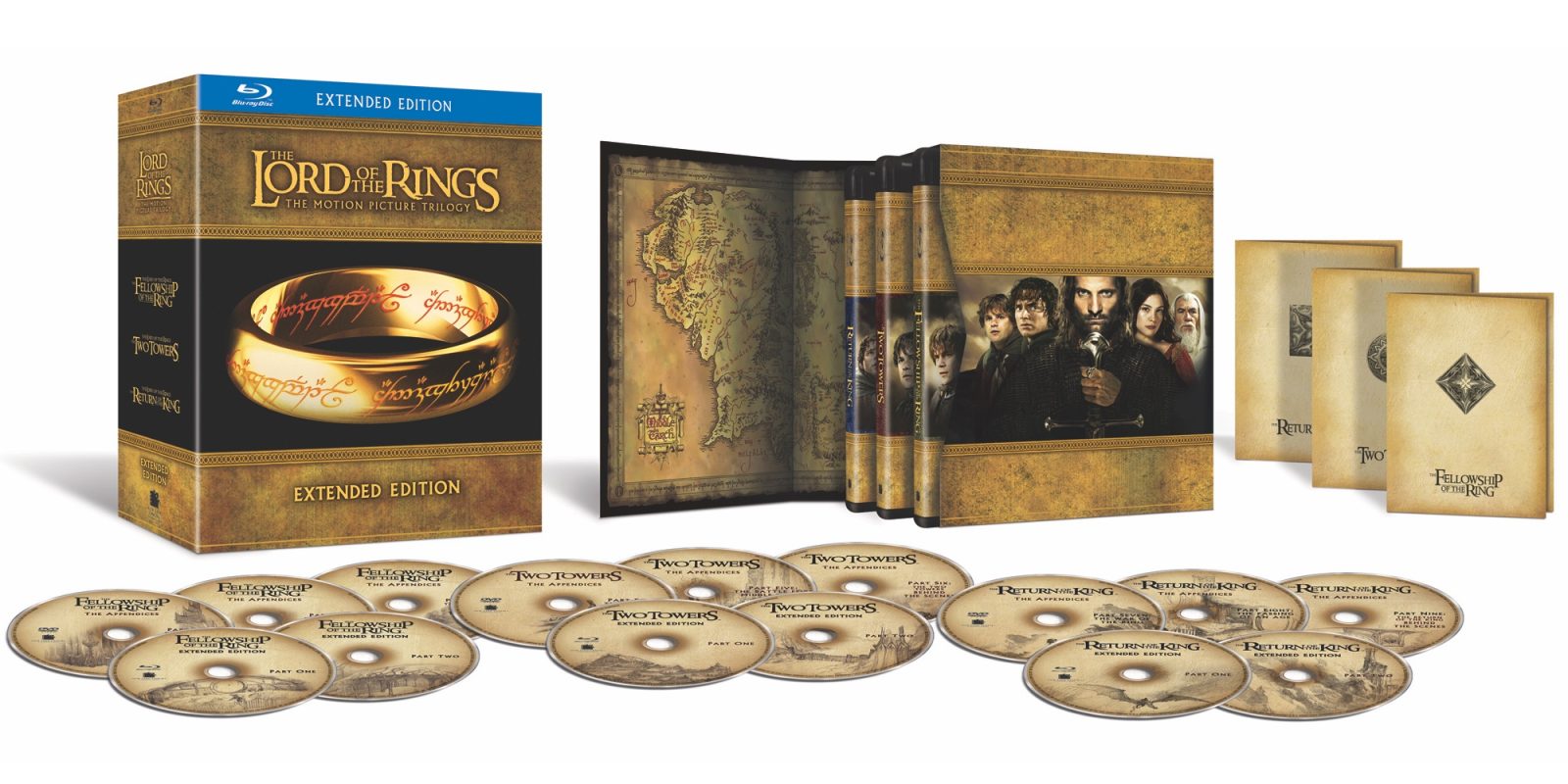 Update: Amazon has Star Wars: Trilogy – Episodes IV-VI on sale for $19.99 Prime shipped. That’s more than $17 off the regular price and the lowest we’ve seen it offered at Amazon.

Today only, as part of its Cyber Monday deals, Amazon is offering The Lord of the Rings: The Motion Picture Trilogy Extended Edition on Blu-ray for $25.99 shipped. That’s $94 off the original listing and the lowest we’ve ever seen it offered at Amazon. In addition to the three films, this 15-disc set includes nine special feature discs with over 26 hours of bonus material. Rated 4.6/5 stars by over 10,000 Amazon shoppers.

The Lord of the Rings:

With the extended edition of Peter Jackson’s Lord of the Rings trilogy, Warner Bros. presents one of the greatest achievements and most ambitious undertakings in film history, all in one incomparable boxed set. Filled with lush New Zealand landscapes, extraordinary special effects and a star-studded cast, the Lord of the Rings trilogy brings to the big screen the classic fantasy tale of Middle-earth and its myriad residents as lovingly told by author J.R.R. Tolkien.