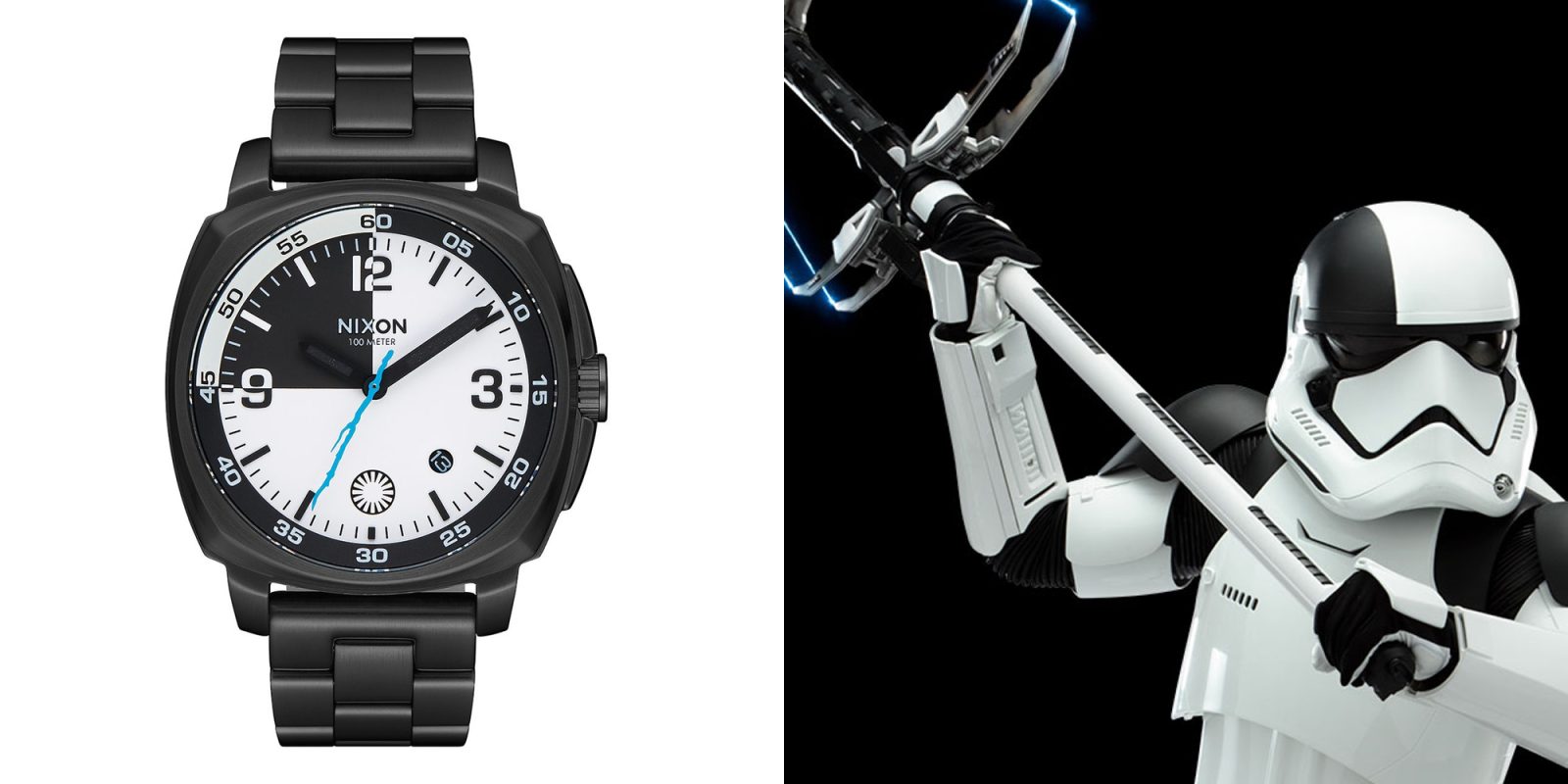 In the lead up to next week’s premiere of The Last Jedi, we’ve seen awesome new collectibles, apparel, phone accessories and more to hold Star Wars fans over. Now the famous watch maker Nixon is getting in on the hype to offer a new series of stylish Star Wars-inspired timepieces.

Nixon watches have long been among our favorites and while they may lack fitness tracking and other smartphone-enabled features, they do offer a distinct style that can be both dressed up and down. With its latest releases, Nixon continues its trend of releasing tasteful Star Wars-influenced watches that pack influences straight from a galaxy far far away.

In today’s release there are 4 new models inspired by some of the iconic characters from the upcoming film. Each of the styles comes with a matching band as well as a series of engravings on the back plate of the watch. There’s not a whole lot to say in terms of features here, as the defining factor of Nixon’s new line of watches is the style.

My favorite watch out of the four new releases has to be the Jedi Knight-influenced Skywalker Black model. This version of the SW Sentry Leather watch features a silver casing complete with gold trim around the face and a brown leather band. If that weren’t enough, the model’s second-hand is styled to look like Luke’s iconic blue Lightsaber. This 42mm watch goes for £175 (pounds) which comes out to just over $200.

With what may be the flashiest of the four, the Praetorian Guard model expands the line of Sentry SS watches with a new bright red color. Alongside its bold color choice, this watch features a crown adorned with the First Order logo and just like the Skywalker Black model, replaces the second-hand with the Praetorian Guard’s signature weapon.  This model is a little more expensive with a £210 ($248) list price.

The Charger SW watch sports a much more rugged form-factor than the previous two watches mentioned and features a sleek black exterior. Inspired by the First Order Stormtroopers, the Executioner model has a white and black face that is complemented by a blue lightning bolt to complete the homage. It sells for £210 as well.

Last but not least, we’re seeing a Rey-themed version of the Medium Time Teller SW watch. Its more traditional casing comes in a nice black finish complete with a thin leather band. The watch face is more simplistic than others in the lineup and is adorned with golden number markers and a Millennium Falcon-styled second-hand. The Rey themed watch comes in at a more affordable £100 price tag.

Nixon’s latest release of Star Wars-inspired timepieces have managed to tastefully blend the style of their inspiration into the watches. And with The Last Jedi only a week away, these are sure to be a huge hit with fans looking to show their loyalty with these watches styled like their favorite characters.