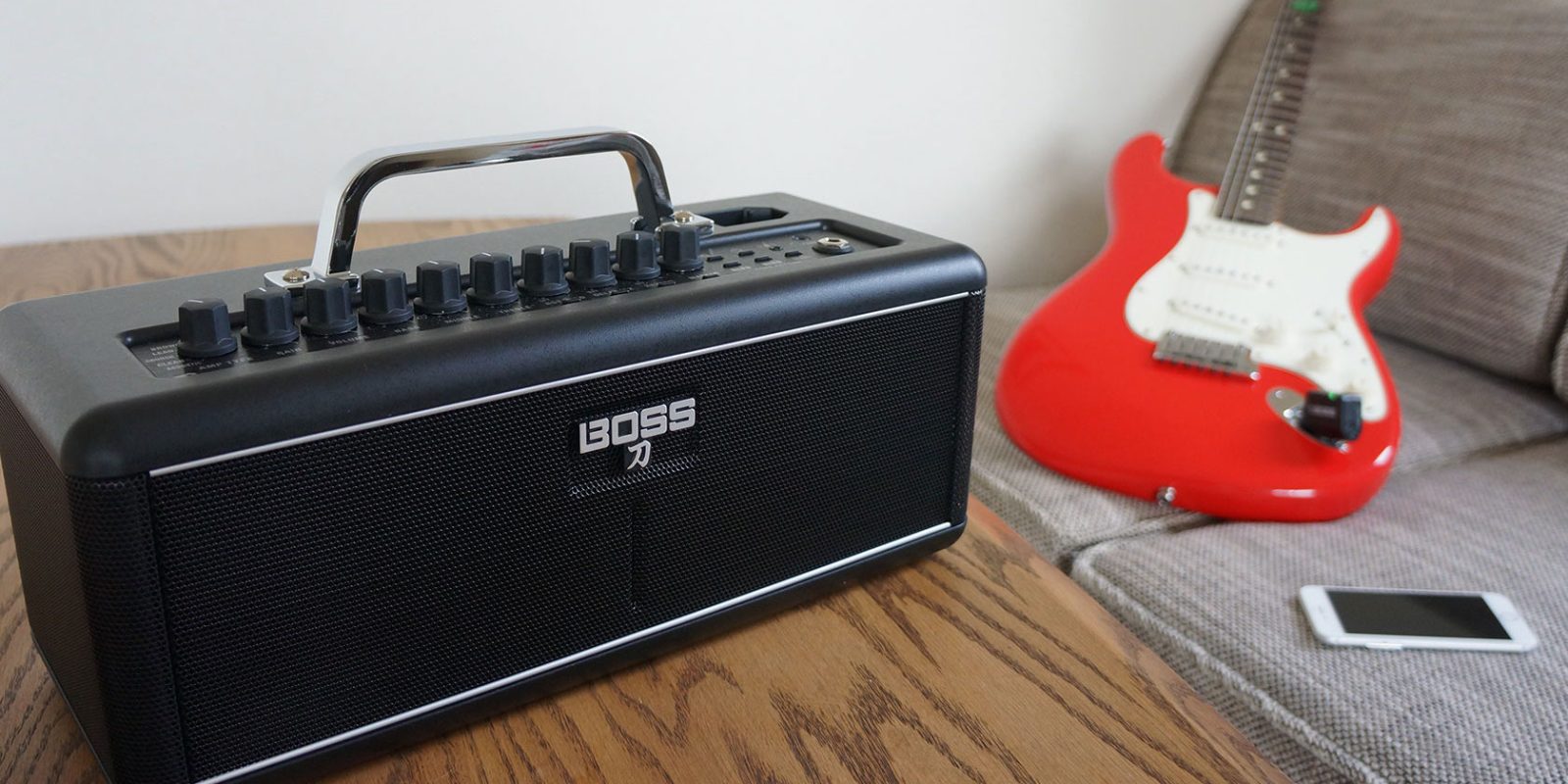 We have seen some interesting innovations for guitar players over the last few years like the IK app-connected stomp boxes. Even Fender released it’s own iOS/Android powered amps in mid-2017, but today BOSS is announcing the availability of “the world’s first totally wireless guitar amplifier”.

We have certainly seen our fair share of compact Bluetooth speakers that double as guitar amps, but BOSS is apparently taking it one step further with an entirely wireless setup. And that includes both the AC power cable and the 1/4-inch guitar lead.

Originally debuted back in January, the new BOSS Katana Air is a battery-powered amp that leverages the power of a new “low-latency wireless guitar technology” created by the company. Batteries power the amp itself and a wireless transmitter beams your guitar solos directly to the Katana over the air.

BOSS has implemented an on-board charging dock on the amp for the transmitter that connects to your instrument. According to the company, it will provide up to 12-hours of wireless transmission on a single charge. The system will also automatically go into a low power standby mode to preserve energy and will kick back in when it senses motion.

As usual with these types of hybrid guitar amps, you can also stream backing tracks (or just anything from your phone) over Bluetooth from iOS and Android devices. The BOSS Tone Studio app allows users to remotely edit guitar tones, sounds and more.

Speaking of which, the amp features a series of sound shaping possibilities based on the Katana Version 2 amplifiers. It includes 5 channels ranging from super clean and crisp to varying levels of distortion and “BOSS’s custom high-gain Brown sound”. On top of that, you can access over 50 BOSS guitar effects and there are 6 on-board memories to store custom patches (sounds). 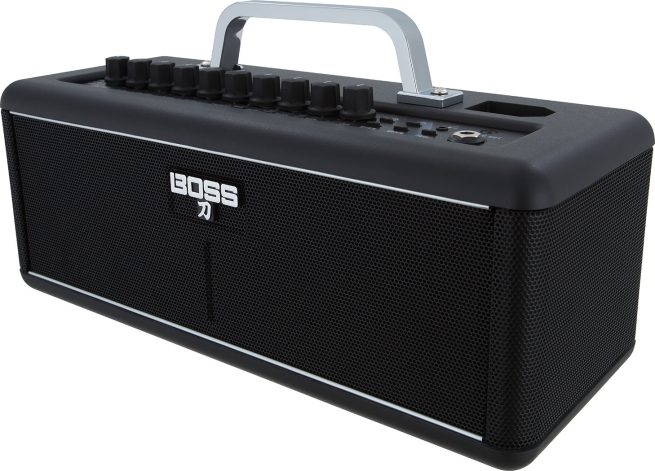 The unit carries a pair of “custom-tuned” speakers with 30 watts of total power. It certainly isn’t the biggest sound on the planet and will not rival your typical (and much more expensive) guitar amp setups, but the idea of being completely cable-free for practicing and impromptu jam sessions sounds like a ton of fun to me. Personally, I could just do with an acoustic or a uke in those types of situations, but it’s easy to imagine electric guitar players getting loads of use out of this thing.

Having said all that, the $399.99 price tag does seem a little steep despite its claim as the world’s very first guitar amp sans-cables. Although, another way to look at it is that anyone buying a $400 speaker just for jam sessions and practicing is probably used to typically outrageous pro audio prices. 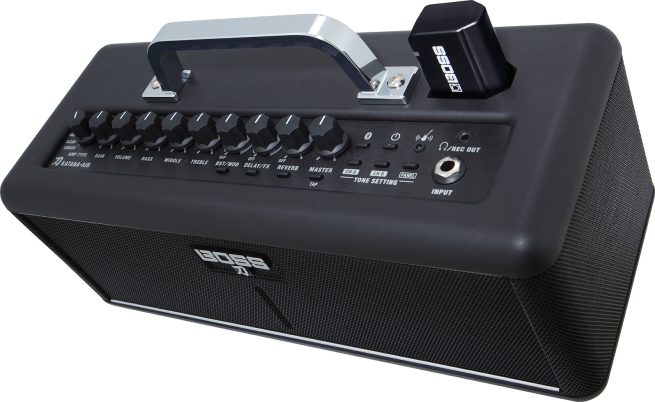