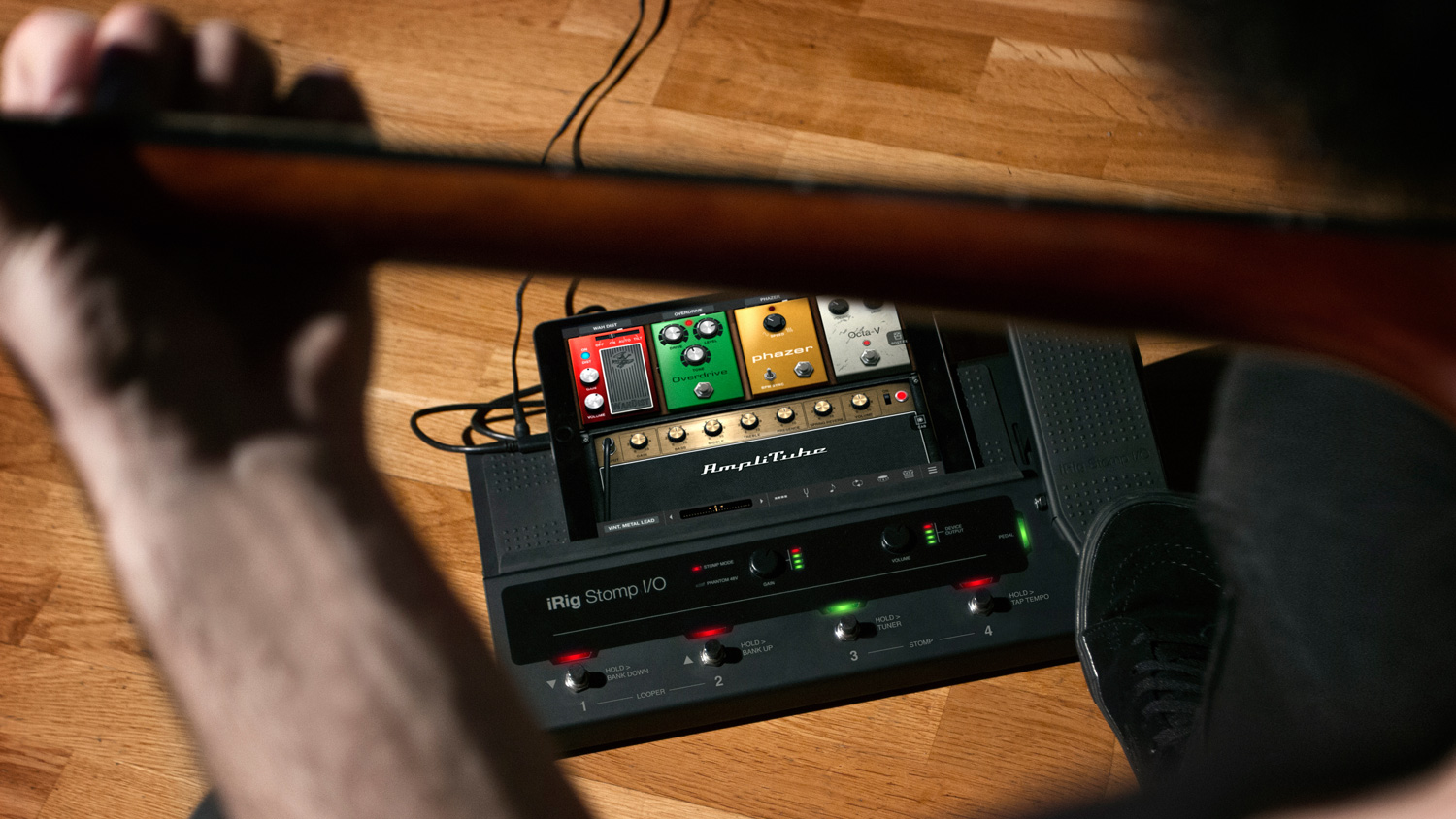 After the massive new Logic Pro X update hit today and with all of the new products coming out of NAMM 2018, it is certainly going to be a busy weekend for producers and musicians. And we have already seen new instruments from Arturia and Korg as well as Focusrite’s USB-C interfaces for Mac and the brand new metal-series Pocket Operators from Teenage Engineering.

It was only a matter of time before IK Multimedia started to unleash its 2018 lineup on us. On top of some exciting new software products/enhancements, it is now introducing the new iRig Stomp I/O…

As of late, IK has been looking even more towards all-in-one devices that include built-in audio interfaces, like the iRig Keys I/O, iRig Mic HD 2 and iRig Pre HD for iPhone, iPad, Mac and Windows.

As the name suggests, the new iRig Stomp I/O follows suit as the company’s latest portable pedalboard/stomp box controller with a built-in audio interface allowing users to record directly into their favorite DAW.

The new device features 24-bit/96kHz recording resolutions and a 1/4-inch/XLR combo jack input enabling users to record everything from guitars and basses to synths and even microphones. There are 48 volts of phantom power available here for condenser microphones that require a little extra juice.

You can also expect a balanced stereo output, 1/4-inch headphone monitoring jack and Class A preamps with gain control/VU-style metering. The all-metal chassis also carries a pair of control jacks as well as MIDI I/O for additional setup possibilities. 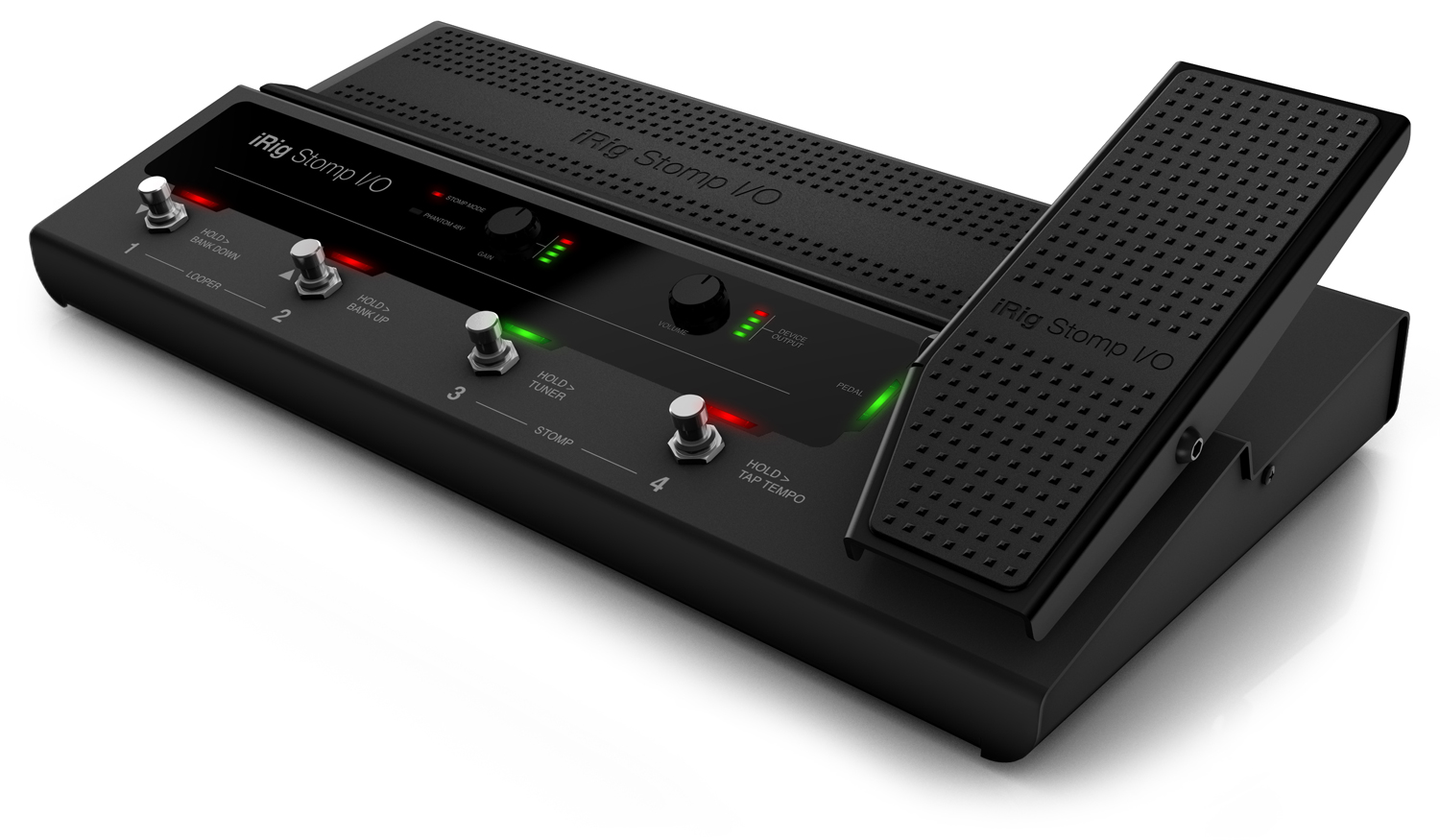 Not only does it work with your Mac or Windows machine, the MFi-certified controller works right out of the box with your iPhone or iPad, Lightning cable included.

According to IK, it is the “only floor controller to feature a convenient device bay, where you can safely position your iOS device – charging it during use – for an immediate and clear view of the interface.” 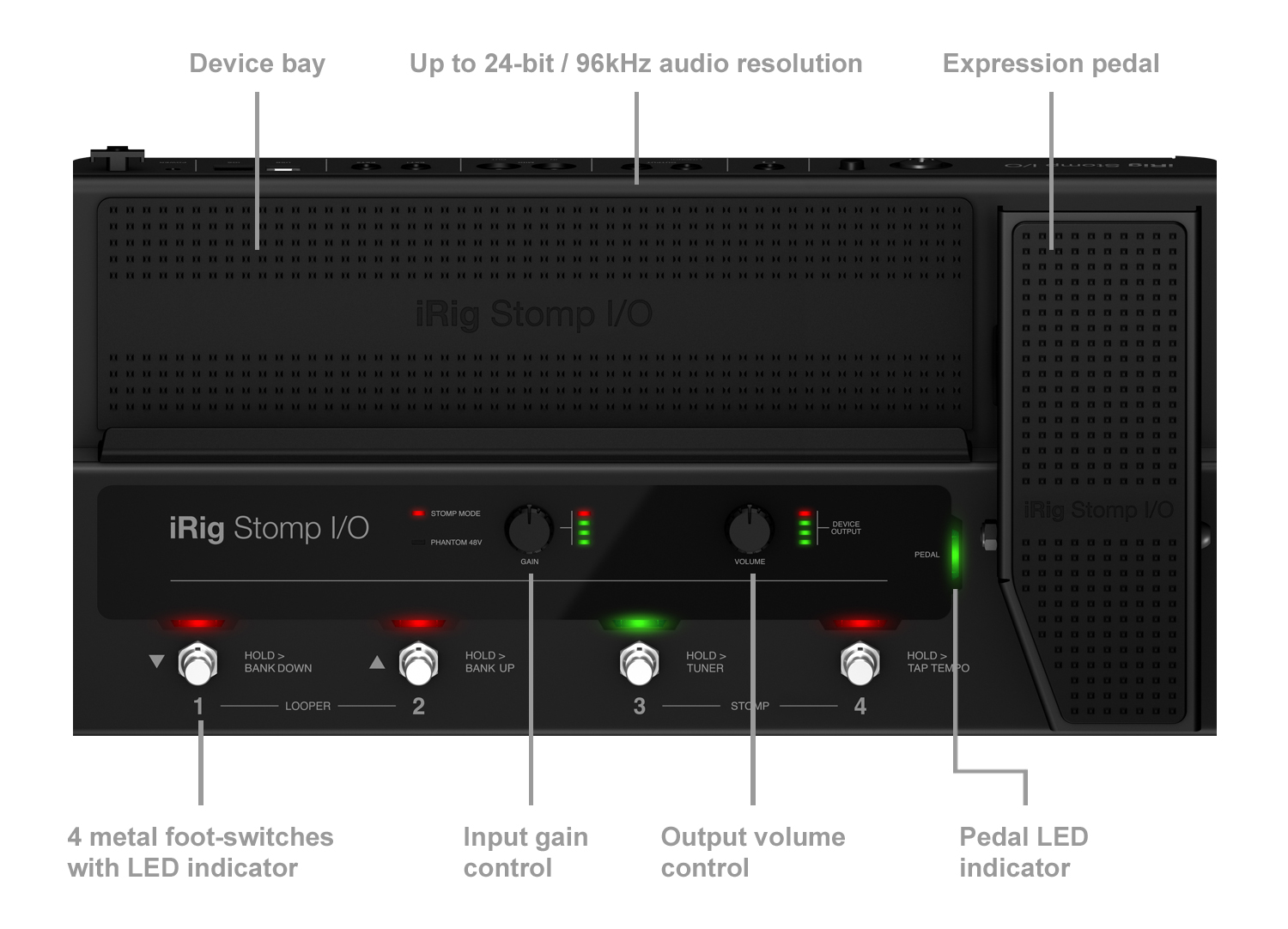 As usual, the real power of the device is from the over $800 worth of free IK software and apps that comes with the new iRig Stomp I/O. That includes loads of app emulation, FX processors and more. 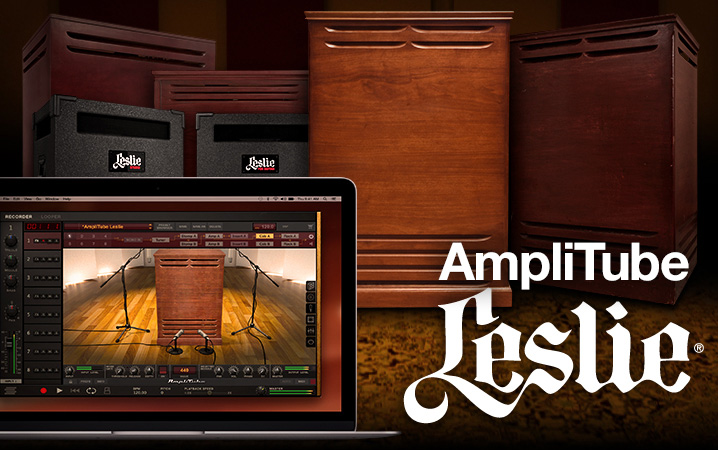 Speaking of IK software, the company has also announced a new partnership with the folks at Hammond USA to bring 5 Leslie amps and 6 Leslie rotary-speaker cabinets to AmpliTube and T-RackS:

The new amps and cabinets shipping in March for $130 each or $180 bundled together. Everything is available for pre-order right now.