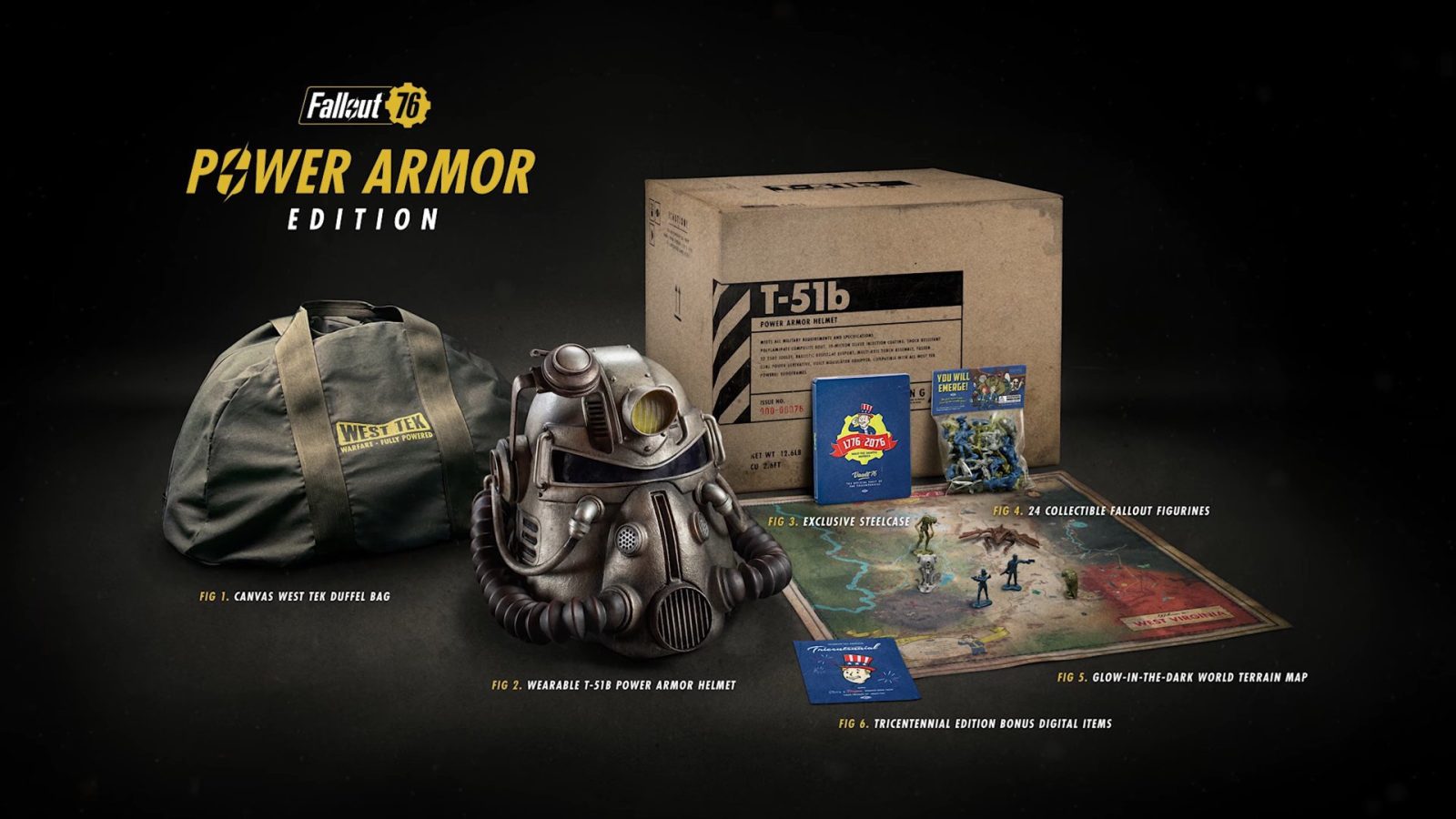 It looks like Bethesda is finally giving in and now handing out the actual canvas West Tek bag it was supposed to ship in the first place. The Collector’s Edition of Fallout 76 appeared to include what was labeled a canvas carrying bag. But eager fans were extremely disappointed when they opened up their $200 CE bundle to find a flimsy, wrinkled nylon variant. If you happened to have jumped on the pricey bundle ahead of launch, head below for more details on how to get that trashy nylon bag replaced with the thing you actually bought.

When Bethesda unveiled Fallout 76 ahead of E3 2018, it was met with about as much excitement as it was uncertainty. We were initially skeptical of Bethesda’s ability to turn out another full-on Fallout game, multi-player or not, in that amount of time. And we were unfortunately spot on. Gamers and critics alike have completely trashed the experience in reviews saying that it is a lifeless, buggy mess that barely carries the germ of a proper Fallout game.

Is that Canvas Bag made of nylon?

As if that wasn’t bad enough, those who forked out the $200 for the Fallout 76 Power Armor Edition received a wrinkled little nylon carrying bag for the wearable T-51 Power Armor Helmet instead of the canvas West Tek bag Bethesda advertised. And gamers were not happy about it.

Unfortunately, due to unavailability of materials, we had to switch to a nylon carrying case in the Fallout 76: Power Armor Edition. We hope this doesn’t prevent anyone from enjoying what we feel is one of our best collector’s editions.

Bethesda then took to Twitter and offered upset buyers a measly 500 Atoms to make it all go away. But $5 worth of in-game currency for a title almost no one is enjoying isn’t going to cut it. Not even close.

We understand and respect that there is disappointment with the bag in the Power Armor Edition. We are sorry. Please contact Bethesda Support to provide proof of your CE purchase. They will assist in granting your account 500 Atoms.

Once Bethesda realized that 500 Atoms wasn’t going to appease anybody, it finally decided to do the right thing. No, not completely overhaul the game, but rather offer the proper canvas West Tek Carrying bag to those who handed over their hard earned cash. After rumors of legal action against the company started to surface, Bethesda changed its tune pretty quickly:

We are finalizing manufacturing plans for replacement canvas bags for the Fallout 76: Power Armor Edition. If you purchased the CE, please visit https://t.co/S5ClEZuQrx and submit a ticket by Jan. 31, 2019. We’ll arrange to send you a replacement as soon as the bags are ready.

So, while it’s hard to forgive the once (and hopefully still) beloved developer here, at least it is doing the right thing with the bag. As for the game, let’s just hope they are working overtime right now to make this new online Fallout experience worthy of the name. But as of right now there’s no word on anything like that.

If you purchased the Fallout 76 Power Armor Edition, visit this link and submit a support ticket by January 31st, 2019 in order to get your canvas West Tek bag. Bethesda will then “arrange to send you a replacement as soon as the bags are ready.”