Get ‘Back in the Groove’ with the new ToeJam & Earl game, launches today on all major platforms

The debut ToeJam & Earl game released on the Sega Genesis back in 1991. The now 28-year old game featured rogue-like elements in a bright and colorful, kid-friendly adventure game. It was by no means a break out success at retail, but has since garnered an impressive following that dropped about a half a million dollars on Kickstarter to see the new ToeJam & Earl game come to fruition. While the game’s sequels certainly didn’t help the cause on sales charts, just about every hands on account of the new title is pointing at this being the best in the series. 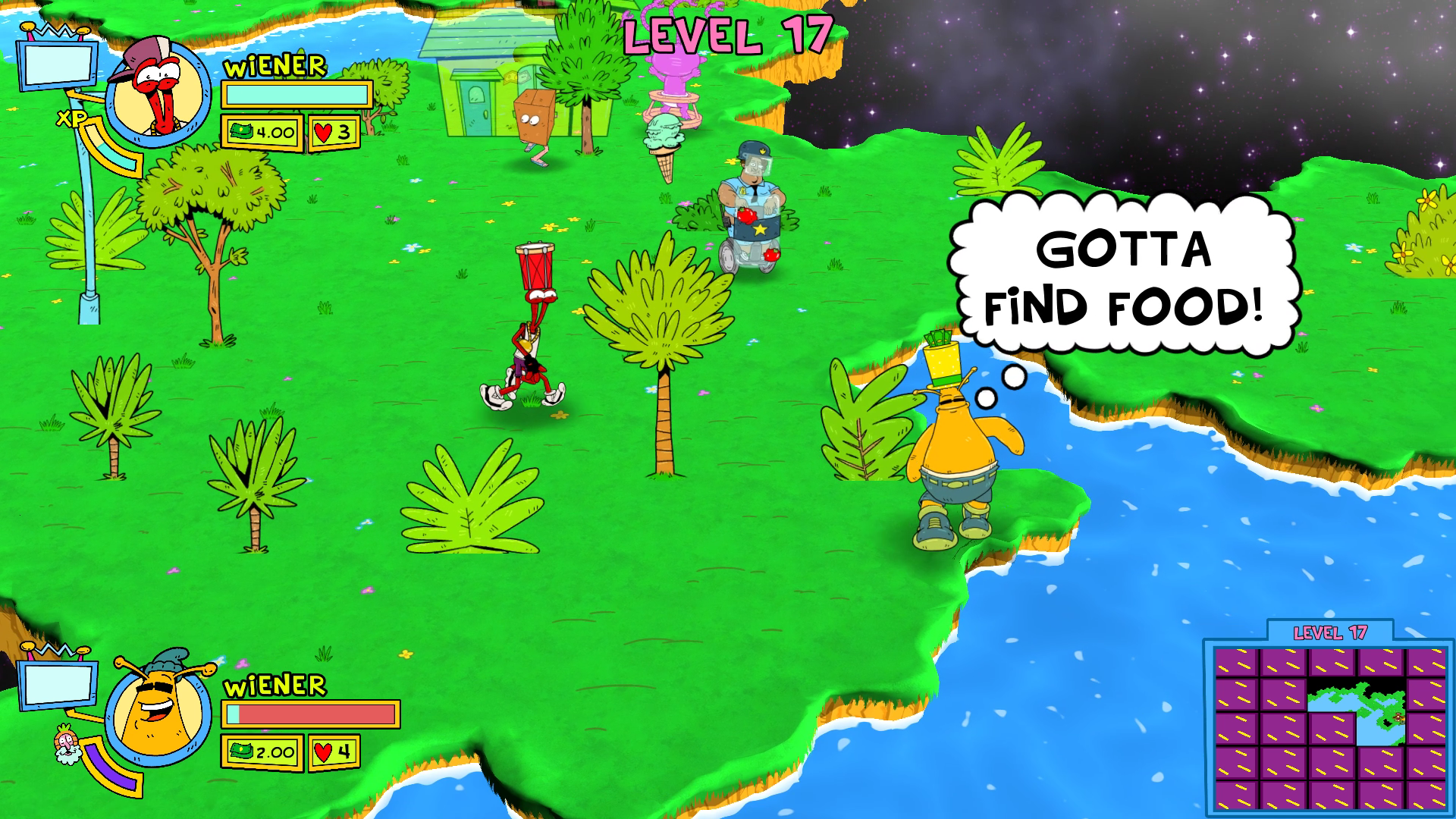 The new ToeJam & Earl game, subtitled Back in the Groove, has the titular characters out on a joy ride with some friends before things go terribly wrong. They essentially destroy the entire planet in a quick series of mishaps with a black hole generator and are left stranded on Earth. ToeJam & Earl must retrieve parts of their now destroyed space ship in order to return to their home planet of Funkotron.

One accidental press of the “Black Hole – DO NOT PRESS” button later, both Earth and the Rapmaster Rocket are in pieces. Squad up, find those ship parts, learn to love (and hate) Earthlings all over again, and get back home! 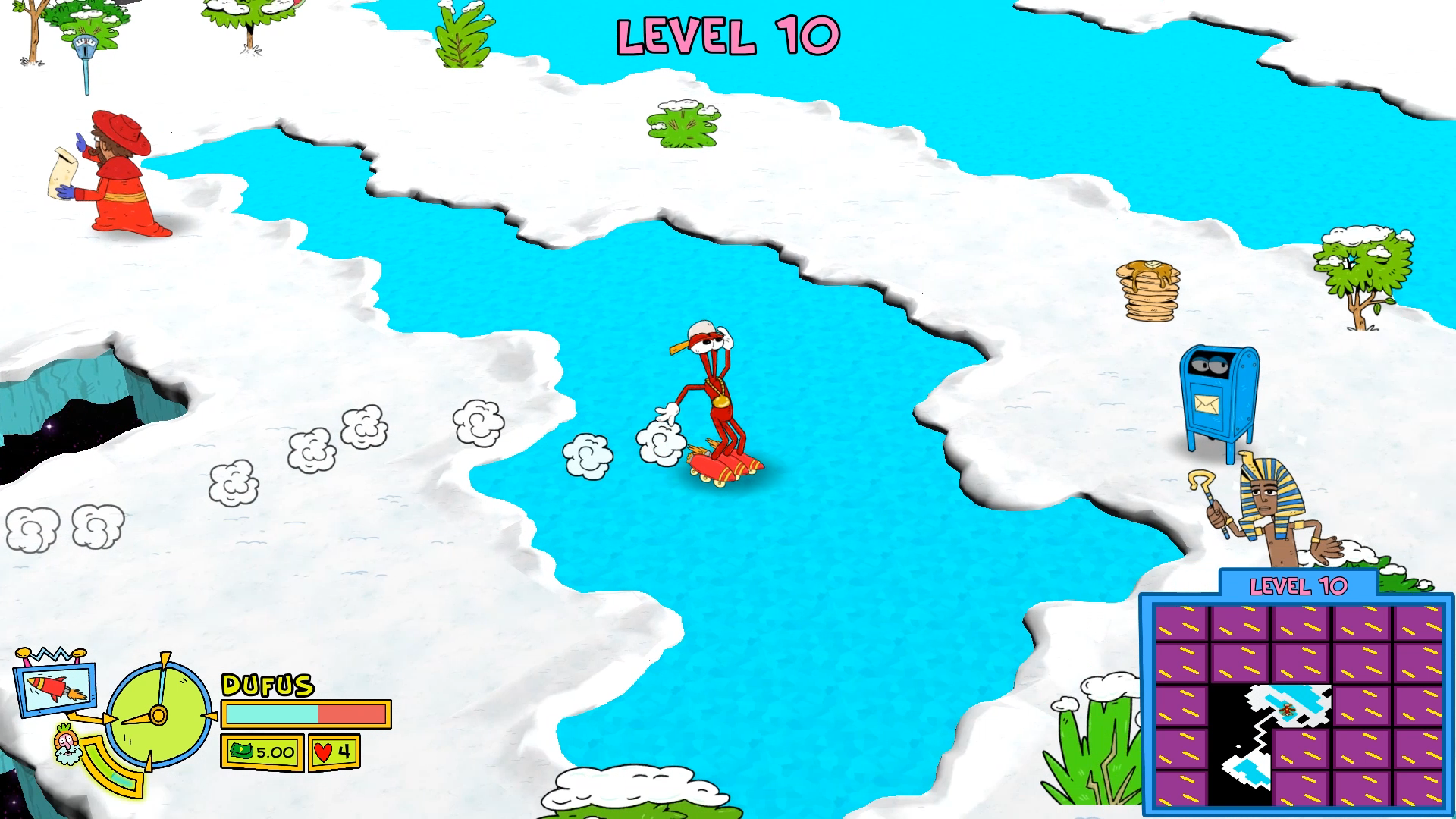 The game features up to 9 playable characters, procedurally generated levels and more than 50 different enemies (Earthlings). There is also an experience system in place here that will level-up various stats for each character: speed, health, present skill, search skill, inventory size and luck.

As for those pesky Earthlings, most of your favorites are returning here including the Insane Dentist and Ice Cream Truck, but there are some modern enemies added for the new ToeJam & Earl game. Internet Trolls will hit you with weaponized swear words and the new Texting Person will trample anyone in their path. 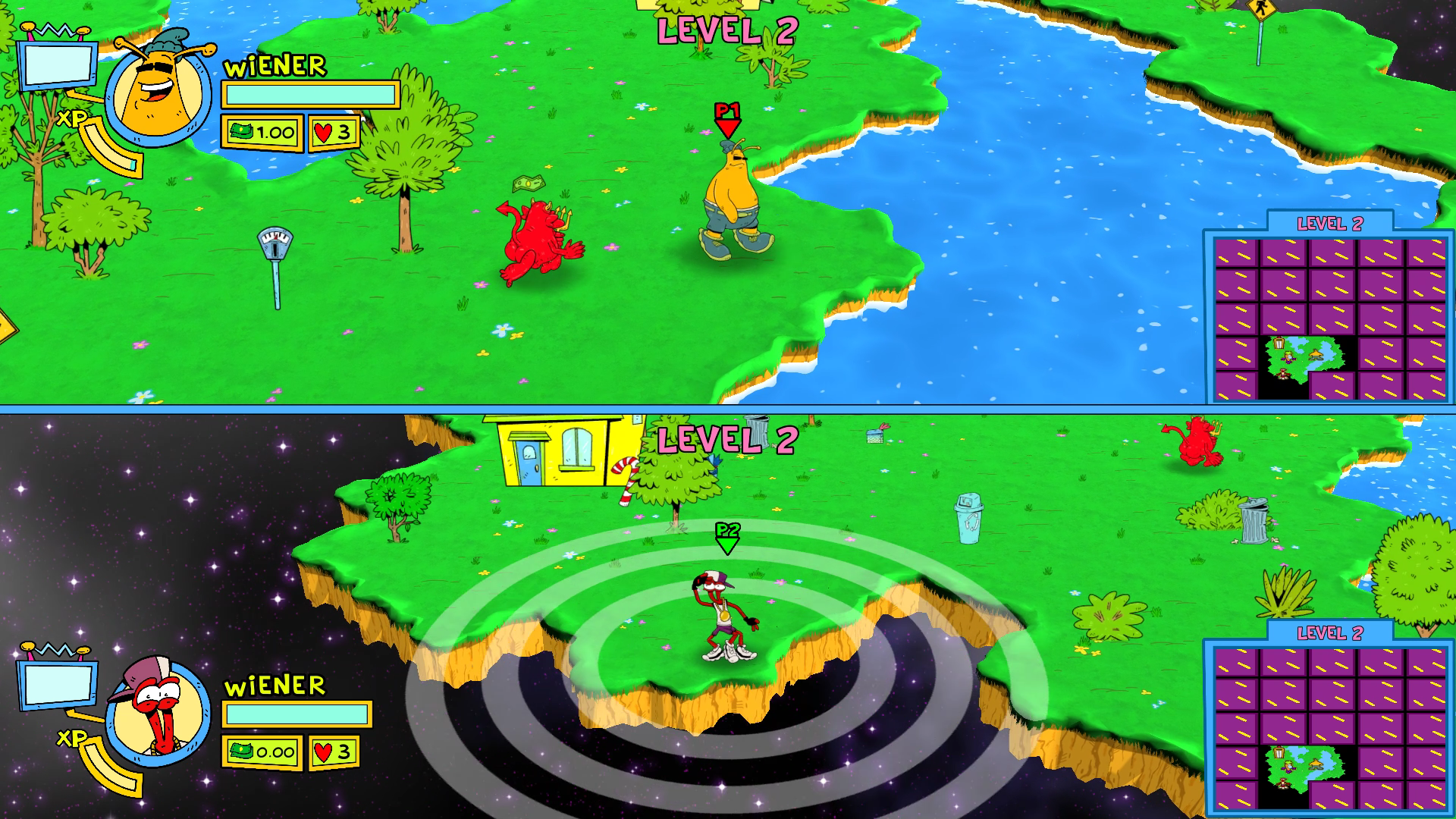 There is also local or online multiplayer with up to 4 players. That’s for both the main campaign as well as the included mini games. You’ll be hitting the HyperFunk Zone which is described as “a side-scrolling track full of presents and cash.” But you can also get into super funky dance battles with loads of new and classic tunes.

ToeJam and Earl: Back in the Groove is a mash-up of the very best features of the classic console games with a ton of fresh improvements. Grab some homies and get ready for a blast of funky nostalgia as you help ToeJam and Earl return once again to Funkotron.

ToeJam & Earl: Back in the Groove is available on Nintendo Switch, PlayStation 4, Xbox One, Windows PC and Mac. It goes for $19.99 on all platforms. Personally speaking, I like when these older titles get released with more than just one of those odd-looking port updates. This, like say the new Resident Evil 2, appears to have been made from the ground up with all new visuals and loads of modern gameplay features that make the price tag more than worth it, especially for fans of the original series.