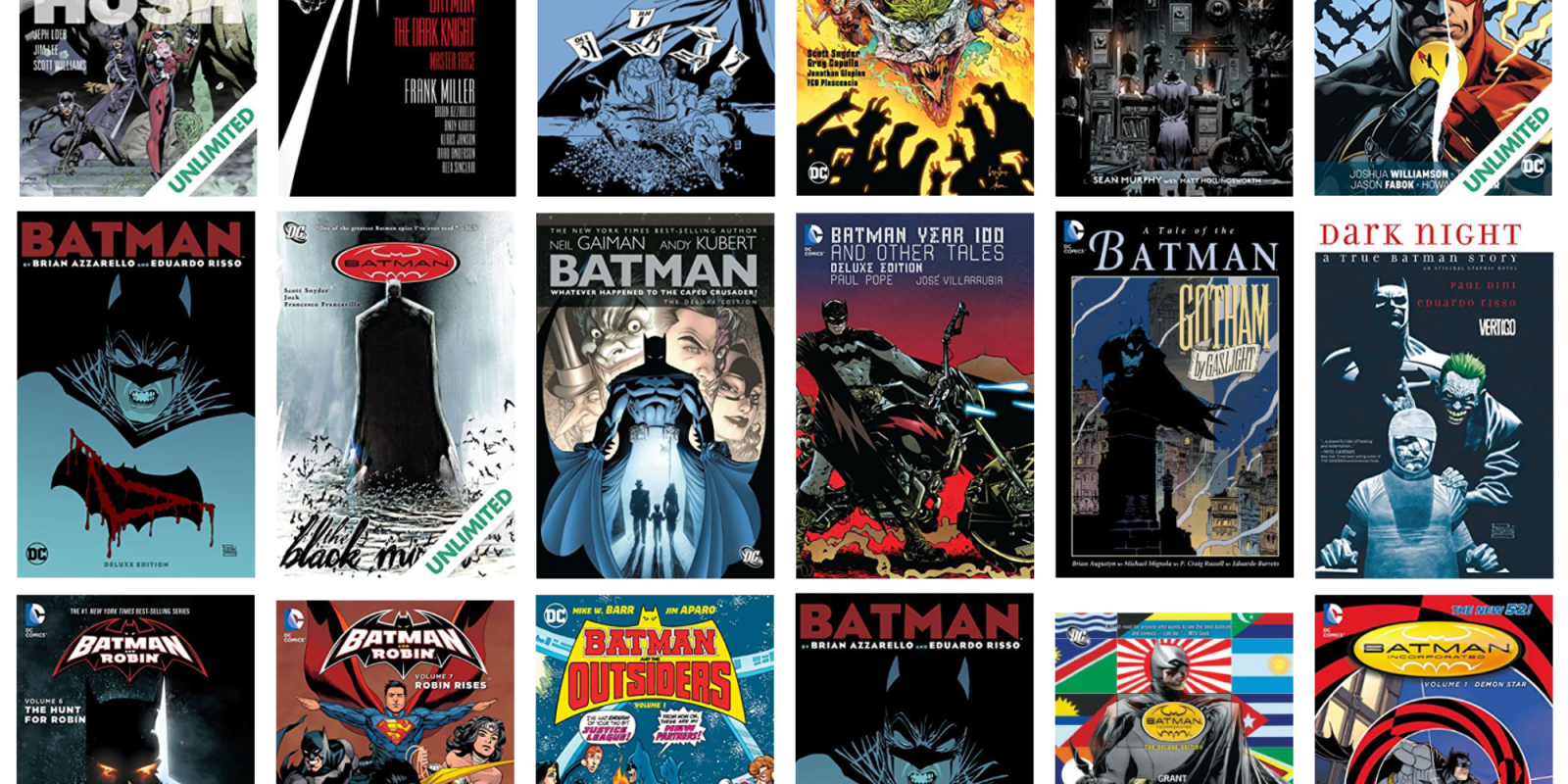 Today ComiXology is back with another sale, this time taking up to 86% off the 80 greatest Batman digital graphic novels of all time starting at $5. There are plenty of different titles to chose from, with something for everyone regardless of if you’re classic Batman fan or a fancy the caped crusader’s more recent stories. One standout for us is The Dark Knight: The Master Race at $4.99. This novel usual fetches $20, with today’s sale taking off $15 and dropping the price to a new low. Following the demise of Lex Luthor, this story arc introduces the latest threat to Gotham City and the world. The only problem is, Batman is dead. See how everything unfolds by adding the title to your collection. Head below for some additional top pick for shop the entire sale for yourself.

If you’re more of a Marvel fan, don’t forget that you can still take advantage of ComiXology’s buy one get one FREE Marvel digital comics sale.

Other top Batman graphic novels in the sale:

It’s been three years since the Batman defeated Lex Luthor and saved the world from tyranny. Three years since anyone has seen Gotham City’s guardian alive. Wonder Woman, Queen of the Amazons…Hal Jordan, the Green Lantern…Superman, the Man of Steel…all of the Dark Knight’s allies have retreated from the front lines of the war against injustice.

But now a new war is beginning. An army of unimaginable power led by Superman’s own daughter is preparing to claim Earth as their new world. The only force that can stop this master race—Batman—is dead.