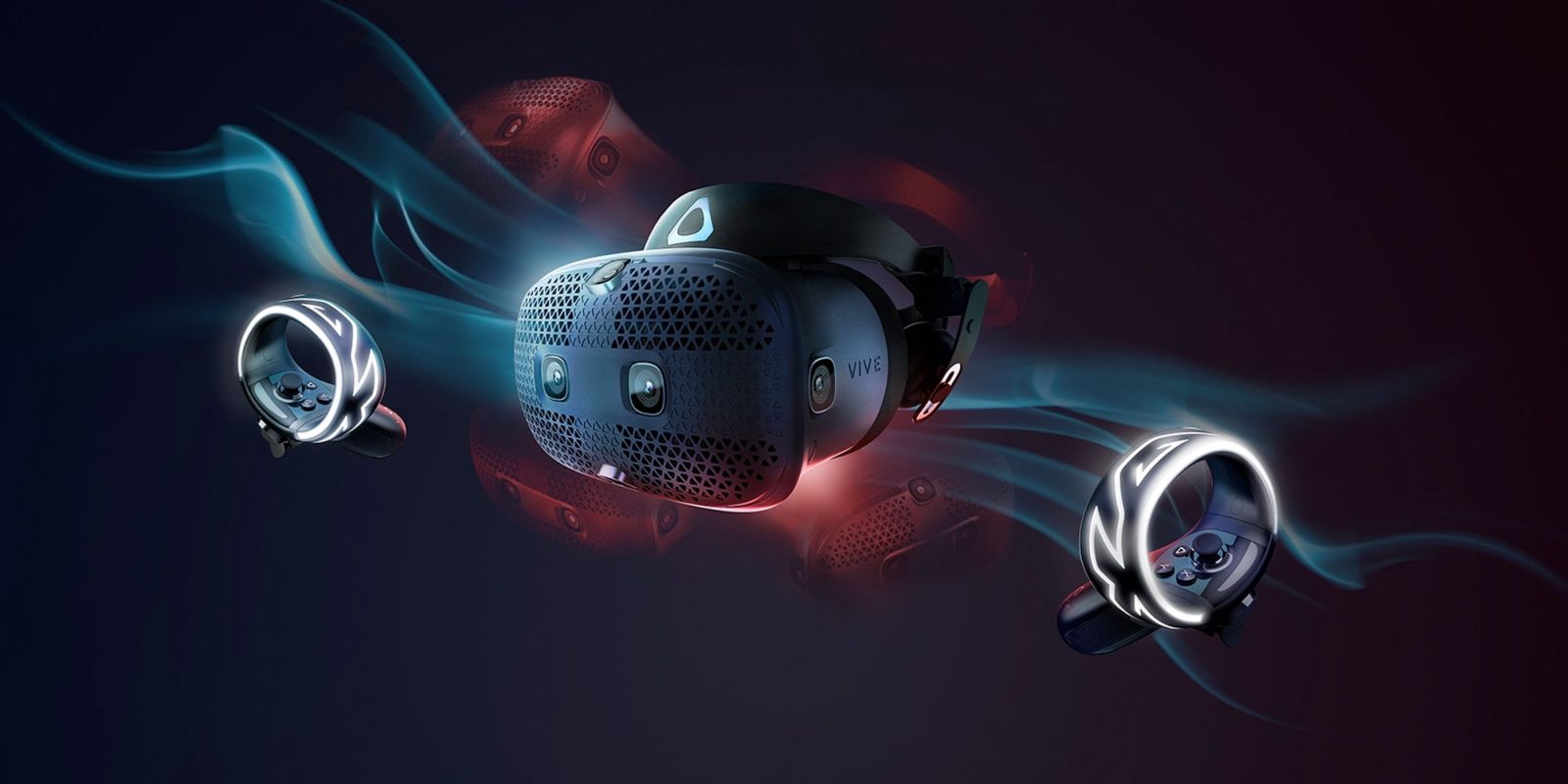 We first saw the VIVE Cosmos talked about back in January at CES 2019. HTC’s latest headset has all kinds of goodies packed into it. You’ll experience a six-camera system that allows you to negate the old method of using bases to track your movement, and new controllers will further immerse you into the game. The Cosmos also brings an 88% upgrade in screen resolution from the company’s first headset. What more does the HTC VIVE Cosmos bring? Keep reading to find out.

HTC’s VIVE Cosmos is one of the company’s best headsets announced to date. Though it’s not quite as premium as the VIVE Pro, the Cosmos does feature displays that are 88% sharper than the original VIVE at a 2880×1700 combined resolution. VIVE Cosmos will also game at 90FPS, to help eliminate the “screen door” effect of having displays super close to your face. Plus, the screens are “Real RGB panels” that have a 40% improved lens clarity over the original VIVE.

High-end, hassle-free experience with just about any device

The Cosmos is built around portability and premium experiences alike. The VIVE Cosmos pairs it down to just a single cable running between your headset and computer. Back in January, we did see the VIVE Cosmos powered by a smartphone, but we’re not quite sure if that’ll be available at launch or later on. This single cable concept is a nice change from the multi-corded norm that we generally find on VR headsets, making it much more simple to move around.

The tracking cameras are also built into the VIVE Cosmos, instead of having to use external stations like previous generations relied on. This also helps with your freedom of movement as you’re no longer restricted from going where the cameras can’t see (behind a couch or chair, for instance).

#HTCVIVECOSMOS combines optimal clarity and resolution to serve as the visual gateway to your virtual worlds. In addition, we'll be sharing more details on design & ergonomics this week. #HTCVIVE #VIVEPORT pic.twitter.com/CBVkPbAkEg

This new amount of freedom, or ‘6 degrees of freedom (6DoF)’, will give users a better overall experience while gaming. Though it’s not quite as nice as the Oculus Quest, which has no wires at all and is entirely self-powered, the Cosmos is likely the next-best-thing. You will get a better experience when using the VIVE Cosmos, however, as it harnesses the power of your desktop instead of using built-in processing.

Though no specific pricing is available yet, a spokesperson from HTC told Road To VR that it will cost less than $900. Other reports state it’ll be around $800, which was the same price as the original VIVE at launch. We’re not sure, but more will be known in Q3 when the VIVE Cosmos is officially released.