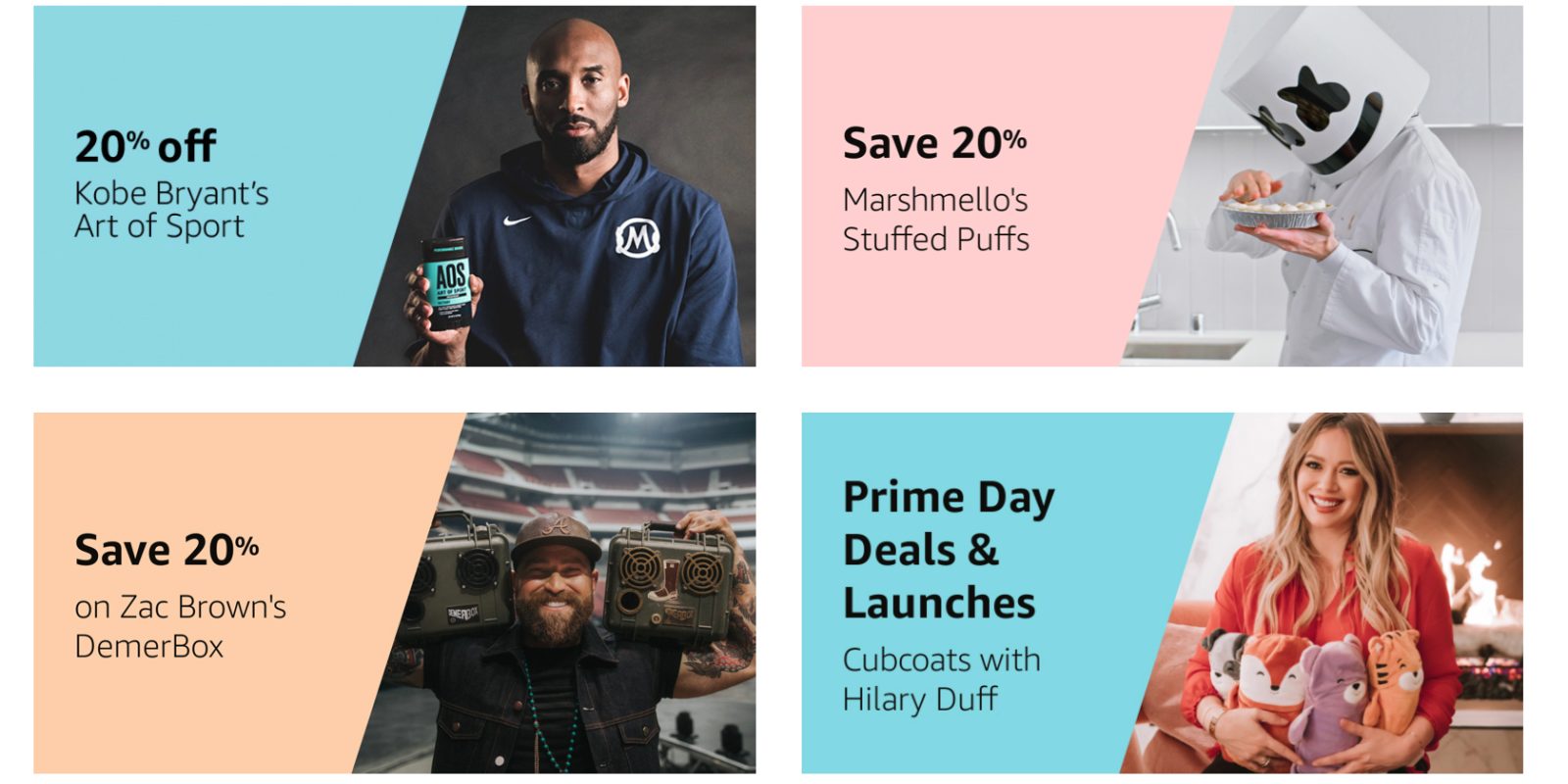 In the build up to Prime Day 2019, Amazon has been continually rolling out details on what you can expect on the big day. We’ve had our own predictions and already laid out a few nifty ways to prepare for Prime Day. Today, Amazon is announcing that there will be ample celebrity influence on this year’s event, aside from the previously detailed Taylor Swift concert. Amazon will be collaborating with celebrities on Prime Day in various ways, including guides to some of the biggest stars’ favorite products while also featuring various endorsed offerings. More below on these upcoming Amazon celebrity collaborations.

Cem Sibay, Vice President of Amazon Prime, gives a deeper glimpse into what these Amazon celebrity collaborations for Prime Day will entail:

“Now through Prime Day, members can enjoy exclusive deals and brand new products offered to them by some of the most popular stars… With incredible deals on top products from pop culture icons across entertainment, fashion, style and food, we’re bringing the best of shopping and entertainment to our members again this year.”

Exclusive celebrity-endorsed products will be available at Amazon

Various celebrity-endorsed products on Prime Day will be available only at Amazon, this includes new gear from Levi’s and more. Hilary Duff will be offering selections from her new Cubcoats lineup for kids, while Nintendo will be unveiling 24 new JoJo Siwa products which will be available exclusively at Amazon.

There will be plenty of other Amazon celebrity collaborations for Prime Day. Kobe Bryant’s new body care lineup will be at Amazon in July, while a new outdoor speaker called DemerBox has Zac Brown’s seal of approval for the big day. Check out all of the biggest celebrity endorsements for Prime Day right here.

Unlike years past, Amazon is really sharing a lot of details on new partnerships and promotions for Prime Day. Typically we get a glimpse of what deals will be available throughout July, along with a few other details on what to expect. This year’s event, Amazon’s longest Prime Day so far, appears to be filled with more side-shows than ever before with a concert, celebrity sightings and more.

As far as I’m concerned, just show me the deals.