Z-Wave Diary: Getting started with the best hubs from Ring, Aeotec and more 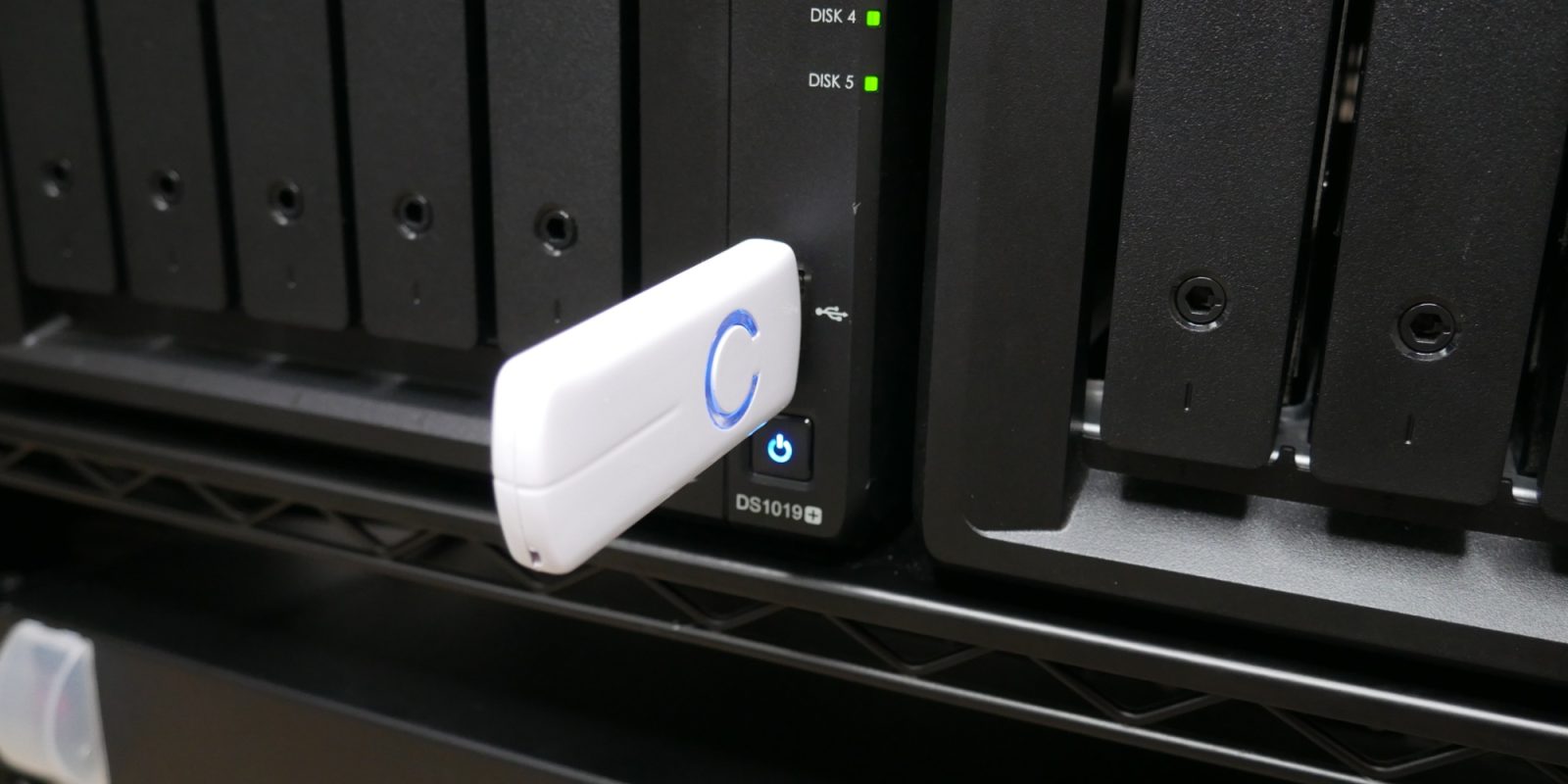 Smart home gear may have been popularized by assistants like Siri and Alexa, but there’s so much more to home automation than commanding devices with your voice. One of the most popular options for upgrading your connected setup falls to Z-Wave. It’s a standard that’s overflowing with benefits like local control, added security and a massive list of compatible devices.

To help kickstart your upgrades, we’ve taken a look at some of the more notable ways to get started. Head below for a dive into why you should adopt Z-Wave tech in the first place and the best hubs to get going with.

What is Z-Wave and what makes it fit for your smart home?

If you began your smart home journey by picking up an Echo Dot or Home Mini, then odds are you’ll be rocking Wi-Fi devices. Most Alexa or Assistant-enabled smart plugs fit into that category, and use your home’s router to communicate with the smart speakers. Z-Wave Plus technology is similar in that its a wireless standard, but foregoes Wi-Fi in favor of a mesh 900 MHz radio frequency.

But you might be thinking ”why go through all the hassle of retrofitting your setup with some new tech?” For starters, Z-Wave accessories are much more reliable than your run of the mill Wi-Fi devices. The latter works great when there’s only a few on your network, but once more and more of your home gets a smart upgrade, that begins to change. By ditching these standalone Wi-Fi accessories in favor of Z-Wave, not only will your internet improve, but you’ll also lay the groundwork for a more future proof smart home.

Other benefits enter in the form of increased range, a wider variety of devices, enhanced security, lower power consumption and the list goes on.

The perks of adding a hub into the mix

While having a centralized hub is a must for communicating with Z-Wave devices, the hardware is more than just another accessory to wire into your router. One of the main benefits is introducing the ability to set up more complex and intelligent automations. So rather than just using Alexa or Assistant to turn on the lights with your voice, you can leverage sensors, other triggers and advanced logic to add some smarts into your smart home. Having a dedicated device for processing data also lets you schedule commands even when your phone isn’t at home. 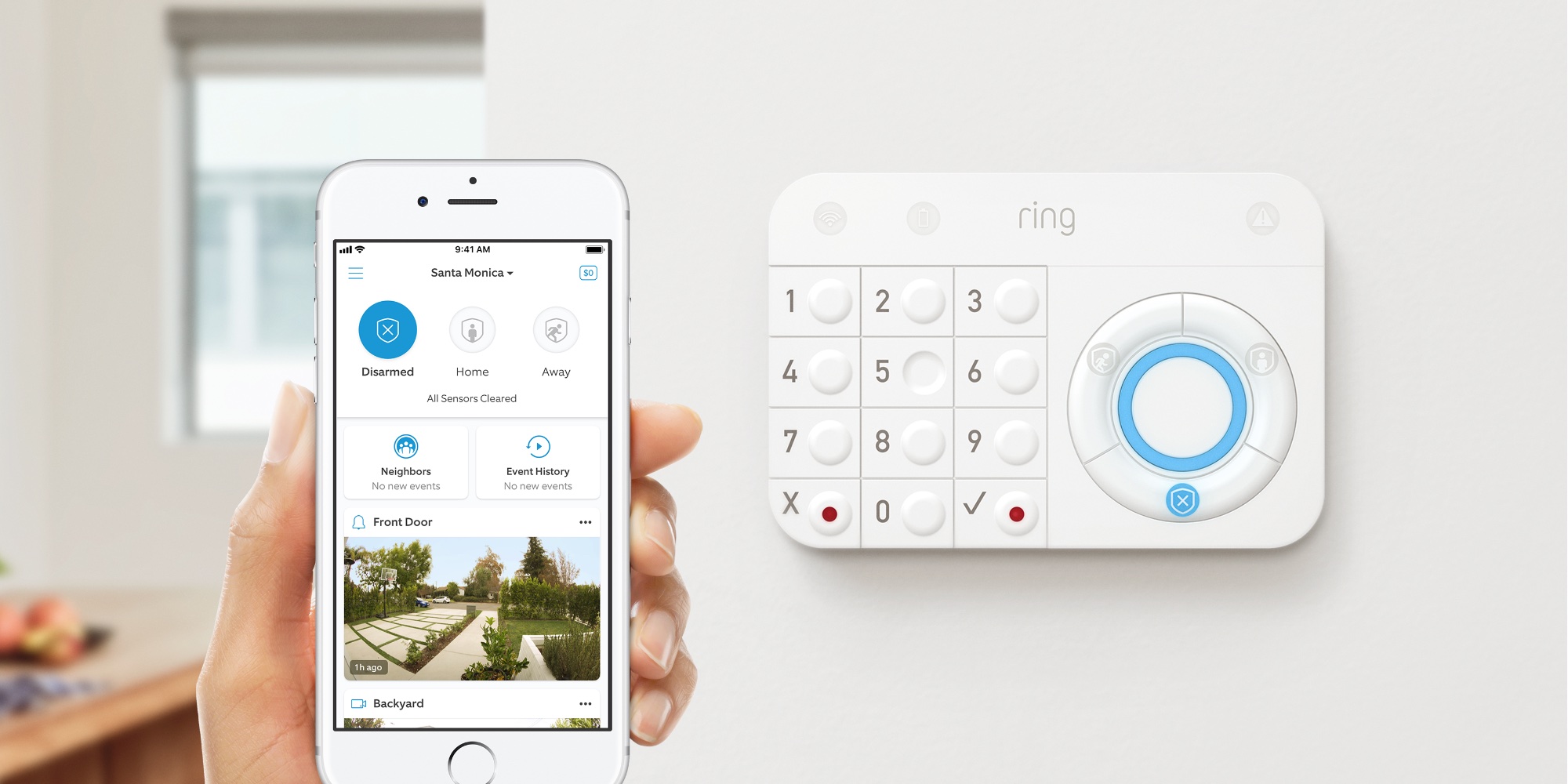 Ring is one of the newer players in the Z-Wave space, having just recently opened its Alarm system to work with these third-party accessories earlier in the year. Despite having a later start than many of the other smart home security systems, Ring has quickly risen to be one of our favorite options on the market.

Amazon and Ring’s approach has differed from what we’ve seen in the past. Rather than open up Ring Alarm’s Z-Wave capabilities in a more broad sense, the brand has partnered with some of the most popular accessory makers. So you’ll find compatible gear from companies like GE, Kwikset, Leviton and Schlage. 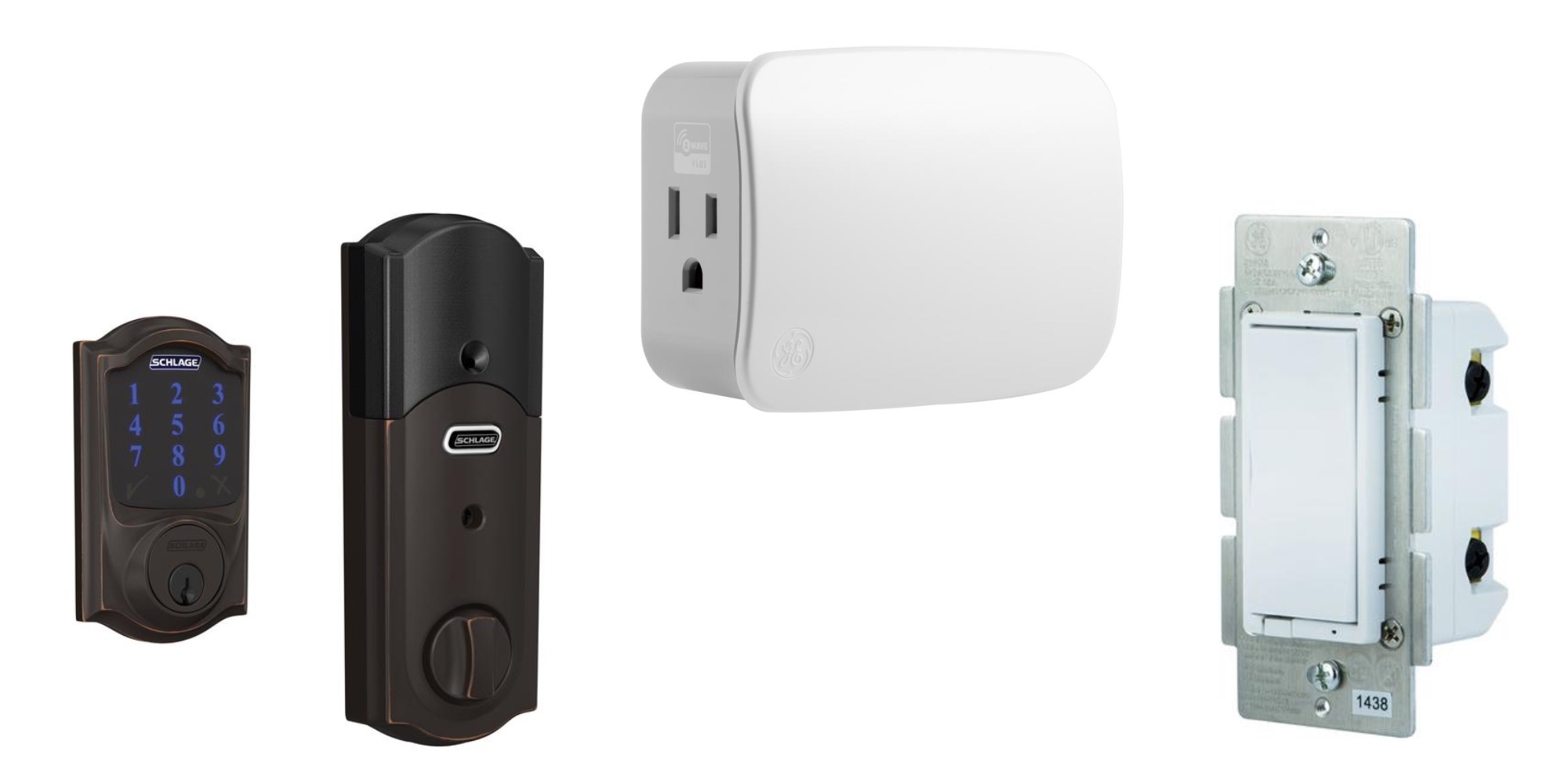 I’ve been recently been using Ring Alarm and have found its Z-Wave integration to be a well-polished enhancement to the system. Compared to other platforms, it’s certainly been one of the most hassle-free implementations of the tech. When Amazon says that something Works with Ring, there’s no asterisk there. The more hand-picked selection of compatible devices really pays off.

Something that’s all too well a common occurrence for Z-Wave owners is the tedium of getting devices configured for the first time. First you have to put both the hub and accessory into their pairing modes; then wait for the magic to happen. Though if something where to go wrong, a lot of systems only display a cryptic “unable to pair message”. Ring has been able to remove the head-scratching pairing failures with its certification process, and is a better system for it.

Ultimately, if security comes first but you’re wanting to expand smart home tech past Wi-Fi devices, this is a great jumping off point. And should you be a heavy Alexa user, then that’s only more-so the case.

Entering as a better pick for hobbyists, SmartThings dabbles in home security while introducing greater home automation abilities. Samsung has been in the smart home game for quite some time now. That experience has yielded a diverse lineup of devices. It’s ecosystem is now onto its third generation, with the latest SmartThings Hub having matured into one of the more feature-rich options on the market.

There’s a strong lineup of first-party devices supplemented by a wide range of compatibility with other popular systems. The whole package is voice assistant agnostic, meaning you’ll get to choose between controlling devices with Alexa or Assistant. Ring on the other hand, mainly centers around Alexa and only supports a small fraction of its capabilities with Assistant.

On top of working with Z-Wave accessories, you’ll also be able to integrate Zigbee gear and more. SmartThings works with most of the big players in the smart home space, so if you have Hue lights or an ecobee thermostat, it’ll work with the system. 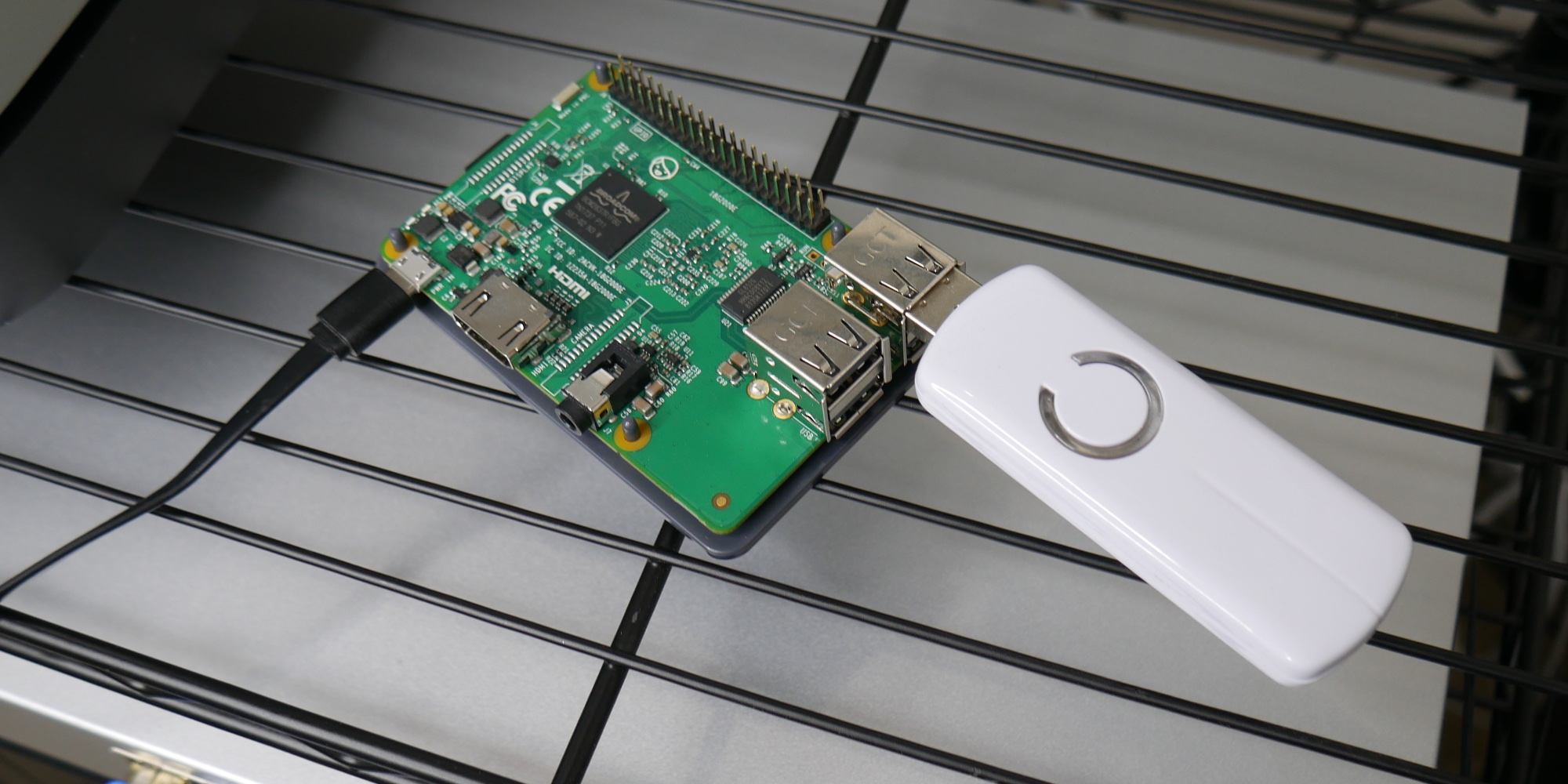 At the opposite end of the spectrum from the likes of Ring, you have Aeotec. The brand’s Z-Stick 5 is an ideal solution for home automation enthusiasts and is the closest you’ll get to a pure Z-Wave system. And as such you’ll benefit from some noteworthy perks.

While other systems utilize there own implementations of Z-Wave connectivity, Aeotec uses a more standardized version of the technology. That means it supports practically every single Z-Wave device out there; so whether you have accessories from GE, Samsung, Monoprice or some other vender, odds are they’ll work with the Z-Stick. 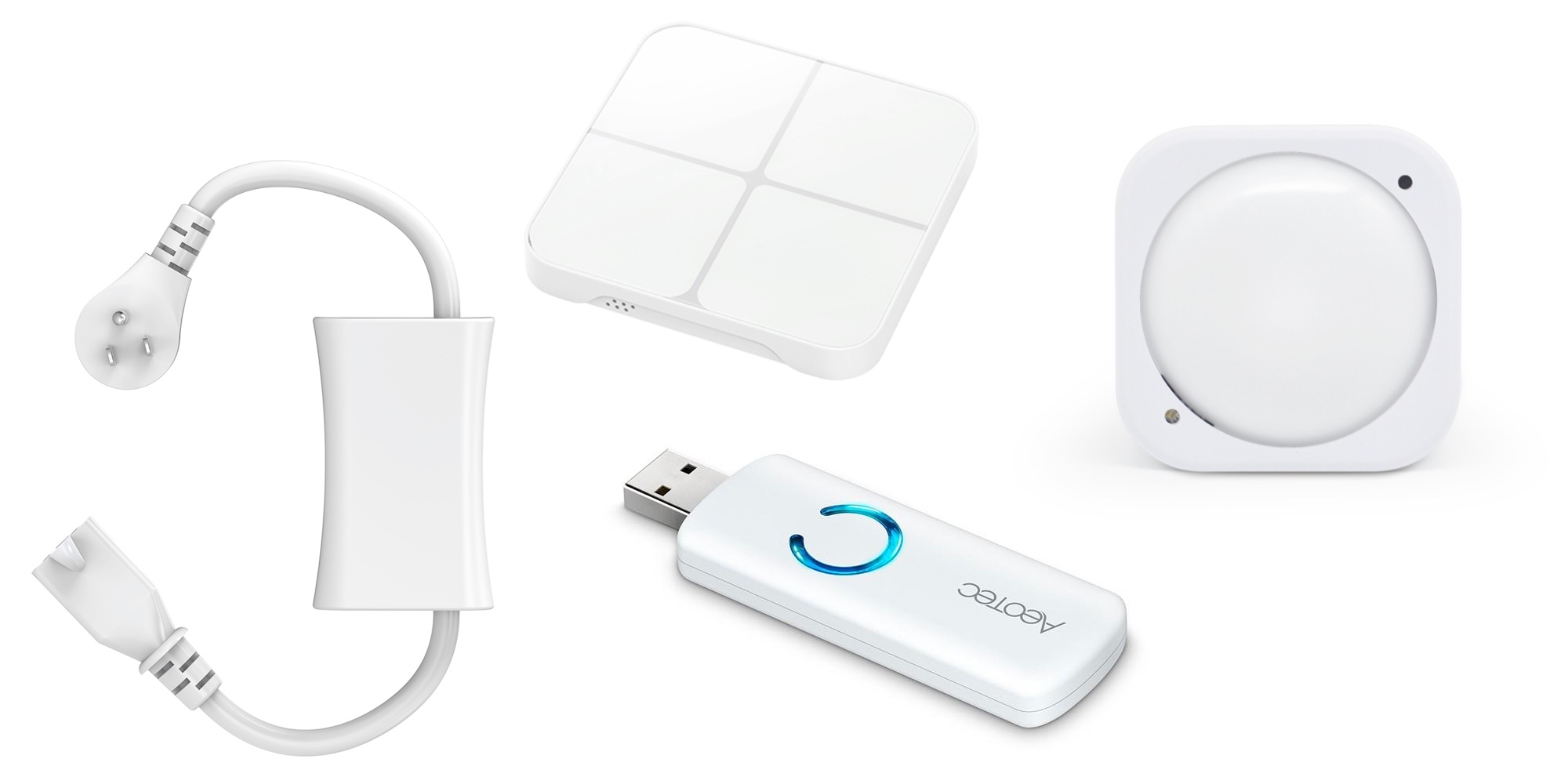 But even if you wanted to stick with Aeotec’s own batch of first party accessories, you’d have one of the widest varieties to choose from. The company’s selection is unmatched in a lot of ways; featuring everything from your typical door and window sensor to remotes, lightstrips, garage door controller and much more. I personally own a handful of these devices and find them to be feature-packed while staying affordable.

Aside from giving you flexibly in how you retrofit your smart home, the real benefits of Aeotec’s platform become more apparent when you look into how the network is structured. First and foremost, everything is local. There’s no need to worry about data being sent up to the cloud or anything of the sorts. So those wishing to adopt smart home tech without giving up privacy won’t have to make any compromises.

A more practical application of entirely local control is that commanding your smart home accessories won’t be linked to an internet connection. So pesky server downtime or internet outages won’t get in the way of you turning the lights on and off. 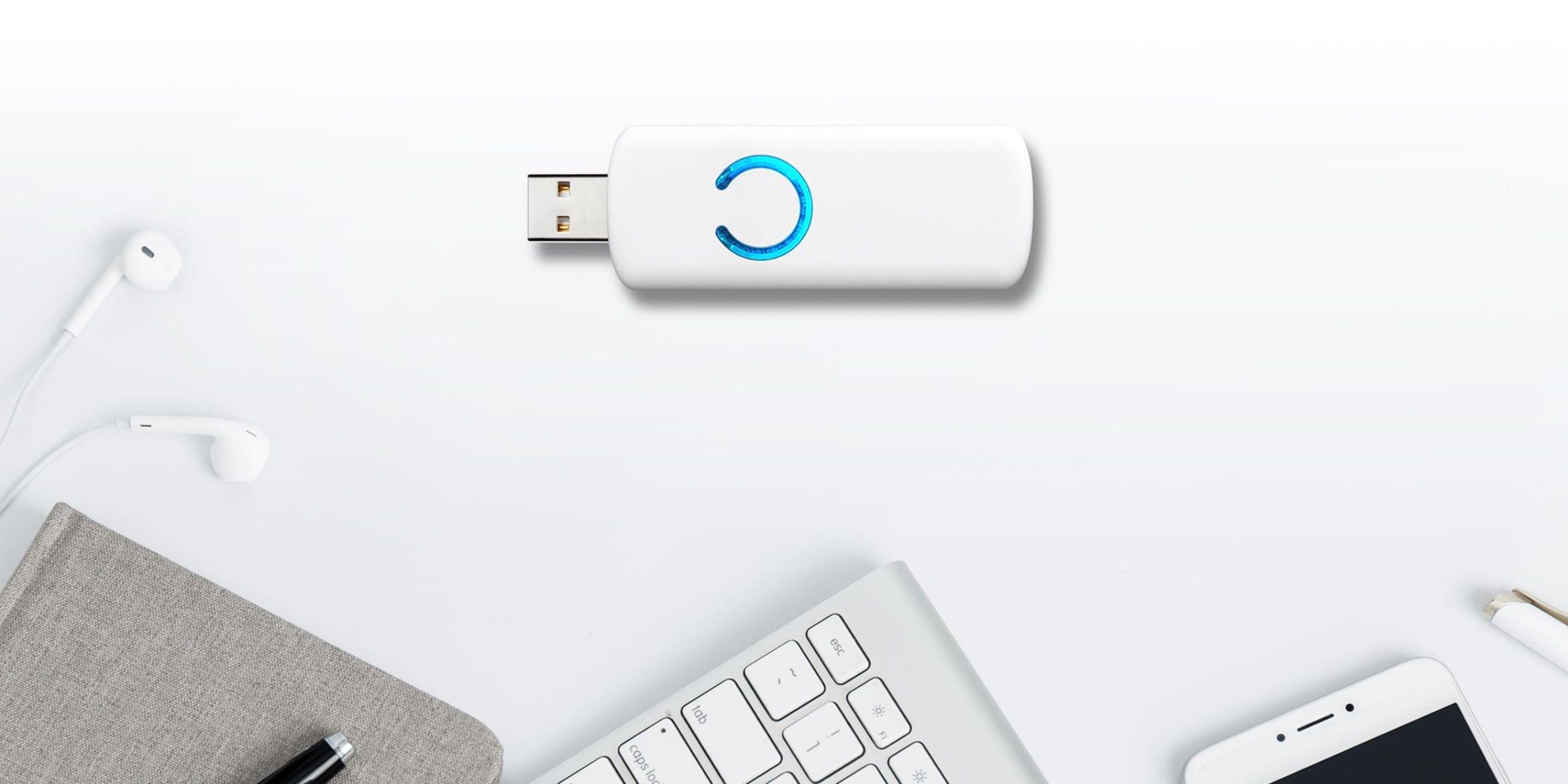 Going the Aeotec route is also significant for those wanting flexibility in how you use the devices. Pair it with a Raspberry Pi and Home Assistant for a deep dive into home automation. Or opt for HomeBridge and bring Z-Wave devices into HomeKit. There’s a lot of flexibility with Aeotec being one of the more well-known companies out there. So there’s a long list of compatible systems.

Abode was previously one of our top picks for getting started with a Z-Wave smart home; as well as being a personal favorite of mine. But since our last look, Samsung refreshed its SmartThings Hub and the Works with Ring program was launched. So now when you look at the different use cases for a Z-Wave hub; Ring offers better integration with Alexa and SmartThings with Assistant; while Aeotec has the power-user coverage locked down. It’s still a solid option, but if you weren’t already concerning Abode, then Ring Alarm is worth looking at instead.

Are you a Z-Wave smart home owner? Let us know which hub you went with in the comments below. And if you have any favorite devices, we’ve love to hear about those as well!