Review: LEGO’s Dubai Skyline is one of our favorite Architecture creations yet 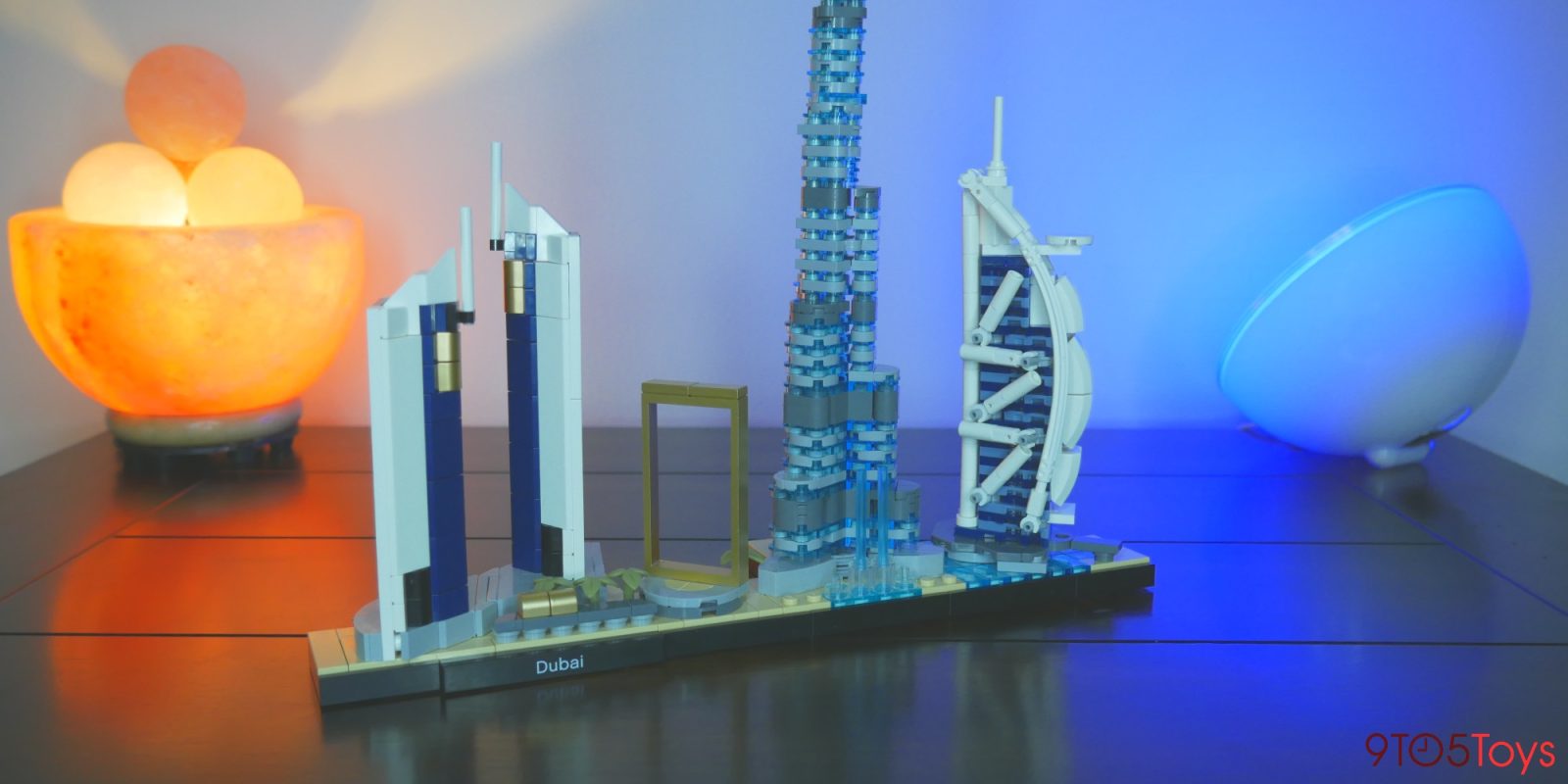 As the second of this year’s all-new Architecture builds, today we’re taking a hands-on look at the LEGO Dubai Skyline kit. Stacking up to 740-pieces and even more significant value, this is the most substantial creation from the series to date. Complete with some of the most impressive and eye-catching techniques we’ve seen, there’s a lot to love about this build. Be sure to head below for our full LEGO Dubai Skyline review.

At the start of 2020, LEGO unveiled two new Architecture kits as per the annual tradition established over the past couple of years. We already took a closer look at what the Tokyo Skyline had to offer, and now we’re turning our attention to the United Arab Emirates. Enter the 740-piece LEGO Dubai Skyline.

Just like every Architecture Skyline set that’s come before it, the Dubai edition is assembled on top of a 38-stud long base. It’s one of the signature elements of the series and, as you’d expect, comes completed by a printed nameplate. From there, you’ll work through assembling four different structures. Some are pieced together quite simply, with only a few bricks required to craft monuments like the Dubai Frame. 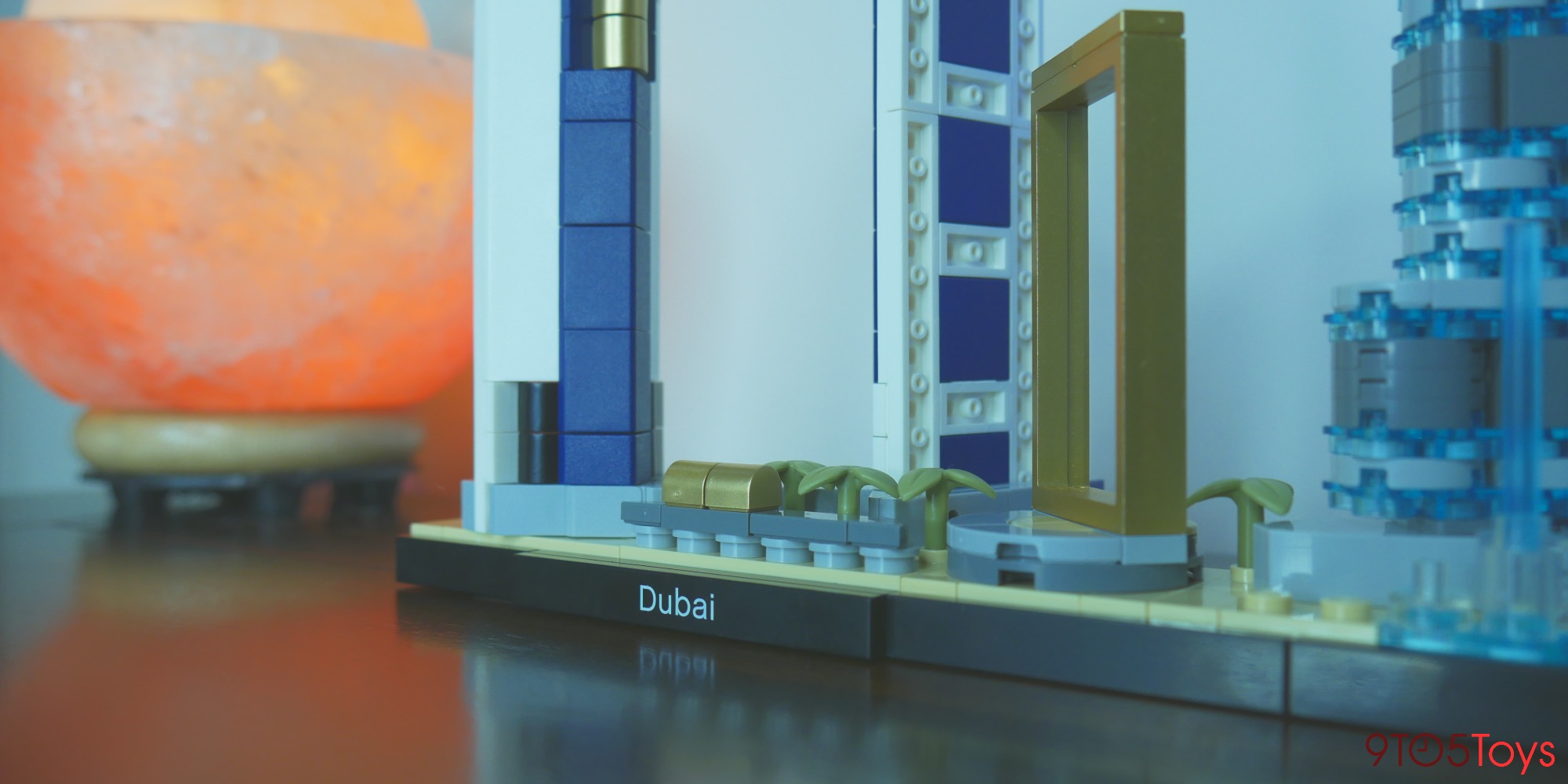 That’s in stark contrast to the neighboring building, the Burj Khalifa. With a reputation of the world’s tallest building, incorporating the skyscraper into this kit has also earned it the honorary title of the most massive LEGO Architecture Skylines kit. Standing over 12-inches tall, the 3-tone blue, grey, and dark grey design adds plenty of detail into the build.

Flanking the aforementioned structures, there are two additional monuments that introduce even more unique building techniques. On the left-hand side, there’s the Jumeirah Emirates Towers Hotel, which is comprised of two interlocking sections. The manner in which two halves slot together is pretty clever and one of the highlights of my LEGO Dubai Skyline review.

Lastly, you’ll find the Burj Al Arab on the far right, which has to be my favorite element of the LEGO Dubai Skyline. Aside from just nailing the look of its real-world inspiration, the brick-built model manages to employ some of the more creative techniques we’ve seen at this scale.

Repetition can be a strength, after all

Across the board, there’s a lot of repetitive building techniques. Normally this would be a downside to crafting the kit, but LEGO has managed to turn a usually lackluster experience into something that I dare say is enjoyable. While some portions of the build will have you leveraging the same few bricks step after step, there’s enough variation to keep builders on their toes.

That’s on top of using techniques that are far from common, even amongst other LEGO Architecture kits. And of course, it’s hard to be disappointed when all that repetition ends up playing a big role in crafting a wonderful final model. 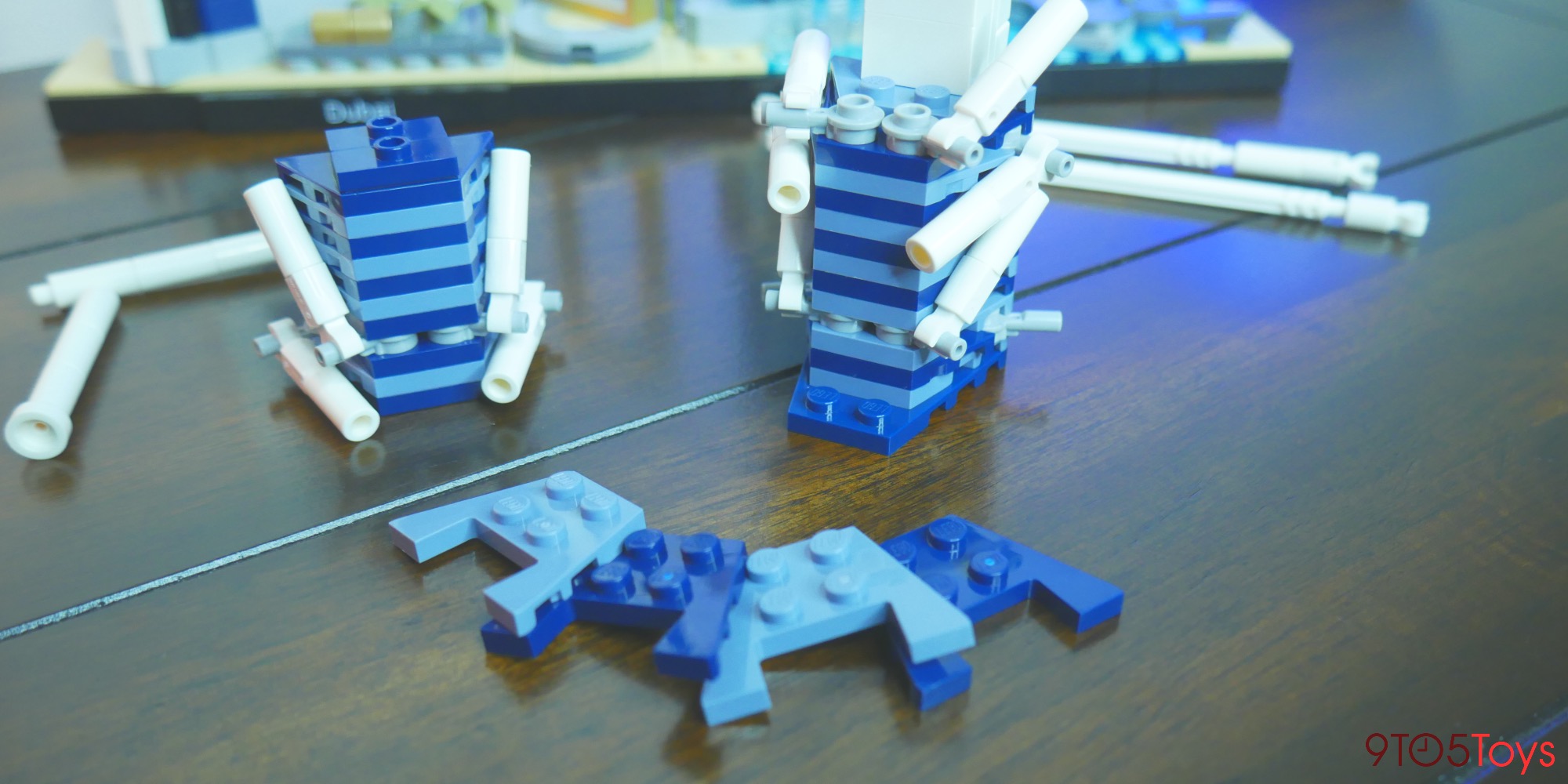 Alongside just assembling one of the more unique skylines in the Architecture series, LEGO’s Dubai set is also packed with a pretty impressive roster of elements. From gold chrome parts to 28 of the candlestick bricks, which are cleverly used to achieve the Burj Al Arab’s unique facade. Many of the included bricks are on the smaller side compared to other creations, like the 140 translucent blue studs. But that leads us nicely into how that affects the overall value.

The LEGO Dubai Skyline kit enters with a $59.99 retail price tag. For that, you’ll bring home 740-pieces, equating to an about $0.08 per brick cost. That’s far below what we saw earlier this year with the Tokyo set and makes today’s reviewed Architecture build a pretty notable value. Even if the elements are on the smaller side, the parts per dollar ratio are solid enough to have that covered.

Even more enticingly, at the time of writing, Walmart has discounted the LEGO Dubai Skyline down to $48, amplifying the already great value presented in our review.

Without a doubt. Sure, Dubai might now have the same instantly recognizable buildings as the San Francisco, Paris, or even Tokyo Skylines do, but that doesn’t matter at the end of the day. So many of the incorporated techniques give builders something new to enjoy, and most importantly, the final model speaks for itself as a remarkable feat of brick-built architecture. 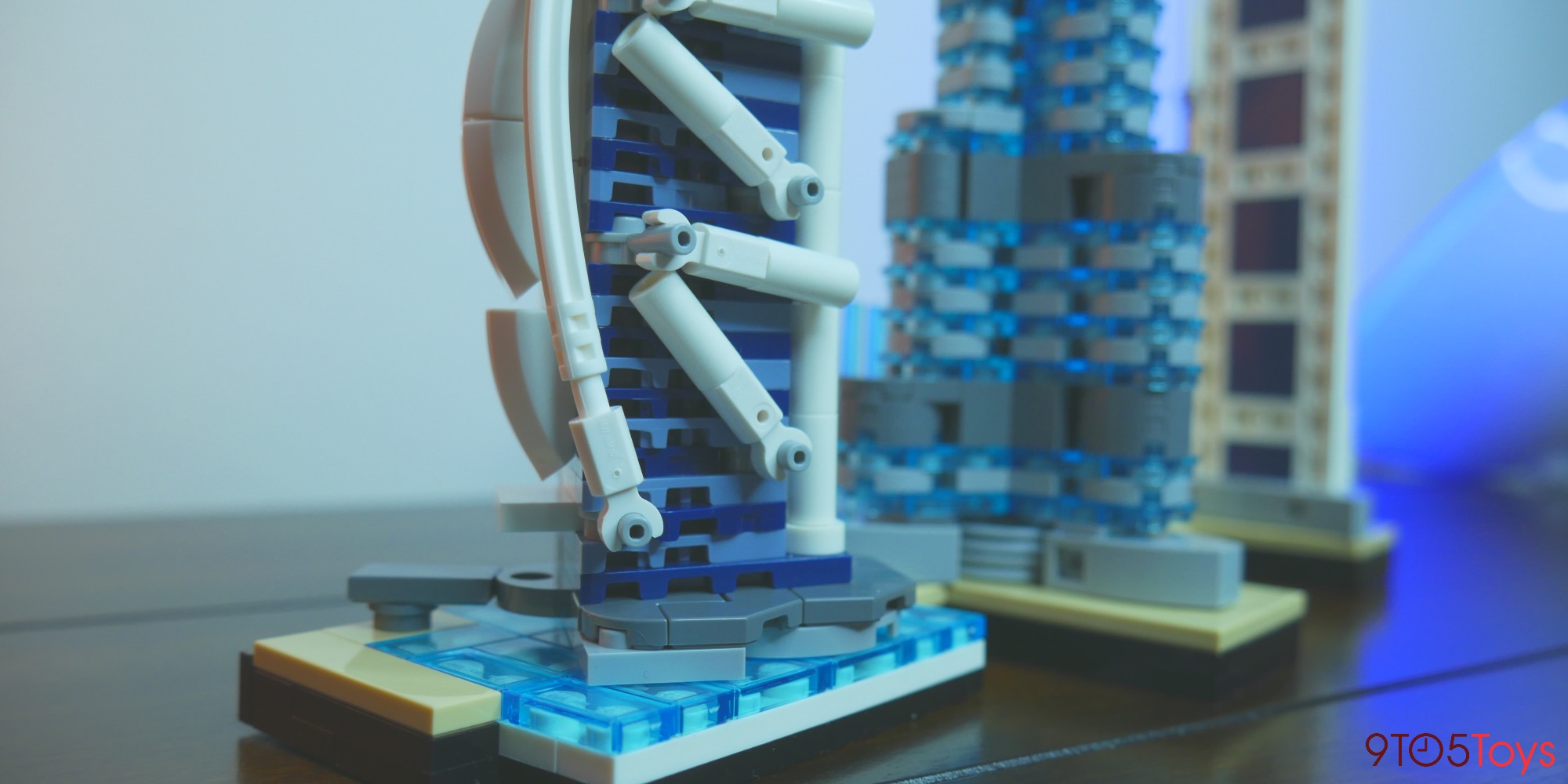 Compared to the other Architecture set that was released this year, Dubai offers a completely different experience. Tokyo refreshed old techniques from the theme into an extremely polished kit. But Dubai looks to assemble something entirely new, both in what the final model assembles and how it goes about piecing together each brick.

So if you’re just in search of a fantastic build and don’t necessarily need to feel some affinity for the location, Dubai has to be my favorite Architecture Skylines set yet.

Buy the LEGO Dubai Skyline set featured in our review