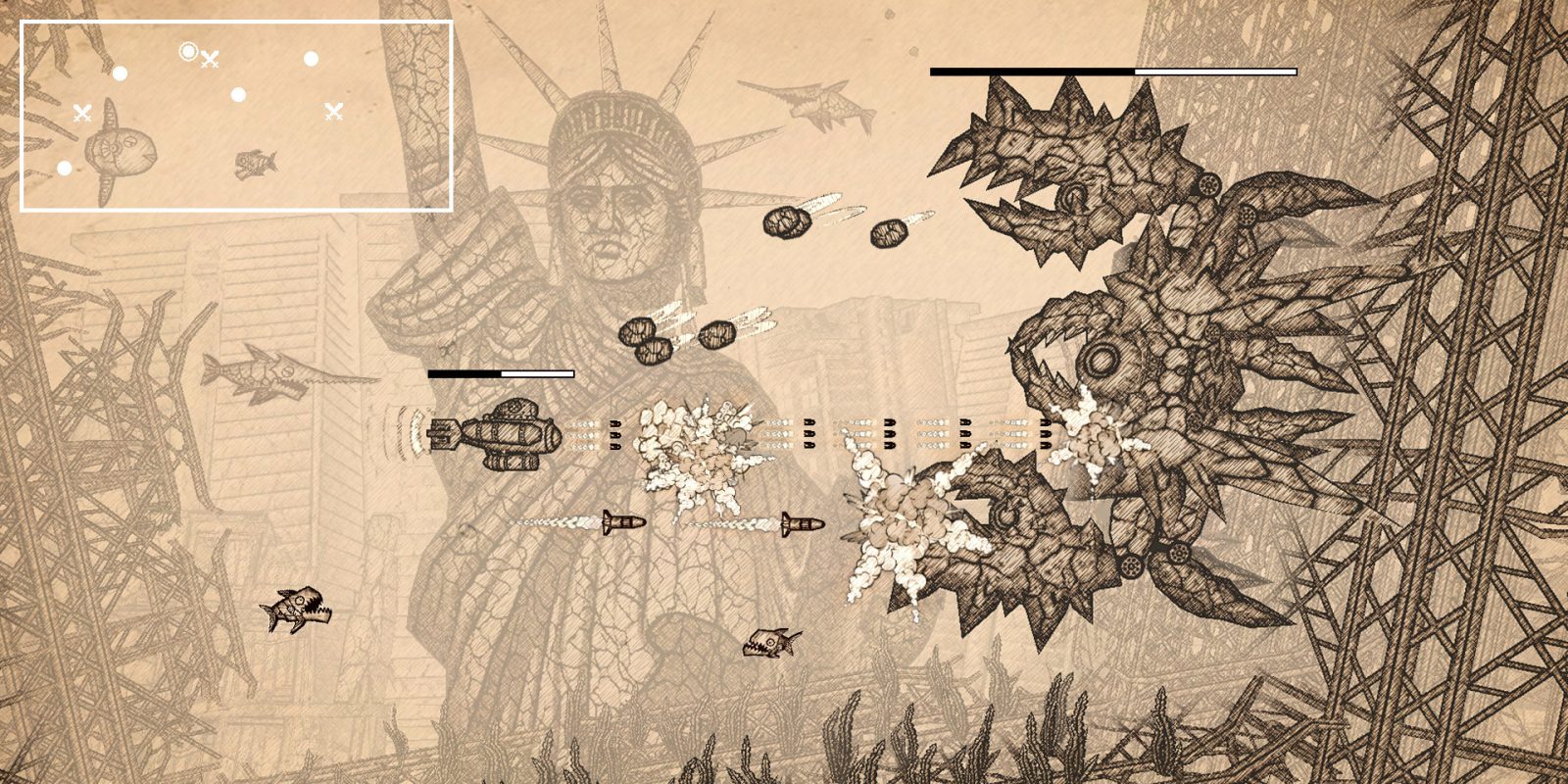 Earth Atlantis is a side-scrolling shooter set in a post-apocalyptic underwater world with an interesting “Old Sketching” visual style. As most of the earth’s surface drops below the ocean, “human civilization has fallen” and “machines have adopted the shape and form of marine animals.” You are the hunter that must explore the vast underwater world and take down these hybrid beasts. And you’ll be doing it all at a major discount. The regularly $5 shooter is now free on the App Store for the very first time. It has two different game modes, four playable ships with unique weapons, 25 large monsters, 4 enemy ships, and 9 special events to tackle. Rated 4+ stars. More details below.

Well, it has been a busy couple weeks in iOS app deals as developers try to do their part. While some of those deals are starting to die out, there are still plenty of options to keep busy with in this morning’s roundup. We also have a very notable deal on the Cat Quest iOS action-RPG as well as OK Golf, and a very rare freebie offer on Ellen’s Head Up! game. But be sure to swing by our Games/Apps Guide for even more of the best price drops.

Earth Atlantis is a side-scrolling shooter with an original “Monster-Hunting” gameplay. Search and hunt down dreadful sea monsters and explore the post-apocalyptic underwater world. Unlock multiple ships with special weapons and abilities for your journey and become a legendary hunter! Human civilization has fallen. Machines have adopted the shape and form of marine animals. The ocean is full of creature-machine hybrid monsters. You are a “Hunter” and the new journey begins…

Get this deal
Reg. $5 FREE
You’re reading 9to5Toys — experts digging up all the latest technology and lifestyle deals, day after day. Be sure to check out our homepage for all the latest news, and follow 9to5Toys on Twitter, Facebook, and LinkedIn to stay in the loop. Don’t know where to start? Check out the best Apple deals, our daily podcast, and subscribe to our YouTube channel