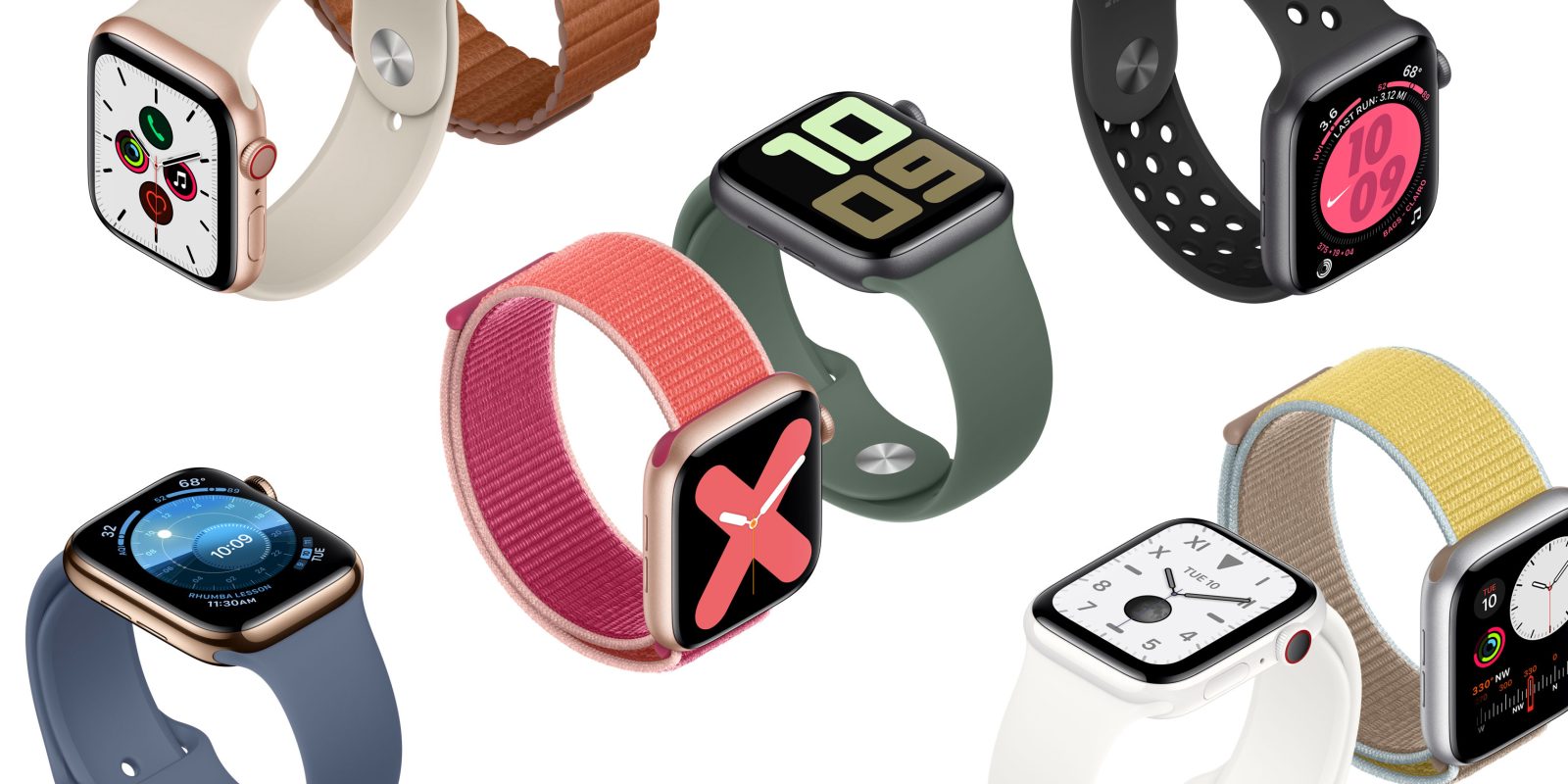 Currently, Apple’s Series 5 Sport lineup starts at $399 with various band options available at varying price points. The upgraded Stainless Steel version goes from $699 with the same options on bands and various finishes. Series 5 is available in both cellular and GPS configurations.

Apple offers also various specialized versions of its wearable, including Nike+, which for Series 5 starts at $399. Apple continues to roll out fashion-forward versions of its Hermēs Watches with prices from $1,249.

2019 also saw the return of Apple Watch Edition, the high-end wearable with a ceramic or titanium casing. Prices start at $799 with a choice of various bands and case styles.

Apple Watch Series 5 is regularly discounted by $50 and upwards of $100 at various times throughout the year. Amazon, Best Buy, Target, Walmart, and B&H are all retailers that are authorized to sell Apple Watch in the United States. 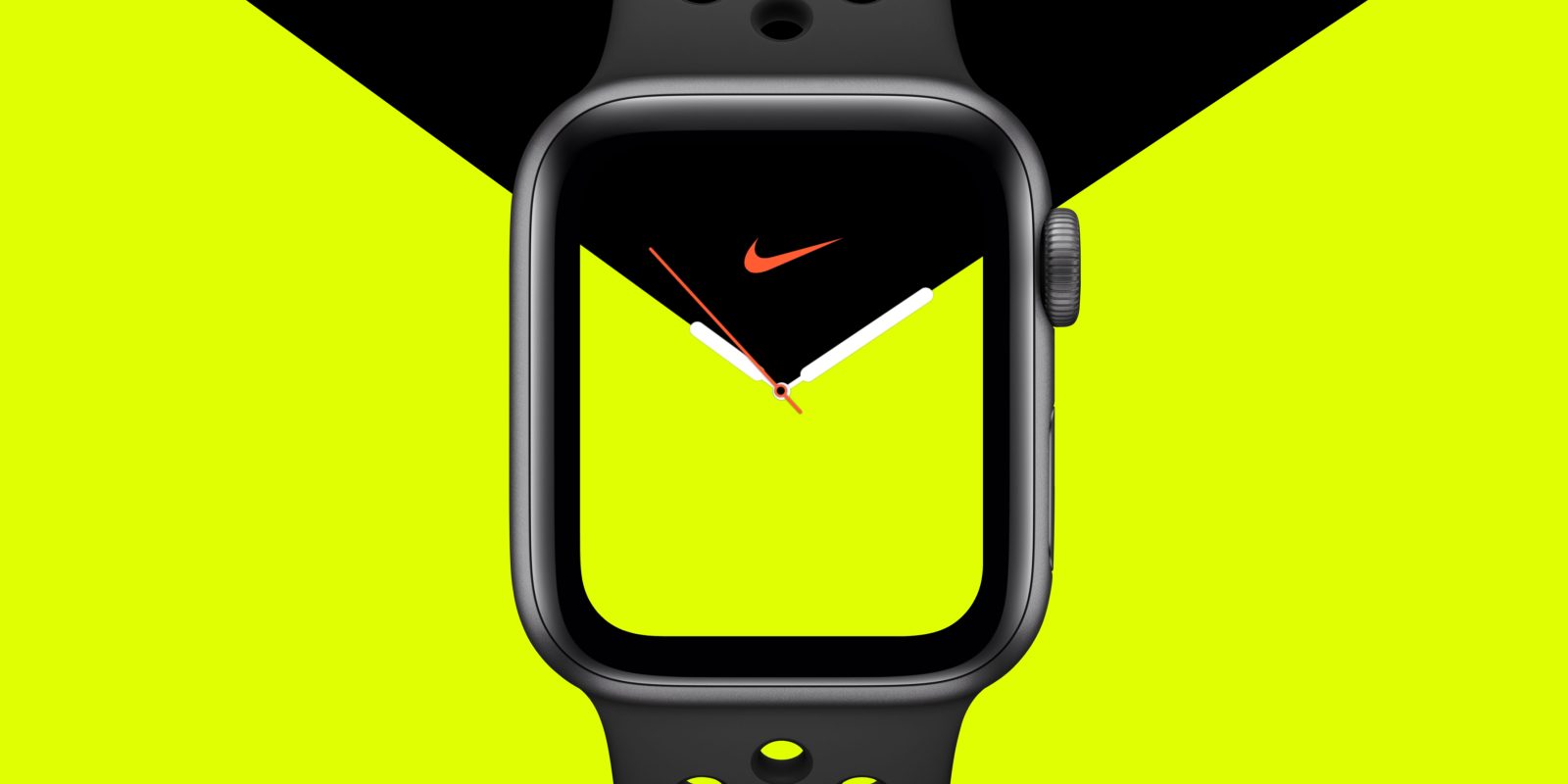 Amazon is currently taking $50 off a variety of GPS and Cellular Apple Watch Series 5 models. This brings the entry-level 40mm GPS down to a new all-time low at $349, with higher-end configurations matching our previous mentions. You’ll find this same offer over at Best Buy with Nike+ models on sale, as well. Free shipping is available for all.

The latest from Apple delivers a new always-on Retina display, 30% larger screen than Series 3, and a swimproof design. Improved features like heart rate tracking, ECG, and a new compass are a few of the other notable upgrades here. Of course, you’ll still get fitness tracking and the usual suite of notifications.

Make sure to put your savings towards good use and pick up an extra Apple Watch band. There are plenty of options out there, which you can find in our roundup starting at $5. Check out all of our top picks right here.

END_OF_DOCUMENT_TOKEN_TO_BE_REPLACED

Pad & Quill has now launched a very notable Apple Watch band sale on its site. Including options for just about every Apple Watch out there, you can now score a straight 25% off any of Pad & Quill’s leather bands using code watch25 at checkout. There’s no telling how long this particular code will be live for, so jump in now if you’re interested. And some bands can can go for as much as 35% off today if know what to look out for. More details below.

Amazon is currently taking $50 off various Apple Watch Series 5 GPS + Cellular models, bring prices back down to some of the best we’ve tracked in 2020. Browse through the various listings on this page to see all of the best deals. Note: some discounts are applied at checkout. As a comparison, B&H is taking $15 off as part of its current Apple Event. Today’s deal matches our previous mention.

The latest from Apple delivers a new always-on Retina display, 30% larger screen than Series 3, and a swimproof design. Improved features like heart rate tracking, ECG, and a new compass are a few of the other notable upgrades here. Of course, you’ll still get fitness tracking and the usual suite of notifications.

Make sure to put your savings towards good use and pick up an extra Apple Watch band. There are plenty of options out there, which you can find in our roundup starting at $5. Check out all of our top picks right here.

B&H is rolling into April with a new Apple Shopping Event, discounting everything from the latest Macs and iPads to Apple Watches and accessories. Free shipping is available for all. In fact, with many retailers currently showing extended delivery windows, B&H has mostly held steady with 2-day delivery across the board.

Over on this landing page you’ll find all of the top deals from today’s sale, including $50 off the latest MacBook Air and iPad Pro from Apple. Head below for all of our top picks.

RXCOO Shop (97% positive feedback all-time) via Amazon offers its Milanese Loop Stainless Steel Apple Watch Band for $8.99 Prime shipped in various sizes and colors. As a comparison, it typically sells for $12 with today’s deal marking a new Amazon all-time low. There are a handful of different colors available today, so you can customize your Apple Watch with just the right look. Not to mention, this is a fraction of what Apple charges for its in-house option. The magnetic wristband makes it easy to get an exact fit, which isn’t always so easy with sport band alternatives. Rated 4.6/5 stars.

Update: While the AppleCare+ bundle is no longer available, the original discount to $360 has returned.

Amazon is currently discounting the entry-level Apple Watch Series 5 GPS in a variety of colors at $359.99 shipped for the 40mm version. You’ll be pocketing $39 in savings and dropping the price to the second-lowest we’ve seen to date at Amazon. Apple’s latest wearable delivers an always-on Retina display for the first time, alongside the 30% larger screen over Series 3. There’s also improved heart rate tracking, ECG monitoring, and a new compass app to set this version apart from its predecessor. The entire package is backed by a swimproof design, as well as the usual notification features, fitness tracking capabilities, and more. Dive into our hands-on review for a closer look.