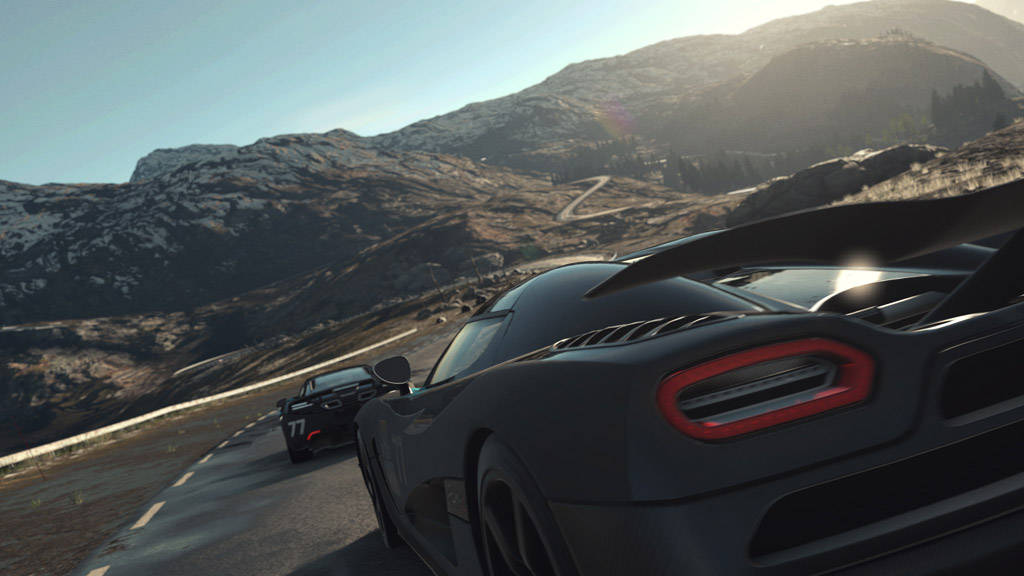 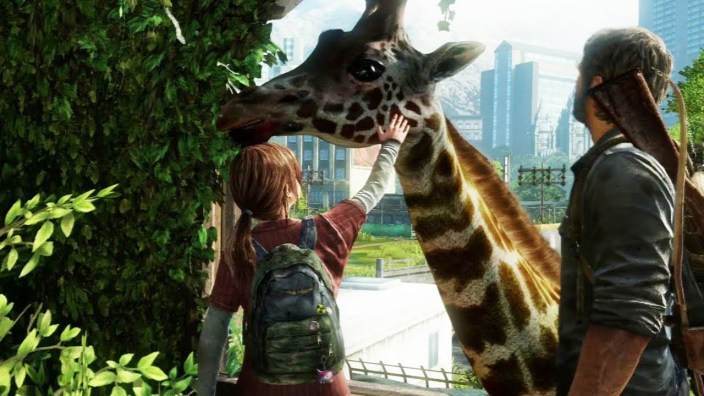 Over the last couple of weeks, we’ve looked at the best bundles, games, demos and accessories for Nintendo’s Wii U and Microsoft’s Xbox One. Today, it’s Sony’s turn. Everyone agrees that the PlayStation 4 is the most powerful game console on the market, with a great collection of exclusive and cross-platform games, and a bright future ahead. Nearly 20 million PS4s have already been sold around the world, giving developers confidence that they can reach a large audience with anything they release.

The PlayStation 4 officially sells for $399.99, but the 9to5Toys team is here to save you money on the console — including free games — and show you the best couple-friendly titles, demos, and accessories out there. Read on! 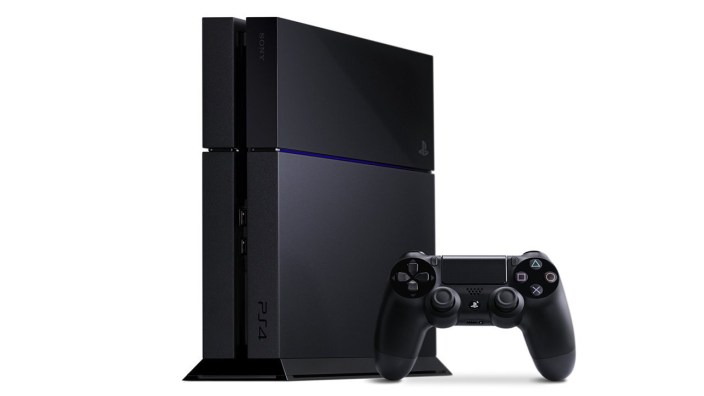 Every PlayStation 4 console package includes several basic parts: the console with a 500GB built-in hard drive (matching the capacity of the Xbox One), one wireless DualShock 4 controller, a wired chat headset, an HDMI video cable, a wall power cable, and one or more games. Sony generally offers the PS4 in an all-black version, but there’s also a limited edition white model that typically sells at a premium. Solid demand has meant that Sony hasn’t needed to drop the base $399.99 price, but it has offered a variety of game bundles (below) to make the console more appealing. 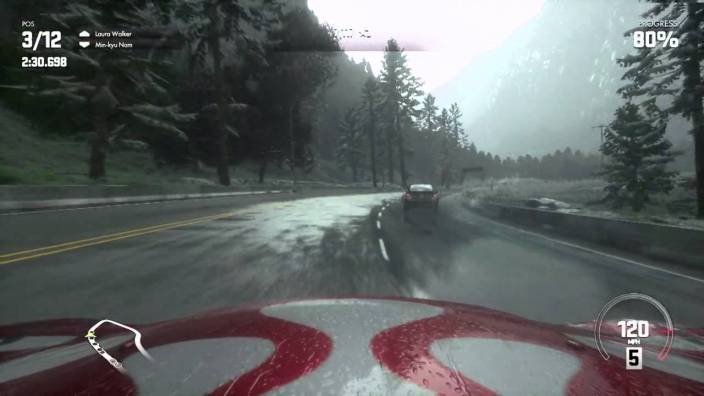 Like the Xbox One, the PlayStation 4 is equivalent in horsepower to a modern desktop computer. That said, Sony’s hardware is faster than Microsoft’s, so it’s easier for developers to make amazing-looking full HD (1080p) games for the PlayStation. Quite a few titles, including the racing game DriveClub shown above, are photorealistic or nearly photorealistic. 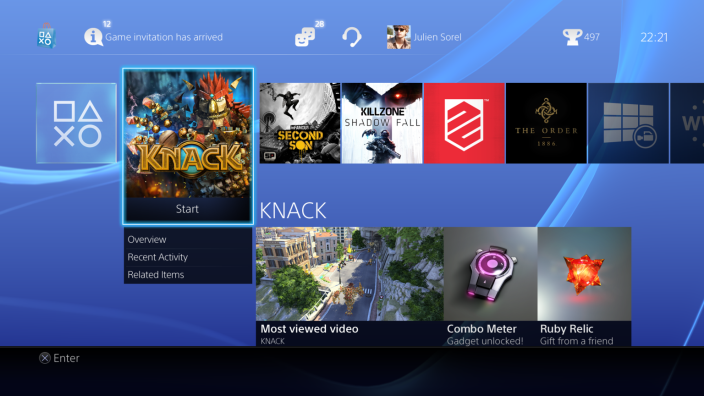 Sony’s PlayStation Network connects each PlayStation 4 to the Internet, the PlayStation Store, and online gaming servers. The basic service is free, with a premium service called PlayStation Plus offering online multiplayer, free downloadable games, and discounts on other games every month. Sony also offers a collection of free apps to stream videos and access online content, akin to the Apple TV and Xbox One. Every PlayStation 4 controller also has a sharing button built in, enabling users to grab and quickly share videos online with friends – an amazing little trick.

PlayStation 4: Which Console Bundle To Buy

There are currently several different PlayStation 4 bundles to choose from, though some are in the process of being discontinued and are beginning to run out of stock. 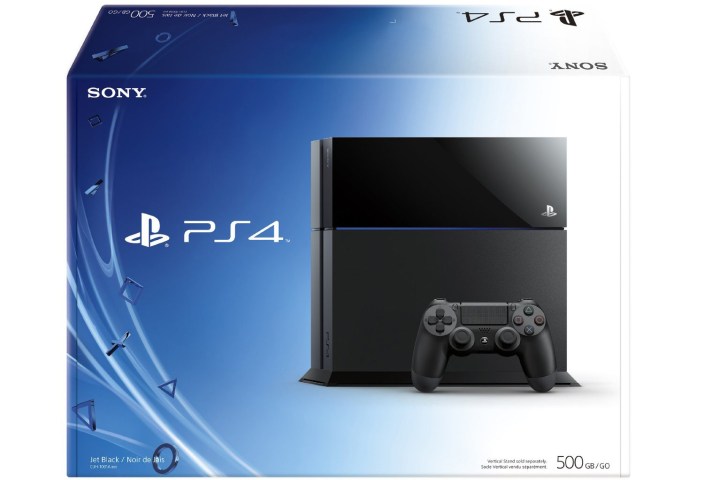 The basic black PlayStation 4 console currently includes The Last of Us Remastered, a near-future action game that won numerous Game of the Year awards when it was released (shown at the top of this article). This bundle currently sells for $399.99 and is rarely discounted. However, a PS4 console with no bundled game can sometimes be had through Newegg and eBay at this link for $349.99, enabling you to choose whatever game you want.

A Four Games, One Pick bundle includes a black PlayStation 4 console with a download code for your choice of Destiny, NBA 2K15, LittleBigPlanet 3, or Far Cry 4; you pick one game, not all four. It’s sold through Walmart for $399, and at the time of publication, it’s arguably a better pick than The Last of Us Remastered bundle because of the higher value of this bundle’s games. While The Last of Us Remastered can be had for under $25 via digital download, this bundle’s games tend to go for $40 each. But if none of the games interest you, you might be better off with the deals above. 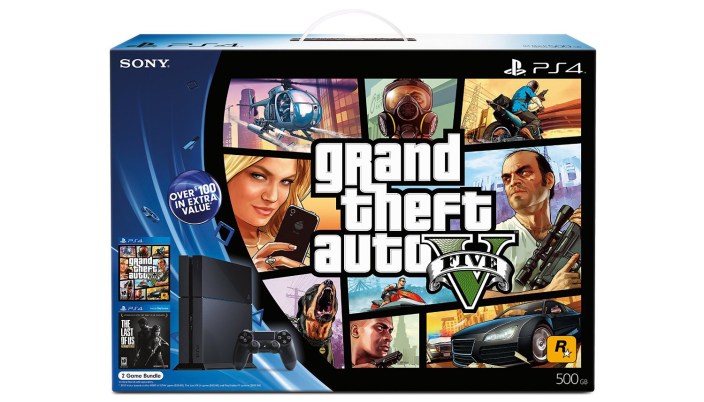 A limited number of leftover Black Friday 2014 PlayStation 4 consoles are still available at some brick-and-mortar Target stores, bundled with both Grand Theft Auto V and The Last of Us Remastered for the same $399.99 price. As a brief promotion to move PS4 consoles last November, they’re becoming very hard to find. 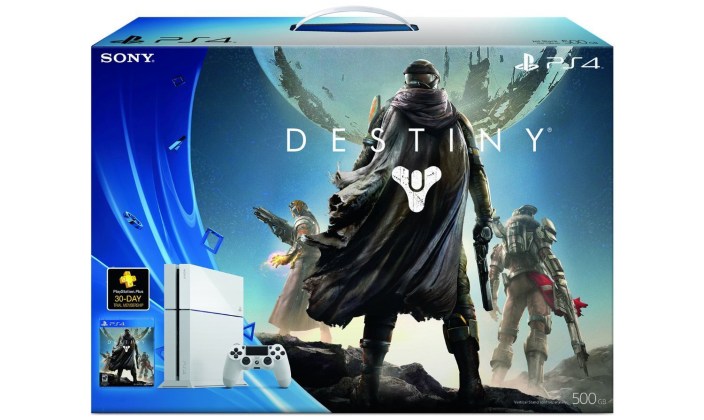 PlayStation 4: Which Controllers + Accessories Do You Need

A second controller. Unlike Microsoft, Sony took a no-nonsense approach with the DualShock 4 wireless controller: it includes a rechargeable battery and micro-USB charging cable, so you don’t need to spend more. Normally $60, it can be had through Amazon for $48-$51, depending on the color you prefer (black, white, blue, or gray camouflage). 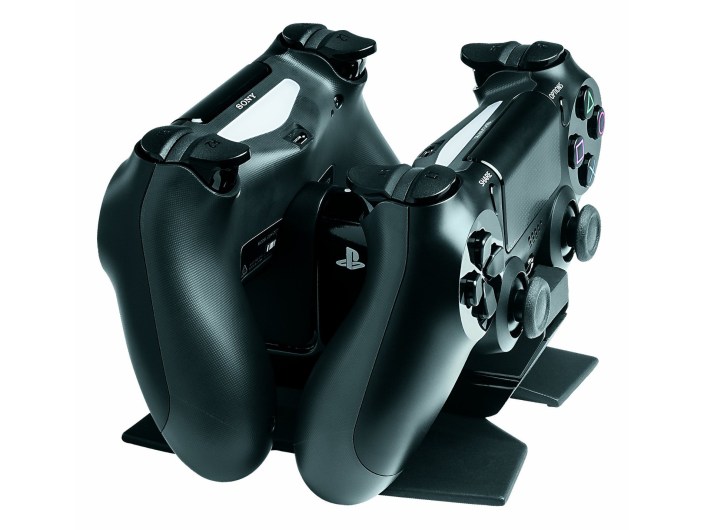 A controller charging station. PowerA makes the top-rated DualShock 4 recharging station, which is normally $25 but available here for $19. Licensed by Sony, it can recharge two controllers at once, and will come in handy if you enjoy extended gaming sessions.

A vertical stand. Although the PS4 can stand upright without support, it’s more secure if assisted by this $20 official Vertical Stand. Consider this optional; you won’t need it at all if you want to keep your PS4 laying on its longest side.

All of the PlayStation 4’s free game demos can be found in the PlayStation Store, and there’s a small but nice assortment of titles from major and indie developers. Here are some easy picks: 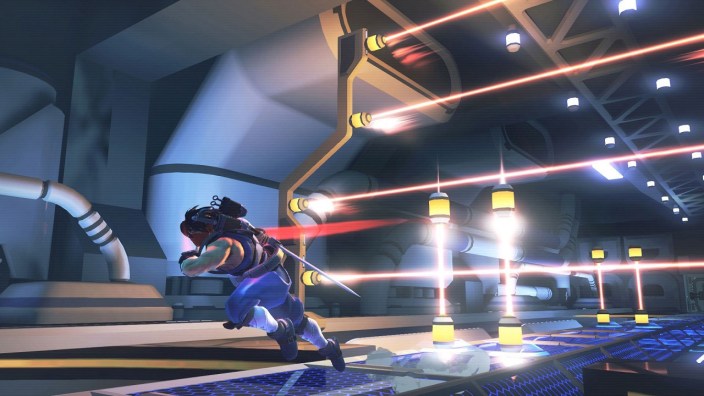 Strider. Featured in an earlier 9to5Toys column, this update to the classic Capcom futuristic action game combines Metroid-style exploration and power-ups with the intense laser sword slashing Strider is known for. The full game is only $15 if you like the demo; both are here. 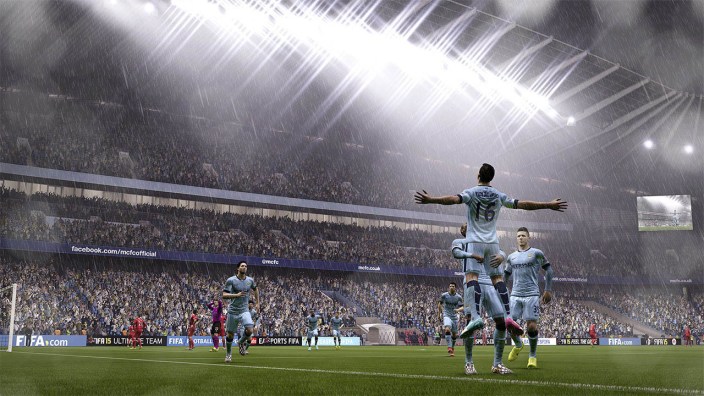 FIFA 15. Displayed in full 1080p HD, this version of FIFA Soccer includes everything from accurate renditions of real players with AI-assisted “emotional” reactions to realistic pitch grass damage. Normally $60, it can be had for $51 on disc here, or for $30 as a digital download from Sony after you try the demo. 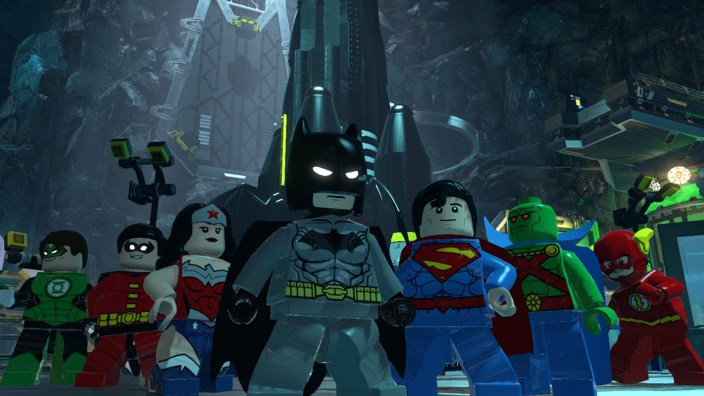 Lego Batman 3: Beyond Gotham. This family-friendly action game is part of the super-popular Lego series, featuring cartoony versions of Batman, Robin, and other DC Comics characters. The demo is here; you can save a bunch on the full version with this $35 disc copy. 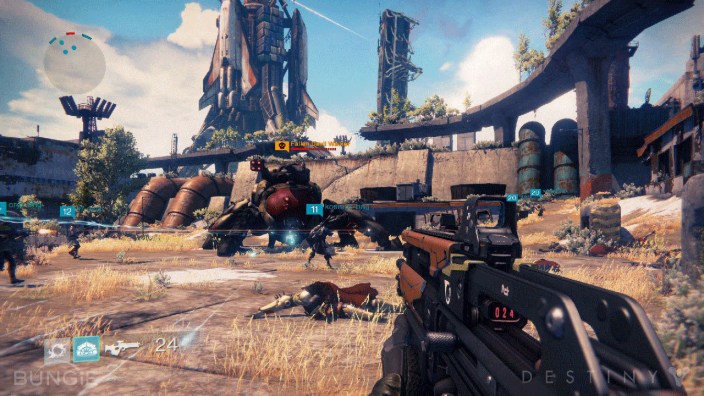 Destiny. This wildly-hyped spiritual sequel to the Halo franchise comes from original Halo developer Bungie, mixing sci-fi gunplay with magic and interstellar flight. Activision has promised that future Destiny games will expand considerably on the worlds introduced in this first game. The demo is here; a full disc version can be had here for $40, versus the normal $60 MSRP.

As was the case with the Xbox One, the most popular PS4 games aren’t necessarily the ones that couples will play together, but we’ll mention them anyway. It’s worth noting that several of the console’s top-rated games are offered in various PlayStation 4 bundles, a strong incentive to get them at a discounted price at the time of purchase. 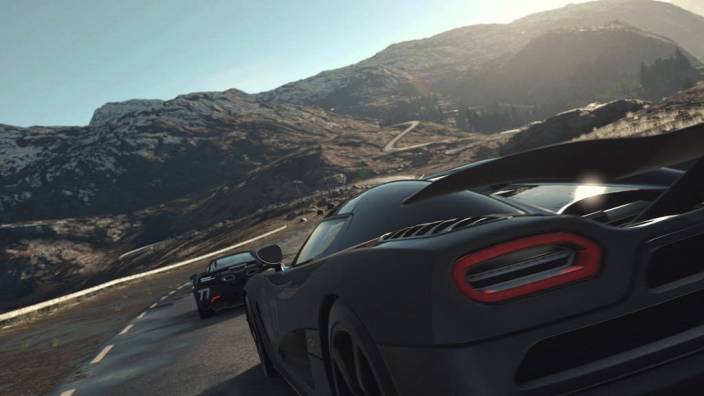 DriveClub. This is the most impressive-looking racing game ever released for a home game console, with cars and backgrounds that are frequently photorealistic, and sometimes better than real. You can grab it for less than its $60 MSRP here. 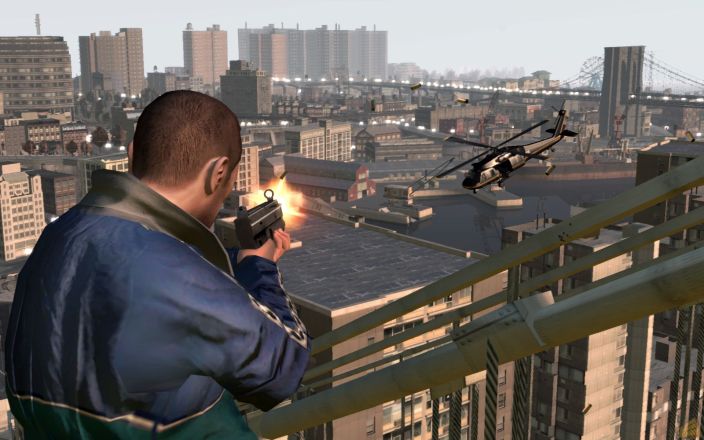 Grand Theft Auto V. This is the latest in the control-a-criminal-commit-crimes series, now with even more amazing 3-D graphics than before. The PlayStation 4 version includes a new first-person perspective, which was not in the original PS3 release, as well as much improved artwork. GTAV retails for $60, but you can get it for $52 at Amazon. 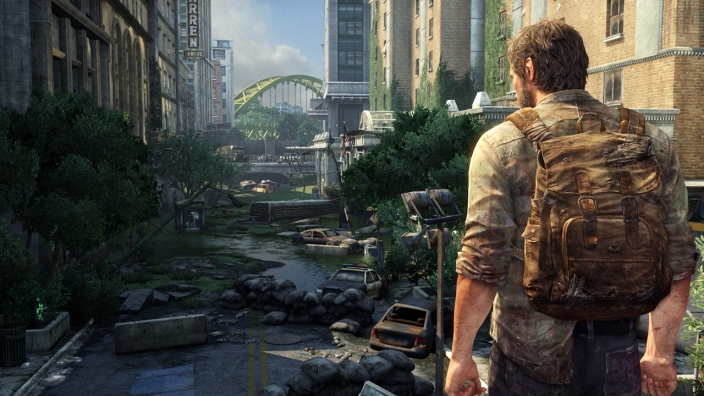 The Last of Us Remastered. Developed by Naughty Dog, the Sony studio behind the Uncharted series, this third-person action game stars characters attempting to stay alive in a biologically-contaminated America under martial law. Impressive graphics, good voice acting, and a very strong storyline are surprisingly engaging. A digital download code snags this normally $40 game for only $22.

Call of Duty: Advanced Warfare, Far Cry 4, and Wolfenstein: The New Order. These titles represent the best of the PlayStation 4’s first-person shooter genre, focusing on the near-future (Call of Duty), present (Far Cry 4) and past (Wolfenstein). Each of these games is commonly available at a discount through Amazon: Call of Duty is $40, Far Cry 4 is $40, and Wolfenstein is $34. They’re all worth seeing. Two of the games we’ve covered in prior Gaming For Couples columns continue to be great first picks if you’re buying a console to play with your significant other. 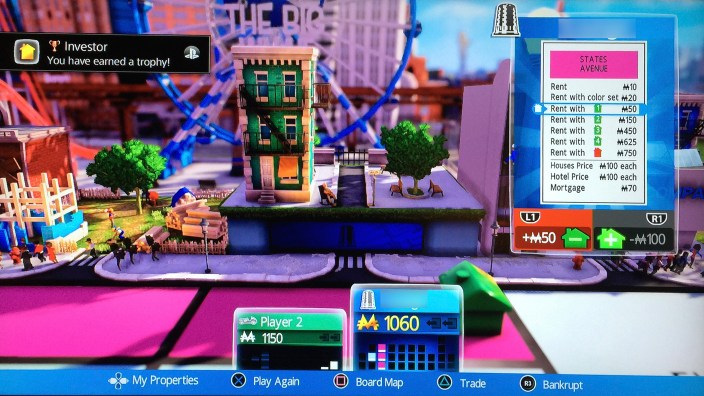 Monopoly Plus. Discussed in this Gaming For Couples column, this impressive 3-D rendition of the classic board game Monopoly is an easy (and fun) way to convince a non-gamer to pick up a PS4 controller. It’s typically $15 when purchased at the PlayStation Store. 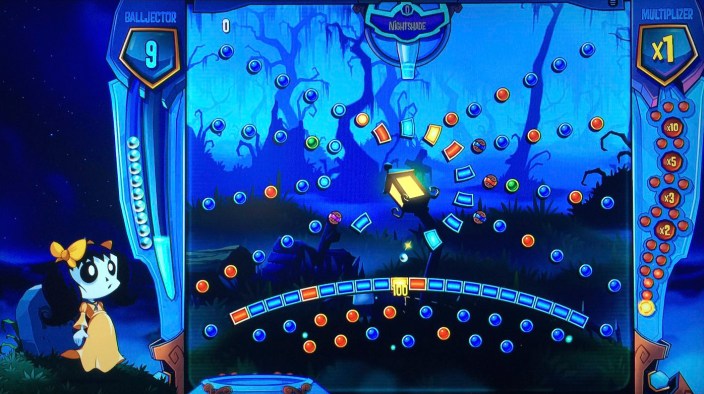 Peggle 2. Featured in our first Gaming For Couples column, Peggle 2 is the ultimate casual game — you point a cannon at a screen full of pegs, using 10 balls to remove all of the red pegs before you run out of ammo. It’s currently sold for $4 through the PlayStation Store; a just-released “Magical Masters Edition” includes separately-sold add-ons for $15.

If you want to save money on PlayStation 4 games, as well as getting free games every month, the best investment you can make is a PlayStation Plus subscription. Offered at lower prices than Microsoft’s Xbox Live — $18 for three months or $50 for one year — PlayStation Plus lets you play online multiplayer games, gives you access to an Instant Game Collection of free games, and includes discounts on digital game downloads. 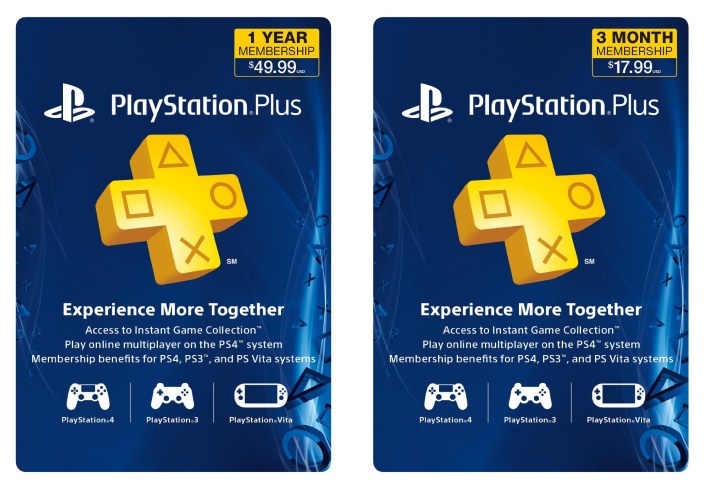 This 9to5toys link is constantly updated with the latest PlayStation 4 game deals, which you can check out over time to see the best options we’ve found.

Past editions of our Gaming For Couples column can be found here.