The RMRD 2.0 Small Wind Turbine leverages the power of wind to charge your iPhone and other devices

Now more than ever, consumers are finding that there is a need for backup power sources away from home. We frequently highlight deals on portable USB power banks that provide an extra boost of energy when your iPhone or iPad is about to die. One unique Kickstarter is setting out to do the same but plans on relying on the power of wind to supply your devices with more battery life. 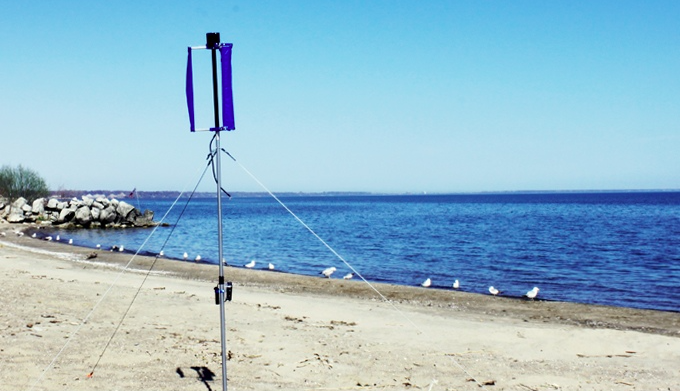 The RMRD 2.0 Small Wind Turbine is designed by a group of developers that have leaned on the ease of 3D printing with the power of wind to create a portable USB power supply. The design is fairly straight forward: it starts with a simple turbine that is on a stand, it rests above a pole where it can spin freely in the wind. From there, the energy is collected and transferred to your device via USB and a lithium-ion battery, providing five volts of power with 5.5 m/s of wind.

Whether charging a device directly off the turbine or fueling up a battery pack for later, the Small Wind Turbine from RMRD offers a unique way to charge while leveraging the resources around us. If it comes to fruition, this would be an intriguing option for campers or off-the-grid enthusiasts. Those interested can get in during the Kickstarter campaign for $239, which includes the turbine, a lithium-ion battery and carrying case. So far, RMRD has raised just over 15% of its goal with 41 days remaining.