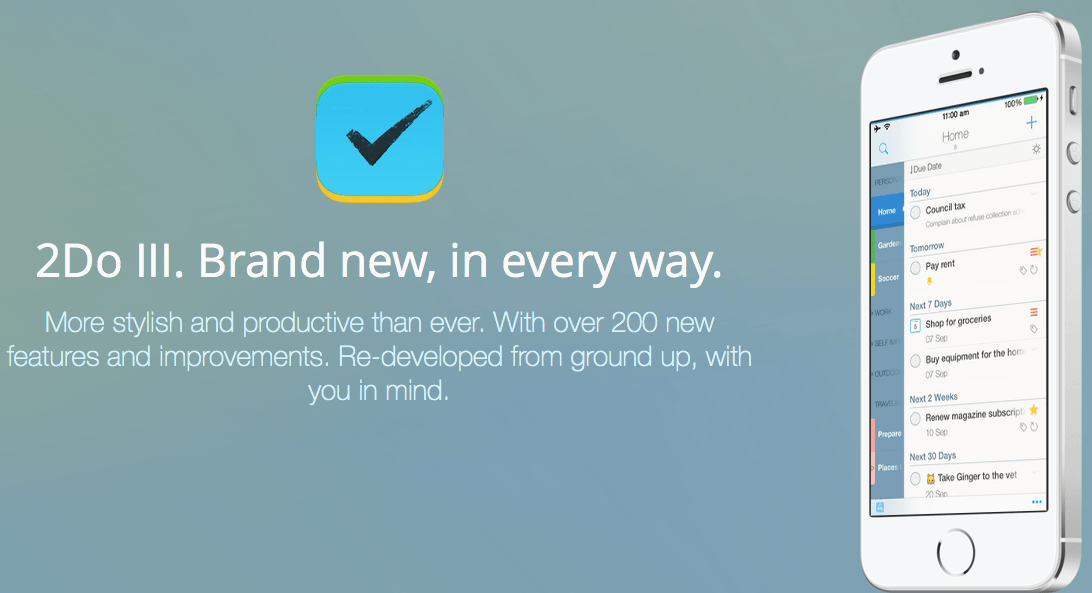 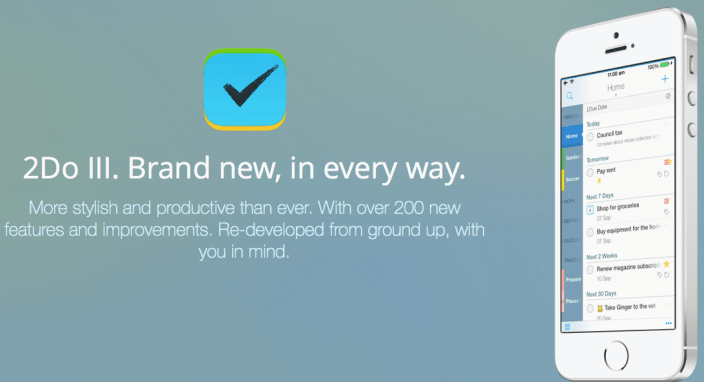 The very popular 2Do task management universal iOS app has gone free for the first time since it was originally released over three years ago. It regularly goes for $15 and has not been under $9.99 in over a year. With 18,000+ reviewers rating it 4.5/5 stars since its release, this app is certainly worth a download. 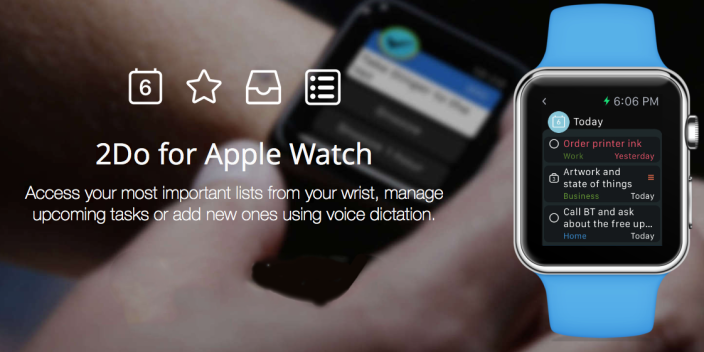 2Do takes a “completely different approach” to task management. Its flat and clean interface removes any distractions so users can focus on the work at hand. Most notably, 2Do has been updated with Apple Watch support and works with many popular services like Dropbox, Apple’s Reminders and Siri. It has a companion Mac app that has received a 50% price drop, down to $24.99, coinciding with the iOS version going free. 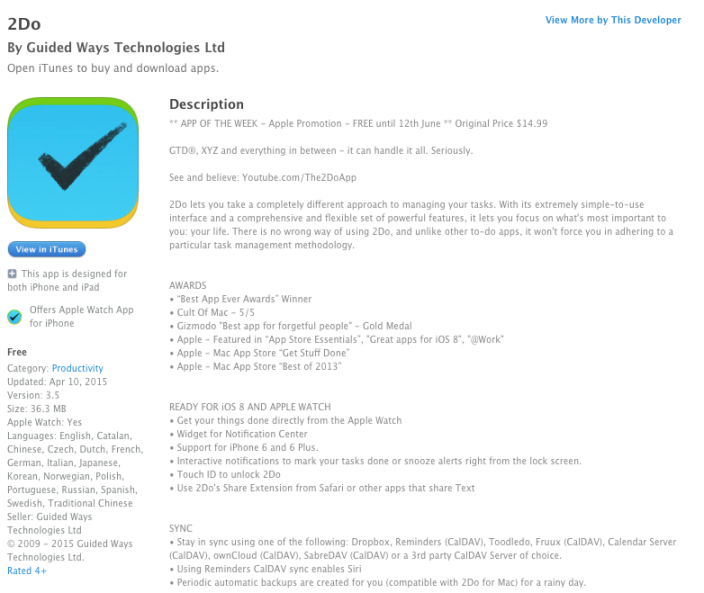 2Do lets you take a completely different approach to managing your tasks. With its extremely simple-to-use interface and a comprehensive and flexible set of powerful features, it lets you focus on what’s most important to you: your life. There is no wrong way of using 2Do, and unlike other to-do apps, it won’t force you in adhering to a particular task management methodology.

READY FOR iOS 8 AND APPLE WATCH • Get your things done directly from the Apple Watch • Widget for Notification Center • Support for iPhone 6 and 6 Plus. • Interactive notifications to mark your tasks done or snooze alerts right from the lock screen. • Touch ID to unlock 2Do • Use 2Do’s Share Extension from Safari or other apps that share Text

LIST GROUPS, LISTS, INBOX & SMART LISTS • In addition to built-in Focus lists that allow you to conveniently view upcoming, starred or scheduled tasks, you can create multiple lists to manage and organize your tasks. • For GTD enthusiast, 2Do supports built-in Inbox support • Smart lists let you harness the true potential of 2Do using a number of search options, filters and search pre-sets. Using Smart Lists, you can create custom views of your tasks and use them to focus-in or find frequently managed tasks.

PINCH ZOOMING • Control the amount of information you wish to see with a simple pinch-to-zoom gesture, from single line titles to multiple lines of titles, notes and tags.

REIMAGINED TASK EDITOR & QUICK ADD • With focus on switching between editors effortlessly using a single tap only, you’ll save dozens of taps and swipes when editing your tasks. • Save your thoughts as they come to you, by using Quick Add (Tap-hold on [+]) • X-callback-url support

TAGS • Manage tags from a dedicated Tags Panel which is just a swipe away • Organize your tags within groups • Leverage the powerful integration of Tags & Smart Lists to filter on frequently managed tasks. • Find Used vs. Unused tags

YOUR TASKS UNLIMITED • Set a Start Date to hide tasks from a list before they’re relevant and add Duration to put an estimate on the amount of time you’ll be spending on your task • Add an action to call, write an email or message, navigate or trigger a URL Scheme right from 2Do • Attach an image or a voice memo to your tasks

DESKTOP-CLASS IPAD APP • Your Lists, Tasks, Daily Summary and Calendar, including Calendar Events, can all be viewed and managed from the same screen. • Use keyboard shortcuts with your Bluetooth keyboard