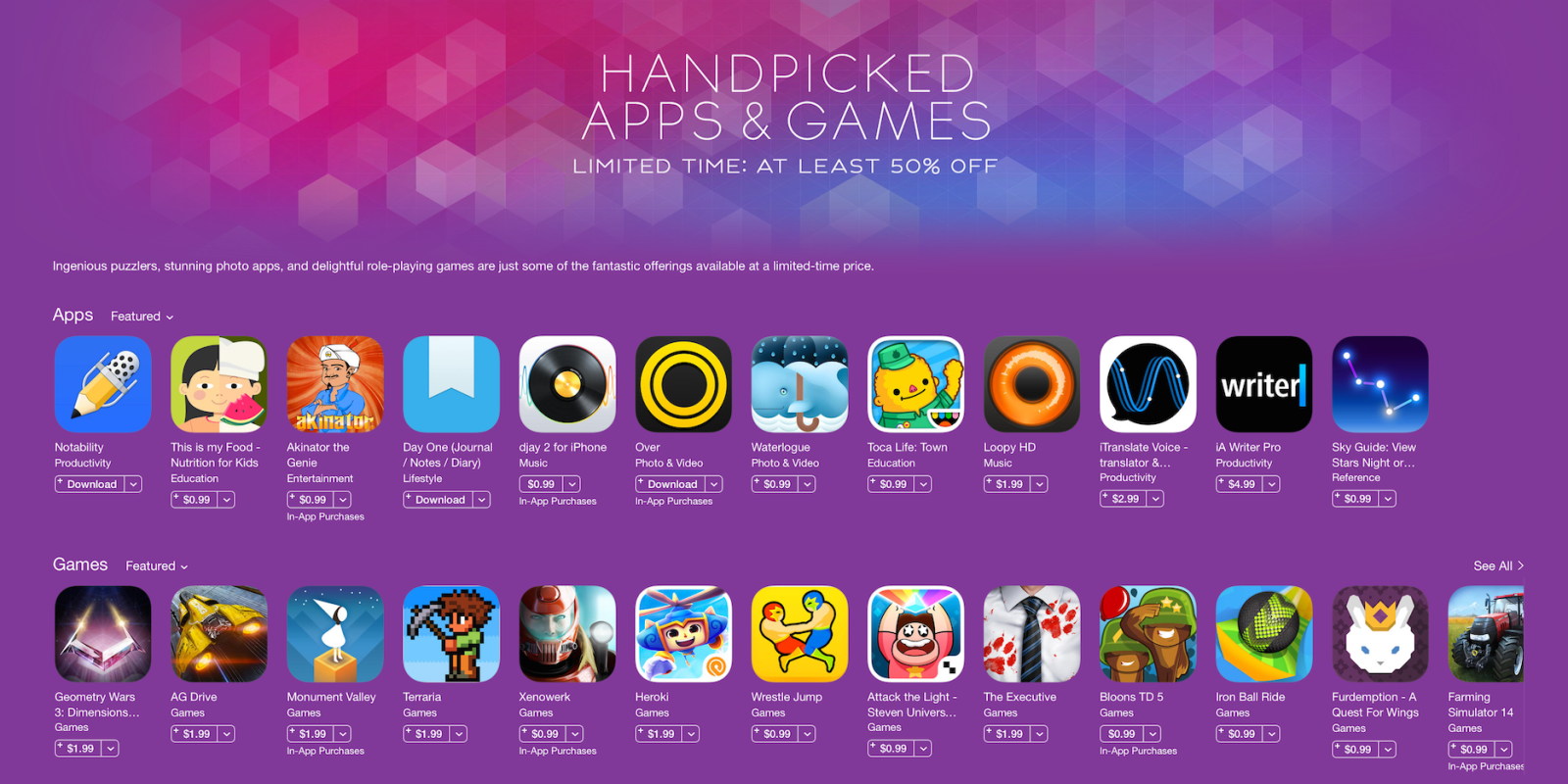 A couple days ago the App Store exploded again with a long list of highly rated titles going on sale. As per usual, Toys readers got an early look on Wednesday and now Apple has collected many of them into an official App Store promo.

We are seeing a number of notable price drops either matching the best we have seen, or the best since the Black Friday sales last year including Day One, Terraria, Sky Guide, Waterlogue, iTranslate Voice, Bloons TD 5 HD and more. Highly rated apps like Attack the Light – Steven Universe Light RPG, Akinator the Genie, Heroki and the futuristic racer AG Drive are seeing their very first drops.

Here are more of our top picks available in the sale:

For the rest of the best iOS price drops everyday of the week, head over to our daily roundups. Don’t forget about the App Store Free App of the Week and to get your Goat on with IGN’s Free Game of the Month.