Loot Crate has now unveiled some of the details on the upcoming Fallout 4 Limited Edition Crate that will be going on sale shortly. Fans of the franchise can expect a series of rare Fallout gear in the limited run package, some of which won’t be available anywhere else:

While Loot is keeping full details of the contents under wraps, we do know there will be a total of seven items to grace the Crate, including a Vault 111 Hoodie and a Dog Meat plushy toy (seen below). All told, there is over $150 worth of swag inside.

Most importantly though, there will only be a limited supply of these crates. Starting at 3pm EST, the $100 Fallout 4 Limited Edition Crates will go on sale and if the response to that amazing Pip-Boy Edition is any indication, they won’t last long. If you want one, jump on it quick. They will go for $100 a pop on the Loot Crate store and will begin shipping around the same time as the release of Fallout 4 in November.

Amazon is currently offering its Prime members $7 off the pre-order for Fallout 4 on PS4, Xbox One and PC. Best Buy GCU members will also get early discounts on the highly anticipated title, which is set for release on November 10th. You’ll also want to check out our roundup of the coolest Fallout 4 gear. 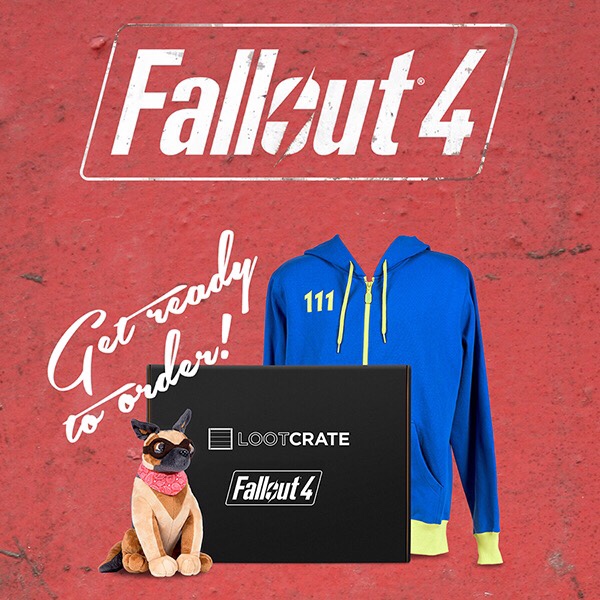