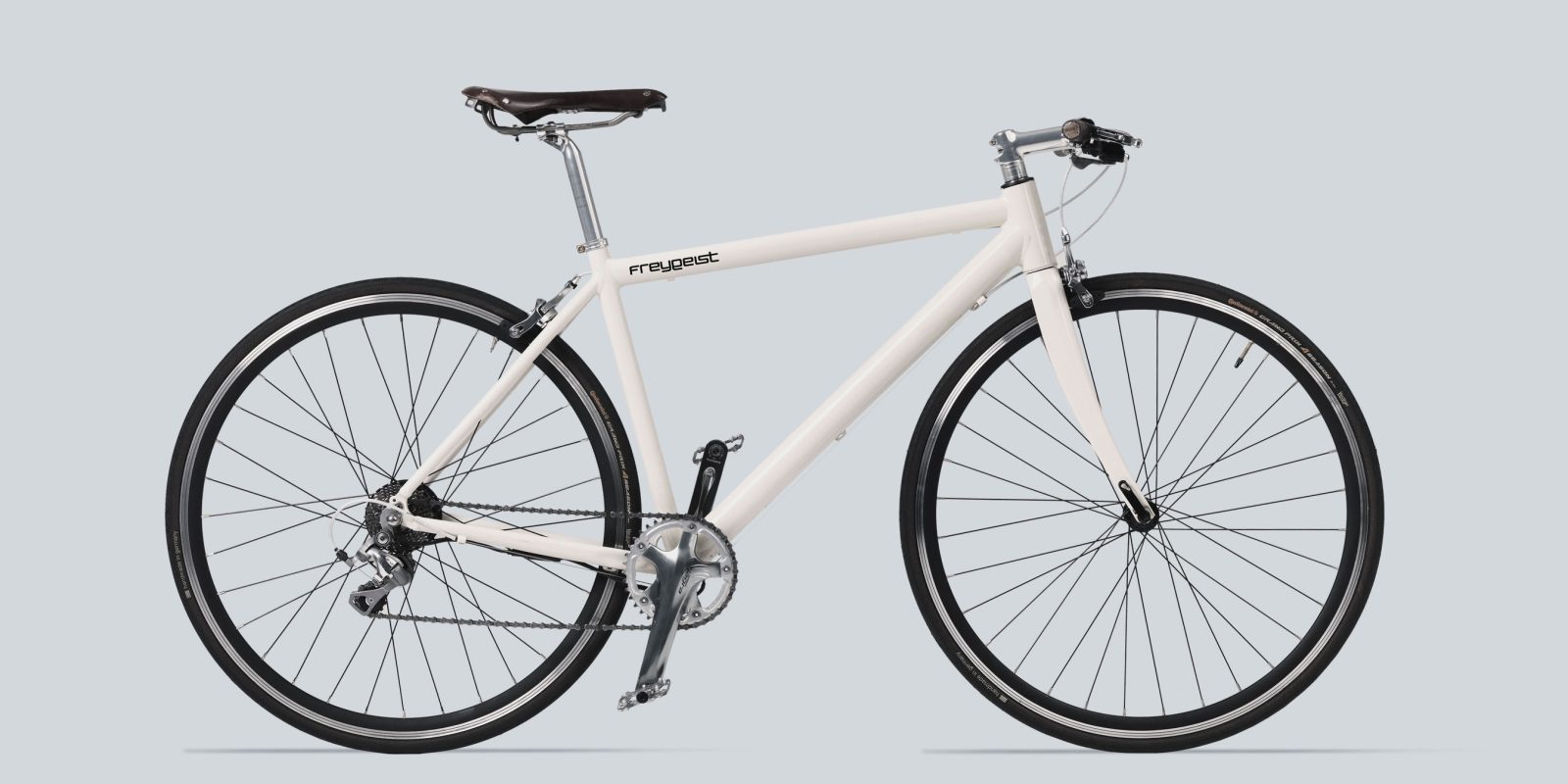 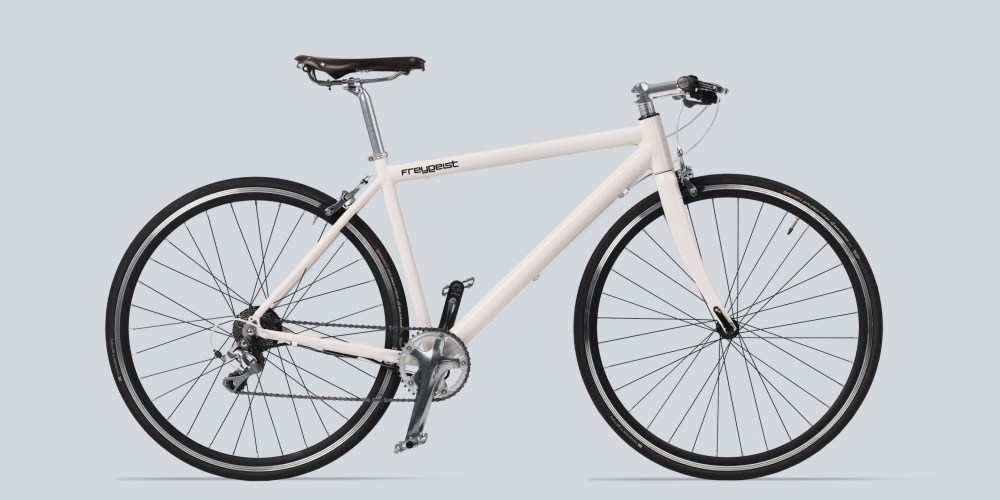 We’ve seen our fair share of intriguing e-Bike designs over the last year as this product category has expanded. Some have been more robust, while others have had a more industrial feel. Today, we’ve noticed a new e-Bike out of Germany that blends this emerging technology with a classic design.

The Freygeist e-Bike could easily be confused with a traditional bicycle on the road. Personally, that’s what I like so much about it. The bigger question is, does it have a minimal price tag?

Freygeist’s Classic e-Bike has an aluminum frame with a carbon-fork 10-speed gearbox. It weighs in at roughly 26-pounds, which is in-line with the lightweight A-Bike that we told you about last fall. The built-in battery, which is housed in the down tube, provides 250W of continuous power and 500W of maximum power. Freygeist has made a concerted effort to hide all of the electric internals, save a few wires, to really create a minimal look.

Design aside, one of the most notable features is the impressive battery life. Freygeist expects users to see 44-62 miles of range on a full charge. By comparison, the A-Bike only spits out about 15 miles on a single fill-up. Part of the impressive range is due to the lightweight design and Freygeist’s insistance on only including the necessary pieces on this bike.

Additionally, the Classic is capable of hitting top speeds of 15MPH. While it may not be a perfect companion for traveling out of town, it fits the mold perfectly as a village commuter. I’m personally appreciative of the minimalist design that doesn’t feel overly modern and techy. Freygeist has done a nice job of blending traditional styling with high-level finishes in this instance.

Freygeist is currently accepting orders with a price tag of €3,990 or roughly $4,330 here in the states. Expect a 21-day delivery window after ordering.