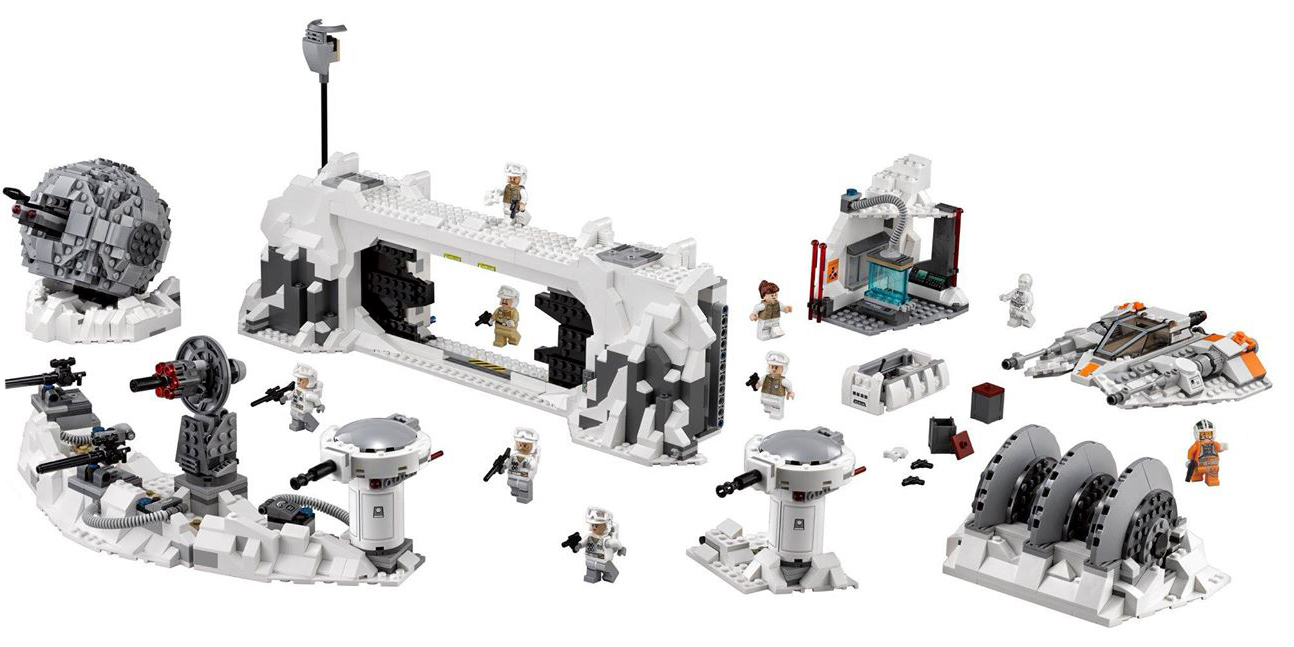 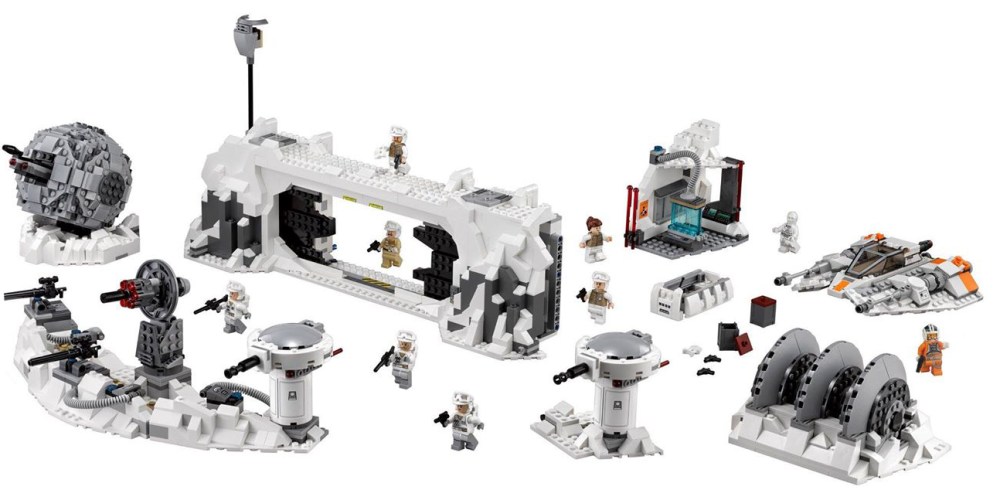 This weekend at Toy Fair 2016 in New York, LEGO announced an impressive new Star Wars set that focuses on the the Rebel’s Echo Base on Hoth. This massive recreation features over 2,000 pieces and 14 minifigs. While we have seen a hefty string of Force Awakens-focused kits over the last few months, this return to the original trilogy is much appreciated. LEGO is set to release this Empire Strikes Back redux later this spring with a hefty price tag. Head below for a full gallery and more info…

The 75098 Assault on Hoth set recreates the iconic battle between the Rebel Alliance and the Empire. While there are no AT-ATs to be found in this set, nearly every other key piece of the scene is represented. This kit is much more detailed than the limited edition Hoth Rebel base that was released back in 2007. Some 2,144 pieces are used to build the Echo Base and the Hoth Wampa’s cave, where a Luke minifig can be found dangling from the ice.

Han Solo can be found riding around on a LEGO Tauntaun, and Luke has his Rebel Snowspeeder in the set as well. You’ll also find Toryn Farr, a handful of Rebel Officers/Pilots plus K-3PO and R3-A2, amongst others. Other areas of the kit include a communication station setup inside the base, as well as a trench with blasters. Pretty much every aspect of the base is represented, although it’s just too bad an AT-AT didn’t make the cut.

LEGO is planning to launch its latest Star Wars release in April with a $249.99 price tag. That’s at the high-end for what we’ve seen larger sets go for. No matter, this is surely going to be one of the most sought after LEGO kits of the year.