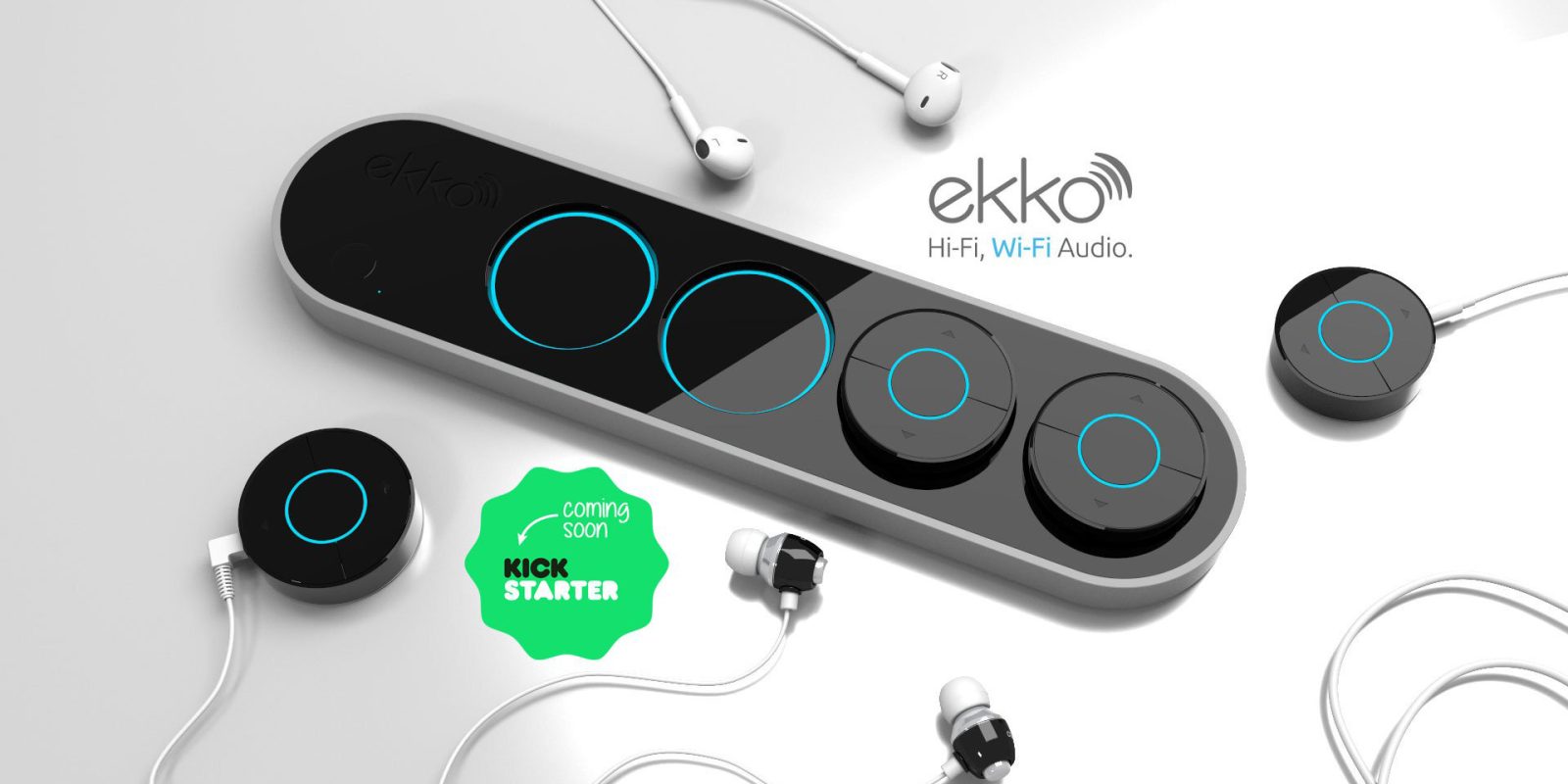 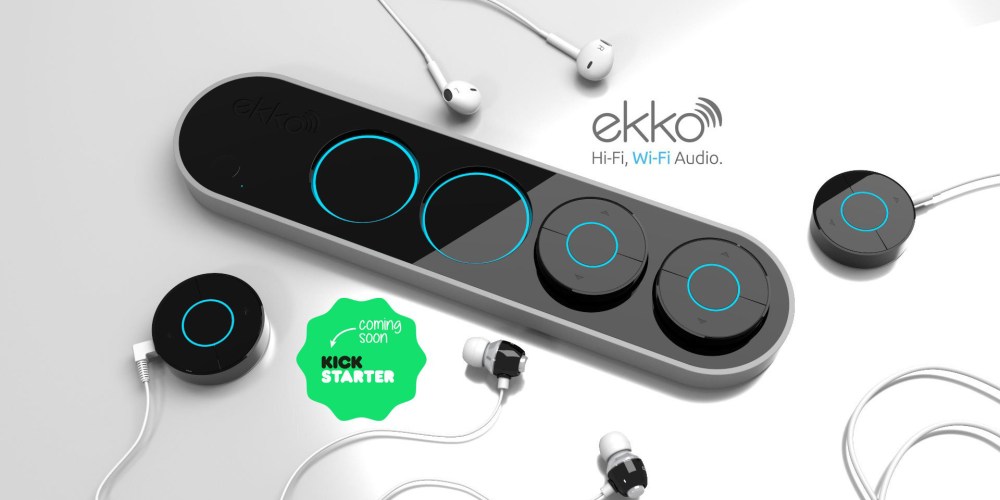 Bluetooth audio and whole home music systems have been one of the hottest consumer electronic trends over the last year. We’re seeing budget and high-end options pop-up at all price points. Interest from consumers is at an all-time high as they look to cut the cord.

A new Kickstarter project is aiming to jump in to this crowded market with a new wireless streaming product. The ekko Hub allows up to 10 people to wirelessly stream music at once from a single source. It uses a series of small discs that connect to headphones or speakers as a means for communicating between the input and output. More below.

Hub by ekko uses a high-fidelity Wi-Fi radio to pump audio to your speakers or headphones. It allows up to 10 devices to be connected at a time. The original source is plugged into the hub, which then broadcasts a signal to all of the attached pucks. The system can be used for streaming music to one location or to multiple rooms with its wireless speaker feature.

There is RCA and optical inputs on the base hub for connecting most common audio sources. The system also supports AirPlay and DLNA for users that have ecosystem-specific setups. This allows nearly every popular streaming service to be respresented in some form on ekko’s hardware.

Natually, it is all managed by a free iOS or Android app that allow users to control playback, volume and additional settings. The hub is capable of pushing out 96kHz audio at 24-bit over its own mesh network. A “low-latency” experience is promised because ekko doesn’t lean on your own router but uses a proprietary system to communicate. There is an option to connect to an existing Wi-Fi network if you prefer. This is very similar to the way SONOS operates, with its optional Bridge.

The Hub is available for pre-ordering today on Kickstarter. There are currently two options for pledging: the Hub mini includes two pucks for $149 while the larger standard model ships with four and has a $219 price tag. Through a few days on Kickstarter, ekko has raised $53,000 of its $100,000 goal. If all goes to plan, the Hub will ship in July of 2017.

In the meantime, if you’re interested in wireless streaming, check out Amazon’s cost-effective Bluetooth adapter that adds on to nearly any setup.