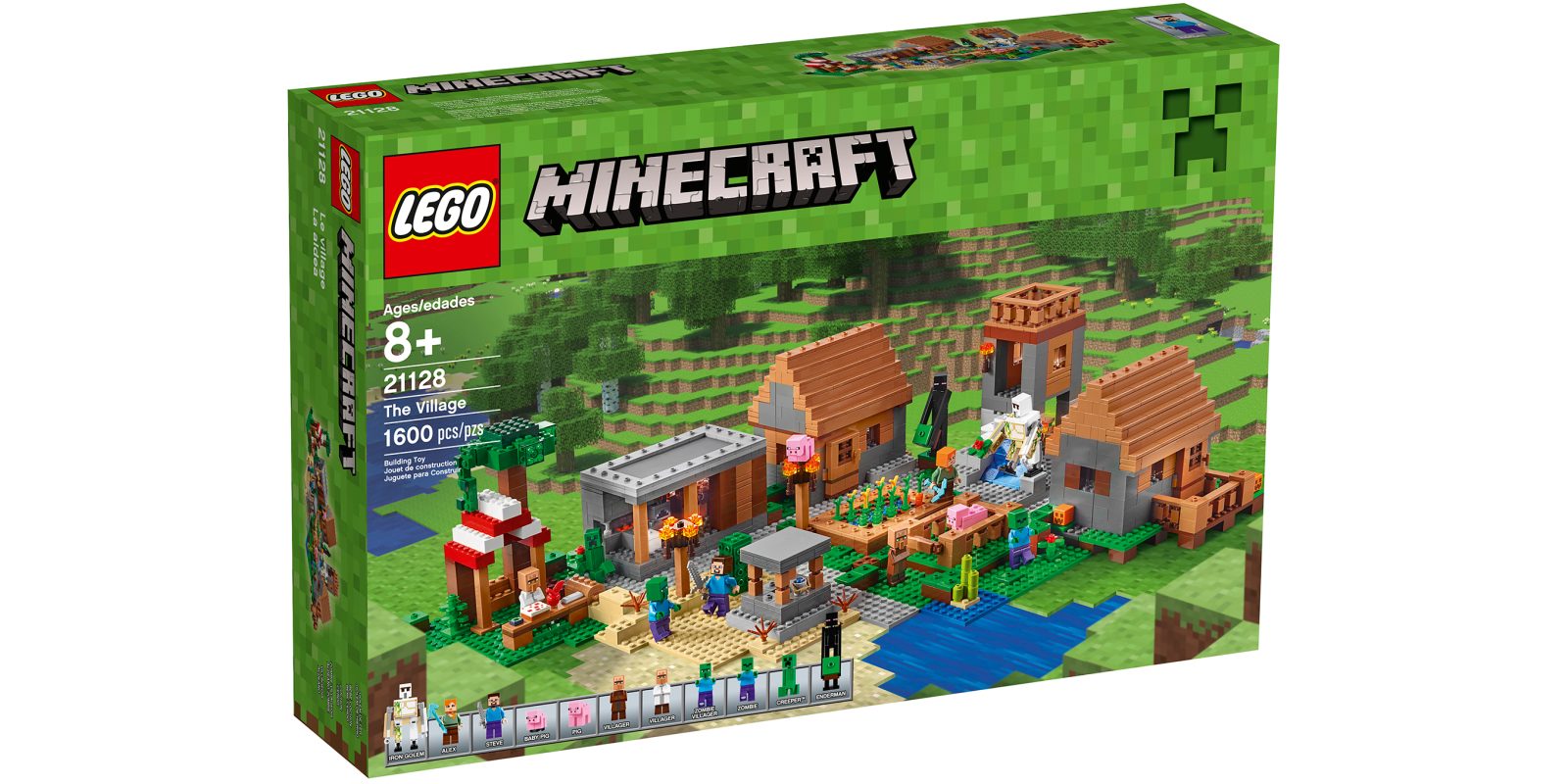 It has been a rather slow stretch for LEGO news since Toy Fair 2016 concluded back in February, although the deals have been flowing lately. Today we’re getting word of the largest and most expensive set that we’ve seen focused on the Minecraft theme. After releasing four new kits about six weeks ago, LEGO returns with a massive 1,600 piece creation. The Village 21128 focuses on life with Alex in a busy biome with plenty of minifigs and accessories. With that many pieces, you’d hope so. Head below for full details and a gallery.

Earlier this morning the LEGO Group sent out an official press release detailing The Village. The inclusion of 1,600 pieces makes this set one of the larger announcements in recent memory outside of the Assault on Hoth kit from Toy Fair. As far as minifigs go, you can expect a Steve, Alex, Zombie and Zombie Villager recreation alongside a handful of other minor characters. There will be a Creeper, enderman, pig, iron golem and two villagers included as well.

In terms of structures, you’ll find a variety of biomes plus a library, watchtower, and other places to play. It really is an impressive recreation of the popular sandbox video game. While the set does come with a very structured layout it can be changed to custom configurations. The kit ships with multiple plates that can be stacked to create a layered effect. When paired with other Minecraft sets, the opportunities are endless.

To be fair, there is no denying that this is one of the simpler Minecraft releases from LEGO. Although it has 1,600 pieces, the visuals are much more DUPLO than anything else. LEGO clearly states in its release that this set was “designed for young fans” so there isn’t much room for complaint, I guess.

The Village 21128 comes in at $199.99 and will be available for purchase on June 1st. As noted by Brick Toy News, it’s nice that this set comes with so many plates but the struggle with Minecraft kits by nature is that the bricks are fairly standard. At that price tag, you’re paying over $0.12 per piece, which isn’t the most cost effective use of your money. Sure, it’s a massive set with a handful of really neat Minecraft pieces but it’ll come at a price.

In the meantime, be sure to swing by our latest roundup of LEGO deals and check out this sale on Star Wars buildable figurines as well.

Build and protect The Village!

Join forces with Alex at the busy Minecraft village, including a variety of biomes plus a watchtower, library, blacksmith, butcher and marketplace. Enjoy hands-on Minecraft adventures featuring your favorite characters and objects with this LEGO Minecraft set—designed for young fans of the highly successful sandbox video game.