Sony has kicked off a few notable digital sales on PSN. The first of which includes just about every Grand Theft Auto title available on PlayStation platforms. While some items in the sale have gone for less in the past, there are a number of notable deals here, especially considering you can download them from your couch and be playing within an hour (or less in some cases).

One standout is the Grand Theft Auto: The Trilogy for $20.99 (or around $19 for PS Plus members). That’s $14 under the regular price/Amazon, the best we can find and within a few dollars of the all-time low. This pack includes GTA III, GTA: Vice City and GTA: San Andreas, all “with full 1080p up-rendering and enhanced features.”

GTA V is listed at $44.99. Now keep in mind, you can grab the physical version for around $40 shipped over on Amazon, but this is certainly a notable price for those that don’t want to wait for shipping and even more so for PS Plus members who will pay just about the same as Amazon’s price.

Beyond that, you’ll also find some Sega classics (among others) for both PS4 and PS3 starting from $2.99. Notable titles include Sonic Adventure, Streets of Rage 2, ToeJam & Earl, KOI, Shantae: Risky’s Revenge – Director’s Cut and many more.

The rest of our gaming deals can be found in the daily roundups. 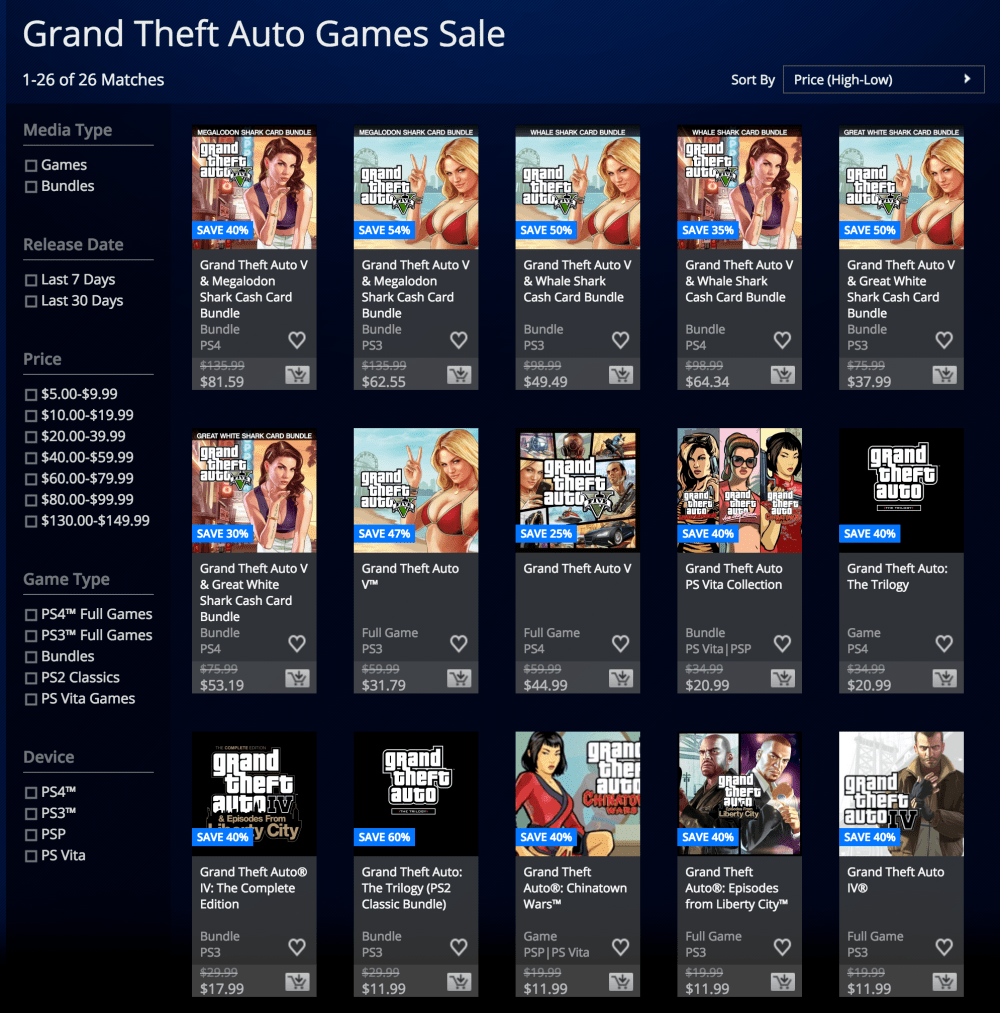