Vudu is now offering free downloads of the first episode of select cartoons. That’s about $2 less than Amazon or iTunes for many of these episodes. So take a trip back to the 90’s with Hey Arnold!, Rugrats, The Wild Thornberrys, Doug, Rocket Power, The Angry Beavers, Rocko’s Modern Life, and of course my favorite series Ren and Stimpy. You can even own full seasons of each of these cartoons for $4.99 a season.

The Ren & Stimpy Show, often simply called Ren & Stimpy, is an animated television series created by Canadian animator John Kricfalusi for Nickelodeon. The series focuses on the titular characters – Ren Höek, a psychotic chihuahua, and Stimpson J. Cat, a good-natured, dimwitted cat. The show officially premiered on August 11, 1991, the same day as the debut of Doug and Rugrats, the three of which comprised the first Nicktoons. The show ran for five seasons on the network, ending its original run with the Christmas episode “A Scooter for Yaksmas“. 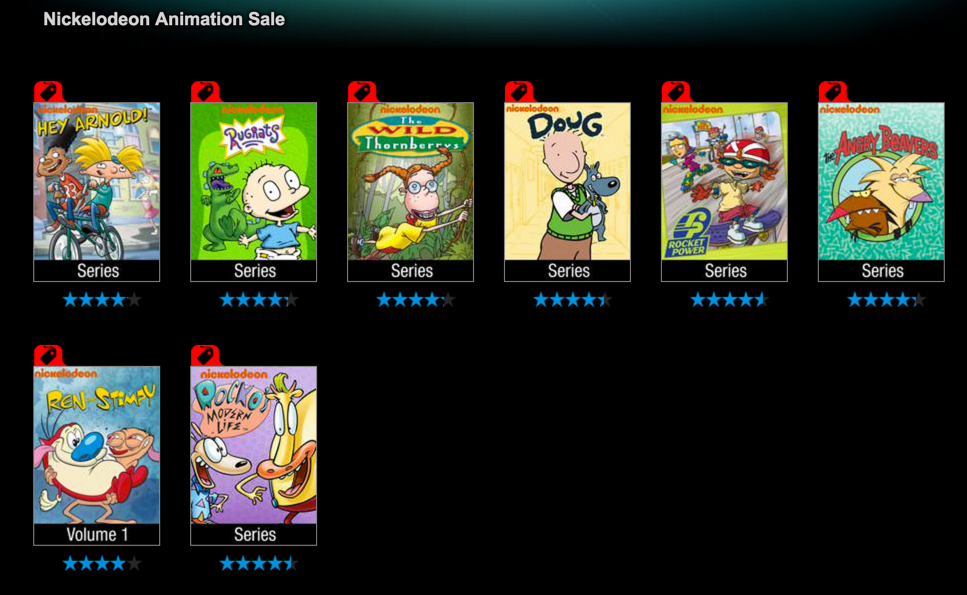