The annual Herman Miller Holiday Sale has launched with 15% off sitewide and free shipping available on all purchases. It is slated to run through December 12th. This is one of your only opportunities throughout the year to save on Herman Miller’s iconic stylings. Surprisingly, Amazon is also matching a couple of deals, which are noted below.

Amongst a number of standouts is the recently announced Aeron Chair Remastered that starts at $663 shipped (Reg. $780). This is the first discount that we’ve seen on one of Herman Miller’s most popular products.

While its iconic form has remained largely unchanged, the Aeron Chair has been remastered from the casters up. With the help of Don Chadwick, the chair’s original co-designer, we updated Aeron to incorporate more than 20 years of research on the science of sitting, as well as advancements in materials, manufacturing, and technology.

You’ll also find a number of these offers at Office Design’s Holiday Sale that also takes 15% off Herman Miller and other popular designers.

When Bill Stumpf and Don Chadwick designed the Herman Miller Aeron Chair, they combined a deep knowledge of human-centered design with never-before-seen technology to create a task chair unlike any other. Now Aeron has been remastered in practically every way to create an office chair that better supports people and the types of work we do today. An active body is at its strongest when standing, chest open and pelvis tilted slightly forward. PostureFit SL supports your spine to give you the same benefit while seated. Adjustable, individual pads provide lumbar support and stabilize the base of the spine for a more powerful seated posture. 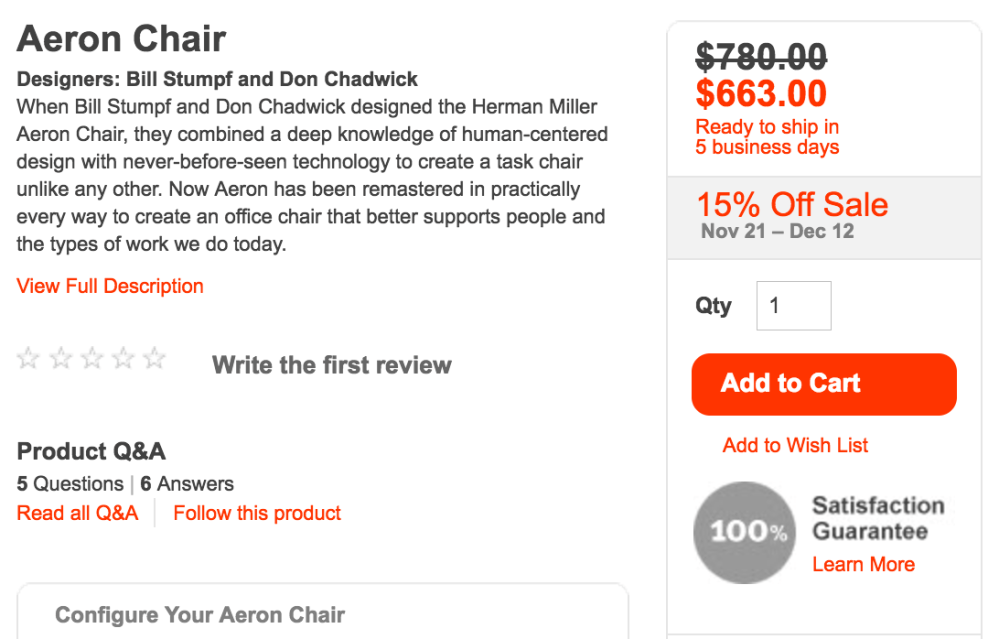