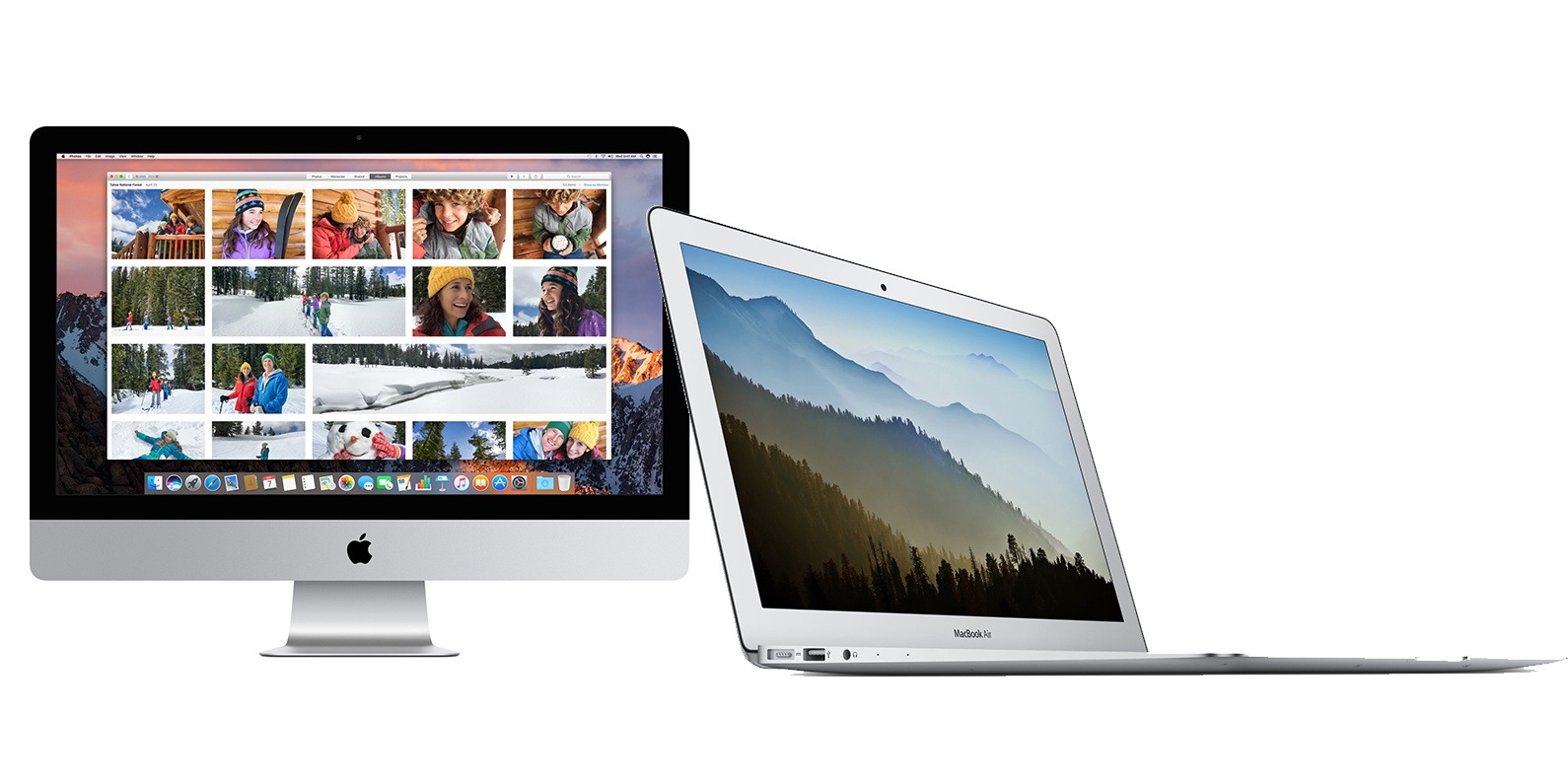 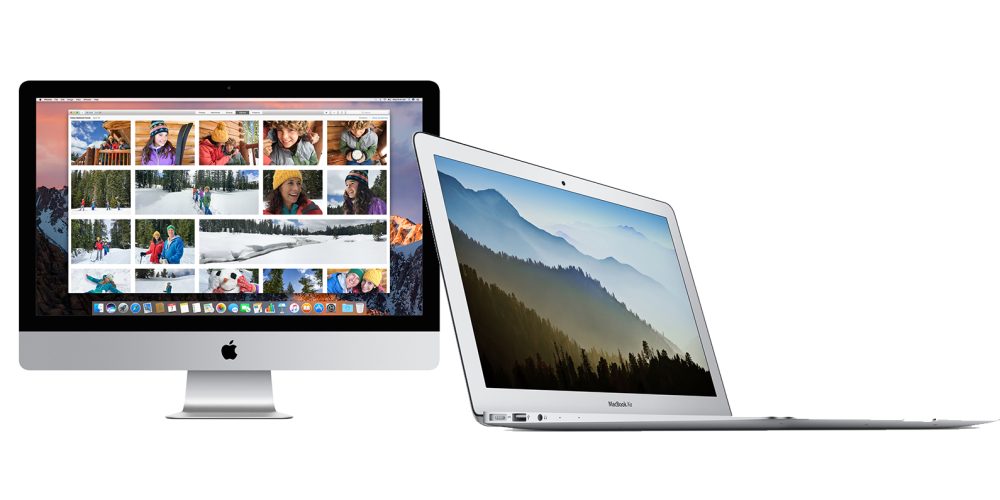 eBay kicked off its Black Friday promotion this morning by discounting a slew of elections, home goods and more. Two notable items to come out of this sale were a 13-inch MacBook Air and 27-inch 5K Retina iMac via Electronics Valley (99.7% positive feedback, Top-Rated Plus Seller). These deals are up to $100 better than Best Buy’s Black Friday offerings. Here are the details…

Next up, . Apple’s stunning 5K Retina display is the main attraction on this 27-inch iMac. You’ll be able to enjoy a massive 5120 x 2880 workspace that is powered by AMD’s Radon R9 2GB GPU. It has a 3.2GHz Intel Core i5 Skylake processor, 8GB of RAM and a 1TB hard drive. This iMac ships with 802.11ac wireless and the Magic Keyboard plus Magic Mouse 2.

Hit up our Apple guide for other deals on Macs, accessories and more.

The 13.3″ MacBook Air Laptop Computer (Early 2015) from Apple is an ultraportable notebook computer with a thin and lightweight design. Apple’s engineers have leveraged the lessons they learned in designing the miniaturized iPad and applied them to the design of this 2.96-pound computer. To say that the Air is svelte is all at once stating the obvious and understating the truth. The system is defined by its unibody aluminum enclosure. At its thickest point the computer is only 0.68″ — it tapers down to 0.11″ at its thinnest. The system is loaded with 256GB of flash storage rather than an old-fashioned hard drive. Flash storage doesn’t just give you a lighter, thinner computer. It also allows for impressive battery life — up to 12 hours of web browsing and 30 days of standby time. 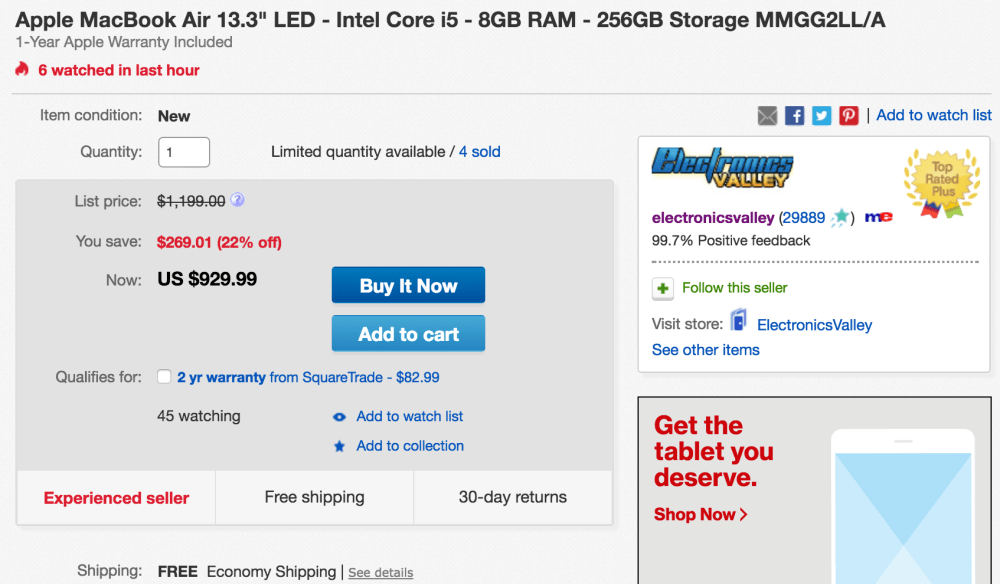 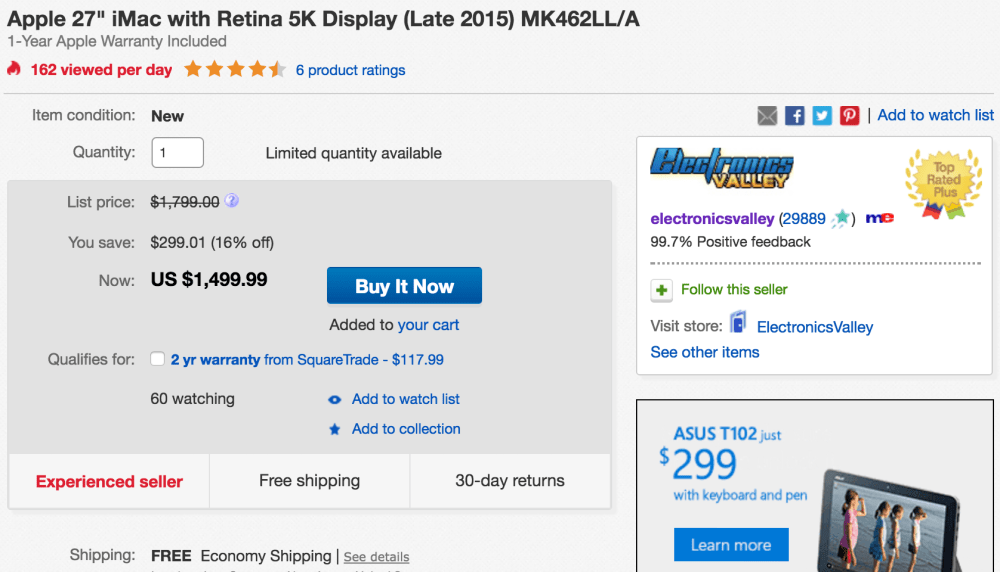 $930
You’re reading 9to5Toys — experts digging up all the latest technology and lifestyle deals, day after day. Be sure to check out our homepage for all the latest news, and follow 9to5Toys on Twitter, Facebook, and LinkedIn to stay in the loop. Don’t know where to start? Check out the best Apple deals, our daily podcast, and subscribe to our YouTube channel