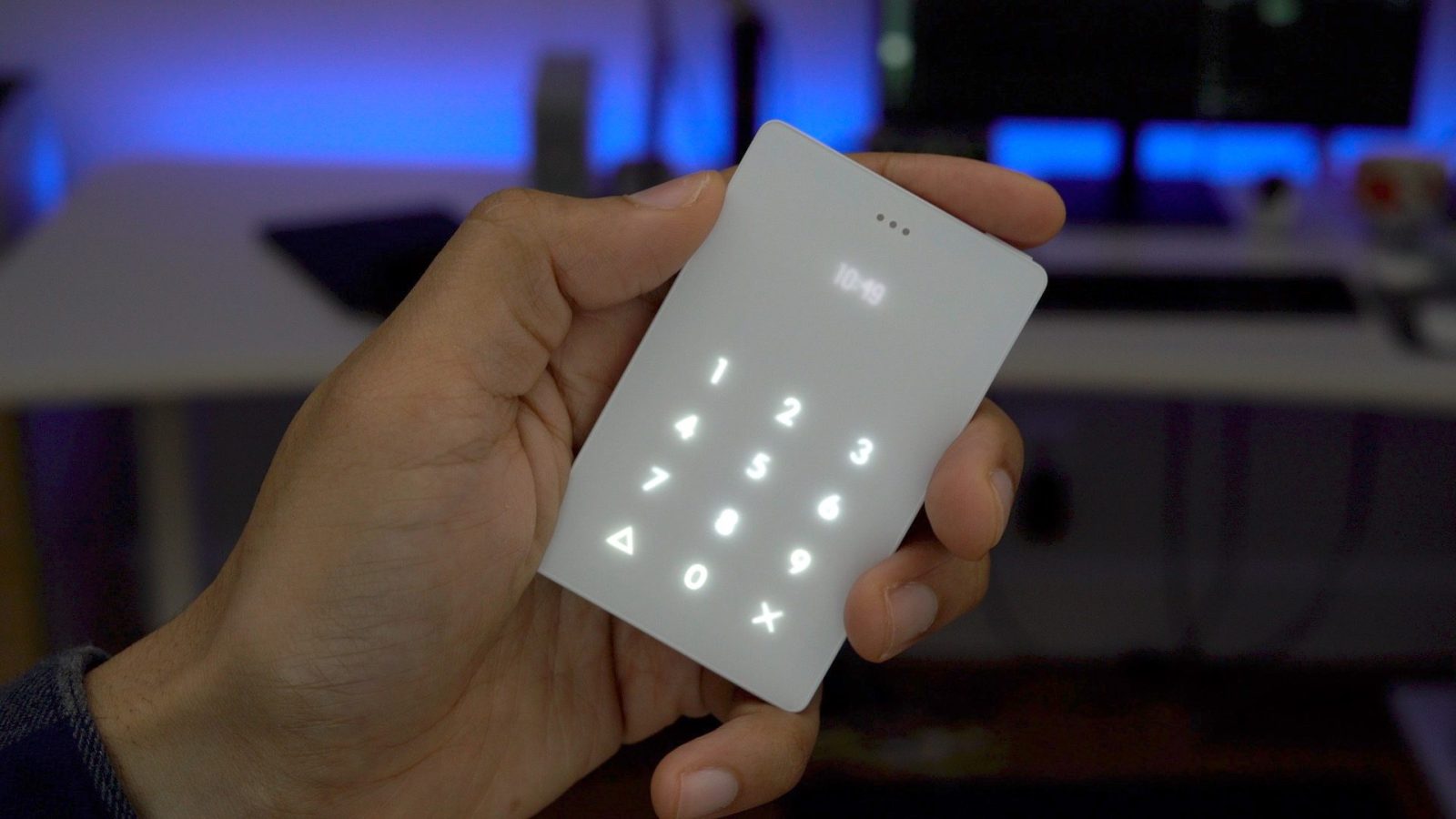 Most companies wouldn’t market their products to be used as little as possible, but that’s entirely what The Light Phone is all about. The Light Phone is a credit card-sized phone that’s designed to be used only for phone calls, and nothing more than that. That’s right, no pictures, no apps, no games, no texts. Phone calls only.

Deemed as being a phone away from your phone, The Light Phone is designed to operate as distraction free as possible, yet still provide the necessary functionality to make and receive phone calls.

It’s an interesting concept that can serve to complement, not replace, an iPhone. It’s a secondary phone that’s built to be an extension of your existing smartphone — a phone that allows you to leave your iPhone at home, yet still maintain some vestige of basic communication.

Normally, I’d use a cheap Android phone, or an old iPhone as a secondary phone, but The Light Phone adds a new twist to the idea of having a second device. Watch our hands-on video walkthrough as I explore The Light Phone and discuss who might be in the market for one when the $150 device officially launches later this year.

The Light Phone comes packaged in a unique 52 page hardback book containing full color images of various scenery from around the world. The pages of the book inspire the thought of “being away” — as in being free from the day-to-day concerns of everyday life, being untethered, as it were — away from your smartphone.

In the back of the book lies the actual hardware, nestled within the confines of a block of foam. All that’s there is the phone itself, and a micro USB charging cable. On the back cover of the book is a sticker containing important technical info consisting of the IMEI, FCC ID, serial number, etc.

A handy pull tab helps The Light Phone to disembark from the book, and it’s at that point that you realize how incredibly tiny this phone is. The phrase “credit card-sized” is loosely thrown around, but with The Light Phone, it’s an apt description as far as length and width of the sterile-looking white slab are concerned. When it comes to thickness, however, it’s more like five credit cards thick, which is still thinner than my iPhone 7 Plus.

The hardware itself features just two mechanical buttons — a power button on top, and a lock switch on the left-hand side. The unit’s 12 keypad buttons are of the touch sensitive variety, and above the buttons rests a calculator-like 10-digit LED display that shines through the phone’s translucent surface producing a gaussian-type blur effect.

On the bottom of The Light Phone you’ll find three holes for the microphone input, which rests right next to the micro USB port used to charge the device and connect to the phone’s official app. Above the LED screen, you’ll find another set of small holes for the handset speaker.

Finally, on the right-hand side of the phone, you’ll notice the SIM card tray. The Light Phone uses the traditional eject method for the SIM card slot, and uses a standard-size nano SIM card. My unit came bundled with a pre-installed SIM card from Ting (T-Mobile network).

The back of The Light Phone is completely bare outside of a small stylized “light” logo along with the model number and FCC ID down below. These details may be difficult to see unless you view the handset in the proper lighting conditions.

The Light Phone supports 2G service that works independently of your current mobile service plan, but allows you to use your primary number to facilitate phone calls. The unit comes bundled with an active SIM card, and service will cost approximately $5 a month.

When you decide to “go light” you’ll need to manually enable call forwarding on your primary smartphone, which will forward all incoming calls to The Light Phone. From there you can both make and receive calls as if it’s your primary phone.

Note that, at least initially, international users have no service fee, and will only be able to use The Light Phone as a standalone phone. That means you’ll need to provide your own SIM, which shouldn’t be an issue if you have more than one mobile phone line. Read the full FAQ for all of the nitty gritty details.

Setting up The Light Phone

After adequately charging the phone, you’ll need to connect it to your Mac and download the software to configure the handset for use on The Light Phone’s cloud platform. This platform is what allows the phone to make calls using your primary telephone number. The phone is actually running a stripped down version of Android, which makes it easy for the developers to implement additional features in the future.

The initial setup process involves confirming the phone number that you plan to use with The Light Phone. You’ll then receive a text message that includes a contact card that you can save to the contacts app of your primary smartphone. This contact is basically a shortcut for enabling call forwarding to The Light Phone cloud service, which will allow you to make and receive calls using your main phone number.

After those initial configuration steps, you’ll be presented with an extremely simple set of options within the app, one of which allows you to establish up to nine speed dial numbers.

Once you finish the initial configuration steps, you can disconnect the phone from your computer and begin using it. To check the current status of the phone, including remaining battery life and network signal, a short press on the triangle button will do the job.

Using The Light Phone is fairly simple and straightforward. You can make phone calls by using the touch pad to dial a number. Pressing the buttons on the keypad evokes haptic feedback that lets you know when a button has been successfully pressed. 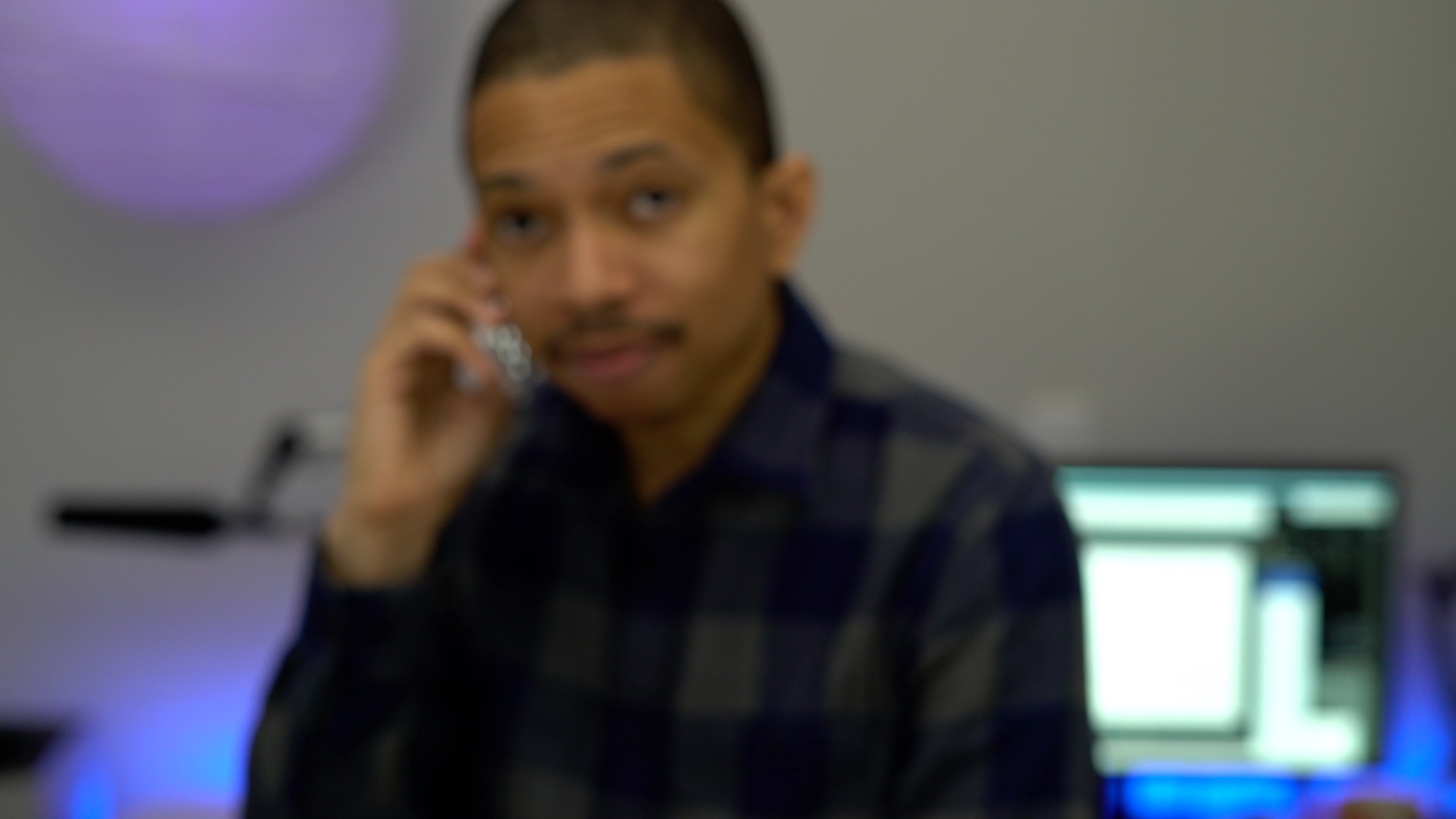 To use the configured speed dial numbers, simply long press numbers 1-9 on the keypad, which will reveal the name of the person associated with the shortcut. From there it’s just a matter of pressing the triangle button to complete the call.

Call quality is decent for a phone of this size, although it’s noticeably inferior to the call quality made possible by today’s smartphones. The speaker quality is actually pretty good, and I could hear callers clearly on the other end of the line. Due to ergonomics and overall size, this probably isn’t the type of phone you’ll want to be holding for extended conversations anyway.

As noted earlier, calls appear as if they originate from your primary smartphone, as they use the same number. When you receive calls after setting up forwarding, the person on the other end of the call will see your primary phone number show up on their caller ID.

Users have the option of diving into the phone’s menu system to configure options like ringtone and vibration, paired or standalone mode, along with the ability to view call history. To access The Light Phone’s menu system, simply perform a long press on the triangle button.

Be sure to watch our video embedded above for a hands-on look at The Light Phone in usage. I think the phone does a good job of living up to its purpose, but it’s obviously a very niche type of item.

That said, I like the idea of having an extra phone when I just want to get away from the day-to-day grind. It allows me to step away from social media, text messages, and all of the territory that comes with a modern-day smartphone. With The Light Phone you get a lightweight experience that brings the focus solely back to making phone calls and absolutely nothing else.

It’s not the type of phone that you’ll use often, but if you often find yourself looking to go off the grid without being completely unreachable, I see it as a nice compromise. You can preorder The Light Phone now via the official website.

What do you think? Is this the type of product that interests you?