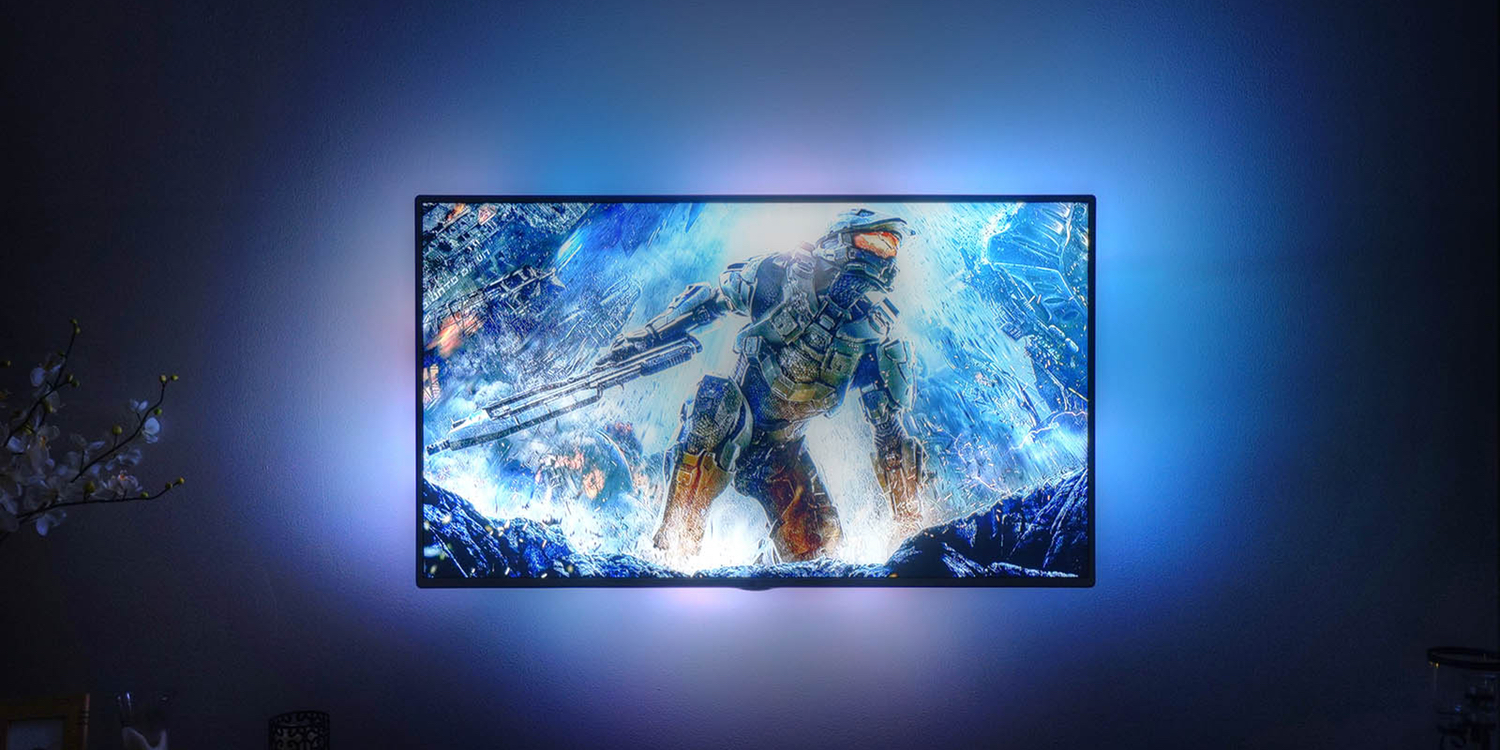 Incorporating colored mood lighting into one’s TV and home theater setup is becoming increasingly more popular, and for good reason too. Not only does it add ambiance and increase the level of immersion in your content, but also helps reduce eyestrain which stems from prolonged screen use. Dreamscreen differed from the traditional multi-color LED strips with its first lighting kit last year, and now returns with a new Kickstarter campaign to add 4K video pass through and even more functionality.

Dreamscreen is effectively an upgraded TV and home theater backlighting system that syncs the color and intensity of the lights to whatever content you’re enjoying. The company’s latest Kickstarter campaign brings a 4K-ready kit which gains all the functionality of the previous model, but all while enhancing the system.

Based around a small puck-like hub, the kit features 3 HDMI ports for switching between input sources, as well as a micro USB port for power, and 3.5mm audio jack. Various lengths and types of LED lightstrips can be chosen from to fit any model or size of TV or monitor. 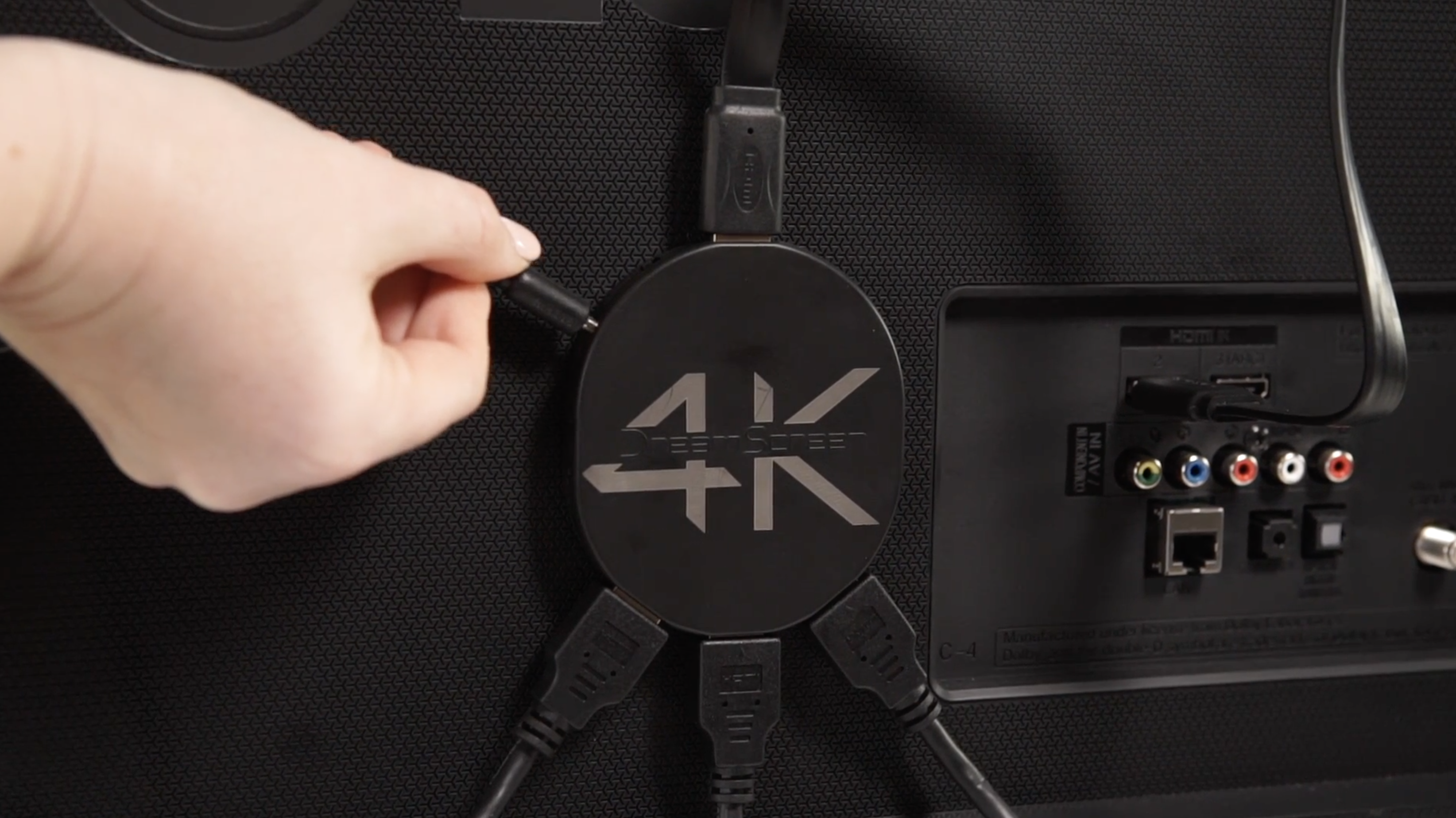 Dreamscreen’s 4K kit supports three different modes to suit your needs regardless of the situation. At the forefront of these is the standard video mode, which alters the color of the lights in order to match the movie or TV show you may be enjoying. An added music option now provides the ability to sync your favorite music to one of four built-in audio visualizers, as well as the backlighting setup. Much like other multi-color LED lighting kits, Dreamscreen can now also act as more traditional ambient lighting and allows you to select various scenes in order to set the mood in your home accordingly.

While the new 4K kit does offer better color matching and a more accurate syncronization to the TV’s content, it also adds support for the company’s new standalone lighting devices. Deemed Sidekick, the units resemble a spotlight or Philips Hue Bloom and extend the bias mood lighting to other areas of your home theater setup. You can pair as many of them as you’d like to Dreamscreen, but the starter kit comes with two.

Dreamscreen also has improved the companion iPhone and Android app to better control the lighting system. It incorporates controls so that you can alter the color and intensity of the lightstrips, but also adds settings to tweak saturation, brightness fade rate, latency and scheduling. Zone control has been integrated as well, which allows you to set the mood from a pre-set scene.

Just as with the company’s first kit, this one too has launched on Kickstarter. So far, the campaign has raised $146,367 and exceeded the original goal of $50,000. For the next 30 days, you’ll be able to back Dreamscreen’s HD and 4K kit for $215. That earns you the full backlighting setup, as well as two Sidekick units. There are various tiers below which offer different breakdowns of the full package, so you can chose between upgrade kits for previous versions, or just the backlights themselves.

Assuming all goes well, Dreamscreen won’t be shipping until later this year in September. If you’re interested in outfitting your home theater with bias mood lighting and can’t stand to wait, we’ve got you covered with a few alternatives. While not as high tech, Vansky’s lighting kits are a more affordable option. If you are looking for something a little more advanced, the Philips Hue lightstrip has HomeKit and Alexa support.

DreamScreen is BACK and we are thrilled to announce we have a whole line of products to enhance your home theater and gaming experience. Just like our last Kickstarter campaign, we have already completed the heavy R&D, tooling and a soft-launch to industry professionals. We are offering these products to our favorite community first at a significant discount because our Kickstarter backers have molded our products with amazing feedback and given us a global perspective on TV backlighting.