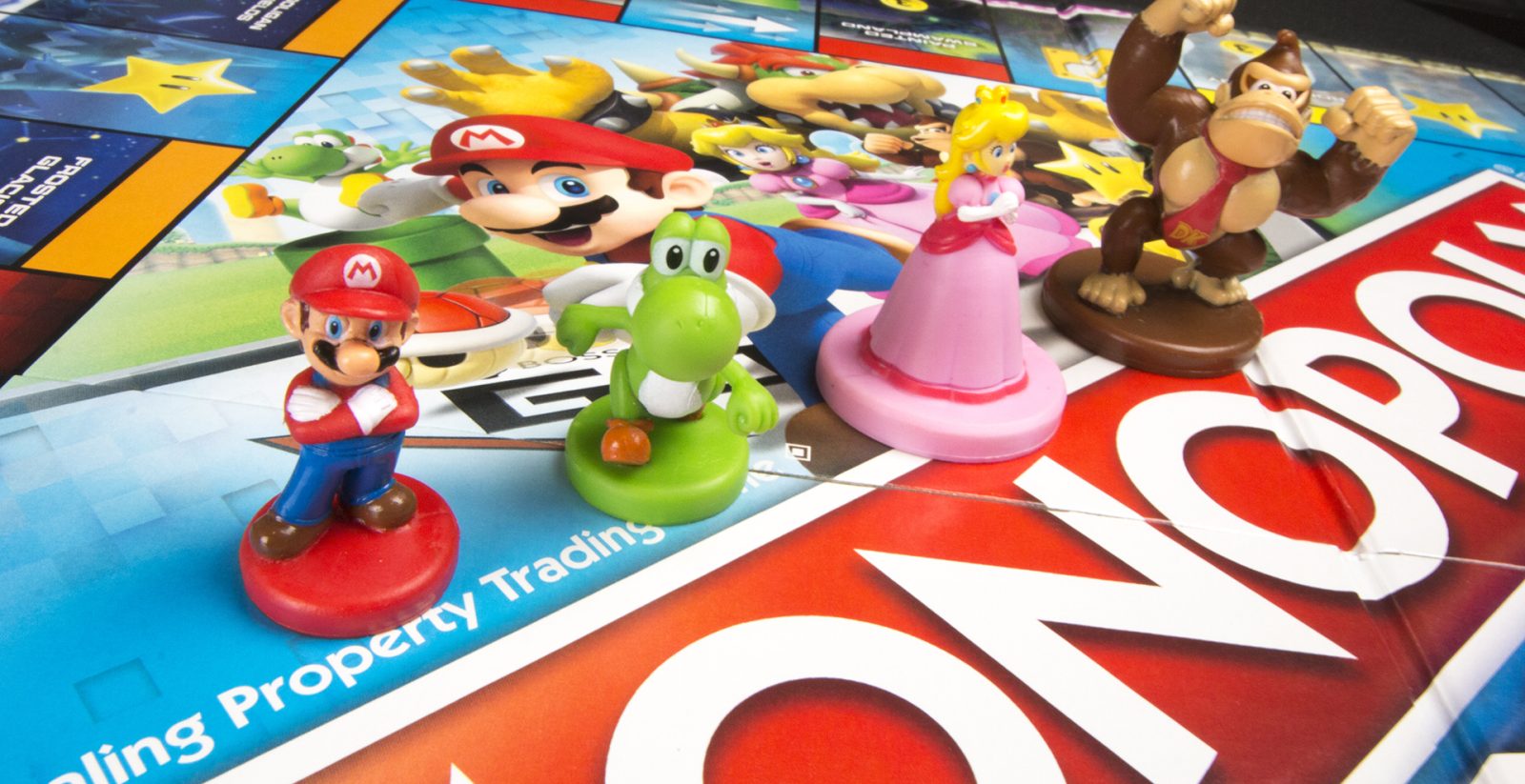 Nintendo has teamed up with the folks over at Hasbro to create a new Super Mario themed version of the iconic real-estate tycoon board game. Monopoly Gamer essentially plays similar to the classic we all know and love, but with a number of very special twists in the way of a new rolling system, player characters and much more. Already available on store shelves in Special Edition form with the base version on the way soon, head below to find out more about Monopoly with Mario and friends…

Players will still be rolling dice, traveling around the outside of the board and buying up properties as usual, but there is a lot more to it than that. First of all, the base model will include Mario, Princess Peach, Yoshi and Donkey Kong player pieces, along with bright gold coins that look like they are plucked straight from the Mushroom Kingdom.

As you likely expected, the property names are flipped from the usual Illinois Avenue, Park Place and Boardwalk to much more Nintendo-appropriate titles like Acorn Plains, Peach’s Castle and Bower’s Castle. 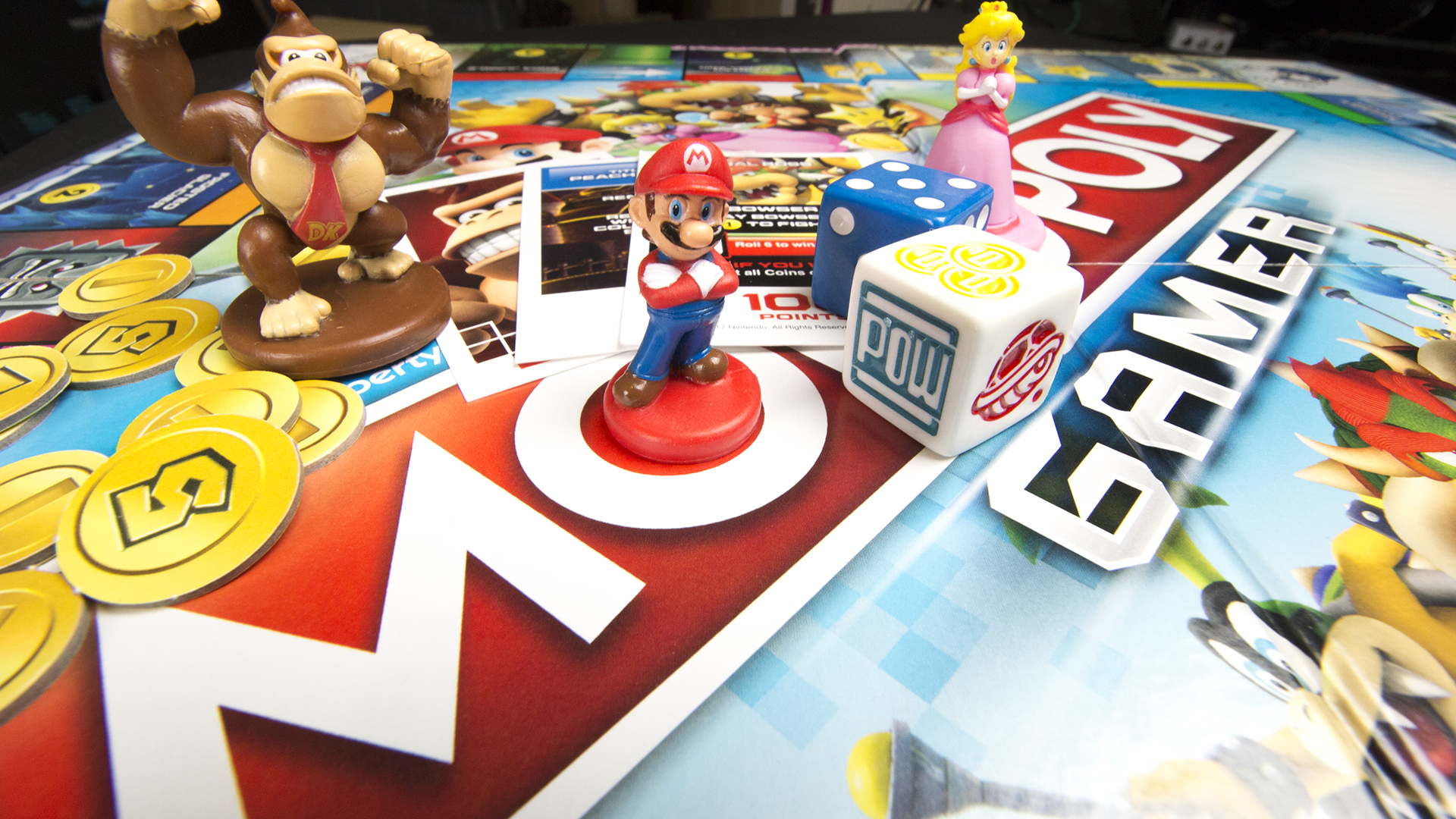 Another major difference from typical Monopoly is the dice and ability system. Instead of the usual setup, we are getting one traditional six-sided numbered die which will decide how many spaces the player moves on the board. The other die determines the ability the player can use on that turn.

For example, one possibility would be to roll the red shell with the ability die. In that case you choose any opponent to drop three coins down on the board. The green shell ability is the same but it will effect the next player in line. And it gets slightly more in-depth than that considering the effects of the abilities can be enhanced depending on the player character using them. If you are playing with Princess Peach and roll a red shell, some unlucky soul will have to drop four coins down instead of three.

As for those boss battles, every time you pass Go, you will collect 3 coins and engage in a randomly selected boss fight. There are 8 of them in card form in the game. To defeat them you’ll have to roll a number at least as big as the one on that particular boss card to win. 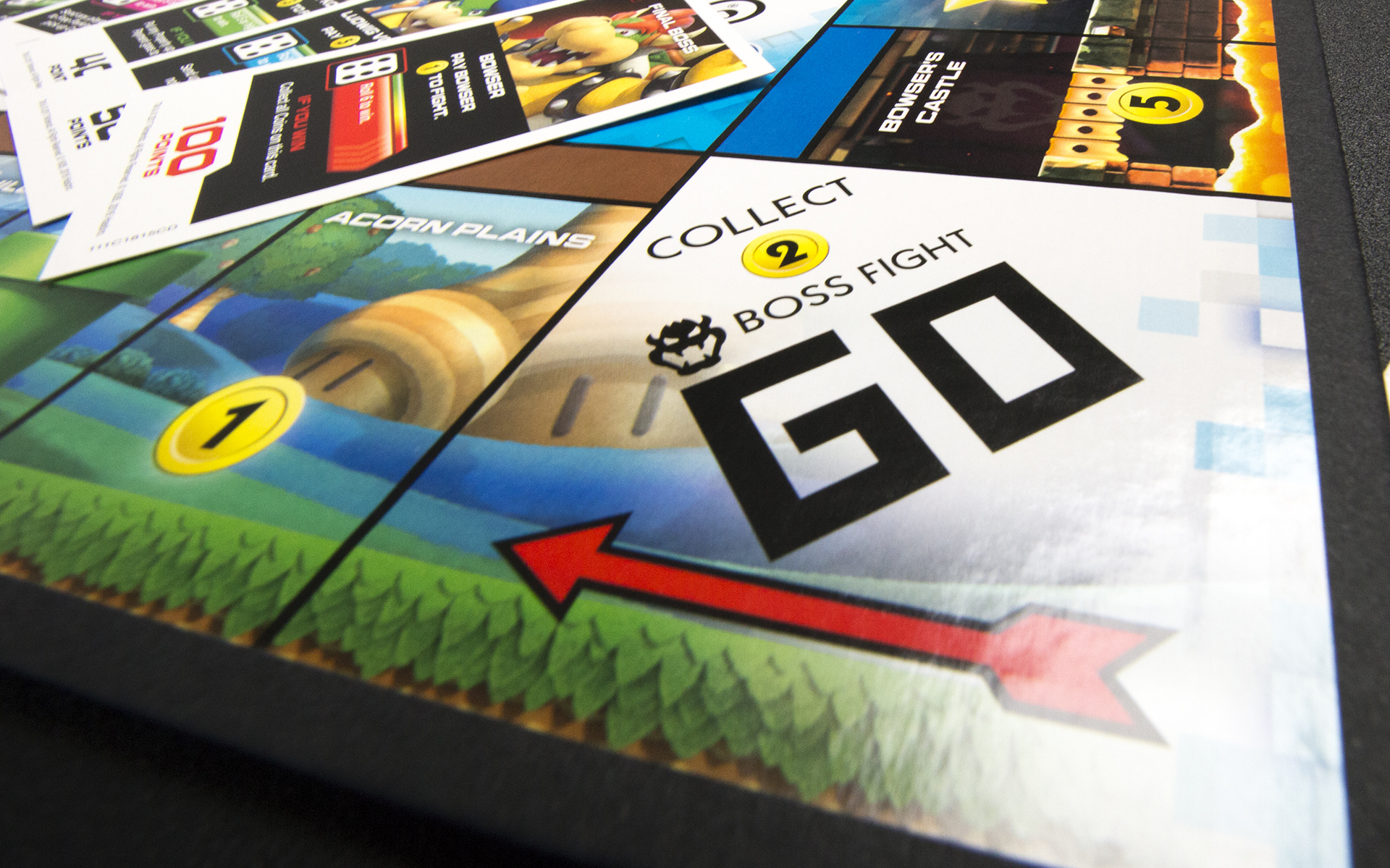 Cash doesn’t run everything in Monopoly Gamer. You’ll have to defeat all 8 bosses in the game and have the best properties to win. There is a point system in place that will help players tally up the winner. Here’s more details directly from Hasbro :

Monopoly Gamer releases for just $24.99 on August 29th. And you can purchase additional player characters (seen below), each with their own unique abilities and enhancements at $3 a pop. However, the Special Edition, which includes the Bowser player piece, is available right now exclusively through GameStop for $39.99 shipped (Use code SAVER for free shipping).

There is already a number of Nintendo-themed Monopoly boards out there, along with just about every other crossover you could imagine, from Star Wars and Game of Thrones to Disney movies and more.