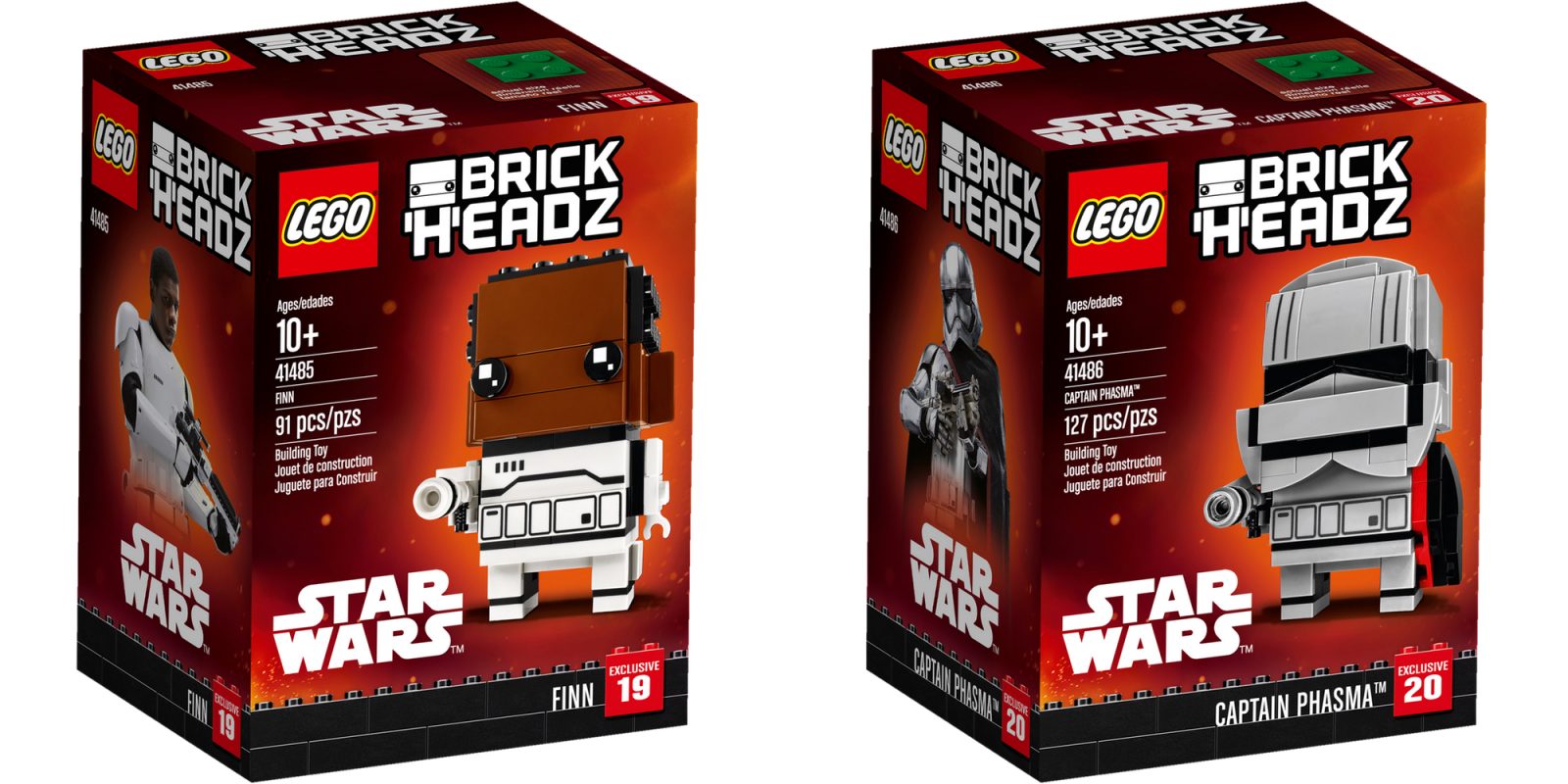 On the tale end of last week’s announcement of the first LEGO Star Wars BrickHeadz figures, the company has now unveiled two new characters from a galaxy far far away. Coming November 1st, Finn and Captain Phasma will join Boba Fett, Han Solo and others as the latest to get brick-built renditions. And it couldn’t have come at a better time, with the trailer for the holiday’s most anticipated film, The Last Jedi just hours away. Head below to checkout a first look at the two new figures.

This time around, LEGO is opting for a wider release of its Star Wars-themed BrickHeadz figures. The two new Finn and Captain Phasma figures will be available at the start of next month and at a more reasonable $10 price tag than the previously released figures.

Finn stacks up to just over 2-inches tall and is comprised of just 91 pieces. He comes complete with First Order Stormtrooper armor from the beginning of The Force Awakens and includes some other notable details as well. Aside from the collectable stand, Finn also comes with a detachable blaster pistol and is covered in decals like a utility belt. 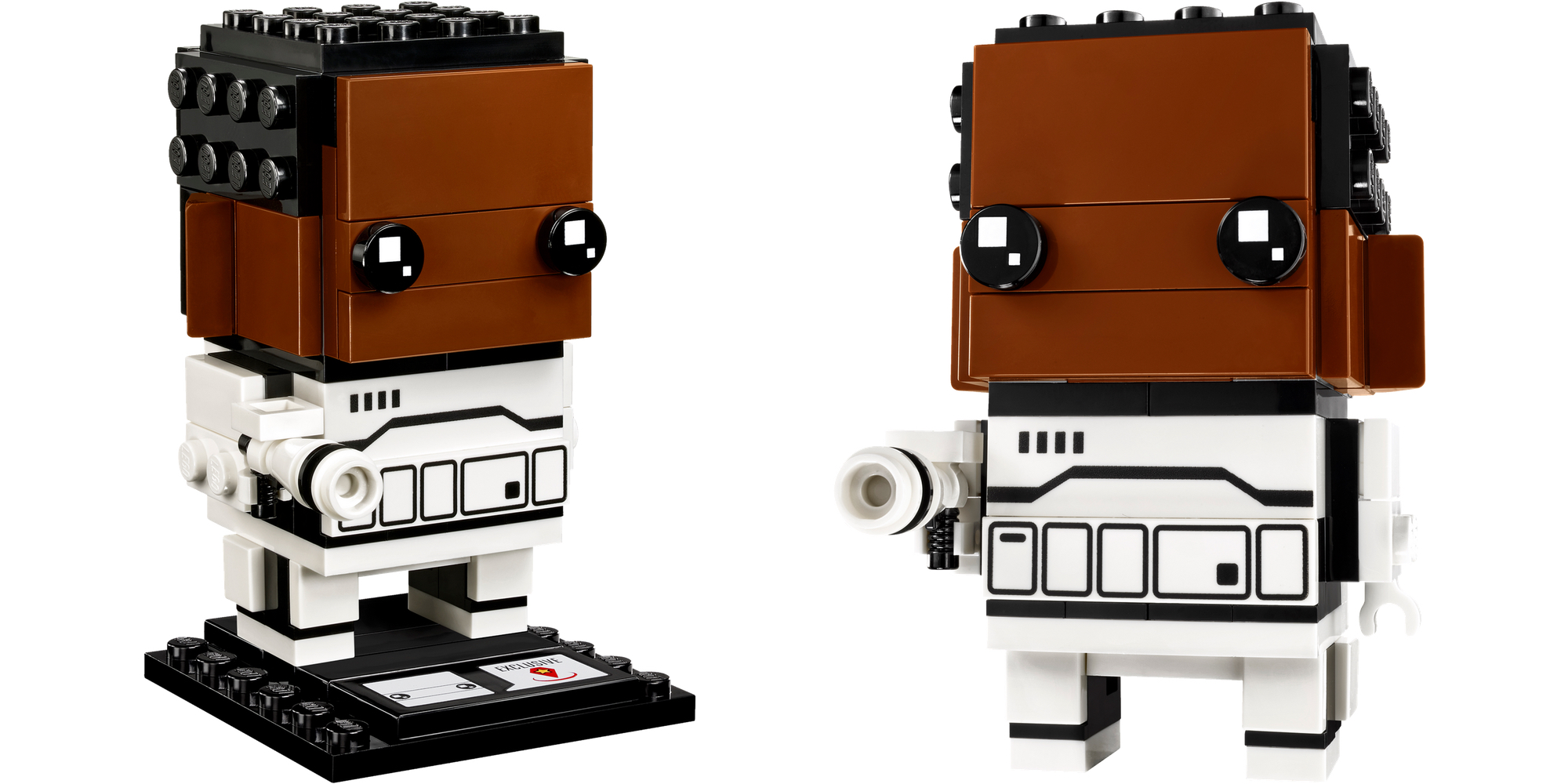 Taking a look at the dark side, the Captain Phasma BrickHeadz figure includes 127 pieces and comes in at just over 2-inches as well. Those extra 30+ pieces go towards recreating the First Order leader’s iconic helmet. You’ll find a similar blaster pistol and while Finn is made of mostly white LEGO elements, Phasma is composed of some fantastic looking matte silver pieces. She too is covered in decals just like the Resistance Fighter.

Both Finn and Captain Phasma will be available for purchase starting November 1st and will retail for $9.99 each. As of now the listings don the exclusive tag, meaning they’ll probably be limited to LEGO’s shop for some time. Despite that, you’ll definitely have a better chance of adding these figures to your collection than the Comic-Con exclusive Boba Fett and Han Solo. 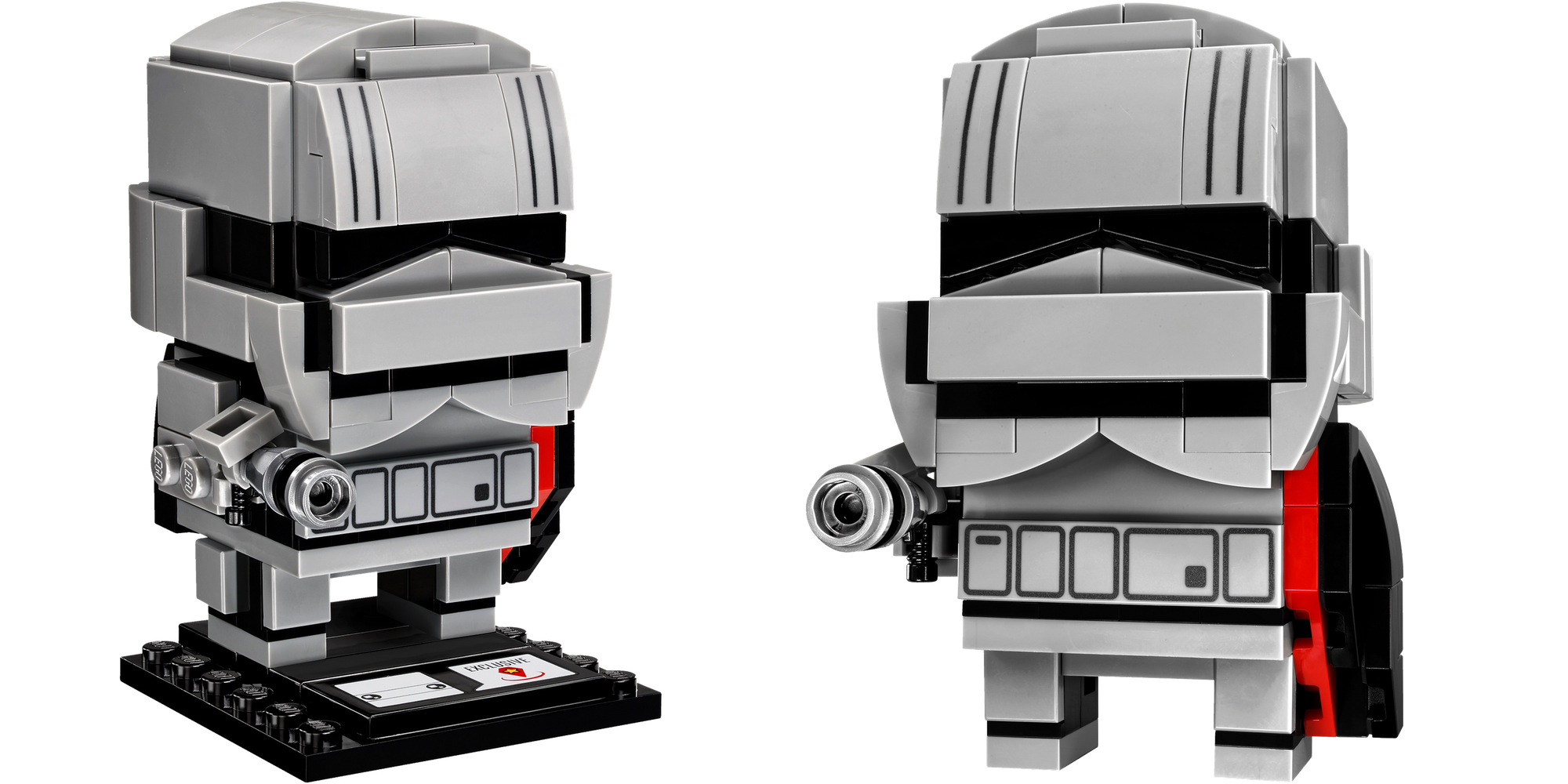 This LEGO® BrickHeadz construction character featuring Finn is fun to build using LEGO bricks that recreate all of his iconic details from the blockbuster Star Wars: The Force Awakens movie, including First Order Stormtrooper armor and utility belt. He also has a detachable blaster pistol and stands on a buildable collector’s baseplate with BrickHeadz icon for easy display in your home, office or anywhere you like.

This LEGO® BrickHeadz construction character featuring Captain Phasma™ is fun to build using colorful LEGO bricks that recreate all of her iconic details from the blockbuster Star Wars: The Force Awakens movie, including Stormtrooper armor, helmet and a buildable cape. She also has a detachable blaster pistol and stands on a buildable collector’s baseplate with BrickHeadz icon for easy display in your home, office or anywhere you like.