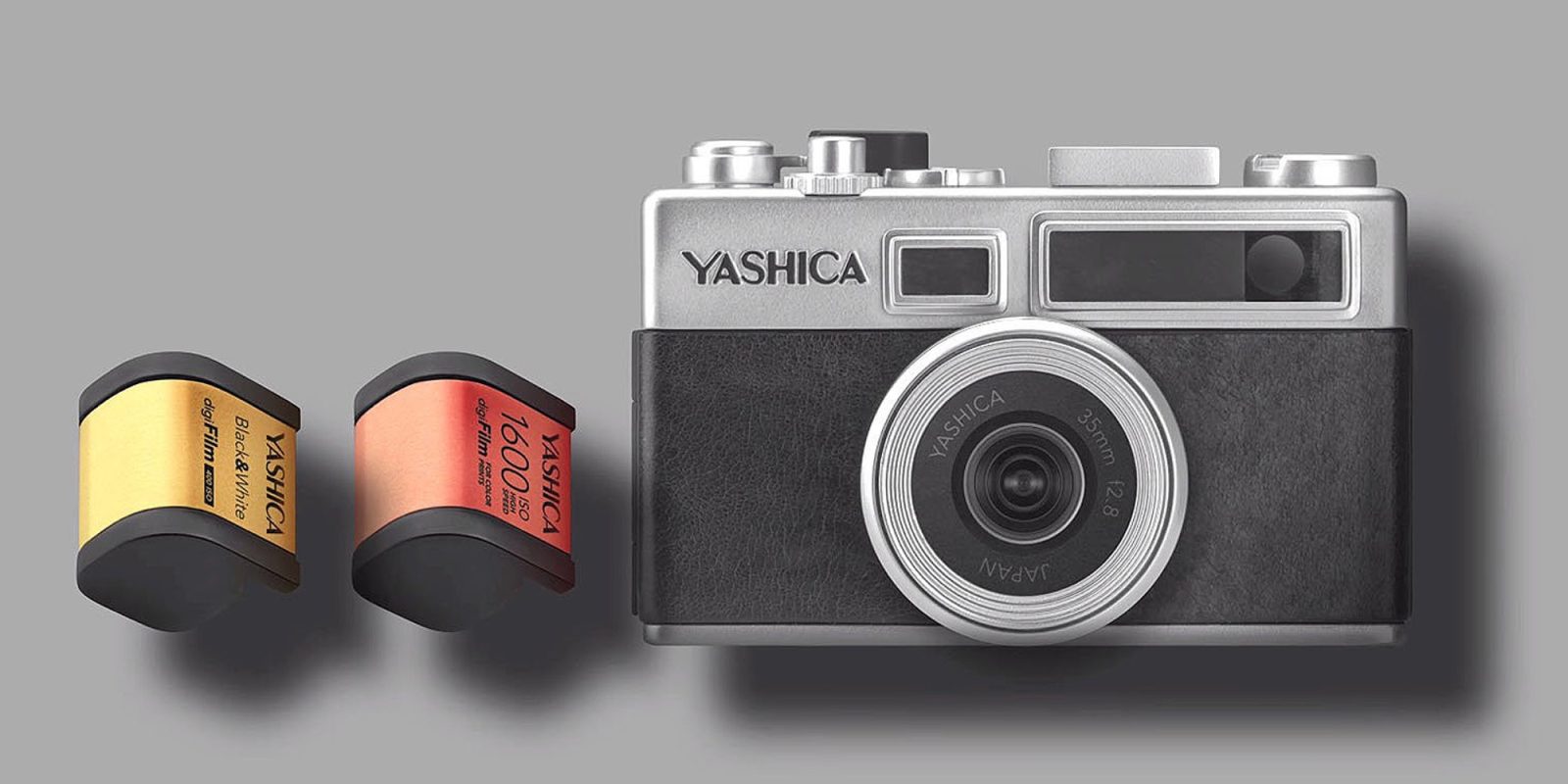 If there has been any trend these past few months in tech it’s been this: old can be new again and retro is definitely, definitely in. The same goes for digital photography and the resurgence of instant film cameras and other old technologies making the way back into popularity. Now there’s a Kickstarter funded company wanting to bring back a popular Japanese camera design from the mid-60’s with a new twist. Analog meets digital with this new camera that will point and shoot like its predecessor but you won’t have to look for a place to develop the film.

When you first look at this camera, you’ll notice it has a superb design that looks much like the original. Also, it’s been created to be the first electronic controlled shutter camera in the world. It’s called the YASHICA Electro 35, and it utilizes the digiFilm system to create a unique photography experience for any user. This camera reportedly captures the appearance and sensation of using an analog camera from the 60’s, but gets rid of the time it takes to develop film and the overall expense it once was to do so. What’s great about this analog-like camera is the nostalgia of operating it. You have to adjust the ISO by swapping out the digiFilm cartridges and then “wind the film” in between each shot you take with it.

The camera itself has a 1/3.2-inch CMOS sensor and can capture 14 megapixel photos. It has a built-in viewfinder and a focal length of 35mm. Of course, there’s now an SD card storage slot and micro-USB for data transfers. It also requires 2 X AA batteries to operate.

With 37 days left in its campaign, the YASHICA Electro 35 has nearly reached its funding goal of $102,000. If you’re interested in trying one out for yourself, a pledge of $142 or more will get you one of the early bird specials at 30% off its expected retail price. If all goes as planned shipping to backers is estimated for April of 2018.

Using YASHICA Y35 is a journey to the truth—there is no instant gratification of a review screen, no delete button, and no hiding from mistakes. The world seen from the viewfinder of Y35, might be a little slower, a little prettier, transporting us back to a time when we all pay a little bit more attention, and causing us to care each shot before clicking the shutter – because it must solid the first tie or the moment is lost. Every Y35 image is real, carefully captured in its true moment.