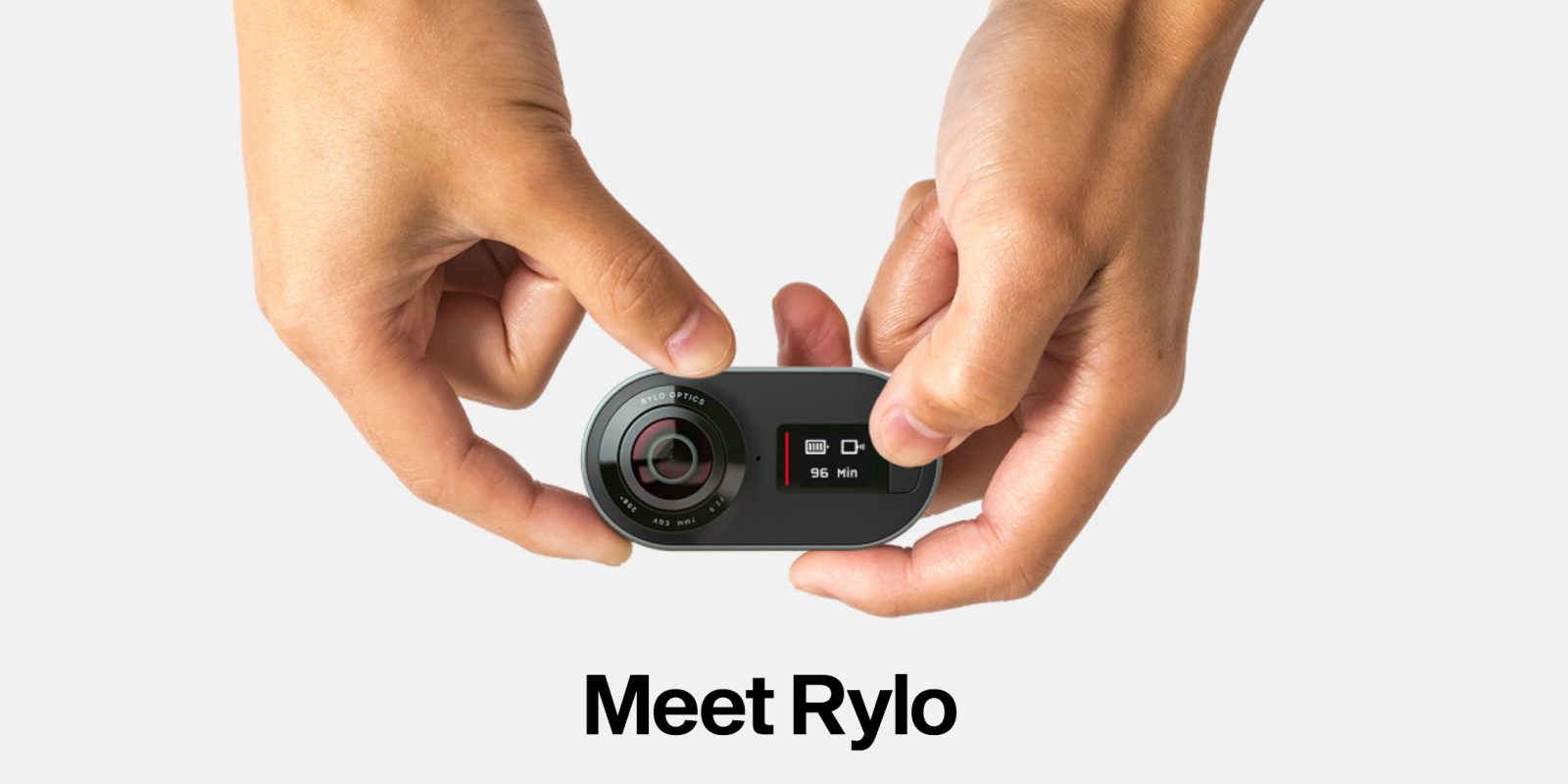 GoPro recently released its new Fusion 360-degree camera which features unique software paired with consumer-friendly hardware. In the keynote address, GoPro detailed how its camera could actively track a subject as it moved throughout the camera’s field of view. Essentially, it hoped to empower videographers by offering high-level results from a simple setup. Fast forward to today, and a new camera from Rylo claims to accomplish many of the same features in a smaller device.

The Rylo Camera easily fits within your hand and packs dual 4K cameras that come to life with features when paired with the iOS app. Simply put, this new device wants to simplify the content creation process from start-to-finish. Oh, and it costs $200 less than GoPro’s alternative.

At it’s core, Rylo exists to capture every piece of the action happening around you with the option to simplify into a traditional standard frame video. It seems like everyone is recording and outputting video these days as we’ve firmly entered the YouTube era. However, anyone that has used a GoPro can tell you that it’s inherently difficult to capture smooth footage without the proper equipment. Fusion and Rylo attempt to remedy this common problem by using robust software that trims down footage while taking out any potential shakiness.

There are dual 4K cameras on Rylo for capturing high resolution footage of all the action. Users can record in standard frame without the app as well, but content is limited to 1080p in this instance. Each lens has a 208-degree field of view with a f/2.8 aperture.

Rylo is a powerful little 360° camera powered by innovative software to create larger-than-life, cinematic video. It captures everything around you with breakthrough stabilization technology. When you’re done shooting, simply connect Rylo to your smartphone and use the Rylo app to easily edit and create a video you’re proud to share.

Early reviews online point to the iOS app as the key feature that really makes Rylo standout. Once 360-degree content is captured, users will be able to pick out a subject within the footage and the app will put together a traditional 1080p clip that follows any movement. This is perfect for scenarios where users would previous have to manual track the action.

Rylo is available for purchase today for $499 shipped. It comes with the camera, a 16GB microSD card, battery, case and a few other accessories. In comparison to GoPro’s Fusion, Rylo potentially offers much of the same functionality for $200 less in a smaller package. Time will tell if it is able to unseat the incumbent, but there’s certainly a lot to be excited about here.