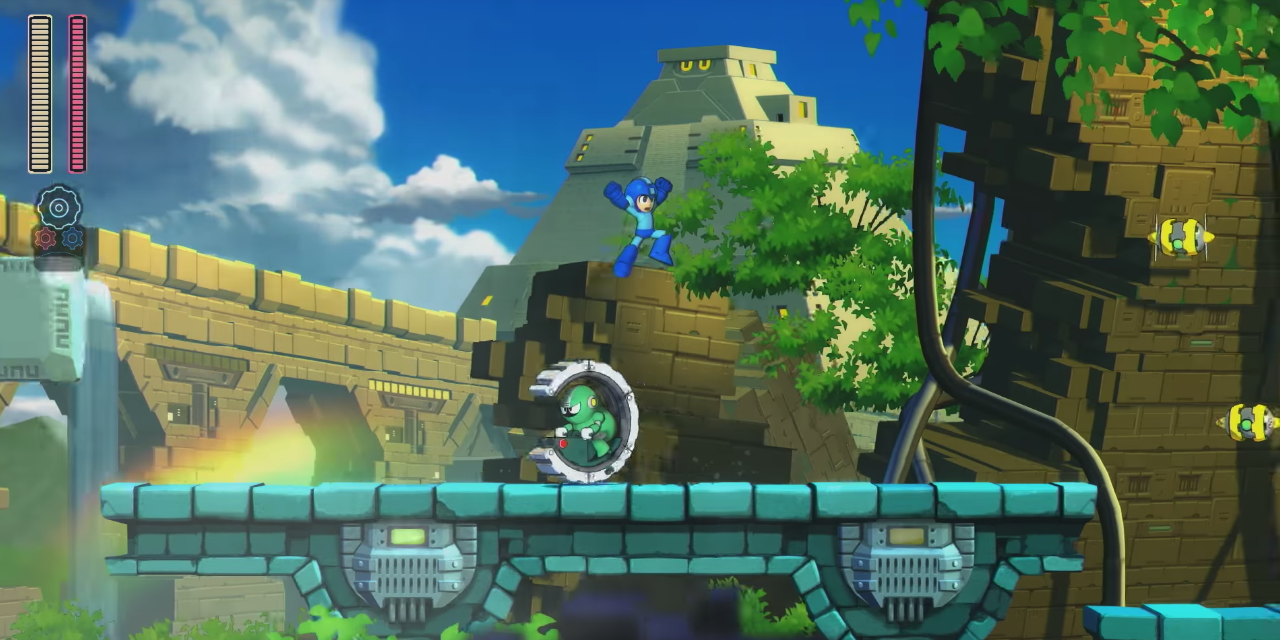 Mega Man is one of those game series that has been around forever and no one wants it to go away. But from some reason Capcom has, for the most part, failed to give gamers their fix of the iconic Blue Bomber over the years. We last saw a Mega Man proper was back in 2010 when Mega Man 10 launched. That game, as well as Mega Man 9 before it, was essentially an old school 8-bit throw back, basically along the same lines as all of the classic titles in the series. But this morning, Capcom shocked the gaming world with the announcement of Mega Man 11, the release of the debut trailer (loads of gameplay footage included) and a brand new visual treatment…

Mega Man fans are picky and everyone remembers the not so pretty 3D Mega Man era of yesteryear. So for many, even the notion of a new graphical style can be a bit scary. But don’t worry, Capcom looks to have nailed this one. We are essentially getting your classic 2D side-scrolling Mega Man platformer, but with gorgeous 3D art populating a series of detailed environments.

For those that aren’t familiar, 2018 will mark the 30th anniversary of Rockman (as he is otherwise known over in Japan), so you can expect this one to get released sometime next year. To be more specific, Capcom says it is dropping late 2018 for PlayStation 4, Xbox One, PC and Nintendo Switch. Feast your eyes on some screenshots and the trailer down below.

Beyond that it sounds like we will have to wait until next summer for more information the Blue Bomber’s next adventure.

Mega Man 11 is coming to Nintendo Switch, PlayStation 4, Xbox One, and PC in late 2018! Take a trip down memory lane and see how Mega Man has evolved in his latest adventure.