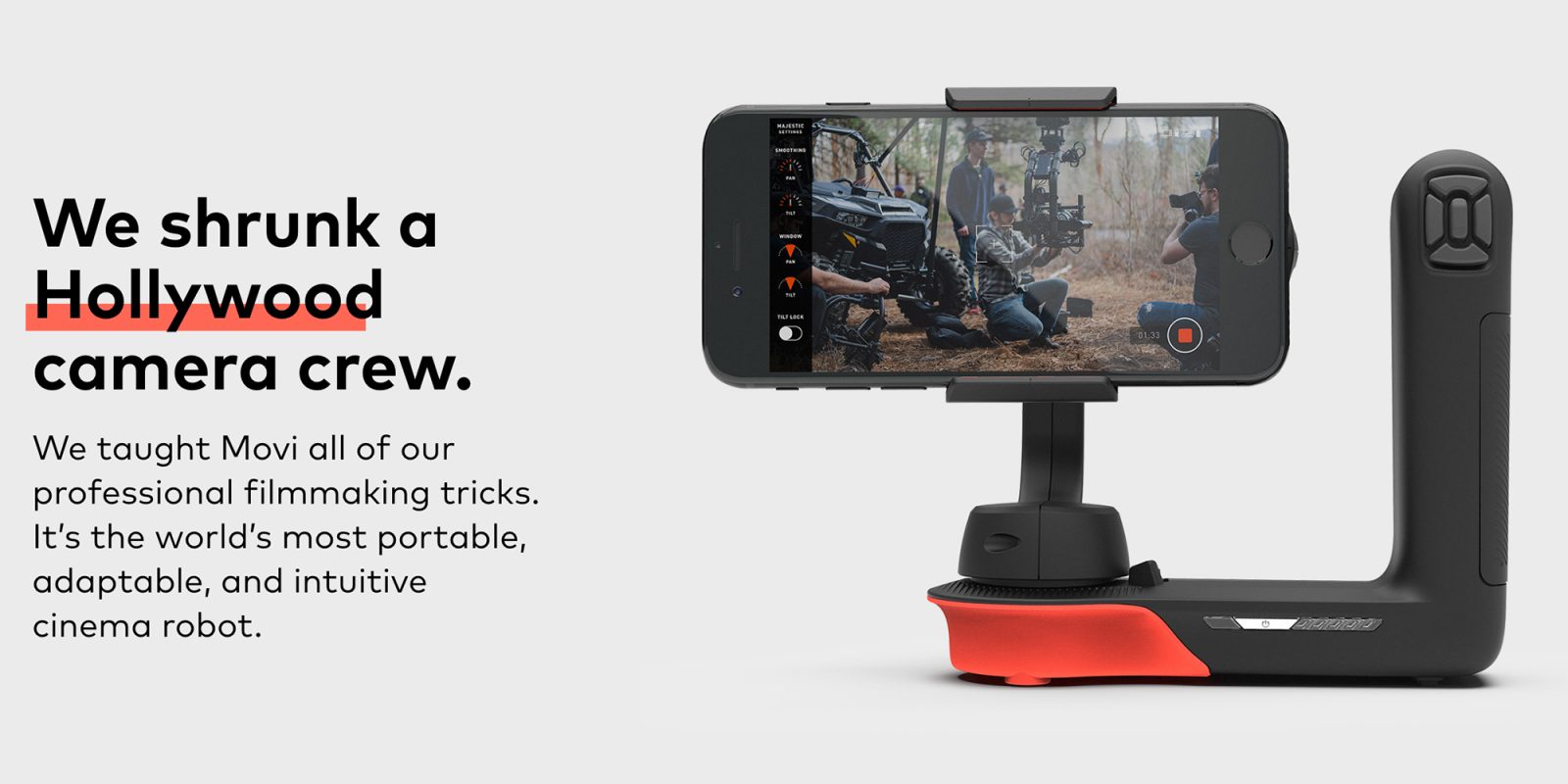 Today, Freefly – a company known for its video stabilization rigs – announced a new product designed specifically for iPhone. Its new $299 Freefly takes on DJI’s Osmo as a way for videographers to capture smooth footage on-the-go. The one-handed stabilization system is paired with an app that delivers “pro level control” and customization while filming.

Freefly’s latest mobile filming rig is a follow-up to the brand’s previously released accessories that delivered stabilization at an affordable price tag. While the aforementioned Osmo delivers some of the same features, Freefly appears to go to the next level with a more robust app and controls.

Movi holds your iPhone (sorry, Android fans) in a stabilized gyroscope with a right angle arm that extends with directional pad controls. Like most gimbals, it is designed first and foremost to take the bumps out of footage while on the move. Dual motors within the unit keep things smooth during use.

In its most basic mode, Freefly allows videographers to move the unit about as needed while keeping the camera level. In-app settings allow for adjustments as needed if you prefer a slower or faster reaction time. Movi reports in early hands-on that adjusting these features can cause issues with Apple’s iPhone optics when moving quickly.

Following the standard stabilization mode is a series of features that help capture more dramatic shots. A-B mode makes for easy panning after identifying two locations within a shot. Orbit Mode allows users to, surprise, orbit around a still object. Timelapses are also easy to capture thanks to the integrated stabilization.

Movi hopes to eventually leverage Apple’s in-house ARKit to identify and track objects. According to details from Wired, there are still some hoops to jump through for that to become a reality. While leveraging the technology is possible, recording AR objects is more difficult.

While there are some more intriguing features about Movi, DJI’s Osmo has a number of advantages. First is market saturation. Osmo has been around for years and is currently priced at $100 less than the $299 Movi. DJI is also an established and trusted name in this product category. Movi has a chance to shine as an alternative if it an continue to roll out new software features over time, something that Osmo has not focused on since its release.

What we are announcing Movi – your cinema robot. Movi is a compact film making tool designed to help tell your story. Movi was designed to integrate seamlessly with the iPhone and allow users to execute stunning shots quickly and easily.

Why do you care? The iPhone is one of the most powerful film and photography tools ever created. The ability to capture, edit, and share high quality photos and videos with a device that fits in your pocket is a game changer for the creative community. To date it’s been difficult to create smooth, precise, and high quality videos with the iPhone. Movi unleashes the iPhone’s true potential.

Where is it available? gomovi.com, Freefly webstore and dealers worldwide

When is it available? Movi launches on December 06, 2017 and will be available for sale via our website. First units will ship in March, 2018.