Alexa dominated 2017, but what’s ahead for Amazon’s voice assistant? 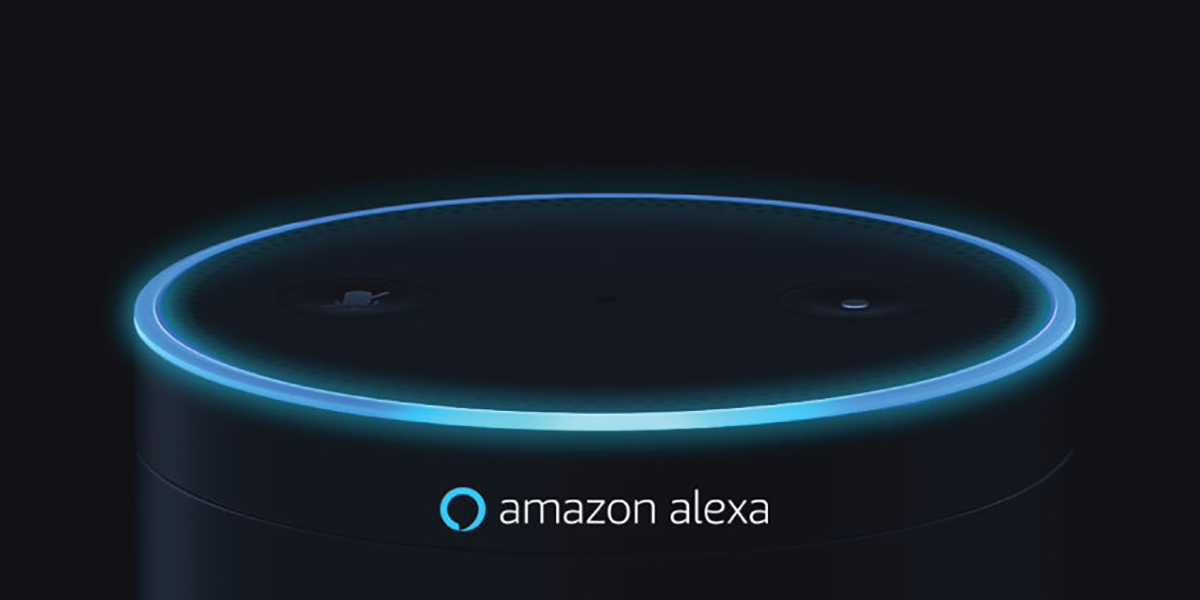 While voice assistants had a huge year across just about every platform, one stood out amongst the lot as king of 2017. Amazon’s in-house Alexa smart assistant seemed to pop-up in just about every category, from TVs to streaming platforms, speakers and just about anything in between.

Amazon has used its inherent advantage as the largest online retailer beautifully to expand its Voice Services in 2017. Siri and Google Assistant each saw expansion in 2017 as well, but lack the sheer volume of implementation that Alexa has. And when it comes to this platform, that’s the ultimate goal, right?

One Echo Speaker turns into the future realized |

When Amazon first unveiled Alexa and the first generation Echo speaker, it was anyone’s guess as to what this platform would eventually become. Google Assistant and Siri were both experiencing their own growing pains in 2015, as the race to integrate virtual assistants was on.

Amazon quickly ramped up production and expanded its lineup to include three different models by the end of 2016. The Echo Dot was a 9to5Toys favorite as an easy and affordable way to give Alexa a spin. Little did we know at the time that 2017 would turn into the year where controlling your lights, ordering paper towel and cashing in on exclusive discounts would be one of Amazon’s biggest strengths. 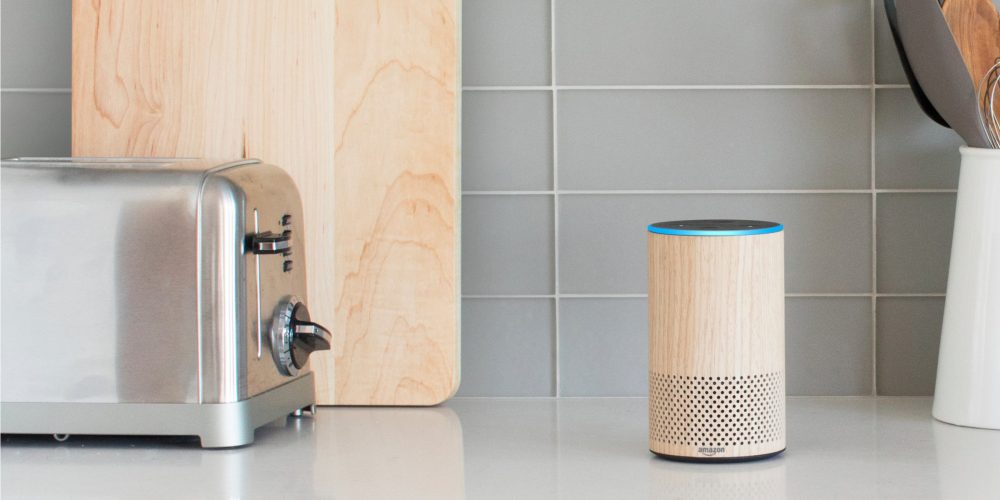 This year saw the rapid expansion of Alexa across nearly every category that Amazon is responsible for. There are six devices in the current generation lineup following September’s surprise event in Seattle. Amazon aggressively expanded its offerings from traditional speakers to include displays on the Echo Spot and Show along with a handful of new form-factors.

Simply put, there’s now an Alexa device for everyone. The second-generation Echo Dot was a huge hit with 9to5Toys readers in 2017 thanks to an aggressive $30 price tag during the holiday season.

While Amazon has initially focused on audio for Alexa, it’s the new Echo Spot that may be its most natural fit. The bedside device retails for $130 and delivers that Jetsons-like experience we’ve been imagining for some time. Amazon’s compact display-driven Echo may prove to be its most intriguing product as we head into the next year.

Alexa is about saturation, not Amazon’s margins |

Alexa first showed up on third-party devices in early 2016, but was largely limited to Amazon’s in-house offerings last year. I don’t think anyone was truly prepared for the onslaught of Alexa-enabled products that would be coming in 2017. It was quickly clear at last year’s Consumer Electronics Show that Amazon was no longer keeping its voice assistant to itself.

Amazon partnered with some of the biggest names in the industry over the last few months on new products with Alexa built-in. That includes ecobee4 and the new Sonos One, both of which deliver instant access to Alexa. Convincing these industry heavyweights to go with Alexa over the competition, namely Siri and Google Assistant, delivered Amazon a few different advantages.

Ecobee and Sonos are arguably the two biggest names in their respective categories. And while Android and iOS users are certainly able to enjoy the full feature set of each product, they are also now forced into having Alexa in their home. This opens the door to Prime memberships, Amazon Music subscriptions, and more in a way that previously required additional action on Amazon’s part to acquire customers.

Perhaps the wisest move by Amazon was going after the affordable market as well. By leasing out its platform to just about anyone willing, we’ve seen Alexa pop-up in more devices than we could have imagined. Anker, Garmin, GE, iHome, and LG are just a few of the brands that integrated the voice assistant in 2017. You can bet that this list will continue to expand over the next 12 months, as well.

“Alexa, what are your popular skills?” |

The year comes to a close with Alexa offering well over 15,000 unique skills across every category imaginable. Amazon’s ability to quickly bring developers into the fold has produced an impressive number of features but leaves us wondering what the future will hold. The Alexa Skill storefront is saturated with everything from Jeopardy to sports, ambient sounds to Santa trackers.

Amazon’s developer-friendly API seems to driving the online giant to a crossroads in the near future. They’ve seemingly already overwhelmed users with too many options, making it difficult to unearth the true gems. This is an area that Amazon needs to turn its attention to in 2018 if it hopes to avoid some of the issues that have plagued Apple’s own App Store.

Where does Alexa go from here? |

We’ve learned in the last year that Amazon’s ambitions are far-reaching and not likely to slow down any time soon. The acquisition of Whole Foods and others tells us that Amazon not only wants to be a part of your life, but it wants to serve as a crucial fulcrum in our daily routines.

Alexa will continue to expand into more devices, platforms, and product categories. We know that auto is a focus for Amazon in the coming year, but look for other areas to emerge as well at CES 2018. 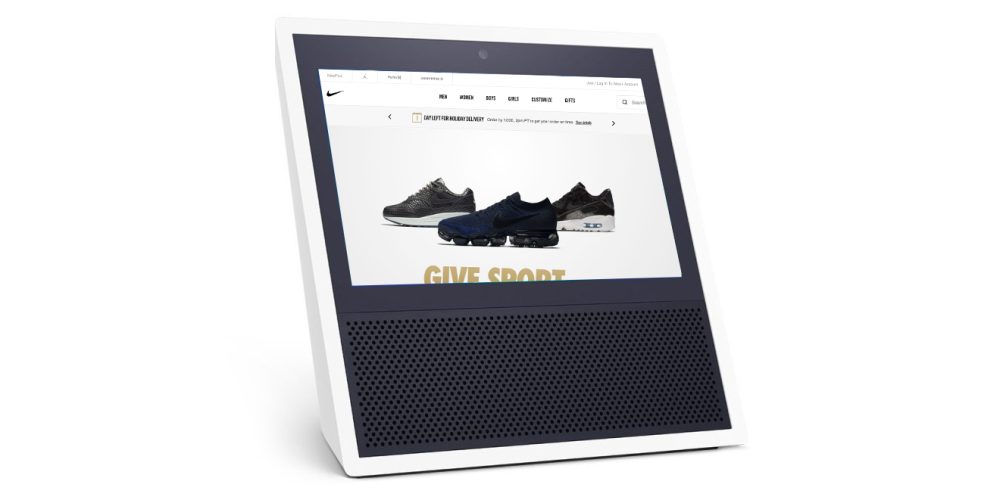 Amazon has already dipped its toes into the world of smartphones and it didn’t succeed. Alexa will always be at a disadvantage without native integration into iOS and Android devices, but Amazon’s far-reaching relationships with manufacturers in other areas likely offset those concerns.

My biggest prediction for 2018 is that Alexa will serve as a new medium for online shopping outside of Amazon’s kingdom. With built-in displays on Echo Show and Spot, consumers would be able to call up just about any retailer and shop within Alexa’s ecosystem. “Alexa, show me the latest LeBron James shoes” may soon become a reality. One that will move Amazon closer to its goal of serving all areas of our lives, not just those currently offering Prime fulfillment.