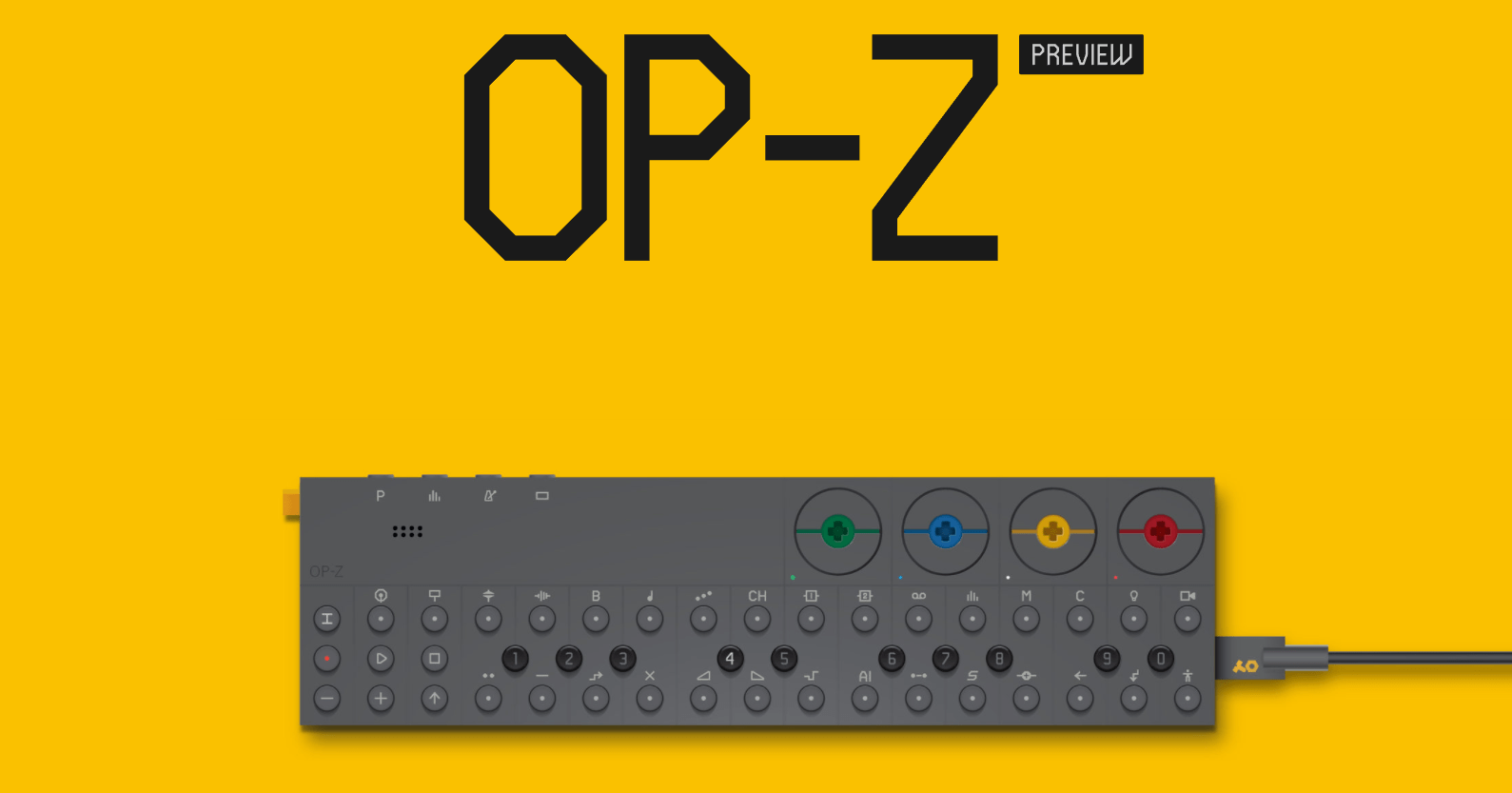 Ever since the OP-1 portable synthesizer hit the scene way back in 2010, Teenage Engineering has made a name for itself in the music production world as a development team to watch out for. The company’s quirky design philosophies and stringent focus on forcing musicians to be creative in new ways has made its way into all of TE’s unique products from OP-1 to the Pocket Operators, and now the upcoming OP-Z.

The miniature portable instrument is much more than your average battery-powered synthesizer. With a vast selection of synth engines, an extremely powerful 16-step sequencer, remote display iOS functionality and, what sounds like, incredibly compelling video/image/lightning integration, this is an entirely new beast all together.

As a proud owner of Teenage Engineering’s OP-1 synth and after a near 6-year gestation period, I can’t wait to get my hands on the OP-Z.

While TE has opted to remove the gorgeous built-in display in favor of using an iOS device in its place, for me, the company has seemingly addressed and fixed most of my complaints about the OP-1 this time around. As opposed to the incredibly fun, yet quite cumbersome, virtual tape machine setup, OP-Z will be entirely centered around a very powerful 16-step sequencer.

Teenage Engineering has halved the overall footprint here, but has in turn upped the ante on the overall power and increased the battery life significantly. This is a pretty good run down of what we are talking about here:

This time the machine is so small we guarantee it will upset you. It’s about half the size of OP-1, but comes with more DSP power that consumes less energy so now you can fly the Atlantic 4 times back and forth, sequencing complete songs on 16 dedicated tracks before you run out of power. 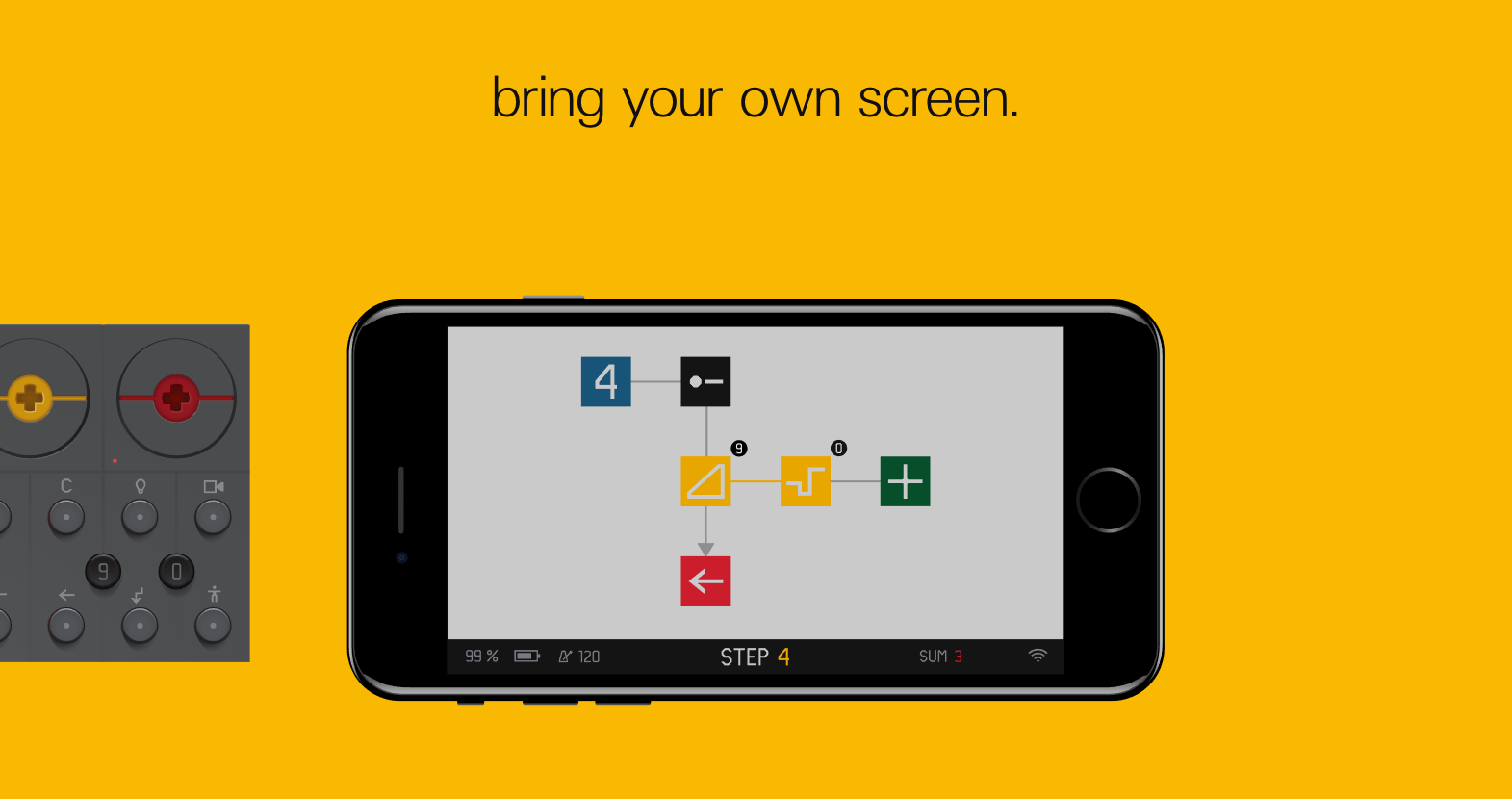 Now let’s talk about the iOS integration and the video sequencing elements. OP-Z can run entirely on its own as a standalone product, but you can also pair it with your iOS device for an “extra injection of vibrant graphics, interactive user interface and awesome synced animations to feel inspired, we introduce the concept of BYOS – bring your own screen. you already have the phone with that gorgeous retina display in your pocket, right?”

Not only can you sequence music parts (16 discreet tracks), but OP-Z will also allow you to sync your tracks with photos, custom graphics, video and even Unity 3D projects for more advanced users.

The system’s Photomatic tool will allow you to pull images from your iOS device, for example, and then sequence them to the beat of your songs. While it might sound gimmicky in comparison to more casual iOS products out there, it is easy to imagine this setup resulting in some wild live shows and things of that nature.

By adding any artwork or a photo to your iOS device camera roll or to a Dropbox folder, you can create high quality custom graphics, patterns, color palettes or stop motion videos. Anything can be animated in pace with your music.

After being delayed from the September 2017 release date, it looks like we can expect OP-Z to hit some time in May. While there has been no official word from Teenage Engineering thus far, we are starting to see retail listings pop-up at B&H and Sweetwater.

Here’s a great little demo from cuckoo music on YouTube.