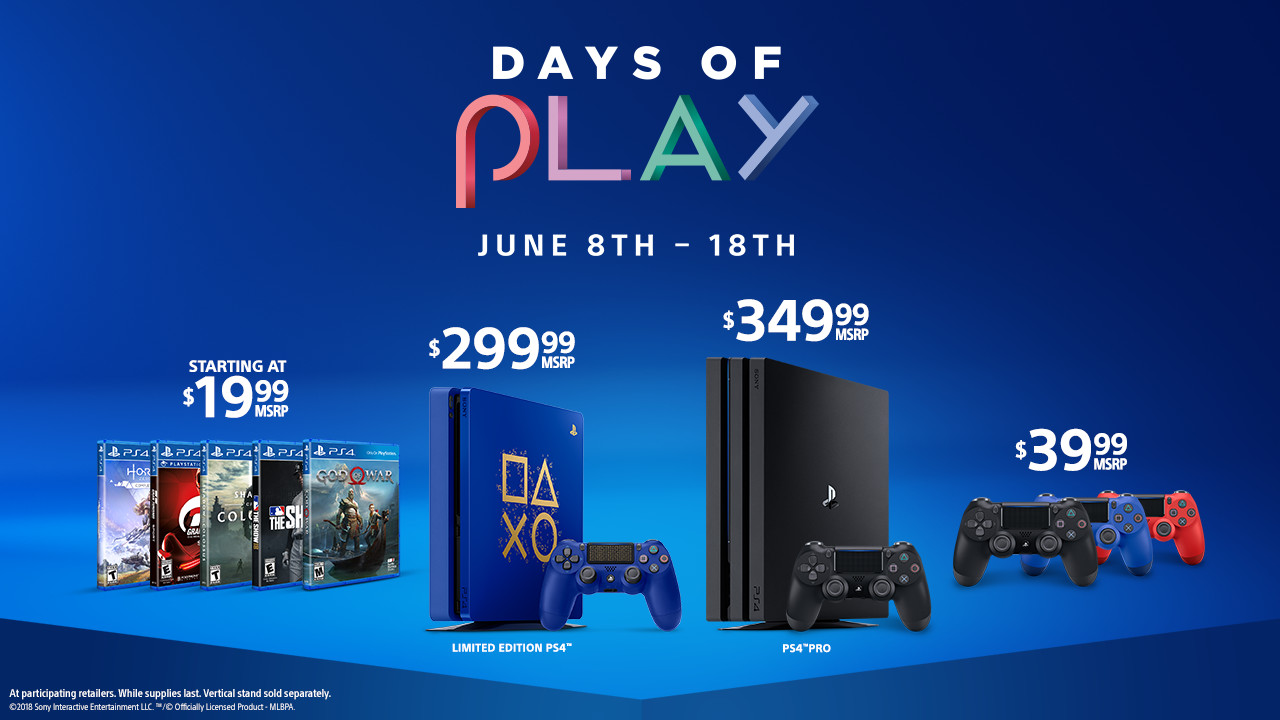 The big Microsoft E3 sale (mostly) went live yesterday, and now its Sony’s turn. We are seeing all of the major price drops that were announced last week now live at most major retailers including GameStop, Walmart and Best Buy, although we are expecting Amazon to begin price matching at some point throughout the day. The new Days of Play Limited Edition PS4 console is now live at $300 and we are even getting $50 off the white PS4 Pro at GameStop. Head below below for all that and some great deals on the new God of War, Horizon Zero Dawn, PSVR and more.

We are also getting a nice batch of discounted games here. The list isn’t quite as deep as we were hoping for but the one that really counts is in there. God of War is now $50 at Best Buy, meaning GCU members can grab it for just $39.99. That’s the best price we have ever tracked. We also have amazing deals on Horizon Zero Dawn starting at just $8 and Shadow of the Colossus:

Stay locked to our E3 2018 Guide for all hottest news, deals and announcements from the biggest event in gaming.