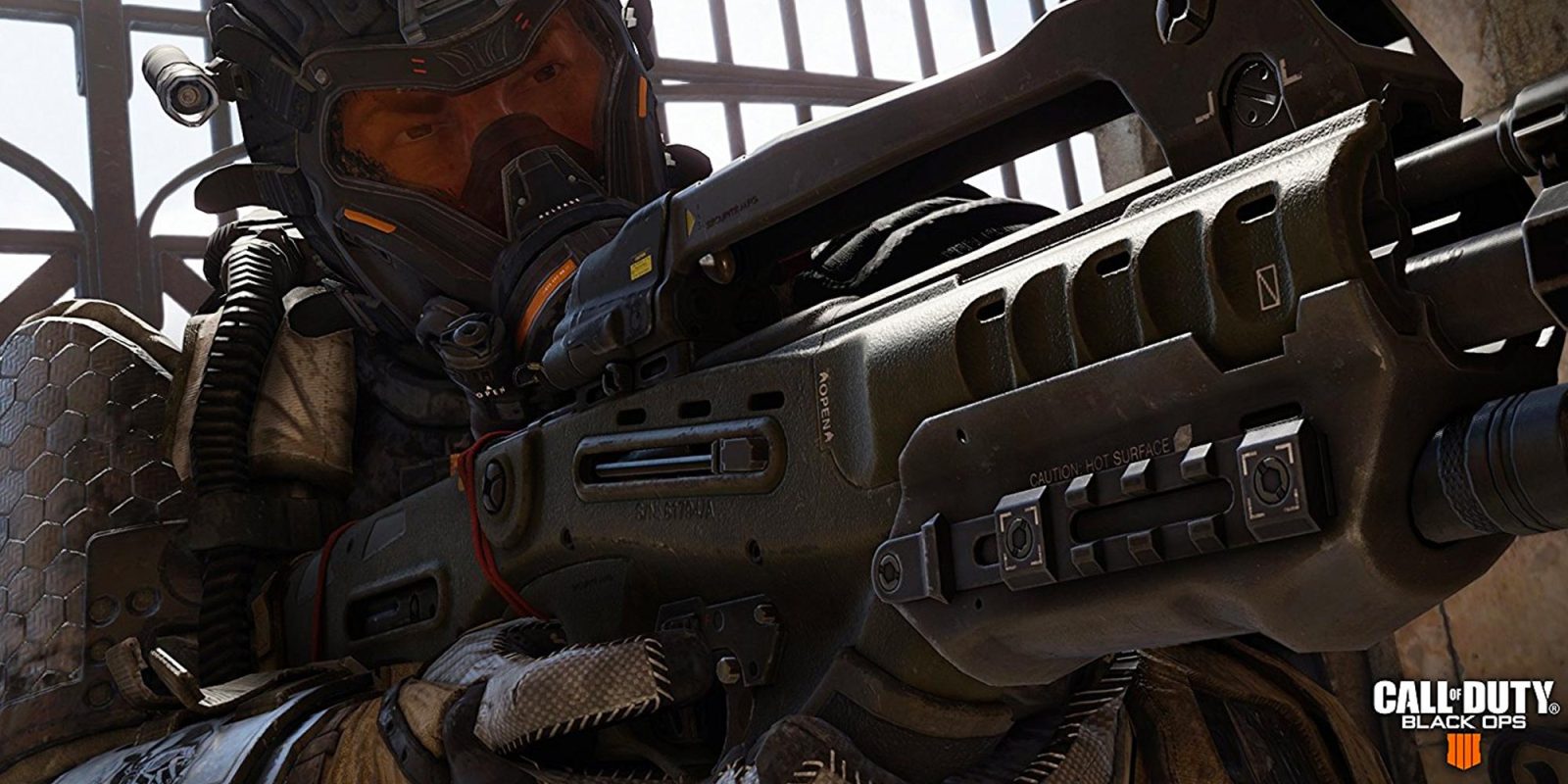 E3 just ended, and with it came tons of announcements. Though Black Ops 4 wasn’t announced at E3, Activision announced that it would be partnering with Comcast to provide pre-release gameplay to its customers.

Call of Duty: Black Ops 4 is the next game in the Black Ops series, but features tons of twists and turns from other games. With an official release set for October 12th, this is a great opportunity to experience the game first-hand before launch.

The latest Call of Duty game has been the center of some gaming controversy. At the time of the announcement, there was no word on how DLCs would be handled. Now that we have more information there, it’s time to really dive into how Call of Duty plans to release its latest game, and build up hype before the official launch date.

Starting at $60, you’ll get the base game of Call of Duty: Black Ops 4 and pre-release beta access to play at home. For $100, you can get the “Digital Deluxe” edition that features extra CoD Points, and the DLC expansion passes.

An extra $20 will give you a physical version of the game with a steelbook, and $30 (regularly, Amazon has this on sale for the normal Deluxe price currently) will get you a higher-tier Deluxe edition that includes more CoD Points but is otherwise similar to the regular Deluxe version.

This is going against the new trend started with games like Fortnite or Battlefield V which give increasingly more content without added charges. Battlefield V is releasing without any types of paid DLC packs, which is a new strategy for these style games.

Comcast Xfinity and Activision’s partnership here is in the form of a contest that will let you and a friend join Xfinity stores across the nation to play Black Ops 4 before release. 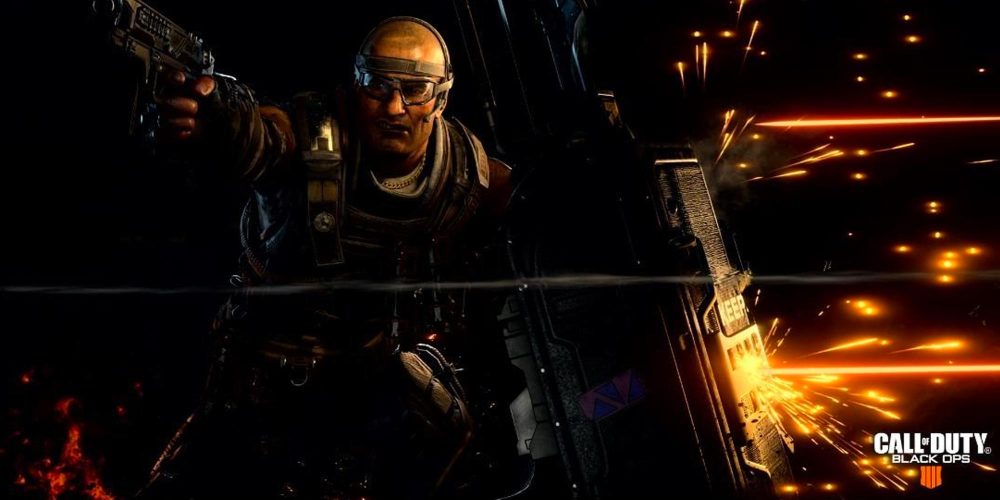 Each participating Xfinity location will have new and fun elements to bring gamers in. Gordon Hayward, a professional basketball player, will be joining the Boston Xfinity store to play Black Ops 4 alongside the city’s winners.

You can visit the Xfinity landing page to learn more and enter into the sweepstakes. There are limited markets that this event is available in:

I’ll be pre-ordering Black Ops 4 so I don’t have to worry about winning the sweepstakes to get early access, but the other perks, like meeting professional basketball players, could draw even those who pre-order to enter. 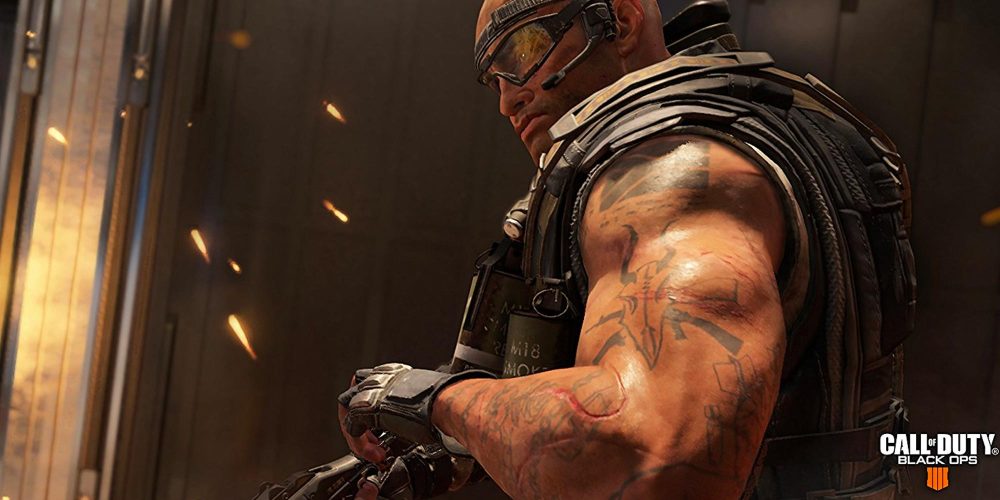 PHILADELPHIA–(BUSINESS WIRE)–Comcast and Activision today announced a partnership that provides gamers with a chance to play the Call of Duty: Black Ops 4 Multiplayer before its official release on October 12. Starting today and continuing through the end of August*, people online can enter a sweepstakes for a chance to play Call of Duty: Black Ops 4 Multiplayer at select Xfinity stores in Washington D.C., Boston, Philadelphia, Houston, Seattle, Chicago, Indianapolis and Atlanta. For official rules and regulations, as well as a complete list of locations, visit xfinity.com/CallofDuty.

“This year, Xfinity has elevated the consumer experience by offering Call of Duty fans a chance to play Black Ops 4 through the Xfinity store sweepstakes before its official release on October 12,” said Tyler Michaud, Vice President, Product Management at Activision. “Gamers will get a sneak peek at the engaging gameplay and depth of content that makes Black Ops 4 a blast to play together with your friends, and we thank Xfinity for the continued support in celebrating gamers throughout the U.S.”

In each location, Xfinity will add fun elements for gamers. As an example, professional basketball player Gordon Hayward will join players at the brand new Cambridge Xfinity store event in Boston, where he will play Call of Duty: Black Ops 4 alongside the city’s lucky sweepstakes winners. An avid gamer and streamer himself, Hayward will also partner with Xfinity on other gaming and esports initiatives throughout the year.

“Fast internet is a must-have for every gamer and as a longtime Xfinity customer, I can vouch for the speed and seamless gameplay it delivers,” said Hayward. “I’m excited to team up with Xfinity to bring early access of Call of Duty: Black Ops 4 to fans and I can’t wait to join my fellow gamers in Boston.”

Call of Duty: Black Ops 4 is the highly-anticipated entry in the top-selling series that’s had more than 200 million players and over 15 billion hours played. The new game delivers the deepest and most engaging Black Ops experience ever, and offers more ways to have fun with your friends. Multiplayer features gritty, grounded combat, along with new levels of customization and tactical gameplay, and a variety of new weaponry, maps and modes. While Zombies mode debuts an entirely new and unprecedented experience that’s the biggest Day One offering in franchise history – with three fully-featured Zombies experiences at launch. Black Ops 4 also delivers Blackout – the new battle royale-style experience that combines Black Ops’ signature fast, fluid, guns-up combat, with fierce new levels of survival competition across iconic Black Ops settings re-imagined at a colossal scale in an experience that only Black Ops could deliver.

“We’re excited to partner with Activision and Call of Duty in an even bigger way for fans this year,” said Todd Arata, Senior Vice President of Brand Marketing at Comcast. “Xfinity is proud to offer our Internet customers this special opportunity to get in early and play what is no doubt one of the world’s most anticipated video games of the year, plus it reinforces our Internet speed and capabilities that maximize the gaming experience.”

Xfinity and Activision made the announcement at the annual Electronic Entertainment Expo (E3) in Los Angeles, CA. This marks the second straight year Xfinity has partnered with Activision to provide its Internet customers with early access to one of the world’s all-time best-selling video game franchises. As part of the company’s program with Activision, Xfinity will again offer access to the Multiplayer Beta for Xfinity Internet customers and the company plans to release more details later this summer.**