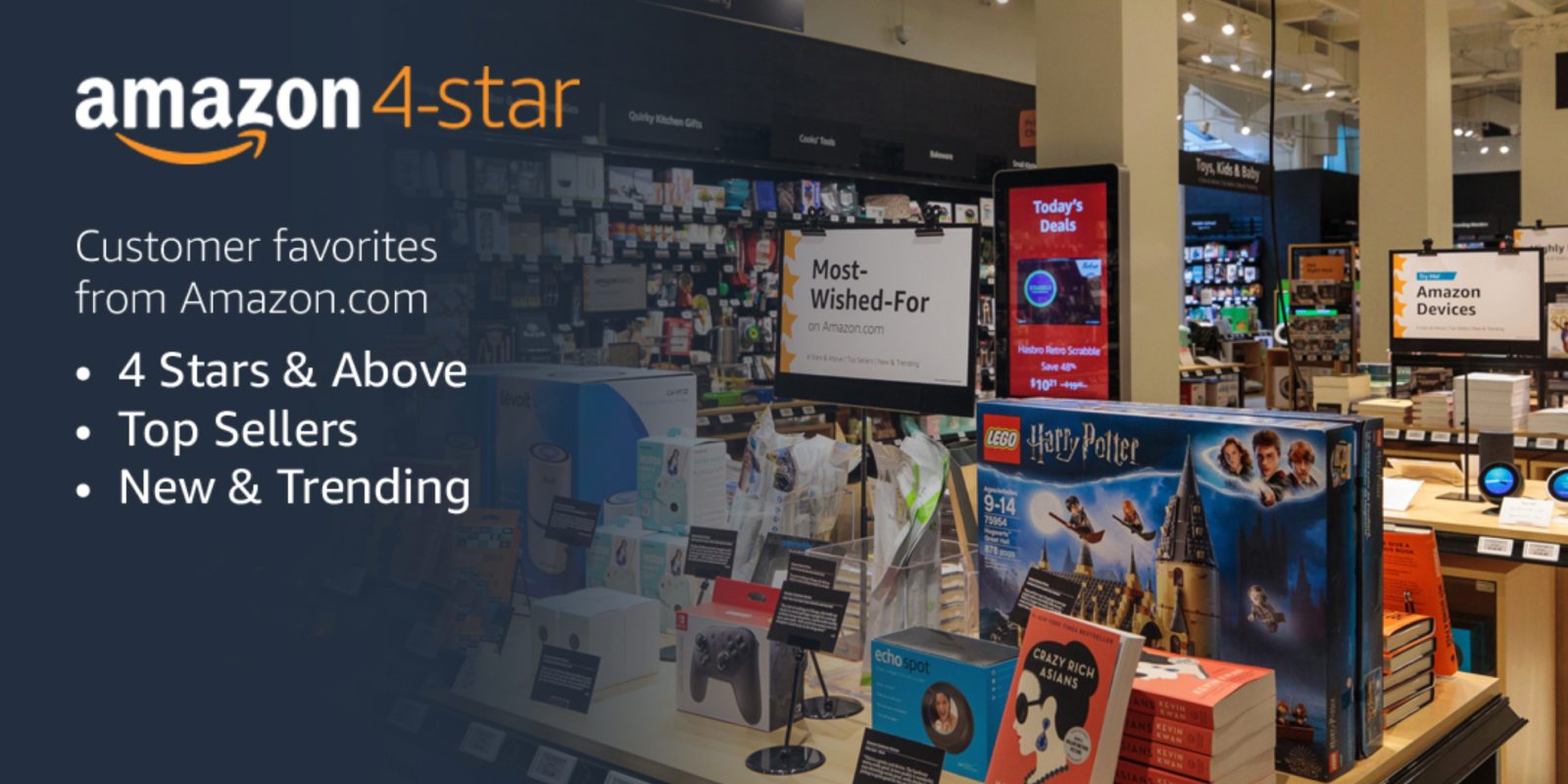 Today, Amazon is opening its latest brick and mortar storefront. This time around, it’s in New York City in the SoHo neighborhood. Amazon’s latest physical location will exclusively feature goods with 4+ star ratings from its online storefront. Inventory will also be shaped by local shopping habits based on previous purchases in the area on Amazon.

Given that Amazon recently expanded its autonomous Go grocery stores, it’s no surprise that Amazon is moving towards additional locations. Today’s opening departs from previous bookstore locations with a wider-range of products. More details below.

Amazon’s latest retail location will be located in the popular SoHo neighborhood. In fact, it will be just around the corner from Apple’s storefront. After purchasing Whole Foods last year, it became clear that the online giant was interested in expanding its physical presence. Today’s opening departs from its previous ventures with a focus on highly rated products, where as Whole Foods and Go are primarily groceries and its other locations are bookstores.

“We started with some of the most popular categories on Amazon.com including devices, consumer electronics, kitchen, home, toys, books, and games, and chose only the products that customers have rated 4 stars and above, are top sellers, or are new and trending,”

Much like Amazon Books, you’ll find the same pricing in-stores as you would online, as long as you’re a Prime member. Digital tags within the store will display two tiers of pricing, denoting the difference. This is often one of the major downfalls of brick and mortar stores. Amazon is beating them with lower prices online. But that’s the luxury of being one of the largest companies in the world.

Time will tell how popular this store will ultimately be for Amazon. Without a doubt, it will be a nice novelty location for shoppers to swing by. Most importantly, it gives Amazon another storefront in the New York area as a follow-up to last year’s Books opening.

One of Amazon’s biggest strengths is its access to consumer data. By offering a wide range of products to shoppers around the world, it can pick up on trends and act accordingly. The new 4-star location focuses on top-rated gear but will also serve as a testing ground for Amazon to put these practices into motion.

There’s a certain irony that Amazon is making such a push into physical storefronts. Some would say that they have slowly killed off brick and mortar stores. But it’s certainly exciting to see how a new player in the space might reimagine your shopping experience around town.

You can learn more about Amazon 4-star right here.