The new Razer Blade Stealth brings an updated design, powerful specs, and more to the table 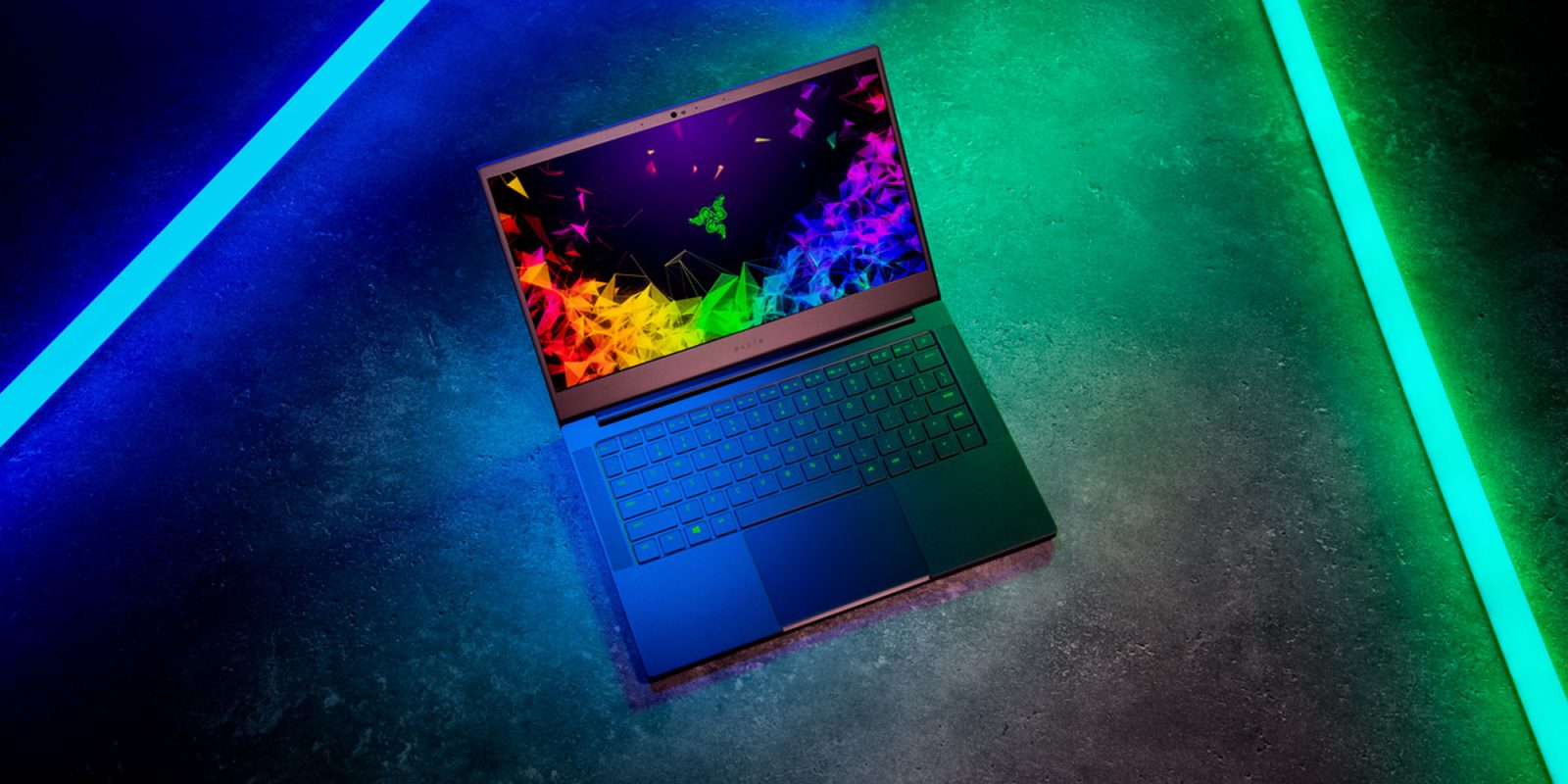 I owned an early 2018 Razer Blade Stealth for quite a few months before making my journey back to macOS. It was a fantastic computer, but I just missed macOS too much to stay on it. The hardware was great, it was fast, and the screen was beautiful. But, the overall design was not really updated, and there were no dedicated graphics. Despite packing Intel’s latest, the machine simply felt dated.

The Razer Blade Stealth gets a new design

This is one of the things that I disliked the most about my Blade Stealth, the design. I went from a 2016 MacBook Pro to a Blade Stealth and it felt like going back several years in the design department. The bezels were big, the overall design was still rounded when everything is going square now, and there was only one USB-C port.

With the latest release, Razer is matching its new Blade design from a few months ago along with several other great upgrades. The Bezels are now 60% thinner than the previous model, measuring just 4.9mm thin on the sides. The new square body design also brings it back current with the latest design trends that even Apple is following with its latest iPad Pro. 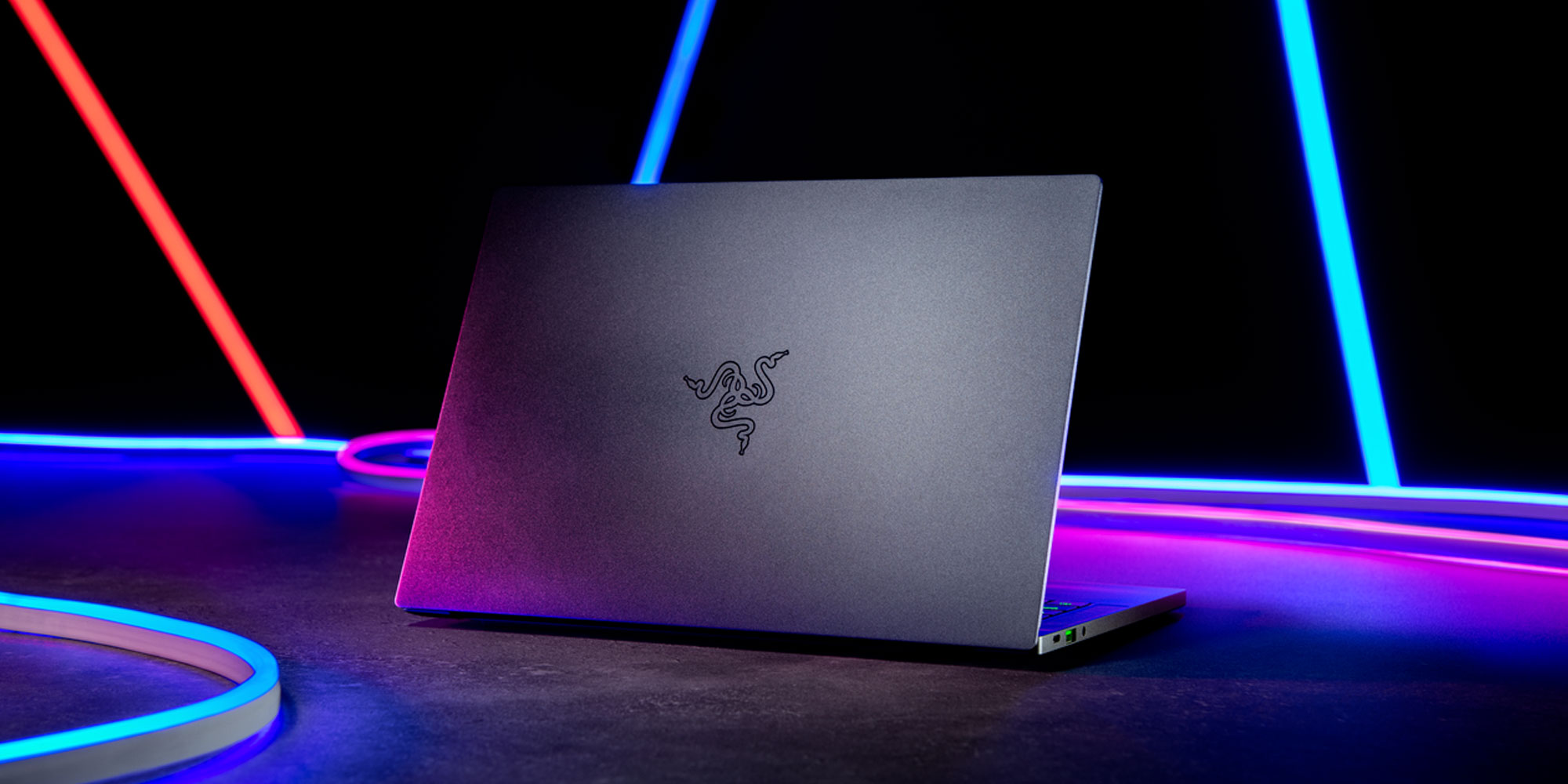 The one thing that’s still missing here (and from most other modern laptops, sadly) is an SD card slot. You can pick up a USB-C to SD adapter to use, but it’s just another dongle you’ll have to carry around.

Razer also added a Windows Hello IR camera to the new Blade Stealth. That makes authenticating in programs like 1Password a cinch and will log you in without having to type passwords all the time. 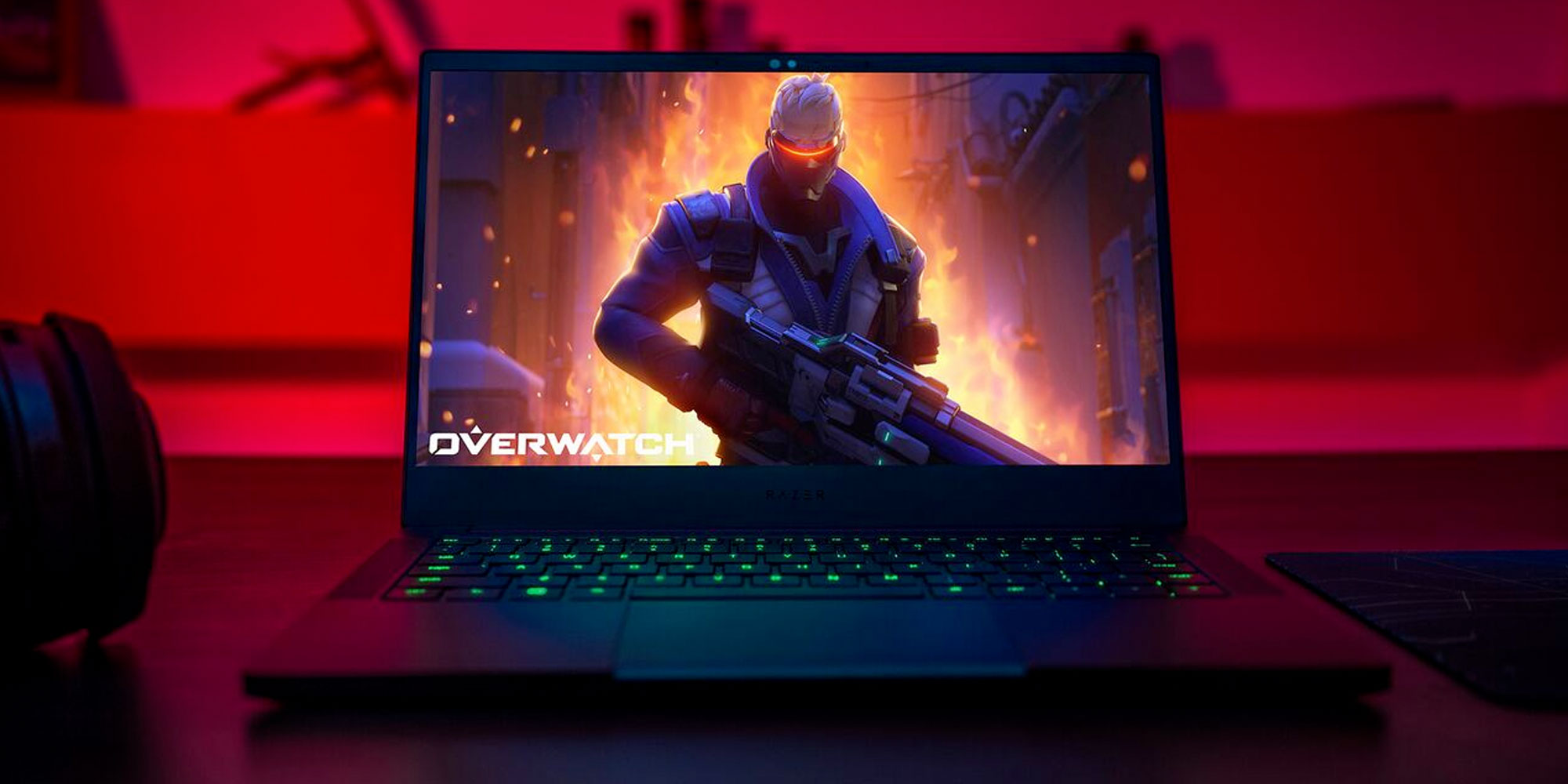 The last-generation Blade Stealth offered the Intel i7-8550U processor, which was a quad-core (eight thread) i7 with quite a bit of power. But, Razer upgraded that to the i7-8565U this time around, which features a faster Turbo boost and improved battery performance.

Another area that Razer upgraded this time around is the addition of an NVIDIA GeForce MX150 4GB graphics card. There was no dedicated graphics card in the previous Blade Stealth, and that was one of my major drawbacks when using it. Now the Blade Stealth has enough power for on-the-go editing, and the Thunderbolt 3 port allows you to hook up a beefier graphics card when you arrive back home for heavier tasks. 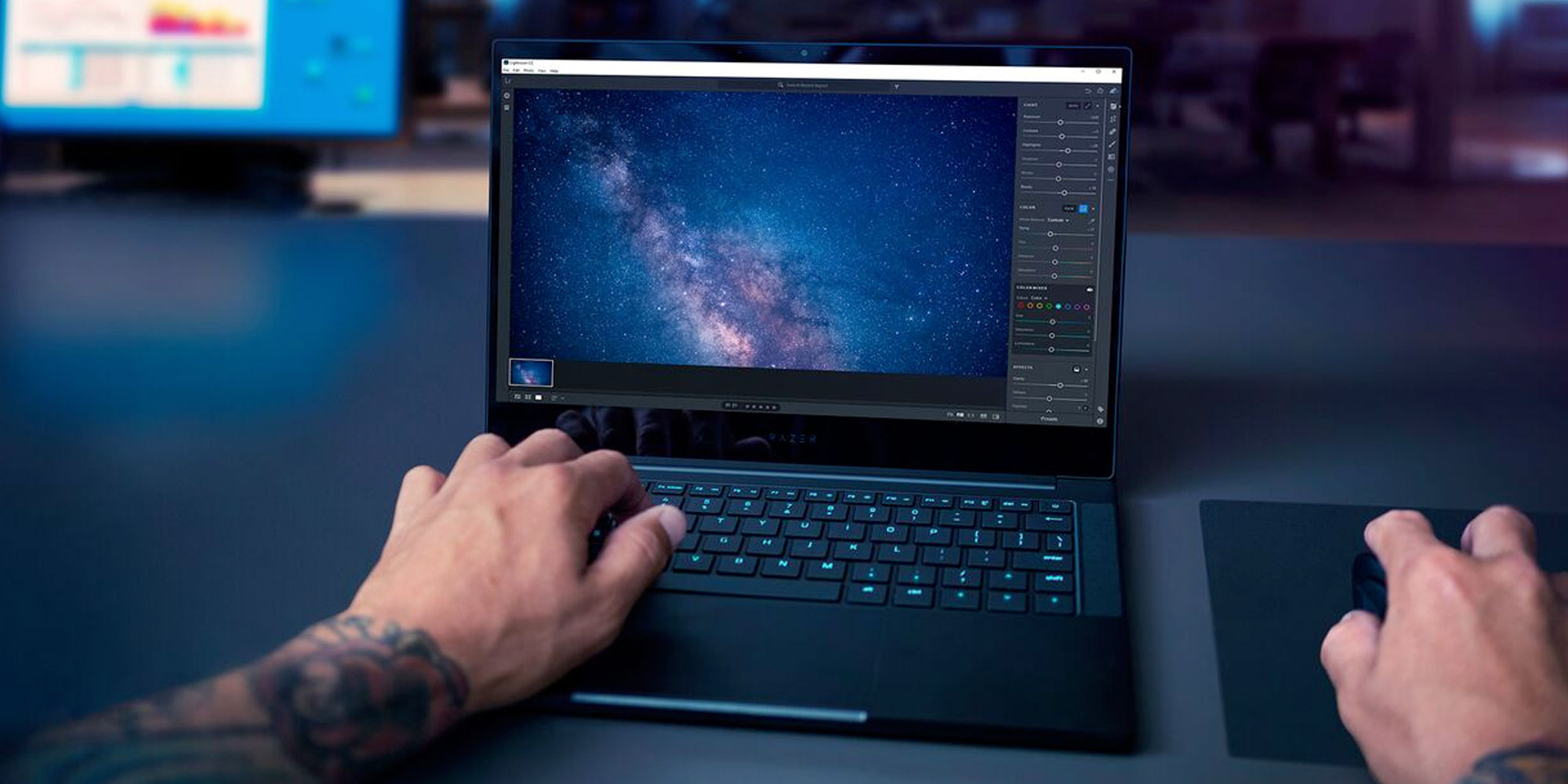 The new Blade Stealth will start at $1,399 and is available starting today from Razer.com and select retail partners. The base configuration will come with a 1080p display, 8GB of RAM, 256GB SSD, and no dedicated graphics card. Step that up to 16GB of RAM and the MX150 GPU for $1,599. You can also go all out with a 4K touchscreen, 16GB RAM, a 512GB SSD, and the MX150 GPU for $1,899. Be sure to get a configuration you’ll be comfortable running for a while, as the RAM and SSD are generally not upgradable in systems like this.

Display The new Micro Edge 4.9mm thin side bezels are over 60% thinner than the previous version for a visually stunning edge-to-edge picture. For retina-shattering clarity, the Razer Blade Stealth is available in a 13.3″ 4K (3840 x 2160) resolution with touch functionality and supports 100% sRGB color space. Each laptop display is now individually custom calibrated for amazing color accuracy out-of-the-box.

For additional security and convenience, the Razer Blade Stealth comes with a IR web camera that supports Windows Hello, a first for the Razer Blade family. Razer also retained the ideal web camera placement at the top of the screen to avoid awkward shots.

The Razer Blade Stealth has been redesigned and delivers increased performance in a compact chassis with up to 13 hours of battery life. The unibody frame is fortified using precision CNC-machining of high-grade aluminum, and its matte black color is anodized deeper into the aluminum at a sub-molecular level for maximum durability.

Despite packing more power than previous models, the new Razer Blade Stealth has a more compact surface area with the micro edge thin display bezels. Emblazoned on the back is a subtle black tone-on-tone Razer logo that will both blend in and stand out.

All configurations include a built-in 53.1Wh battery that has been optimized for all day mobility. Additionally, the laptop can be charged almost anywhere with the compact 65W USB-C charger that works on most flights with AC power available.

For the first time ever, the Razer Blade Stealth is available with NVIDIA® GeForce® graphics for up to 4X performance improvement when gaming and editing graphic content. Razer included the more powerful 25W NVIDIA® GeForce® MX150 4GB GDDR5 graphics, double the memory of similar 13-inch systems.

All models are also equipped with Intel® UHD Graphics 620, while dedicated graphics models leverage NVIDIA® Optimus technology to dynamically switch between the integrated and dedicated graphics to provide maximum performance and battery life when users need it.

“The Blade Stealth has excelled at being the best productivity laptop on the market” says Razer’s Co-Founder and CEO, Min-Liang Tan. “We pushed the boundaries further by incorporating NVIDIA graphics with up to four times the graphics performance while continuing to keep the system incredibly compact and thin. The results of our efforts have lead Razer to create one of the world’s most powerful ultraportable laptops ever.”

All configurations of the Razer Blade Stealth feature the new Whisky Lake 8th Gen Intel® Core ™ i7-8565U processor. The new quad-core processor outperforms its predecessor in throughput and responsiveness with Turbo Boost speeds up to 4.6 GHz. The base model of the Razer Blade Stealth comes with 8GB of 2133MHz dual-channel memory while dedicated graphics models are loaded with 16GB of 2133MHz dual-channel memory for power users.

The anti-ghosting keyboard has been optimized to feel punchier and more responsive. It now utilizes a single-zone RGB lighting system with full key backlighting and 16.8 million color options all powered by Razer Chroma™ and customizable through Razer Synapse 3 software. For pin point accuracy, Razer also improved the touchpad with a larger glass surface area and Microsoft Precision support.

Sound quality has improved dramatically in the new Razer Blade Stealth. The speaker count has doubled to four upward-firing speakers equipped with a Smart Amp to boost audio with greater clarity. Dolby Atmos® replicates sound in a 3-dimensional space for lifelike immersion.

The new line of Razer Blade Stealth laptops will start at $1,399 MSRP and will be available starting today from Razer.com and select retailers in the United States and Canada and coming soon to the United Kingdom, France, Germany, Nordics, China, Australia, Hong Kong, Japan, Singapore, and Taiwan. For more information, visit razer.com/blade-stealth.