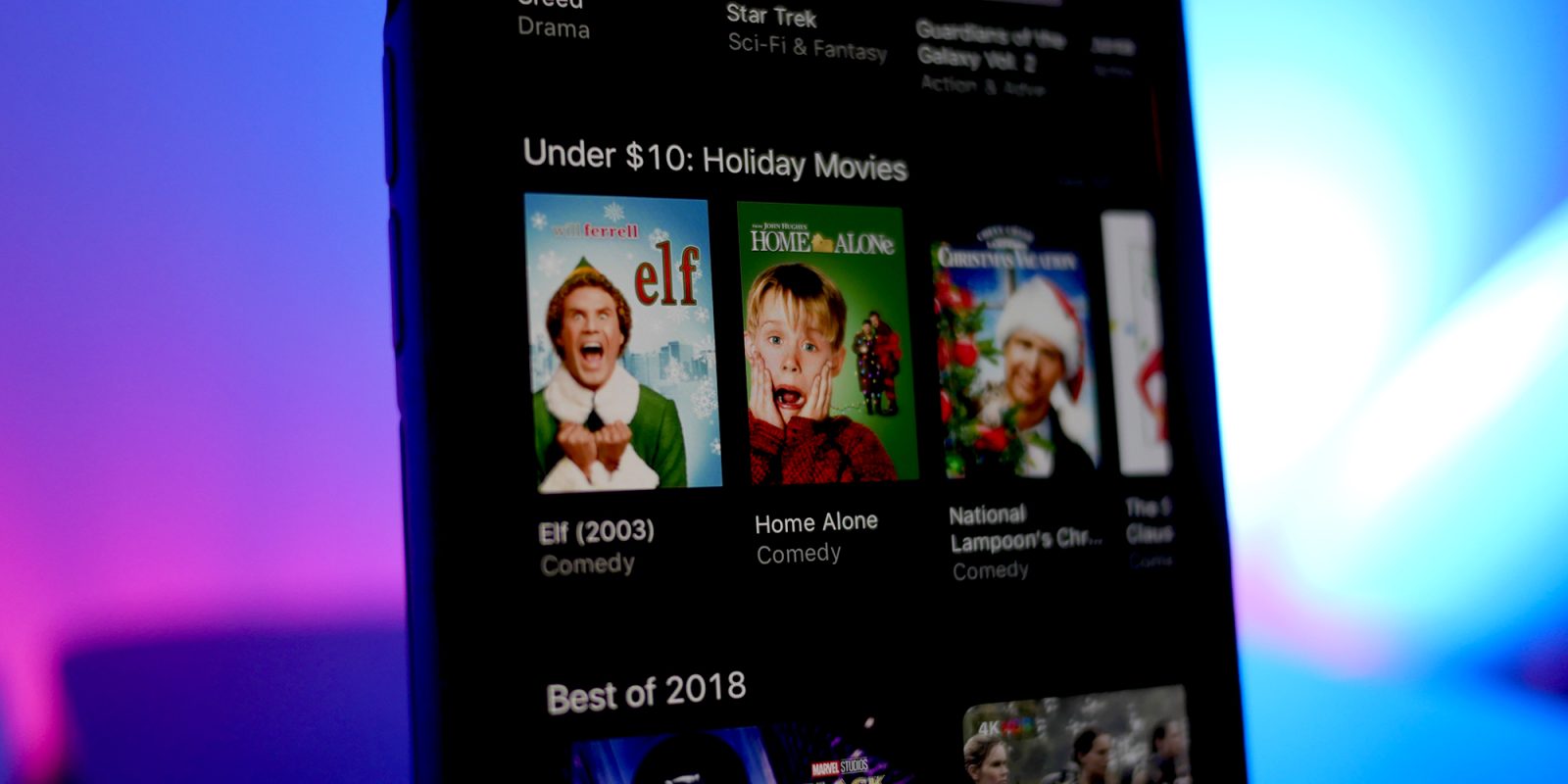 It’s time for our weekly batch of iTunes movie deals, and this time around there’s plenty of big names. Binge watching season is upon us as the holidays roll-on. Today’s sale delivers a number of notable discounted titles to enjoy throughout December. Head below for deals on Star Wars titles, Spider-Man, holiday classics and more.

Leading the way is a pair of deals on the latest Star Wars films. You can grab Solo or the Last Jedi for $15 each, which is down from the usual $20 price tag. We’re also seeing every Spider-Man movie discounted to $10, which is as much as 50% off the regular going rate.

Those in the holiday spirit will want to check out today’s sale. There are classics like A Charlie Brown Christmas for $10 (Reg. $15) and a five-film bundle that includes Home Alone, Miracle on 34th Street and more for $20 (Reg. up to $50). You can find all of the best holiday-inspired films on this landing page.

We also have The Dark Knight trilogy for $20, which is down from the usual $35+ price tag. This is a great way to enjoy all three Christian Bale Batman films this holiday season for less.

Other notable iTunes deals include:

We’ve also spotted this week’s $1 HD rental, which is Leave No Trace starring Ben Foster.  A single father and his daughter live off the grid for years and return to city life.