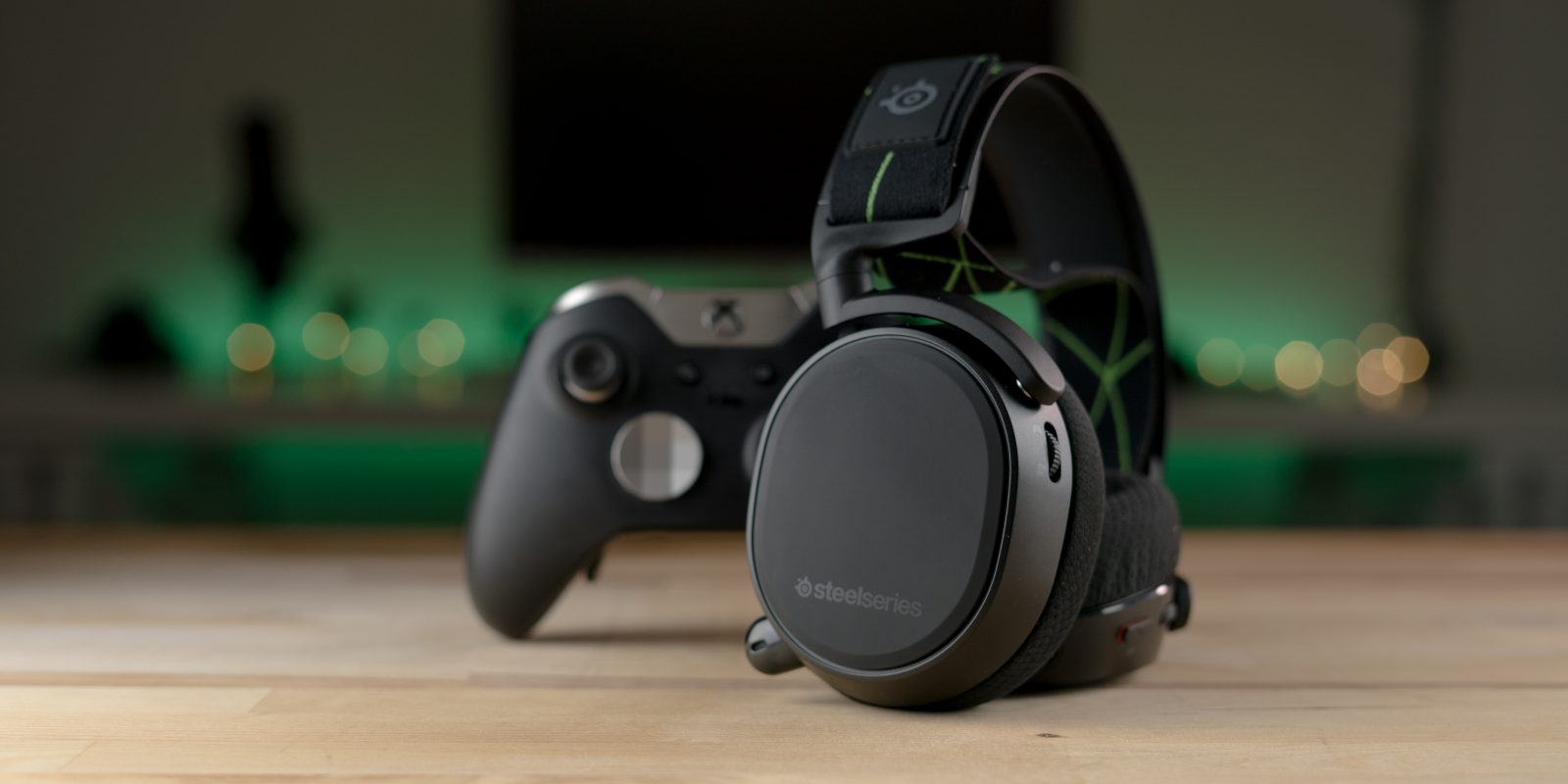 We’ve checked out quite a few headsets for Xbox that use adapters to achieve a wireless setup. But with the Xbox using its own wireless technology, finding a headset which works well for both audio and chat without any wires or dongles has been limited to a few choices. SteelSeries has thrown its hat into the ring with the brand new $200 Arctis 9X. Thanks to Xbox wireless connectivity, Bluetooth and 3.5mm inputs – it’s aimed directly at Xbox gamers but goes far beyond the console. Check out the video below.

The Arctis line of headsets from SteelSeries has earned many accolades with its various models. From the entry level $70 Arctis 3 to the top of the line $330 Arctis Pro Wireless, SteelSeries has something to fit most gaming needs. Adding to the SteelSeries’ pedigree, the Arctis 9X delivers something new to its lineup. They worked with Microsoft to develop a headset that effortlessly, and reliably, connects to the Xbox via Xbox Wireless. At the same time, you can connect via Bluetooth to your mobile device or PC to chat, listen to music, answer phone calls or whatever you like while gaming.

Overall I’m quite fond of the design – it’s simple and mostly blacked out. The entire Arctis line shares a very similar design. The only thing I don’t care for is the interesting green pattern on the strap. I think it makes it look cheaper than it actually is. It appears that maybe it could be swapped out with one from another model. Meanwhile, the ear cushions are soft and fit very well over my ears.

The right ear cup houses most of the controls. Here you can power on the headset, begin pairing, control bluetooth functions, mute the microphone and adjust volume. On the left ear cup is the dial to adjust the chat mix. This dial has a notch that lets you know when you’ve hit 50% – a very nice reference to help set your sound.

The Arctis 9X feels good in hand and on your ears. It’s not too heavy to feel cumbersome or too light to feel cheap. I do wish the volume and chatmix dials had a bit more resistance, they’re very easy to adjust and can be easily bumped when looking for another button or re-adjusting the headset.

Getting up and running with Xbox wireless connectivity is faily easy. I was able to easily connect the Arctis 9X to my Xbox the same way I would a controller. Once paired, it also acts like a controller by turning on your Xbox when powering on the Arctis 9X. While in range, the Arctis 9X sounded great. I had no issues with losing connection. The range of the Arctis 9X seems to be pretty similar to that of my controller. With my Xbox in the next room and separated by a thick wall, it would occasionally lose connection. But when in the same room as the console, I didn’t have any connection issues. 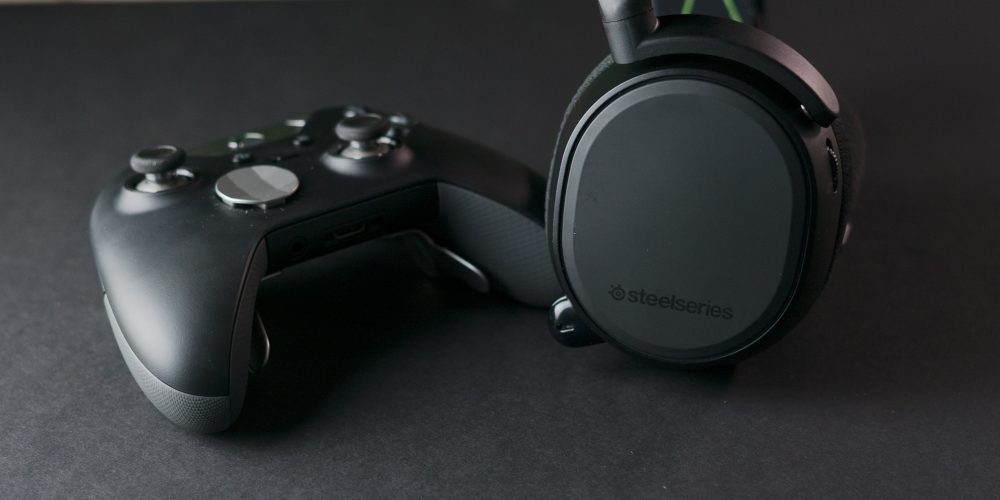 Bluetooth also behaved exactly as expected. The fact that it can be used at the same time as Xbox Wireless connectivity is very useful. When connected to your mobile device, you can take calls while gaming without changing connections, or you can use the 9X like any other Bluetooth headset. Listen to your favorite mix for gaming or even a podcast. Then, if you’re headed out you can take the Arctis 9X with you and keep listening to your podcast or music. The always attached microphone might make it stand out in everyday use like at the gym or on the bus, but maybe you’ll meet other gamers that way in, you know, real life. 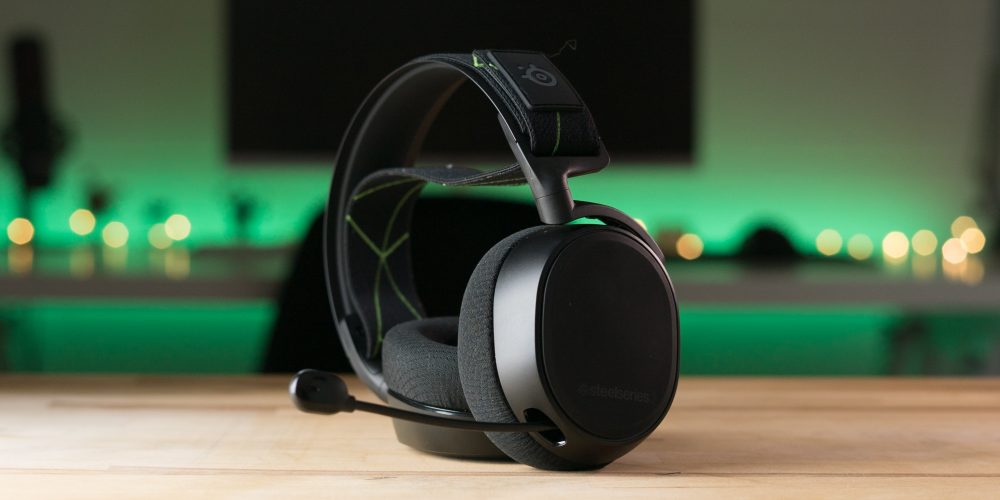 Other ways to listen

The Arctis 9X can also be used with Windows 10 but you need a Xbox Wireless adapter like this one to connect it in a similar fashion as an Xbox controller. Of course, you can connect via Bluetooth as well.

In addition to Xbox Wireless and Bluetooth, the 9X has a 3.5mm jack that can act as both an audio in and out. In the manual they describe it as the “headphone share jack” to send your audio feed to a friend’s headset, you just need a 3.5mm to 3.5mm cable to make it work.

With its large padded ear cushions and adjustable head strap I found the 9X to be very comfortable. I had no issues keeping the headset on for long gaming sessions without fatigue.

A common concern with wireless headsets is battery life. That’s not an issue with the Arctis 9X though. It sports up to 20 hours of gaming before needing to be recharged.

Audio hardware on the Arctis 9X is the same as some of the older models. 40mm drivers deliver 20-22,000 Hz with plenty of volume.

A simple push of the power button lets you cycle between four different EQ modes: flat, bass boost, smiley and focus. I found myself using flat and smiley most of the time. Smiley boosts a nice mix of lower and higher frequencies.

While not to the same level as my trusty Audio Technica ATH-M50x, I found the 9X perfectly acceptable for listening to music. The entire Arctis series has won plenty of awards for its audio quality and the 9X continues to proudly hold that banner.

Audio quality for gaming was great. While playing Battlefield V’s new game mode, Firestorm, I felt like I could easily hear other players around me. This is critical when playing a high stakes game type like battle royale. Depending on the EQ setting, the headset delivers impressive lows and clear highs. The focus EQ setting is supposed to help you pick out game centric noises easier by dipping some of the lower frequencies, but I landed on the smiley setting most often because in large intense combat moments, it left me smiling.

What good is a gaming headset if you can’t communicate with your squad? The Arctis 9X makes sure that isn’t a concern with the ClearCast microphone – a common feature on the Arctis line. The microphone does a great job of eliminating background noise and still producing a natural sounding voice tone. It’s easy to adjust to position it for the best sound. When you’re done using the microphone, it easily pushes back into the headset for storage. Depressing the mute button on the right side causes a red light to turn on at the end of the microphone letting you know that you are muted. 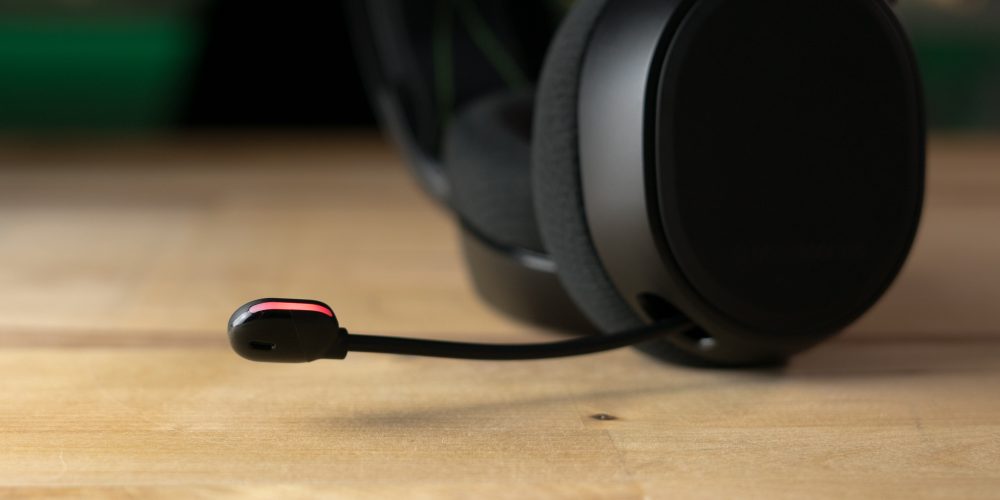 If you want to customize audio on the 9X even more, you can play around with settings inside the SteelSeries Engine 3 app. In here, you can set your own four eq settings, change how much mic audio is pumped back through the headphones, and setup individual configurations that can launch with specific applications.

At $200, the Arctis 9X isn’t the cheapest Xbox centric headset, but because it has Xbox Wireless, bluetooth and a 3.5mm in/out, it’s more than just a gaming headset. And even if it was just for gaming, it’s by far the best Xbox headset I’ve used. If you’re wanting to take your Xbox experience to the next level, picking up the Arctis 9X is a great way to go.