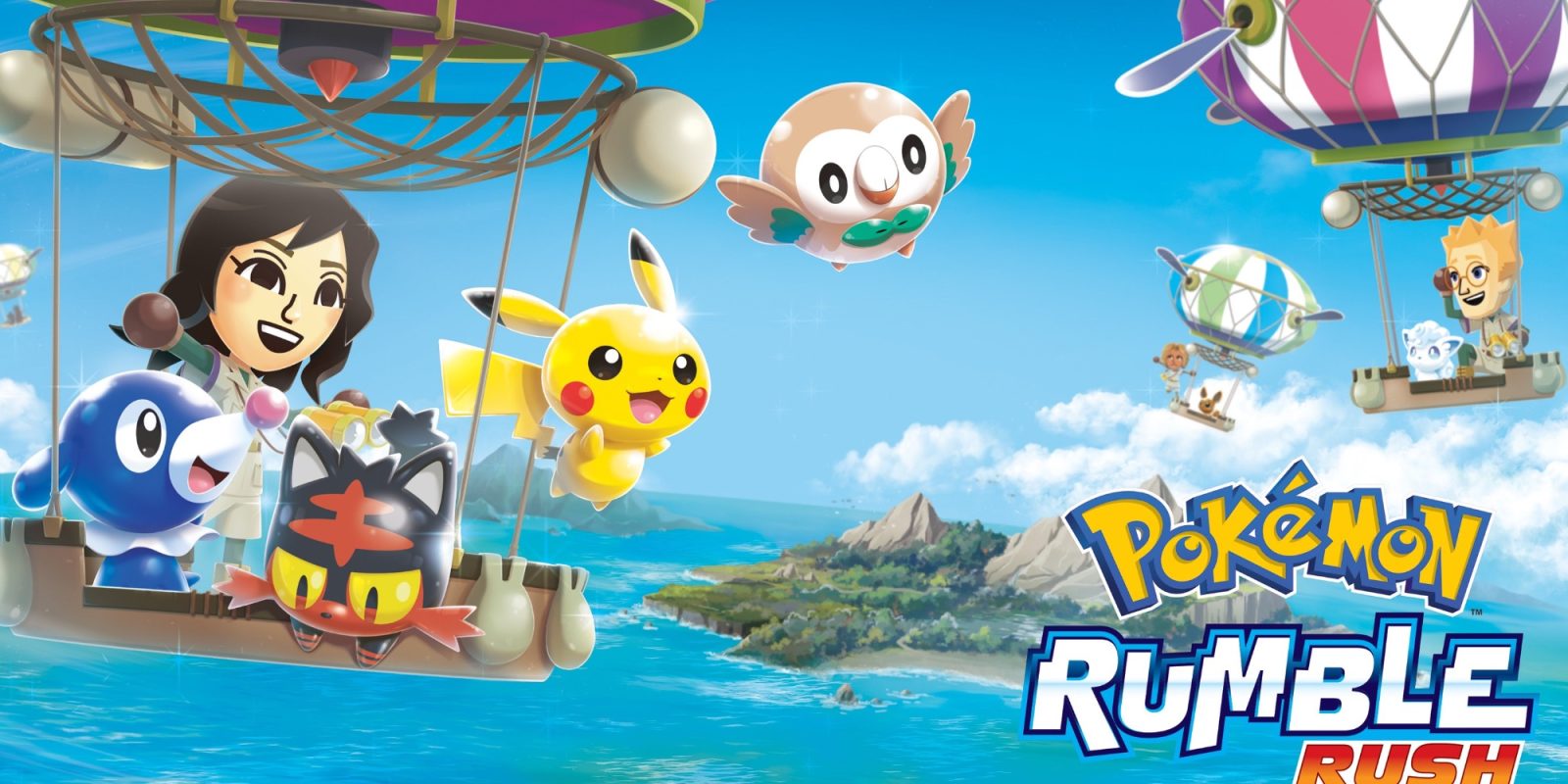 Today, The Pokémon Company has announced that fans will soon have yet another way to enjoy the series on their smartphones. The surprise announcement brings with it Pokémon Rumble Rush, an upcoming mobile title that will be finding its way to iOS and Android devices in the near future. The free-to-play beat ’em up game delivers a unique Pokémon experience, which you can find more details on below.

Past forays into the mobile space have resulted in the wildly popular Pokémon Go as well as lesser-known entires like Quest, Dual or Magikarp Jump. As the spiritual successor to the previously-cancelled PokéLand smartphone title, Rumble Rush is just the latest in games from The Pokémon Company. The WiiU also previously saw the release of Pokémon Rumble in 2009, making this akin to a direct sequel.

This time around, developer Ambrella has stepped in to steward the next free-to-play Pokémon title to smartphones. Differing from previous games, Rumble Rush sets you out to explore uncharted islands to encounter and battle new Pokémon. It’s a single player experience that’s said to be fast-paced yet easy to control while playing on-the-go. There are some online aspects though. Like if you’re the first player to discover an island, you’ll have the chance to name it.

Just like you’d expect, Rumble Rush focuses on training your companion Pokémon to battle with various wild species. By the looks of it, only Pokémon from the Kanto region will be appearing at launch, though that’s likely to change with future updates.

Other gameplay features include challenging bosses, refine ore to learn new moves and more. Given its free-to-play nature, in-app purchases have found their way into title.

Rumble Rush launches globally in the near future

As of now, The Pokémon Company has rolled out Rumble Rush to Android players in Australia. It’s expected to land on iOS well as other Android devices around the world sometime in the near future, though specifics on that have yet to be issued by the company. Just like what we saw with Pokemon Go and Magikarp Jump, the games were rolled out in select markets ahead of a global launch several days later. So if the past is any indication, those here in the States shouldn’t have too much longer to wait.

At first glance, Rumble Rush looks to be one of the more content-heavy smartphone releases from The Pokémon Company to date. It looks a little more in-depth than Quest, which featured a similar style of overhead Pokémon action. With Sword and Shield’s release date growing closer by the day, this is certainly a nice way to increase the hype around the next generation of Pokémon.